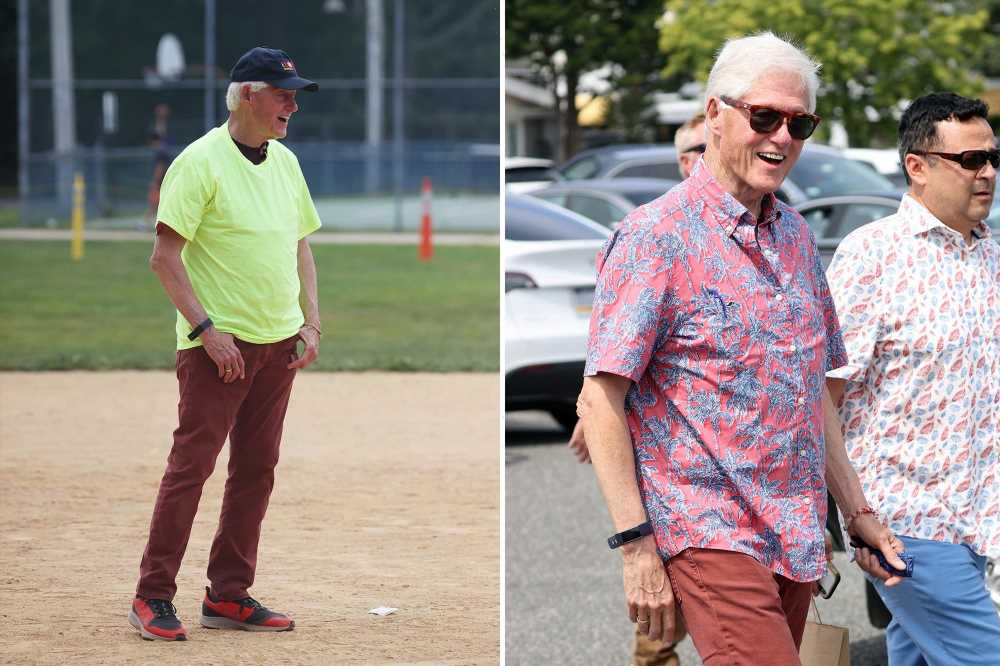 He was later photographed on the diamond in a neon green t-shirt, appearing to stretch before possibly participating. 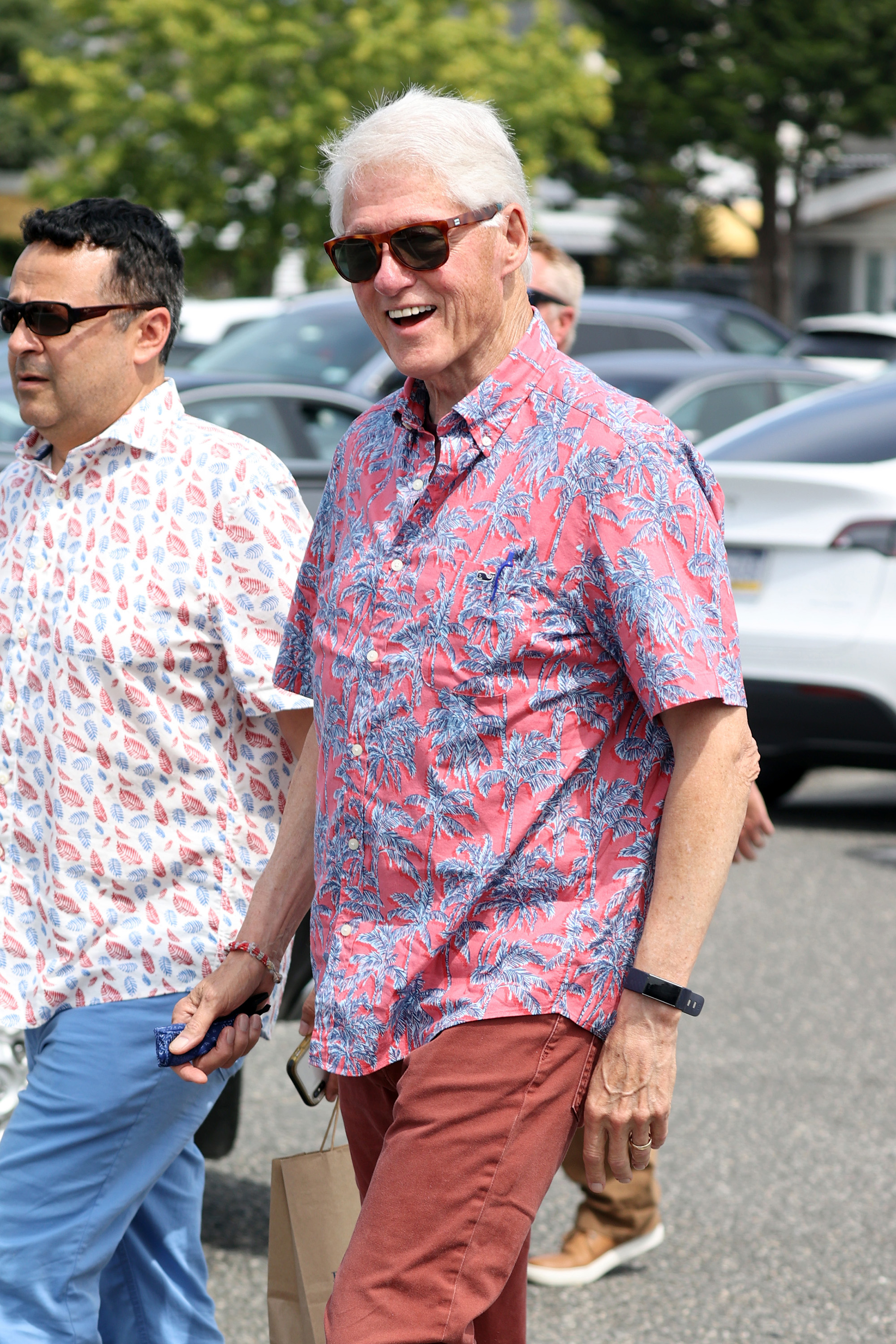 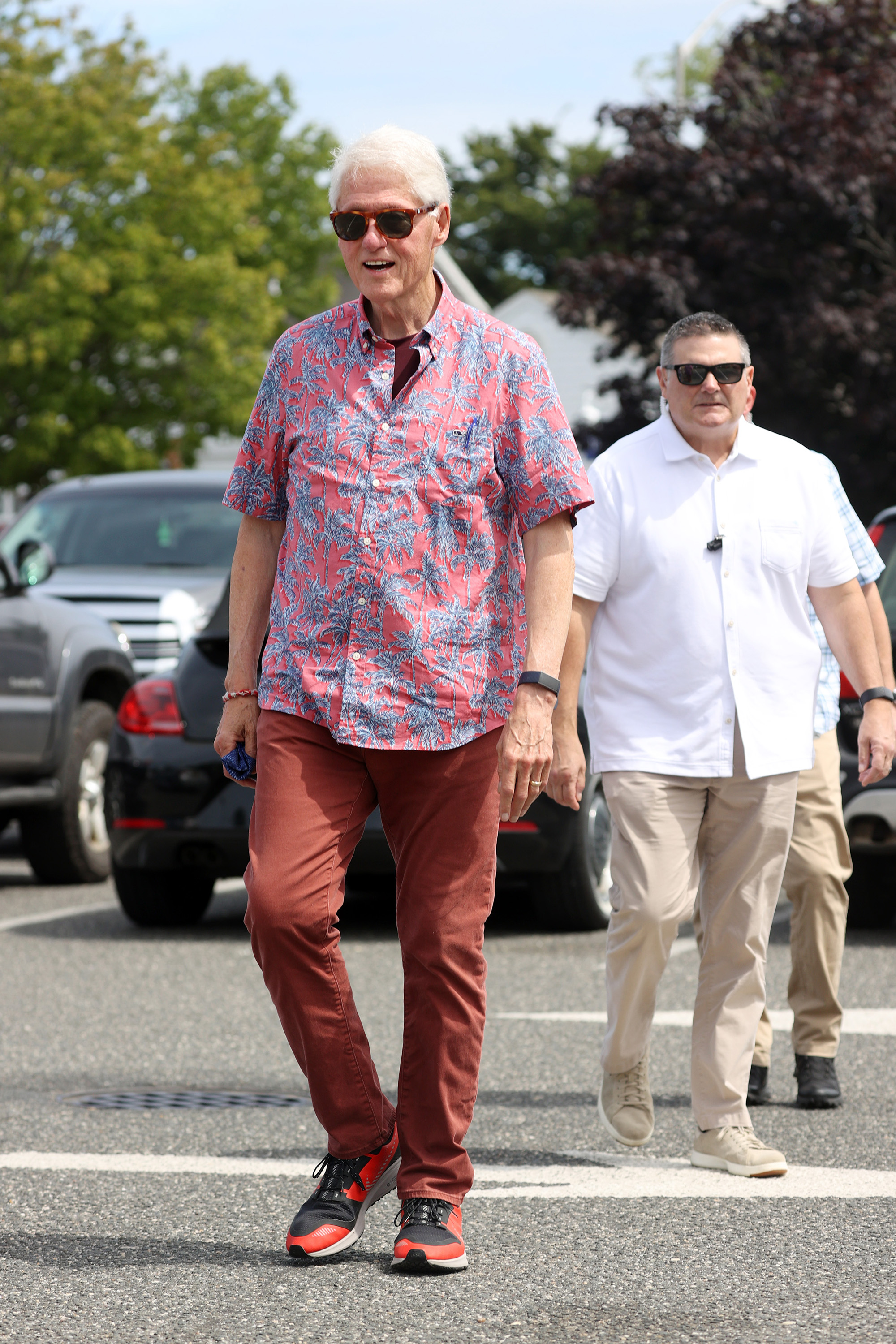 While it appears he chose not to run those bases, Clinton has had a decades-long relationship with the organization, playing his first game in 1988. As recently as 2019, he was tapped to play umpire for the game’s first inning.

“The East Hampton Artists & Writers Annual Softball Game and its events are dedicated to building a community around the game and building a better game to serve the community,” reads the organization’s mission statement.

“In the spirit of one of the longest continuing traditions on the East End, artists, writers, supporters and volunteers come together for entertainment, competition and fun to benefit local charities that provide vital human services.”

Other supporters and participants include Alec Baldwin and late “Inside the Actors Studio” host James Lipton, who called the game as announcer in 2016. 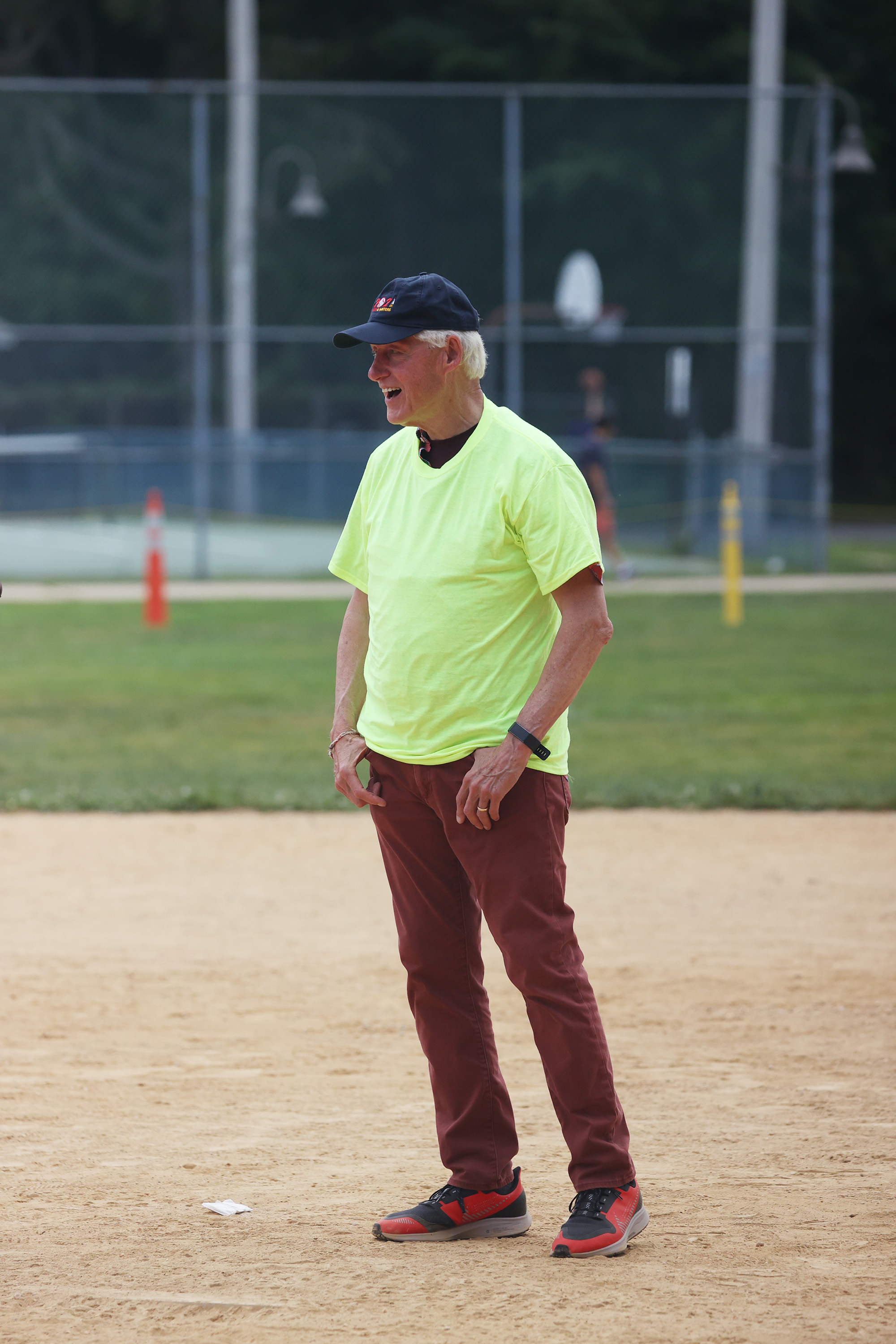 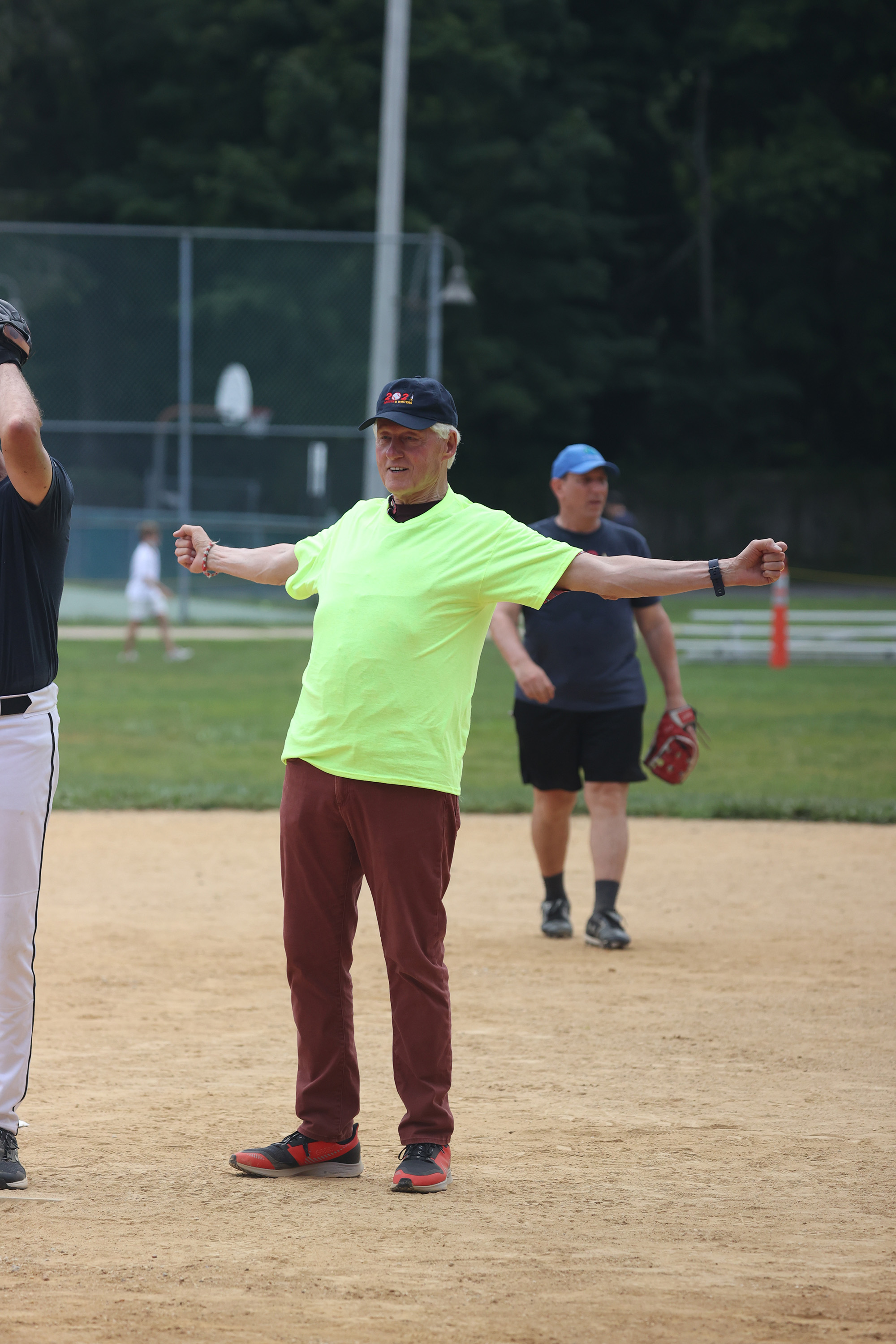 Upcoming FX series “Impeachment: American Crime Story” has much of Hollywood discussing the 42nd President and how his 1998 affair with Monica Lewinsky will be depicted on the small screen.

As for wife Hillary, series executive producer Brad Simpson doubts the 73-year-old former secretary of state will watch the 10-part drama series when it airs on Sept. 7.

“No one, as far as we know, from the Clinton camp has seen this series,” Simpson said. “Of course, I’m curious what they would think. I don’t imagine she will watch, no matter how emphatic we are to her.” 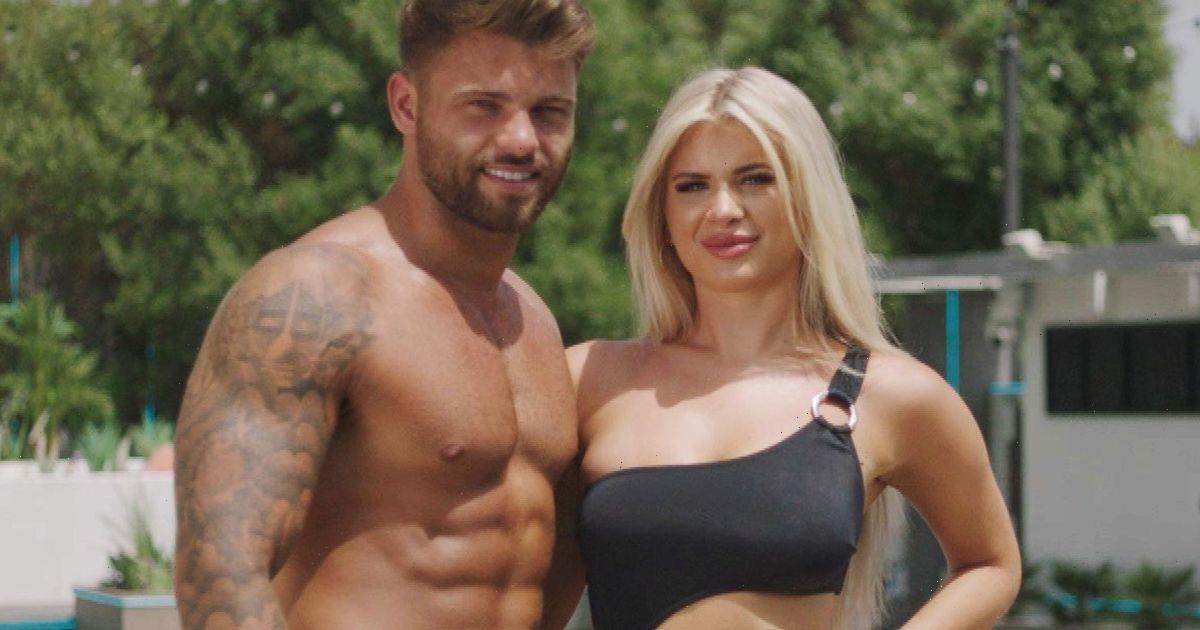 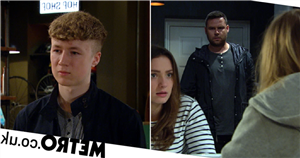