The British public took part in national clap last night to honour Captain Tom Moore, who died on February 2. Boris Johnson led the tributes as he clapped outside No 10 Downing Street with his partner Carrie Symonds.

Boris and Carrie stood in front of their home’s black door, but something about their body language looked amiss.

Instead of posing together, side-by-side, the couple stood apart – as if they were following social distancing measures.

She says: “It might have been understandable for Boris and Carrie to pose apart in the early days of their time in No 10 but it’s puzzling why they retain this very emphatic distancing now. 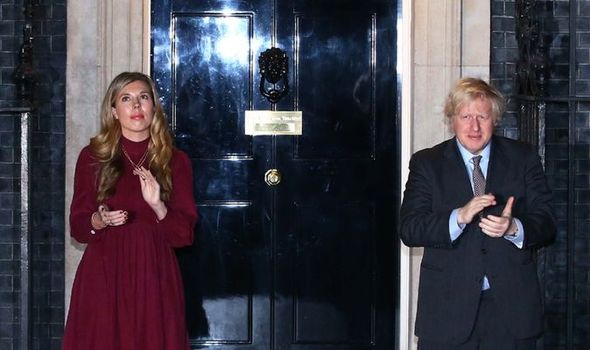 “They are an established couple with a small baby,” Judi adds.

Boris and Carrie live together and therefore would not be breaking any rules by standing close to one another.

Judi compares the couple to other high-profile couples that we have seen in the media recently.

DON’T MISS:
Baking soda toothpaste: How to whiten your teeth with baking soda [INSIGHT]
New rules could stop you buying new fridges, washing machines and ovens [RULES]
How much Save By The Bell star earned during career [NET WORTH]

Although Carrie does not stand close to Boris, Judi claims that this is not based on any “desire” from her to “take a lower profile”.

Judi refers to wives of past British prime ministers, including Samantha Cameron, and compares their behaviour with Carrie’s.

She says: “Wives like Samantha Cameron have always found it easy to pose beside their husbands or even behind them, looking supportive but low-key.”

Unlike Samantha, Carrie seems to want to attract the public’s attention. 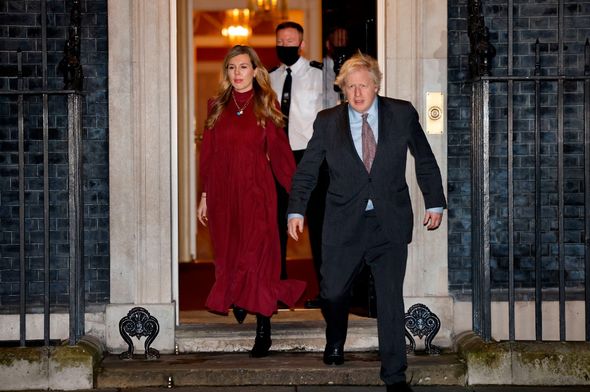 Judi says that Carrie’s appearance from last night tells us a lot about how the Prime Minister’s fiancée wants to be perceived by the public.

“Carrie, on the other hand, seems to be wearing attention-seeking colours here, including the classic ‘look at me!’ red lipstick,” she says.

Judi adds: “Her flanking of the doorway using a leg-splay stance and some very assertive body language suggests she might like to be seen as an equal to Boris in terms of power and status.”

The way that Carrie walked out of No 10 to stand in front of its door also made her appear “powerful and stately”. 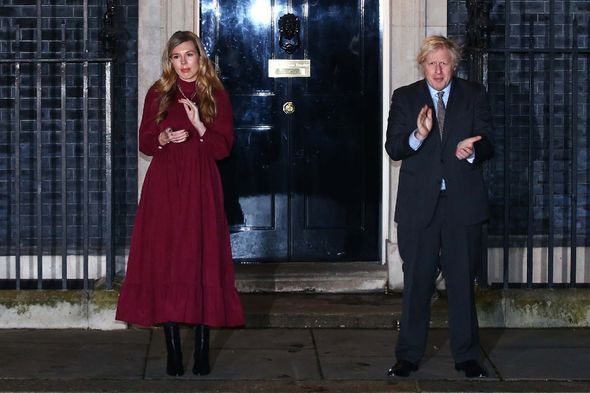 Carrie’s walk matched her partner’s, says Judi, as her arms were “held away from her torso in the same ‘penguin’ pose as Boris”.

However, despite the couple’s mirrored poses revealing “emotional bonding”, Judi explains that the space between Boris and Carrie suggest more of a “professional double-act”, rather than a personal or romantic one.

Carrie was unsmiling and clapped in a limp manner, but Judi says this might have been expected at such a sad occasion.

She says: “This type of body language might have been felt to be more appropriate.”