Builder, 33, who’s the spitting image of Brad Pitt reveals people constantly mistake him for the actor – but admits the attention broke up his relationship with the mother of his children

A builder has admitted his uncanny likeness to Brad Pitt means he can’t go anywhere without being stopped – and the attention broke up his relationship with the mother of his children.

Nathan Meads, 33, of Oxford, first started being approached 10 years ago by starstruck strangers who thought he looked like the Hollywood heartthrob.

They would ask the groundworker for a photo, a signature and a chat, which his ex-girlfriend found unbearable.

Thankfully his new partner loves the attention he receives – however his good looks almost scuppered that relationship too when she nearly refused to meet him, fearing he was a catfish.

While Nathan insists he can’t see the resemblance himself, thousands of people have approached him and he gets dozens of messages every day on social media. 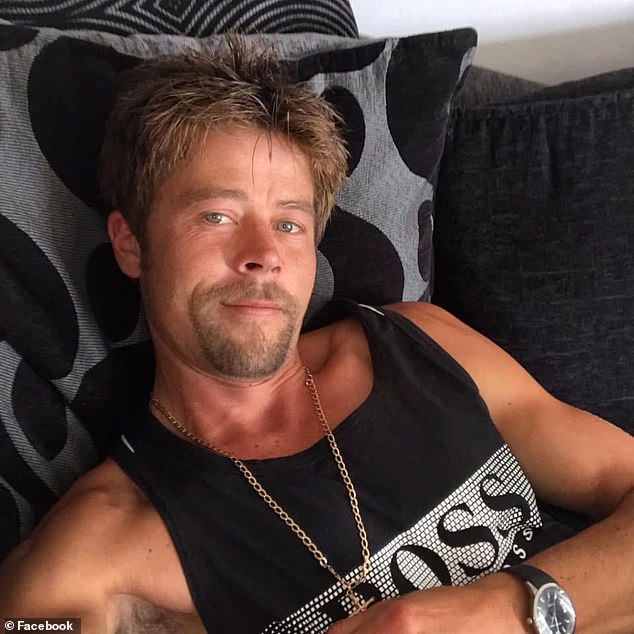 Nathan Meads, 33, of Oxford, has admitted his uncanny likeness to Brad Pitt means he can’t go anywhere without being stopped

‘I can’t go anywhere. I can’t go into shops, you see them behind the counter nudging each other, thinking I’m Brad Pitt,’ Nathan said.

‘I’m not one of those lads who thinks they’re really good looking. I’ve had quite a few girlfriends, but I’ve never thought I was one of those men that everyone fancies.’

Nathan has grown a goatie to match the actor’s, but apart from that he says he hasn’t changed his look to enhance the resemblance.

And he insists that he isn’t annoyed by the constant attention, admitting: ‘If it puts a smile on their face, I’m happy to do it.’ 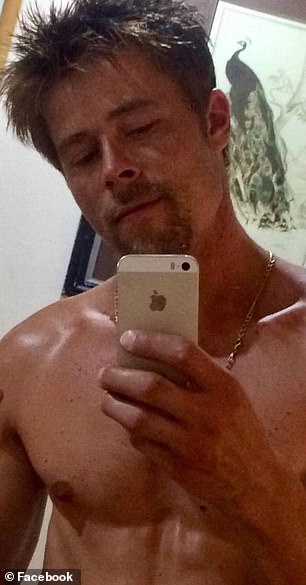 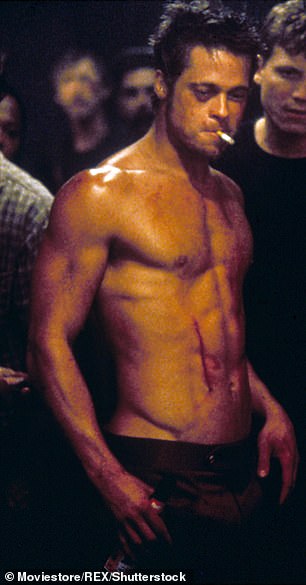 Nathan, pictured left, has grown a goatie to match the actor’s (pictured right in Fight Club), but apart from that he says he hasn’t changed his look to enhance the resemblance

Looking like Brad Pitt even managed to help him bag his current girlfriend Adiel Mckinven.

She messaged him last October on Facebook complimenting him on his gorgeous looks.

But when Nathan asked her out for dinner, Adiel thought he was too good-looking to be real and must be a catfish.

But as soon as she saw Nathan in the flesh, it was love at first sight.

Nursery manager Adiel, 30, loves her boyfriend taking part in meet-and-greets and insists she never gets jealous. 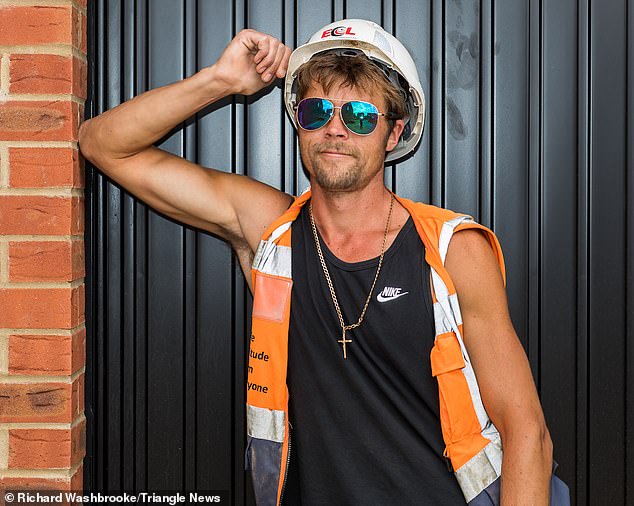 When Nathan asked his now-girlfriend out for dinner for the first time, Adiel thought he was too good-looking to be real and must be a catfish

She said: ‘Nathan laughs at it and so do I – it’s just a shame I don’t look like Angelina Jolie!’

But Nathan’s girlfriends haven’t always enjoyed the attention the gorgeous lookalike receives from other women.

It contributed to the breakdown of his relationship with the mother of his two daughters, Laila, four, and Grace, nine.

‘She hated that we couldn’t go anywhere without girls coming up to me and asking me for photos,’ he admitted.

Nathan lays curbs, patios and driveways as a groundsman and is currently working for Bloor Homes on their site in Stoke Mandeville, Bucks. 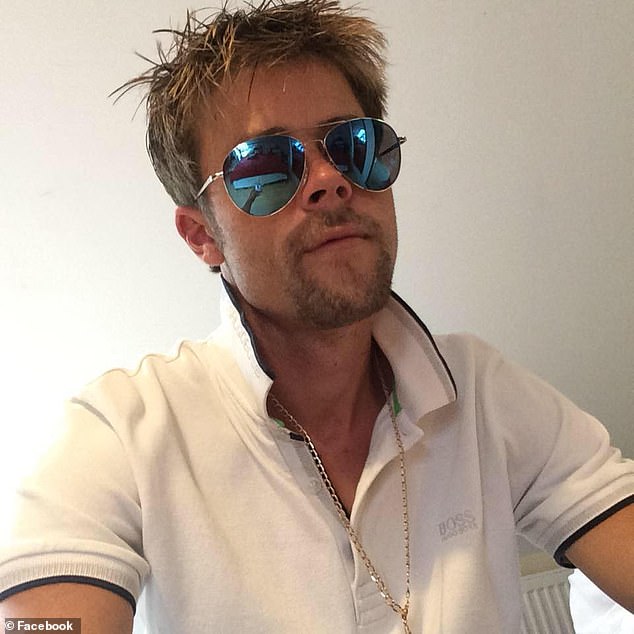 But Nathan dreams of quitting his job and becoming a full-time Brad lookalike.

He has had so much female attention from delighted fans that he now even answers to the name Brad. 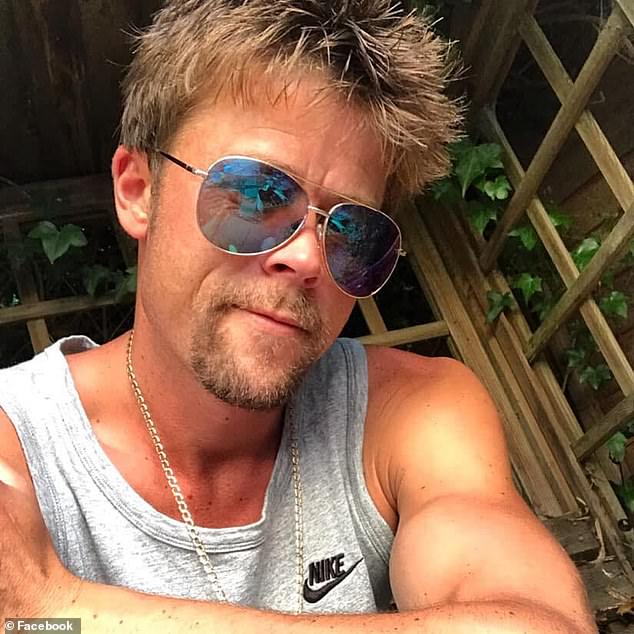 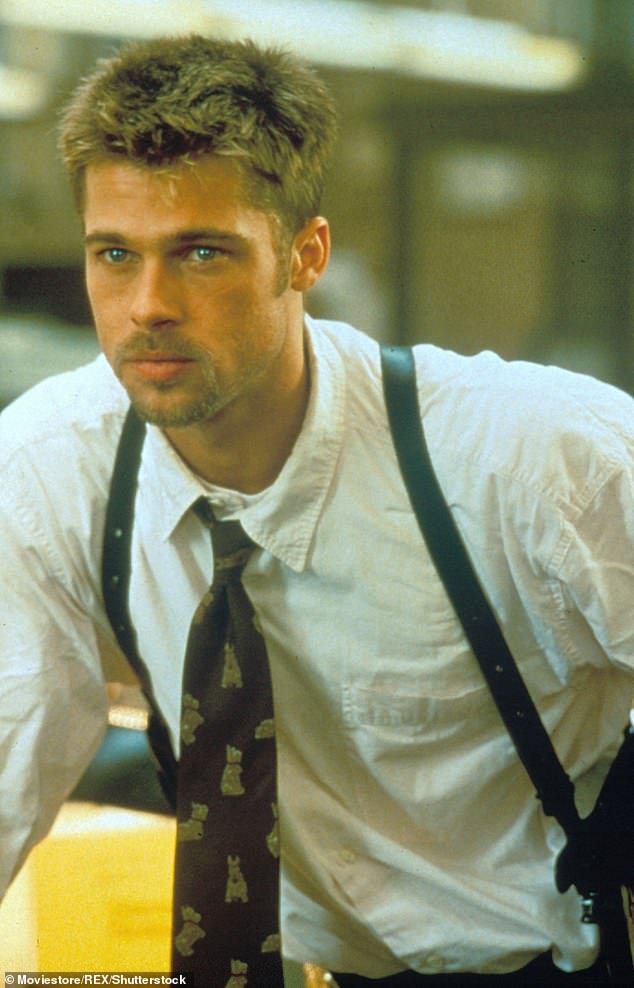 The builder has had so much female attention from delighted fans that he now even answers to the name Brad (pictured: Brad Pitt in Seven)

His workmates onsite never call him Nathan, only ‘Brad’ or ‘Bradders’.

For the last two years, Nathan has had a side-career doing meet and greets as the Hollywood superstar.

He has been invited to events including the launch of footballer Rio Ferdinand’s nightclub in Manchester, film premieres and celebrity parties.

He’s also done some TV work, including being approached by Channel 4’s Big Brother and working on BBC drama Silent Witness when it was filmed in Oxford.

Paddy McGuinness even asked Nathan to appear on dating show Take Me Out.