The supermodel, 28, has teamed up with Puma for the second time to design a rainbow-hued range in honor of the LGBTQ community.

“For my second Pride collaboration with Puma, I wanted to not only celebrate Pride month but also honor the strength of the community, specifically in regard to the mental health hurdles that the LGBTQIA+ community has faced,” Delevingne said in a statement.

It’s a cause that’s close to the model and actress’ heart; in an interview with Porter magazine, she revealed that Harvey Weinstein once told her, “You will never make it in this industry as a gay woman — get a beard.”

Delevingne rejected the disgraced producer’s advice. In 2019, she confirmed her relationship with fellow actress Ashley Benson, citing the 50-year anniversary of the Stonewall riots and the celebration of Pride as her inspiration for speaking out.

While the pair parted ways in 2020, Delevingne’s also been linked with Michelle Rodriguez, St. Vincent, Amber Heard and Paris Jackson over the years.

Last year, she came out as pansexual, telling Variety, “Once I could talk about my sexuality freely, I wasn’t hiding anything anymore. And the person I hid it from the most was myself.” 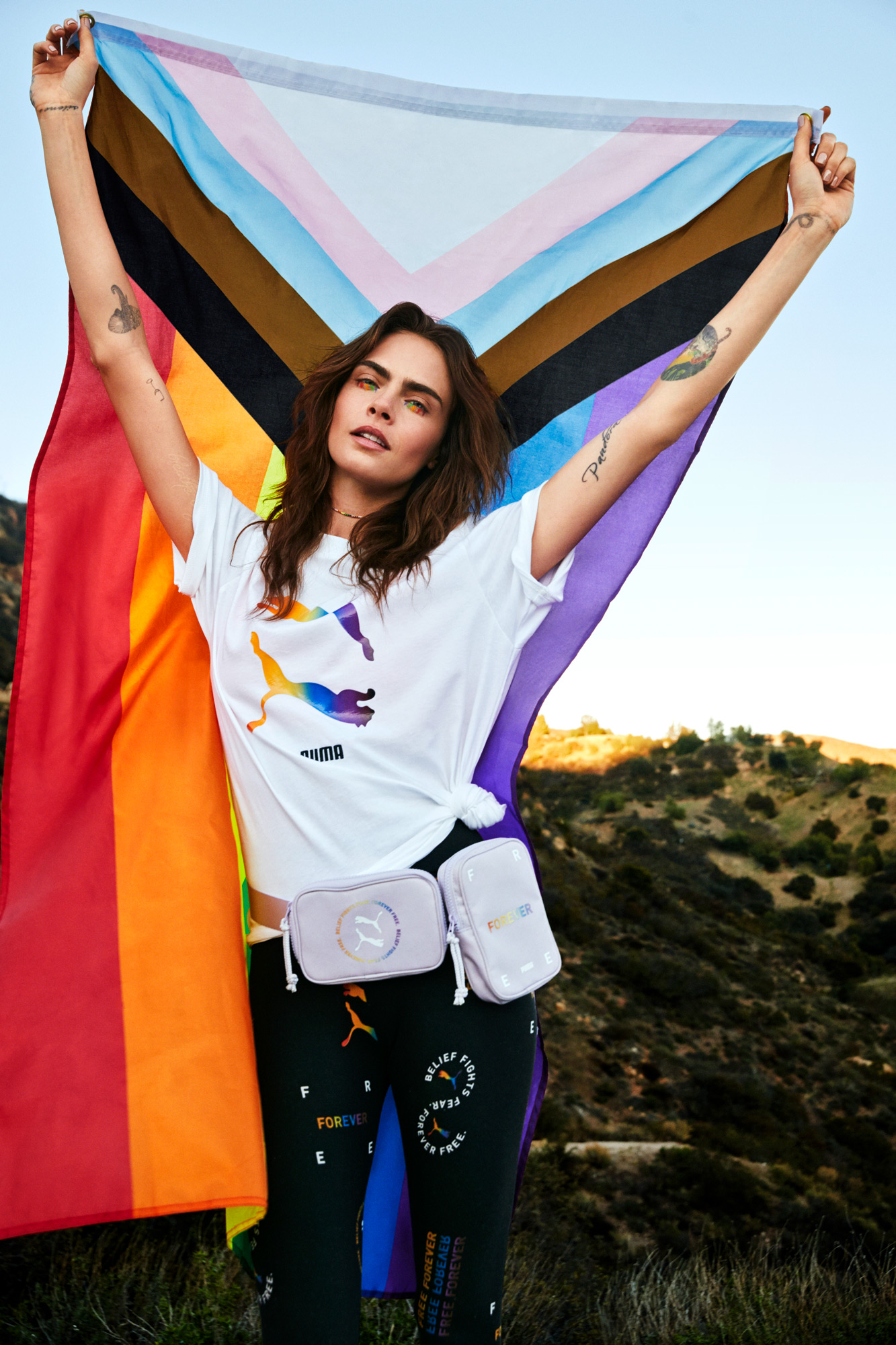 Her unisex Forever Free Pride collection for Puma — which is now available to purchase — includes apparel like T-shirts ($30), hoodies ($65), a bodysuit ($45) and leggings ($35), in addition to accessories like a fanny pack ($55).

There’s also a multicolored take on the classic Puma suede sneaker as well as a rainbow-embellished slide.

Twenty percent of the line’s proceeds, with a maximum donation of $500,000, will go to the Cara Delevingne Foundation, a project of the Giving Back Fund. That donation will be used to support LGBTQIA+ charities around the globe.