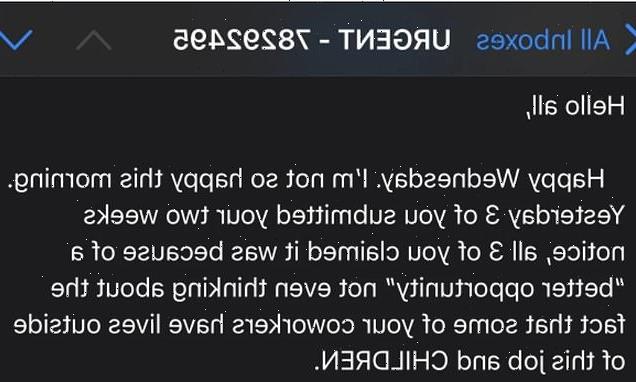 Furious boss blasts three workers who didn’t ‘consider their colleagues’ lives and children’ when they quit – and threatens to make everyone else work 30 hours overtime, dock their pay and extend their notice period

A furious boss of a freight brokerage company has gone viral after sending an ranting email to employees threatenig to make them work overtime, dock their wages and extend their notice period after several people quit.

The unnamed boss, from Chicago, was tipped over the edge when three sales reps gave two weeks notice at the same time, citing ‘better opportunities’ as their reason for leaving.

He railed against them for not considering their co-workers who now have to work overtime when they have ‘lives outside of this job and CHILDREN’, and complained that he was missing his own kids’ band recital because he has to spend time hiring new staff.

As punishment, he vowed to make anyone quitting from now on work three months notice and spend that time training new employees, as well as docking their hourly wage by $6.

The missive was shared to Reddit by an anoymous employee, where it quickly racked up 13,000 comments who questioned if it was legal and implored all the employees to quit at once. 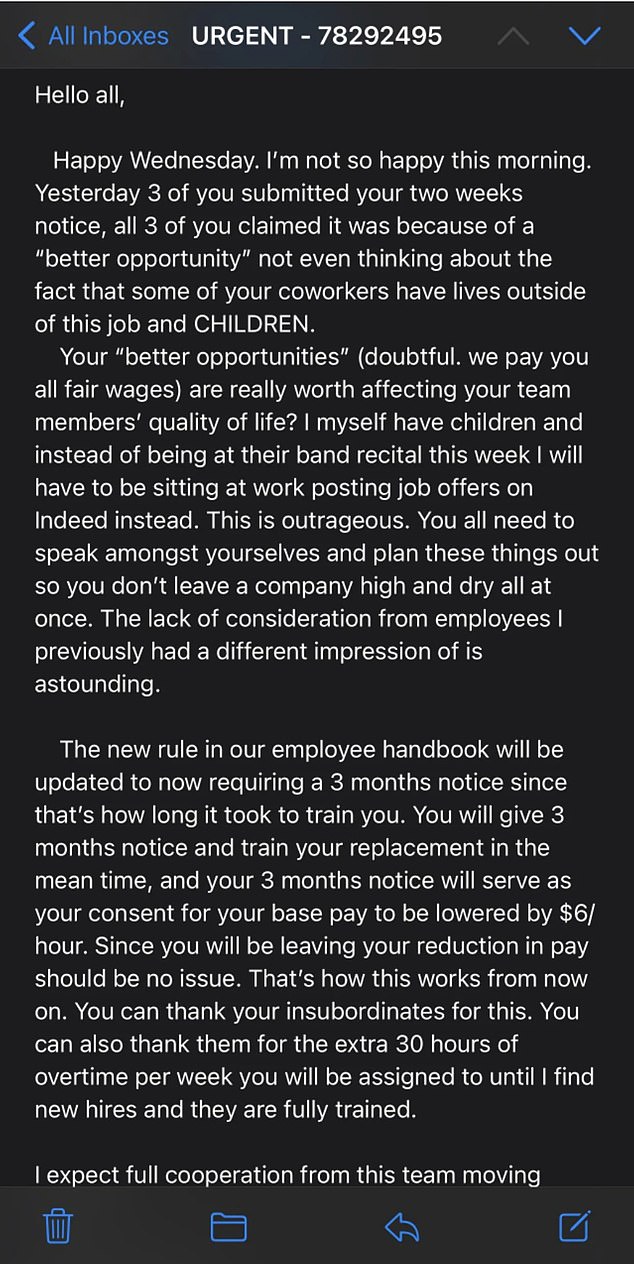 The employee who posted the email said: ‘I laughed out loud at this email. Holy s***. Luckily I have three jobs and can afford to give my effective immediately notice when I show up tomorrow. Lol.’

The email from the disgruntled boss read: ‘Hello all, Happy Wednesday. I’m not so happy this morning. Yesterday three of you submitted your two weeks notice. All three of you claimed it was because of a “better opportunity” not even thinking about the fact that some of your coworkers have lives outside of this job and CHILDREN.

‘Your “better opportunities” (doubtful. we pay you all fair wages) are really worth affecting your team members’ quality of life?

‘I myself have children and instead of being at their band recital this week I will have to be sitting at work posting job offers on Indeed instead. This is outrageous. You all need to speak amongst yourselves and plan these things out so you don’t leave a company high and dry all at once.

‘The lack of consideration from employees I previously had a different impression of is astounding. The new rule in our employee handbook will be updated to now require a three months notice since that’s how long it took to train you.

‘Since you will be leaving, your reduction in pay should be no issue. That’s how this works from now on. You can thank your insubordinates for this.

‘You can also thank them for the extra 30 hours of overtime per week you will be assigned to until I find new hires and they are fully trained.’ 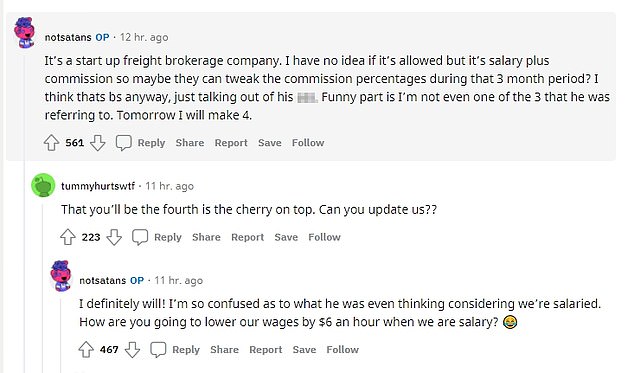 Commenters were immediately taken aback by the contents of the email and shared that they thought it was a hostile work environment.

One person said: ‘THE BEATINGS WILL CONTINUE UNTIL MORALE IMPROVES!!!’

While another agreed, saying: ‘Who would want to work for this idiot? Apparently he doesn’t know how to treat his employees as humans. Someone needs to remind him that slavery ended in 1865.’

And a third person questioned the thought process of the boss, saying: ‘Lol isn’t this just incentive to give zero notice?

Another thought the boss had been unreasonable, saying: ‘Time for everyone else to leave too. Nobody is obligated to work to support *Your* CHILDREN.’

While a fortnight is the common notice period, there is no state or federal law requiring employees to notify their bosses two weeks before leaving their job. 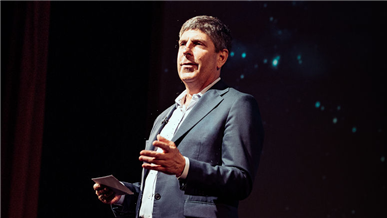