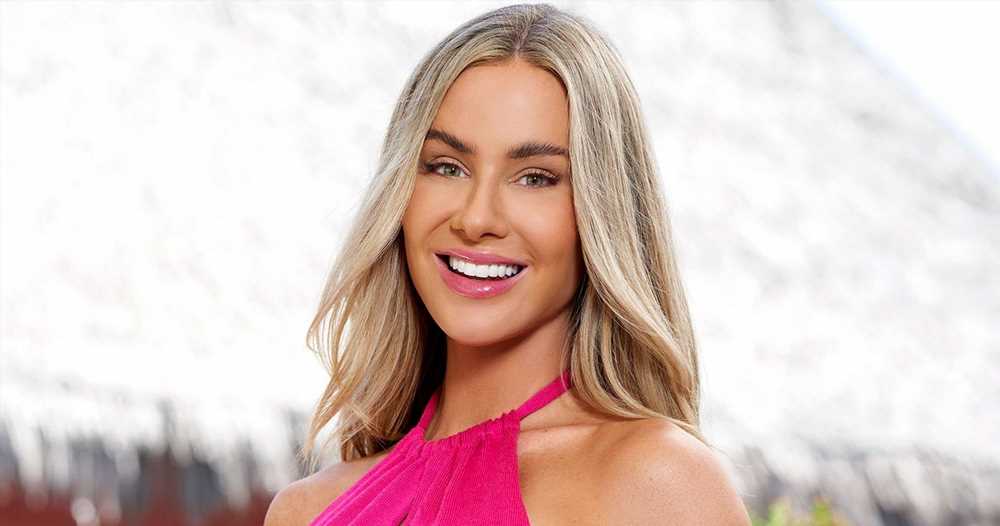 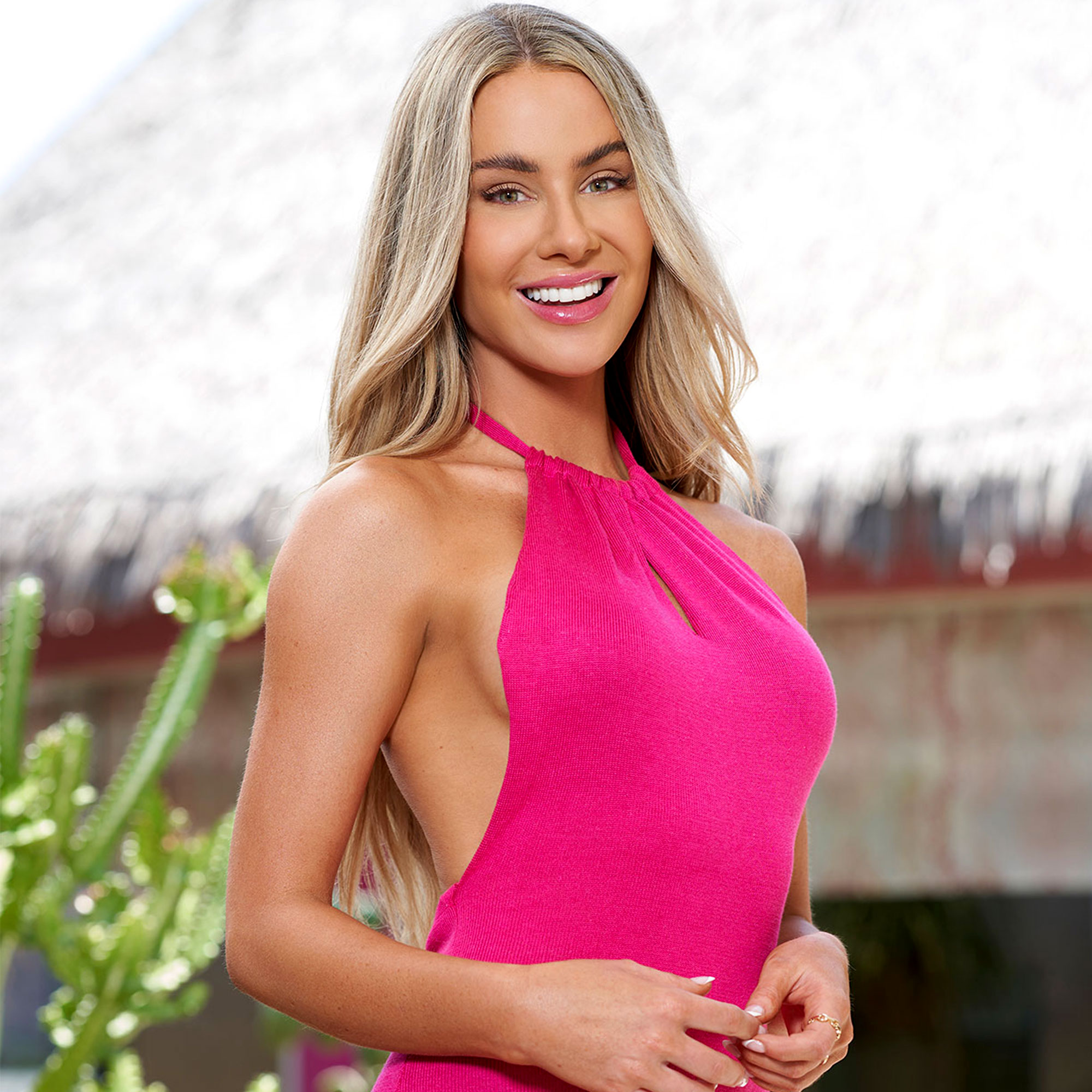 Nothing to see here! After rumors about her relationship status prompted her early exit from Bachelor in Paradise season 7, Victoria Paul is clearing the air.

“@teddyrobb and I broke up in May and we’ve remained great friends. ASK THE MAN,” the season 24 Bachelor alum, 28, wrote in an Instagram Story on Monday, August 23, calling her ex the “best dog dad and friend.”

Victoria also included an answer she’d provided months prior when a follower asked her for breakup advice. “Truthfully, I’m currently walking through this season,” she’d written at the time. “Know that joy can STILL be found in the midst of uncertainty 🙂 give him/her grace …and yourself some, too!” 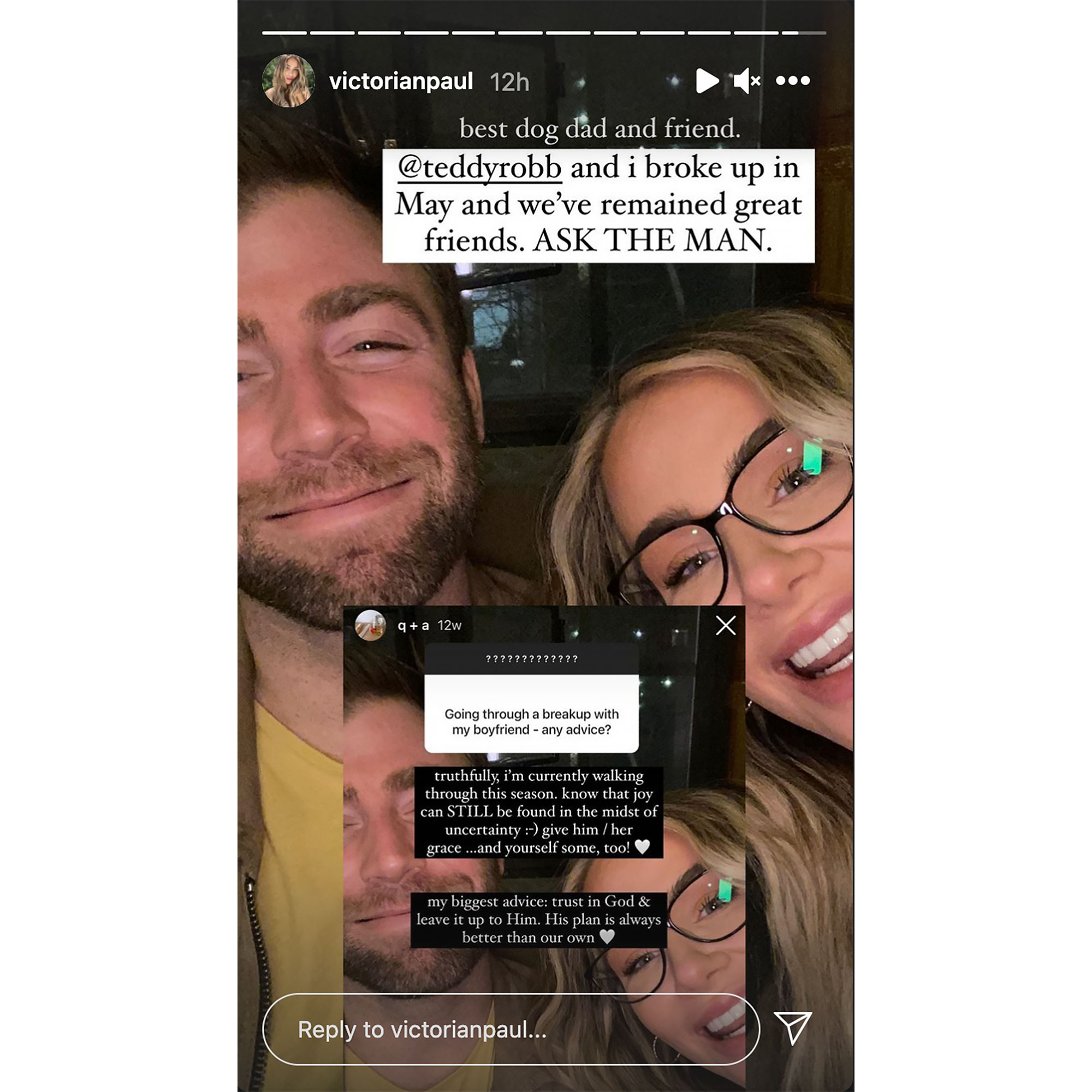 Teddy Robb, an aspiring musician, took to his own social media account to share his side of the story. “For those of y’all asking @victorianpaul and I dated before she went on @bachelorinparadise,” he wrote on Monday. “It didn’t work out for us but we are on good terms and I wish her the best.”

During Monday’s episode of BiP, the Louisiana native struggled to spark a serious connection before the first rose ceremony, but bonded with season 17 Bachelorette alum James Bonsall. Fellow contestants Tammy Ly and Kelsey Weir, however, accused Victoria of being on the beach for the wrong reasons, claiming she wanted to help her boyfriend’s budding career by gaining visibility on the show.

“I’m just more hurt that my friends couldn’t come to me and check me,” Victoria, who initially appeared on Peter Weber‘s season of The Bachelor in 2020, told the cameras. “I’m wading through water that I’ve never been in before. … When James said that Kelsey and Tammy came to him, it hurt they did not feel like they could come and talk to me, that’s the biggest thing.”

As the drama continued, Tammy, 26, asserted that she would “call people out on their bulls–t” no matter how friendly they are.

Eventually, the pressure became overwhelming, and Victoria decided to send herself home. “I think the best thing for me to do is take all of me, imperfect me, and walk away from this. I hope that you walk away from this with the love of your life,” she told James, 31, who gave his rose to Demi Burnett at the end of the night.

‘Bachelor in Paradise’ Couples Who Got Back Together After Breaking Up

Following her whirlwind journey in Paradise, Victoria shared an inspiring message about finding where she belongs. “🤍 home is place where I’m accepted. Valued. Heard. Seen. Loved. Understood. It’s a place I can be all of me, surrounded by people who love me the way Jesus does,” she captioned an emotional Instagram video on Monday. “Since you’re here, please remember to be kind to the cast members of The Bachelor franchise — each of them more beautiful than anything you’ll see on your screens.”

Bachelor in Paradise airs on ABC Mondays and Tuesdays at 8 p.m. ET. 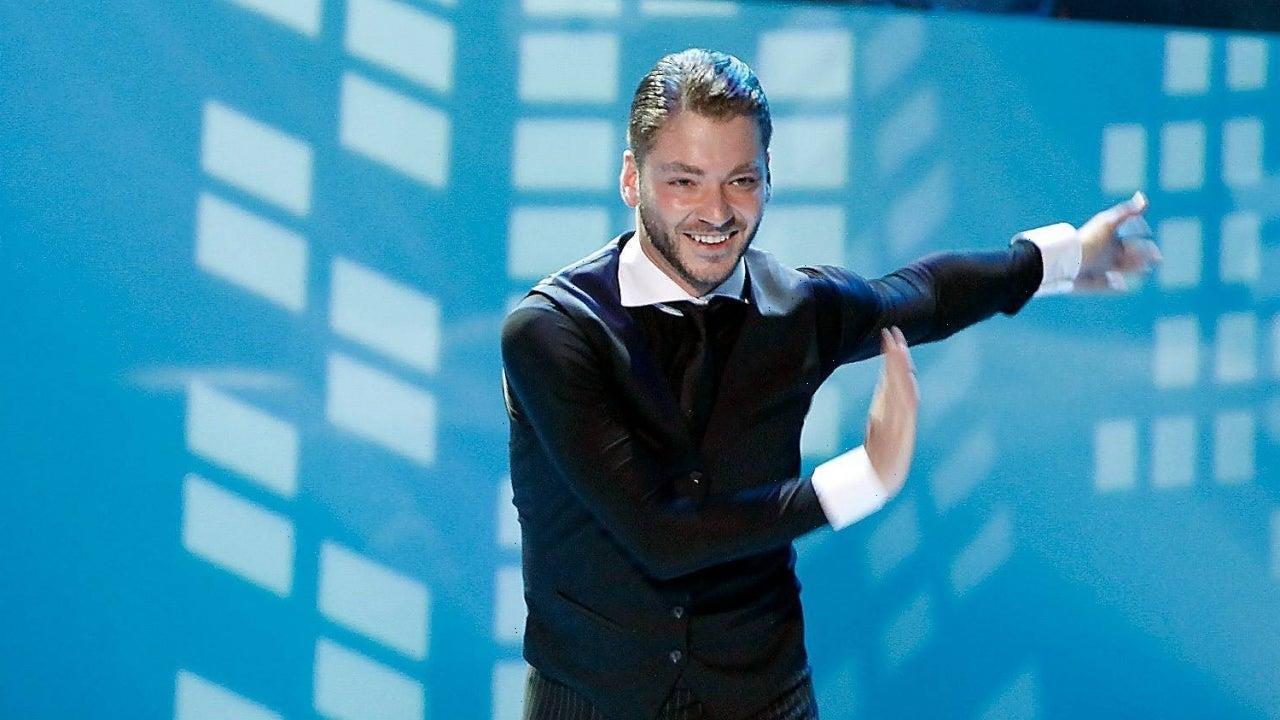 Previous post Serge Onik, 'So You Think You Can Dance' Alum, Dead at 33 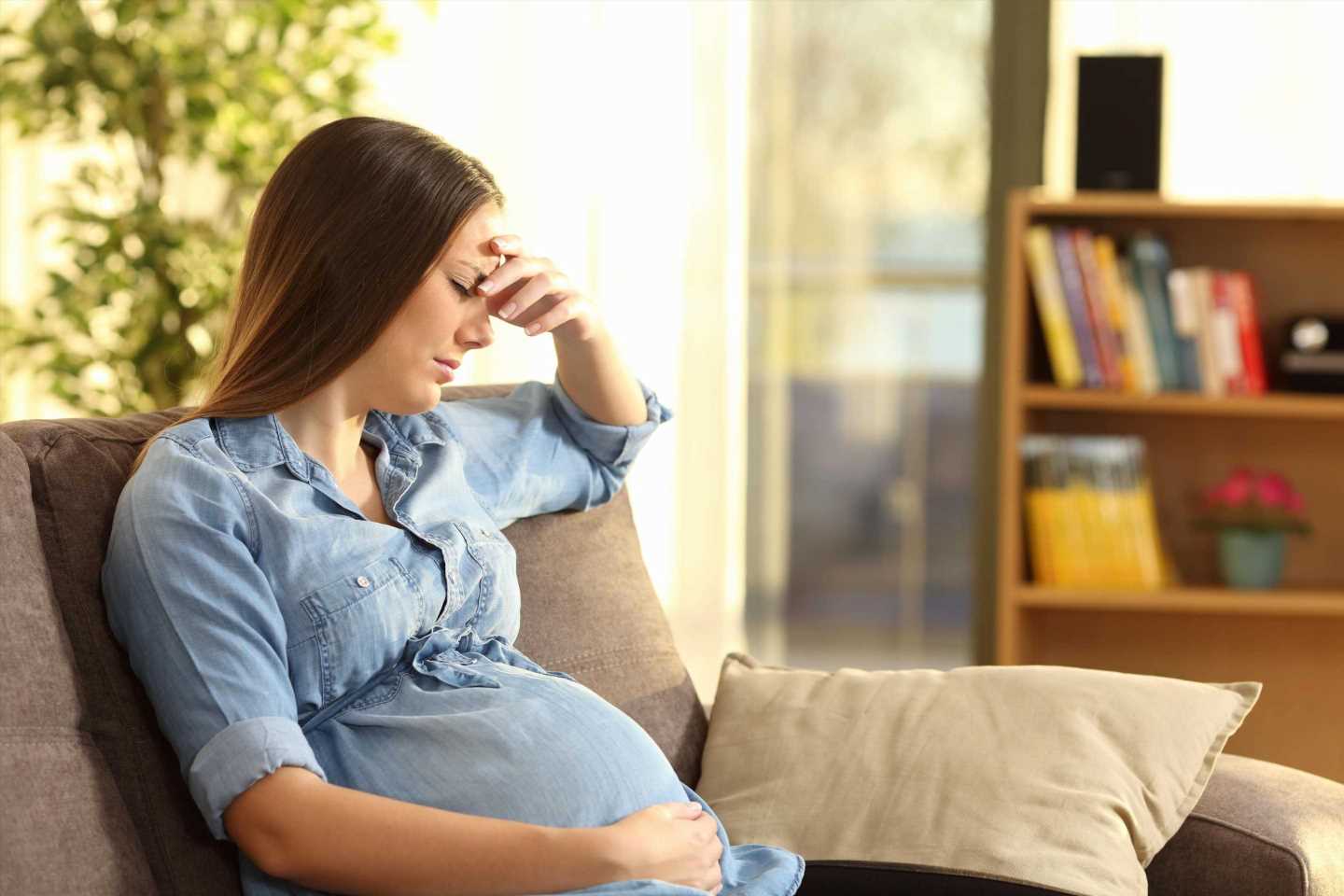