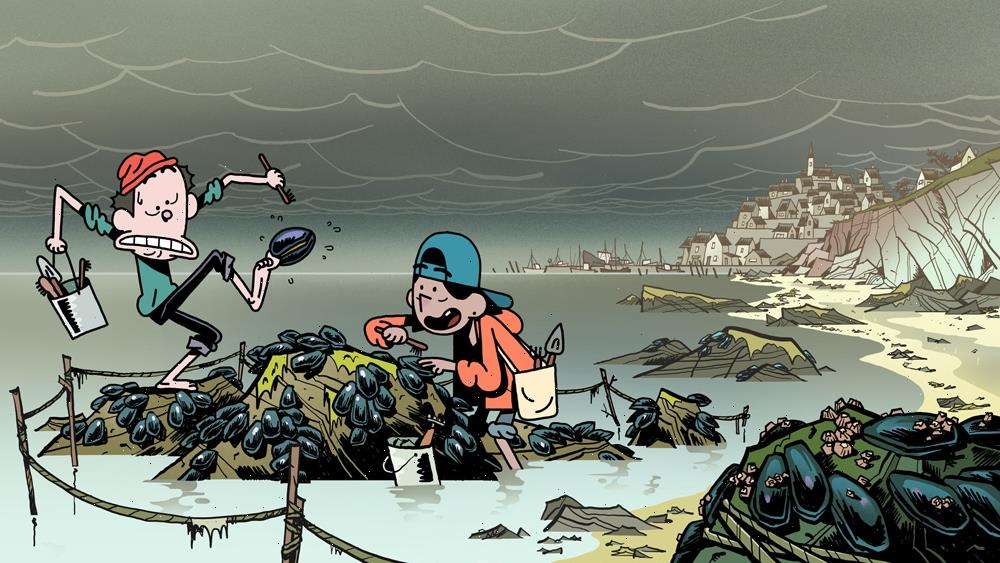 Disney will unveil a raft of new animated series productions Wednesday at the Annecy Intl. Animation Film Festival, and show sneak peeks of the upcoming slate of new original animated shows to air on Disney+ and other Disney-owned platforms in 2023 and beyond.

Additional episode orders for some of Disney Television Animation’s upcoming series, including “Hamster & Gretel,” “Kiff,” “Hailey’s On It” and “Primos” will also be announced.

“The announcements out of Annecy today further cement Disney as the leader in animation,” said Ayo Davis, president of Disney Branded Television. “These new series represent the very best from our teams at Disney Television Animation and Disney Junior. They build upon Disney Branded Television’s commitment to work with incredible storytellers, whose diverse voices not only allow our young audiences to see themselves reflected on screen but help them better navigate their world.”

Other announcements include an animated series inspired by Disney’s popular music-driven movie franchise “Zombies,” in production at Disney Television Animation, and two new projects unveiled by the EMEA Original Productions team: the epic adventure series “Dragon Striker” and spooky comedy “The Doomies,” both half-hour series of 22 episodes slated for 2024.

“It’s the first time we’ve done a heavily serialized anime style show in Europe for our audience. This is one of the exciting new things about what streaming enables: we know kids really like long stories and streaming is the perfect way to tell a long story in many chapters,” he told Variety.

Ross underlined the ongoing importance of co-productions and creative partnerships with leading independent studios across the EMEA region on current and upcoming series, including “Miraculous: Tales of Ladybug and Cat Noir,” “Ghost Force,” “The Unstoppable Yellow Yeti” and “Viking Skool,” alongside the development of Global Originals like African sci-fi anthology “Kizazi Moto: Generation Fire.”

“There is an ecosystem for co-production and tax credits and other broadcasters we are compatible with, but it’s a bigger part of our strategy now to add Originals onto the slate,” he told Variety. “We know that long-term we need Originals to make Disney+ exclusive.”

Other exclusive announcements include a brand new season of hit show “PJ Masks: Power Heroes,” where preschool icons Catboy, Gekko and Owlette will be joined by an expanded crime-fighting team to take on even bigger challenges.

Guests will get a sneak peek at the new preschool series “Kiya and the Kimoja Heroes,” about community heroes inspired by the traditions and cultures of southern Africa and produced by Entertainment One, Frogbox and Triggerfish Animation.

Other sneak peeks will include “Star Wars: Young Jedi Adventures,” the first full-length Star Wars series for preschoolers premiering on Disney Junior and Disney+ in spring 2023, “Marvel’s Moon Girl and Devil Dinosaur,” which follows the adventures of 13-year-old super-genius Lunella Lafayette and her 10-ton T-Rex, Devil Dinosaur, and the upcoming Disney Original Documentary “Mickey: The Story of a Mouse.”

SERIES GREENLIGHTS:
“DRAGON STRIKER”
Produced by: Cybergroup Studios and La Chouette Compagnie for Disney EMEA
Creator/Producer: Sylvain Dos Santos
Director: Charles Lefebvre
Head Writer: Paul McKeown
In this action-packed adventure full of comedy and high-stakes sports drama, elite players have a magical signature move they can use on the pitch. Twelve-year-old Key can only dream of entering the famous school where the greatest players train before joining the big leagues – until he discovers he has his own ultra-powerful spell.

“THE DOOMIES”
Produced by: Xilam Animation for Disney EMEA
Producer: Marc du Pontavice
Director & Co-Creator: Andrès Fernandez
Co-Creator: Pozla (aka Rémi Zaarour)
Head Writer: Henry Gifford
When best friends Bobby and Romy mistakenly open up a gateway to another world, they turn their sleepy coastal town into a hotspot for terrifying creatures of doom. Roped into an epic supernatural mystery, they will do battle with both literal and inner monsters in this spooky comedy that combines thrills, chills and surprises with character-driven comedy.

“ZOMBIES: THE RE-ANIMATED SERIES”
Produced by: Disney Television Animation
Executive Producers: Aliki Theofilopoulos, Jack Ferraiolo, Gary Marsh, David Light, Joseph Raso
“Zombies: The Re-Animated Series” invites us into the daily lives of Seabrook High, where every day is a surprise, whether you’re a cheerleader, a zombie, a werewolf or even a vampire!

“MARVEL’S SPIDEY AND HIS AMAZING FRIENDS” (Season Three)
Produced by: Disney Junior and Marvel Studios in association with Atomic Cartoons
Executive Producer: Harrison Wilcox
Supervising Producer: Steve Grover
Co-Executive Producer: Bart Jennett
Co-Producer/Story Editor: Becca Topol
The first full-length Marvel series for pre-schoolers, “Marvel’s Spidey and his Amazing Friends” follows the adventures of Peter Parker, Gwen Stacy and Miles Morales as they team up with Hulk, Ms. Marvel and Black Panther to defeat foes like Rhino, Doc Ock and Green Goblin and learn that teamwork is the best way to save the day. Season two of the hit series premieres this August.

A 22-minute special, “Mickey Mouse Funhouse: Pirate Adventure,” is set to premiere this August and features legendary pirate Captain Salty Bones (voiced by John Stamos) as he invites Mickey and friends to join the biggest treasure hunt ever and see if they can become true pirates.

ADDITIONAL EPISODE ORDERS (PREVIOUSLY ANNOUNCED TITLES):
“HAMSTER & GRETEL” (Additional 10 Episodes Ordered, Bringing the Season One Total to 30)
Produced by: Disney Television Animation
Creator/Executive Producer: Dan Povenmire
Producer: Brandi Young
From Emmy Award-winning Dan Povenmire (“Phineas and Ferb”), “Hamster & Gretel” introduces Kevin and younger sister Gretel, who are about to be bestowed superpowers by space aliens. But something goes awry, and it’s Gretel and her pet hamster (named Hamster) who suddenly have new abilities. Now, protective older brother Kevin must figure out how to work with both Gretel and her pet Hamster to protect their city from mysterious dangers.

“KIFF” (Additional 10 Episodes Ordered, Bringing Season One Total to 30)
Produced by: Titmouse in association with Disney Channel
Creators/Executive Producers: Lucy Heavens and Nic Smal
Co-Producer/Story Editor: Kent Osborne
From South African creators Lucy Heavens and Nic Smal, “Kiff” is set in the bustling mountains where animals and magical creatures live happily together. At the center of it all is Kiff, an optimistic squirrel whose best intentions often lead to complete chaos, and her best friend, Barry, a sweet and mellow bunny. The duo takes their town by storm with their endless adventures and zest for life.

“HAILEY’S ON IT” (Additional 10 Episodes Ordered, Bringing Season One Total to 30)
Produced by: Disney Television Animation
Creators/Executive Producers: Devin Bunje and Nick Stanton
Producer: Wade Wisinski
Starring Auli’i Cravalho (Walt Disney Animation Studios’ “Moana”) as the voice of title character Hailey and Manny Jacinto (Hulu’s “Nine Perfect Strangers,” “The Good Place”) as her best friend, Scott, “Hailey’s On It” follows risk-averse but resourceful teenager Hailey Banks on a mission to complete every item on her long list of challenging (and sometimes impractical) tasks in order to save the world. Pushed outside her comfort zone, Hailey discovers the greatness within as she systematically conquers her fears.

“PRIMOS” (Additional 10 Episodes Ordered, Bringing Season One Total to 30)
Produced by: Disney Television Animation
Creator/Executive Producer: Natasha Kline
Producer: Philip Cohen
Inspired by creator/executive producer Natasha Kline’s childhood experiences with her multicultural Mexican American family, the series introduces Tater, an eccentric 10-year-old girl with big dreams and a certain “it factor” that makes her exceptional. When her 12 cousins (“primos” in Spanish) move in for the summer, they help her discover just what it is. 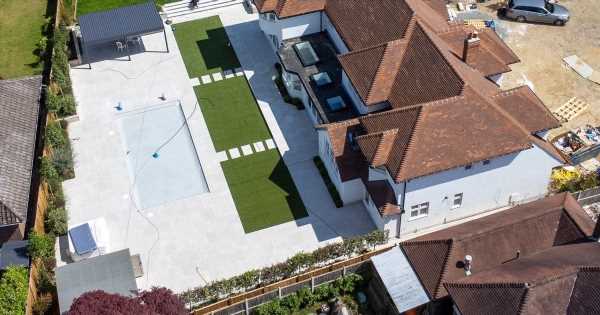