DIY SOS: The Big Build viewers are left ‘sobbing’ after couple who took in their grandsons after their daughter’s death have their two-bedroom bungalow transformed into a spacious family home

DIY SOS: The Big Build viewers were left ‘sobbing’ after Nick Knowles and the team transformed a two-bedroom bungalow into a spacious family home on last night’s episode.

Brothers Ruben, 17, Jaden, 11, and Uche, 10, moved in with grandparents Lynn and Steve Smedley after their mother Carrie died in her sleep in April 2017.

Lynn, 56, and Steve, 62, retired foster parents who took in more than 100 children, didn’t think twice about moving their grandsons into their bungalow in Carbis Bay, Cornwall, despite there only being two bedrooms.

Viewers watched ‘in tears’ as volunteered and local businesses rallied to help the ‘wonderful’ family by adding two bedrooms, a bathroom and a large kitchen-diner to the property. 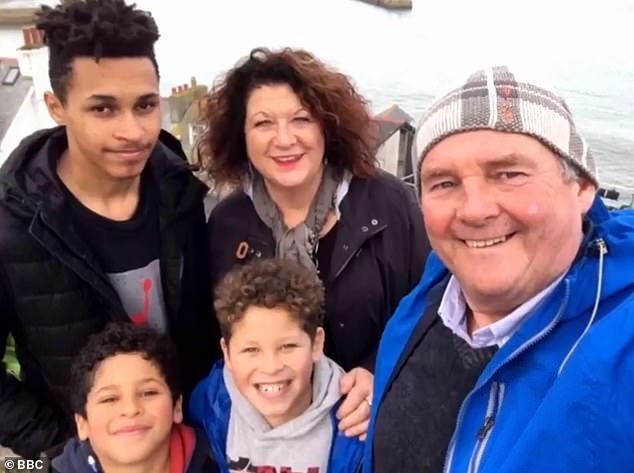 Family: Brothers Ruben, 17, Jaden, 11, and Uche, 10, moved in with grandparents Lynn and Steve Smedley (pictured together) after their mother Carrie died in her sleep in April 2017 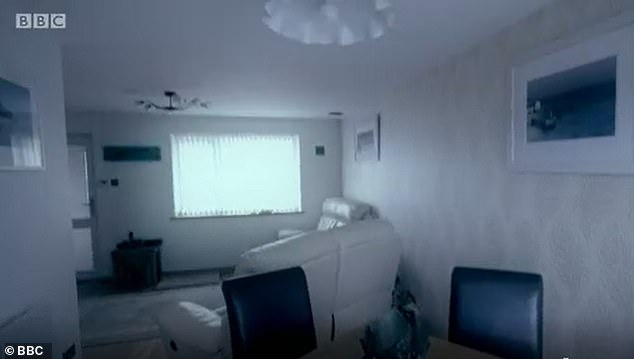 Living room before: The family struggled to fit on the two, two-seater sofas in the front room 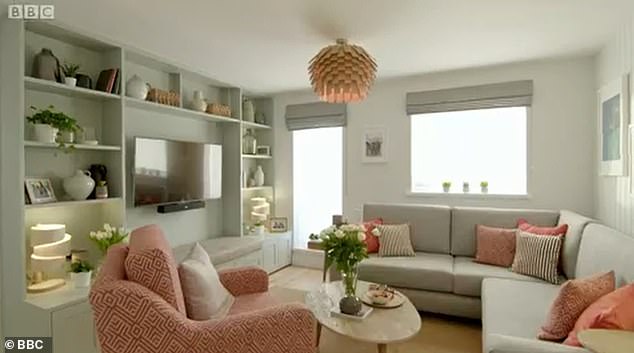 Living room after: The space is transformed with a corner sofa that has plenty of room 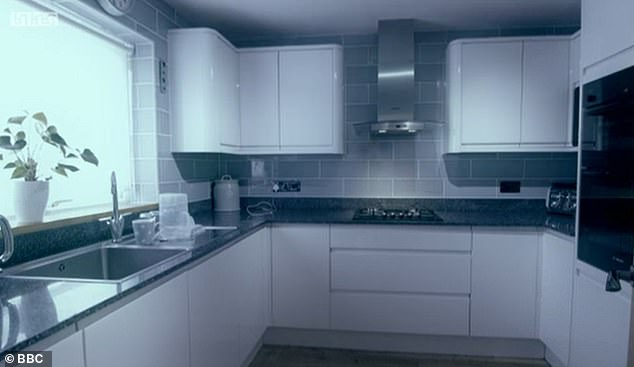 Kitchen  before: Perfectly functional, but this kitchen was also given an amazing upgrade 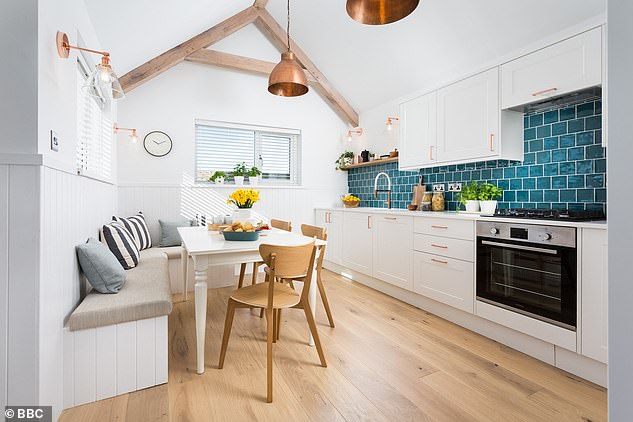 Bright and airy: The room was replaced with an open kitchen-diner flooded with light 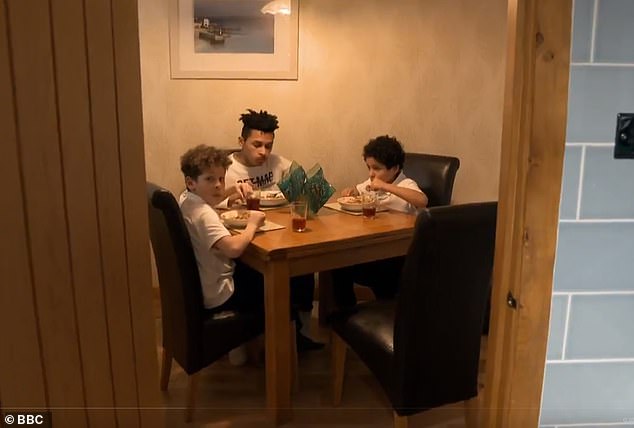 Heart-warming: Viewers watched ‘in tears’ as volunteered and local businesses rallied to help the ‘wonderful’ family by adding two bedrooms, a bathroom and a large kitchen-diner

One tweeted: ‘What a lovely family. So sad they’ve been through what they have but how lucky they are to have each other. What a great big brother those boys have to luck up to. Onwards and upwards for them in their lovely new home.’

A third wrote: ‘#diysosthebigbuild #diysos once again just amazing. What an lovely thing to do for those wee boys. Can’t stop crying x @MrNickKnowles.’

Before the makeover the brothers slept in bunk beds in the same bedroom. In the evenings, Steve and Lynn gave up their room to give Ruben a space to unwind and do his homework. 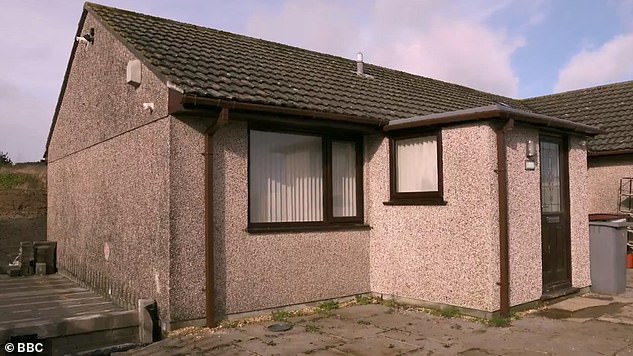 Cramped: Lynn, 56, and Steve, 62, retired foster parents, didn’t think twice about moving their grandsons into their bungalow in Carbis Bay, Cornwall, despite there only being two bedrooms 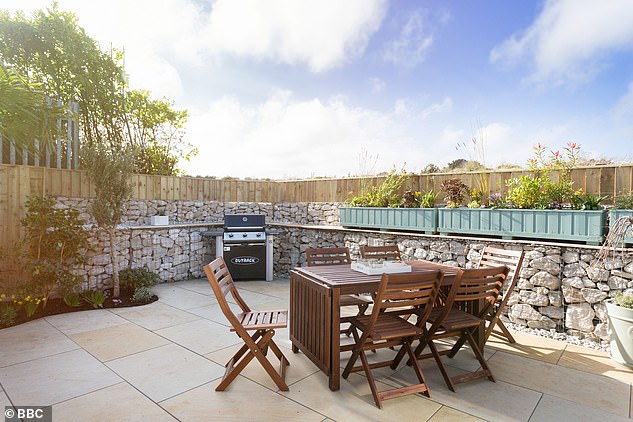 The boys’ bedroom before: The three brothers all shared a bedroom with little privacy 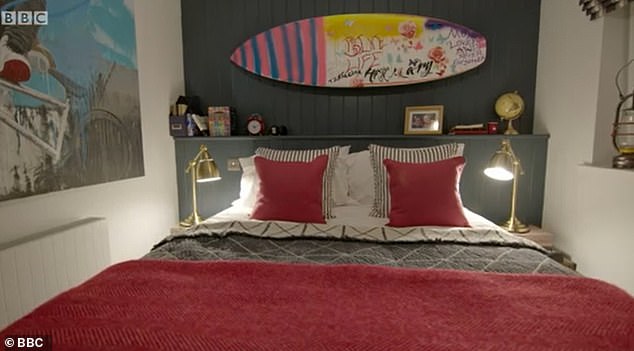 Bedroom one: The boys were each given their own space. Pictured, Ruben’s bedroom 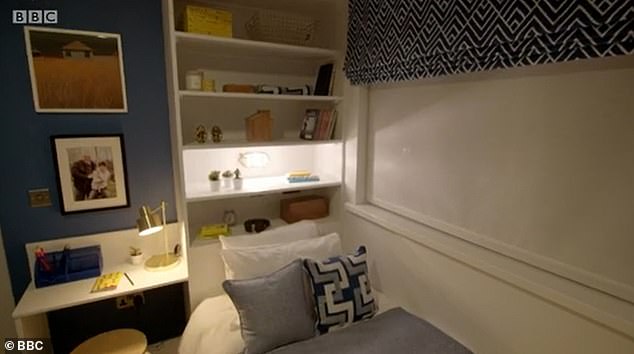 Bedroom two: The second bedroom had touches of vibrant yellow mixed with navy 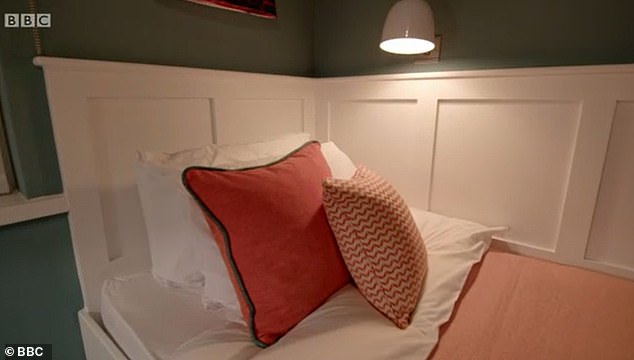 Bedroom three: A clever use of space creates this cosy bed nook in the third bedroom

The family-of-five also fought over a single bathroom and struggled to fit on the two two-seater sofas in the living room. The dining table also presented a problem, with only four people able to sit properly.

But despite the squished living situation and the mental hardship it created, Lynn insisted she would go on living like that if it meant she was able to keep her grandsons at home.

Lynn told the Daily Mirror how Uche, then just six years old, was the one to discover his mother dead in her bed.

‘He and Jaden just thought they couldn’t wake mummy up,’ she said. ‘They got their big brother Ruben, he came upstairs and realised what had happened. For those two little boys to have had to found their mum like that.’ 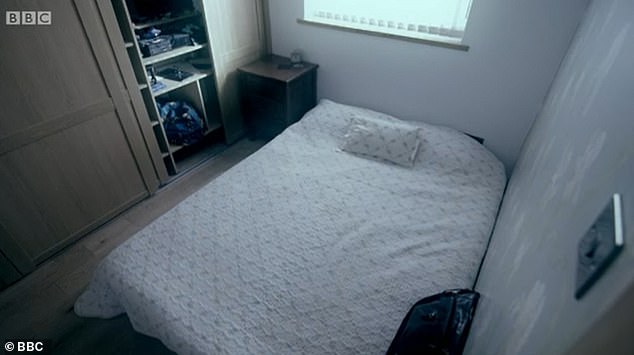 Grandparents’ bedroom before: Lynn and Steve let Ruben use their bedroom for privacy 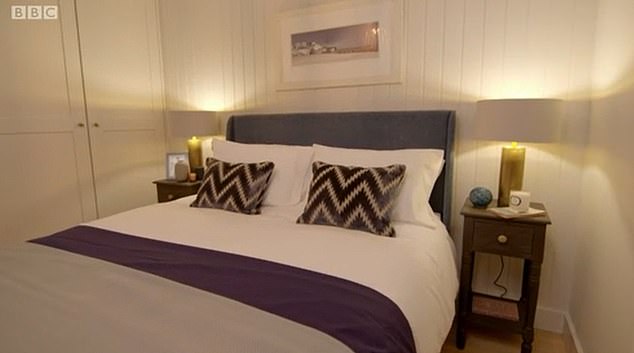 Their bedroom after: They were given back their space and the room had a stylish makeover 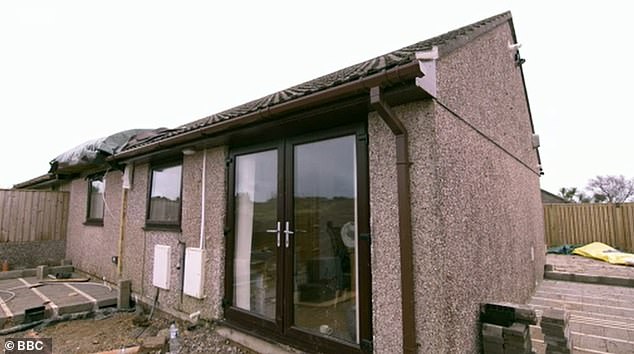 Functional: The outside of the property at the early stage of the renovation work 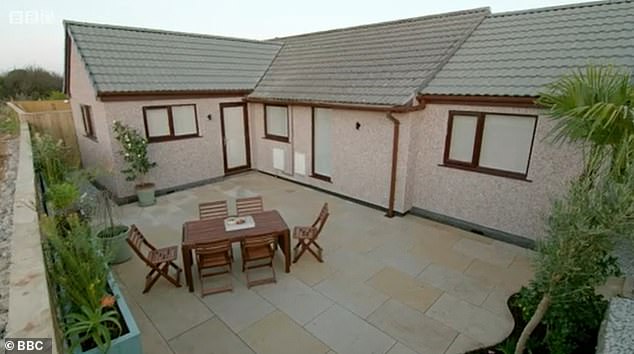 Extended: The large extension can be seen from this outside view of the property

Ruben has stepped up to help look after his brothers and even offered to find somewhere else to stay to save Lynn and Steve from being burdened. But their grandparents were determined to have them at home.

‘There’s no way in a million years we’d let them go anywhere else,’ Steve says.

The family were overwhelmed to be chosen by the show and Ruben spoke movingly of what the makeover would mean to them.

He said: ‘We’ll be able to do more stuff together as a family. When I turned 13 I never got out of my bedroom. I regret that, I never got to spend time with my mum.’

After a week of work, the house was completely transformed. 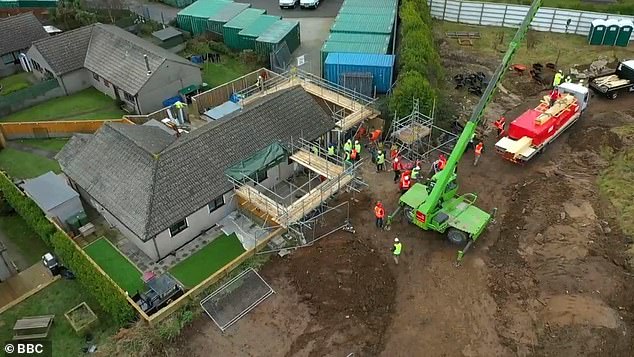 Building site: An aerial view of how the property was transformed during the massive build 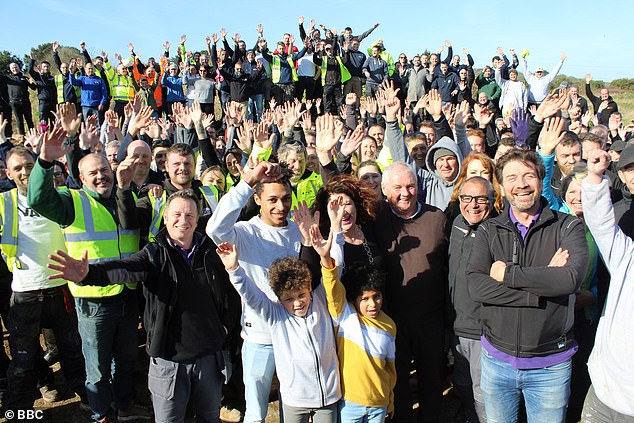 Team effort: The family (centre) with Nick Knowles (right), the team and volunteers

The boys were each given their own bedroom while Lynn and Steve’s room was upgraded to a quiet oasis of their own.

The living room was transformed with the addition of a corner sofa, meaning they can all enjoy a family movie together.

Elsewhere a bathroom was added, giving everyone a little more space and privacy.

The transformation continued outside where the small, practical terrace was extended and replaced with a tiled patio complete with BBQ. The team also added a small patch of grass where the boys can play.

Speaking to the volunteers after the transformation, Lynn says: ‘When we realised we had lost Carrie, we were devastated. Nothing can prepare you for losing a child.

‘But our first instinct was to protect the boys. There was no hesitation the boys would come and live with us, then reality struck.

‘It has been extremely hard at times, no privacy or space, no time to grieve. But the boys come first. We can now move forward and build our lives.’ 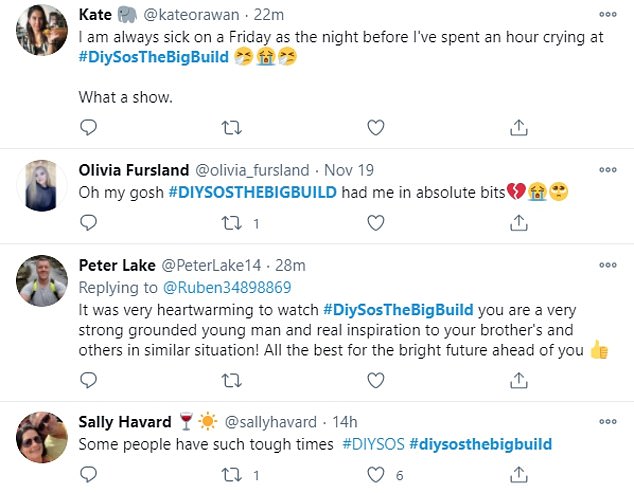 Emotional: Viewers took to Twitter after the deserving family was given their new home

DIY SOS: The Big Build is available to watch on BBC iPlayer

Tags: Big, Build, DIY, SOS:, THE, viewers
Recent Posts
We and our partners use cookies on this site to improve our service, perform analytics, personalize advertising, measure advertising performance, and remember website preferences.Ok