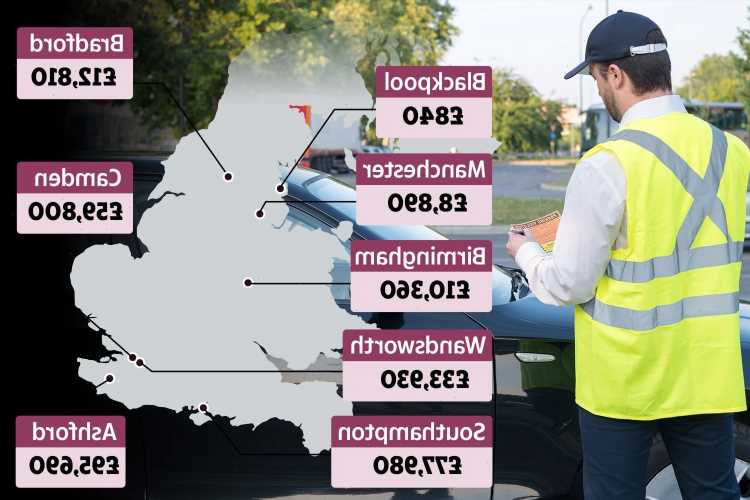 DRIVERS could save thousands of pounds by appealing unfair parking fines as around half of all claims are successful, a Sun investigation found. 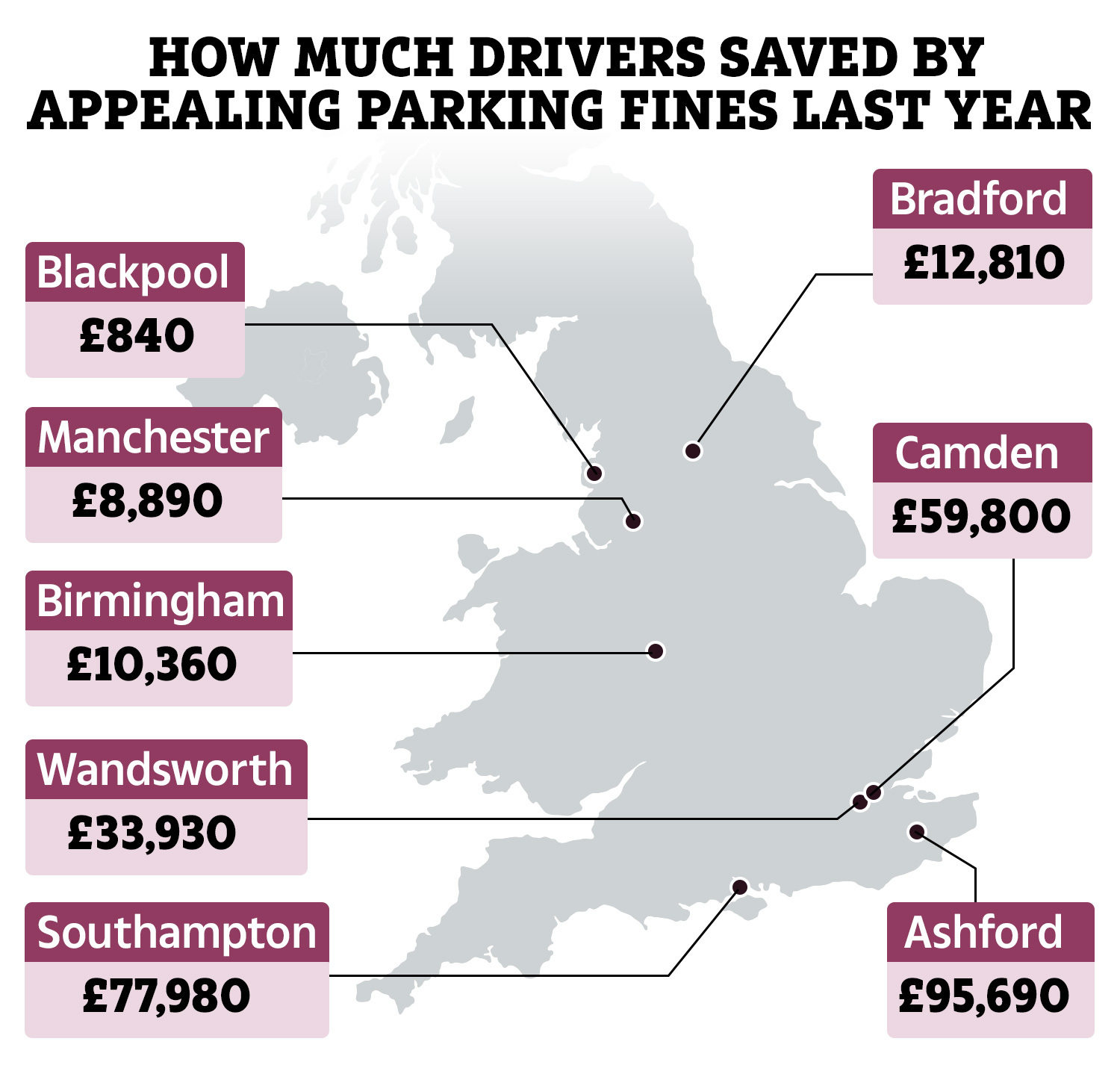 The Sun asked eight local authorities how many appeals were launched, and how many fines were cancelled after drivers complained.

In total, the eight councils cleared more than half a million pounds worth of fines over the two year period, according to Freedom of Information requests.

Our research found that almost half of the tickets that go to appeal are wiped – so it's worth challenging fines that you think are unfair.

Penalty charge notices (PCNs) are handed out for parking offences, for example for leaving your car on double yellow lines.

This charge is halved if you pay within 14 days and you also have the chance to appeal.

We look at how much drivers have saved by challenging fines across the country – and how to appeal your ticket.

How many parking tickets were cancelled by local authorities?

The Sun's investigation found that motorists have saved thousands of pounds by appealing these tickets in the last two years.

We asked local councils across the country how many parking tickets they handed out in 2019 and 2020, how many appeals were launched, and how many were successful.

The responses to the Freedom of Information requests show that around half of appeals result in the fine being cancelled.

We worked out the maximum amount of money saved using the higher £70 charge and £130 in London.

You should only appeal a parking fine if you believe it has been issued unfairly – this could include unclear signs or technological errors.

Another reason to appeal could include a mechanical breakdown or that you were away from the car to pay for a ticket. 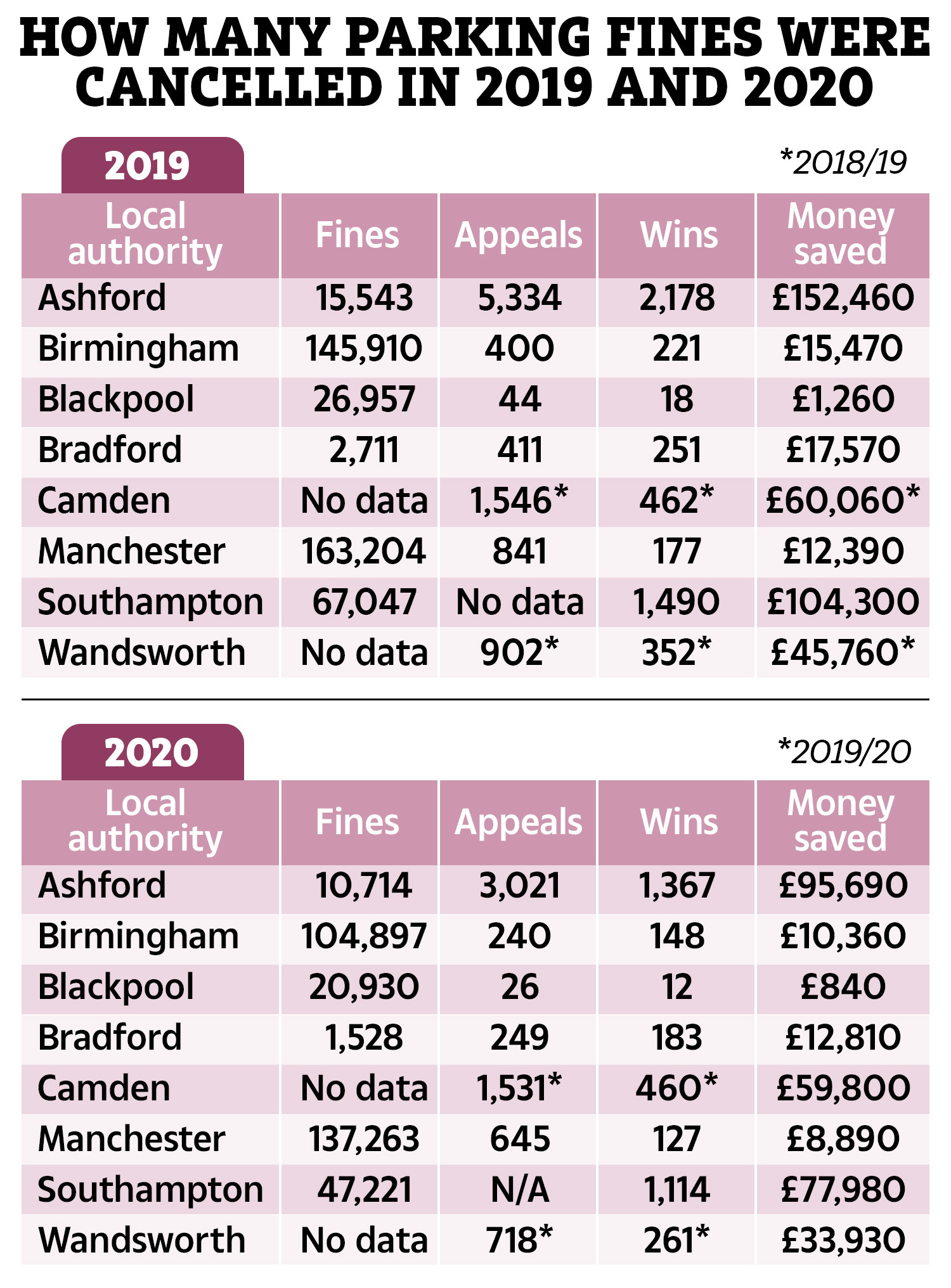 How to appeal a parking fine

Drivers are given 28 days to pay a parking fine, which is halved if you pay within two weeks.

Don't pay the fine if you're planning to appeal, but don't just ignore it as it will increase.

You should make a formal challenge during that time if you don't agree with the fine.

To do this you must contact the council that gave you the ticket and explain your reasons for challenging the PCN in as much detail as possible.

You will also have to provide copies of evidence or documents you have to support the appeal.

This could include a pay and display ticket or photos of faded or not visable road lines.

If it is rejected, you'll be given a further 28 days to pay or to appeal to an independent tribunal.

This will be to London Tribunals if your fine was issued in the capital or the Traffic Penalty Tribunal if it was issued elsewhere.

If your appeal is successful the PCN will be cancelled and you won't have to pay anything.

But if it fails you will have to pay the original fee within 28 days, and the fine will increase by 50% if you're late. 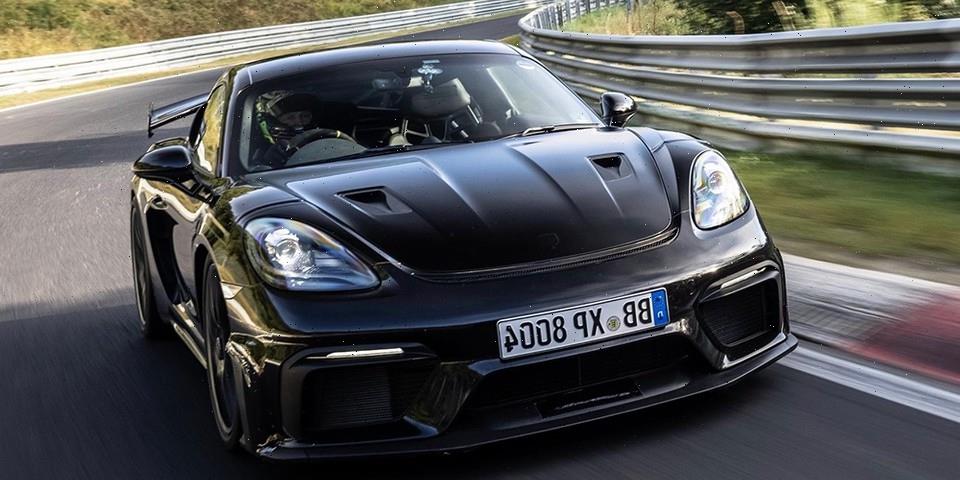 Next post 5 NICU nurses give birth within 1 month of each other: ‘Simultaneous joy’
Related News
Lifestyle
Recent Posts