The bidding site, eBay, is a great place to start when looking for a cheap deal but there are also many pricier items on offer. There are plenty of commemorative coins on the site, but some of these are selling for much more than face value. The eBay user, “missmiumiu31”, uploaded a Mrs Tiggy-Winkle Beatrix Potter fifty pence piece from 2016 with a whopping starting price. The coin is described as “rare” and in “excellent” condition, so is the £950 price tag actually a bargain?

Genuine coin – used but in excellent condition. This is a collectors item.

The eBay user listed the coin along with two pictures of it and explained why it was so valuable.

They wrote: “Genuine coin – used but in excellent condition. This is a collectors item.

“The coin is authorised by the Bank of England for circulation and use. Royal Mint only produced 15,000.”

“missmiumiu31” added any potential buyers would be charged with £6.95 for express delivery and refunds would not be accepted.

The coin on offer is the Tiggy-Winkle coin from the first batch of commemorative coins released for Beatrix Potter. 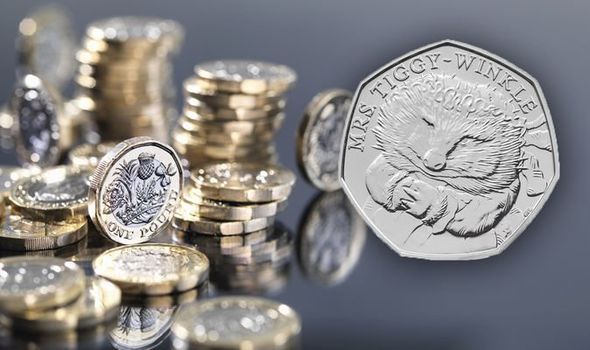 Special coins were originally released to celebrate the 150th anniversary of the author’s birth and new ones have been brought out each year since.

The fifty pence on offer might be interesting, but it is not necessarily as rare or valuable as the listing would suggest.

The coin website, Change Checker, gave the fifty pence a mintage of 8,800,000 and ranked it as one on the scarcity index, which means it is classed as common.

Experts at the publication, Spend It? Save It? What Should You Do?, agreed with the mintage and also claimed there are 8,800,000 coins and not 15,000 as the seller suggested.

They gave it the tiny valuation of £3 – a far cry from how much it has been listed for. 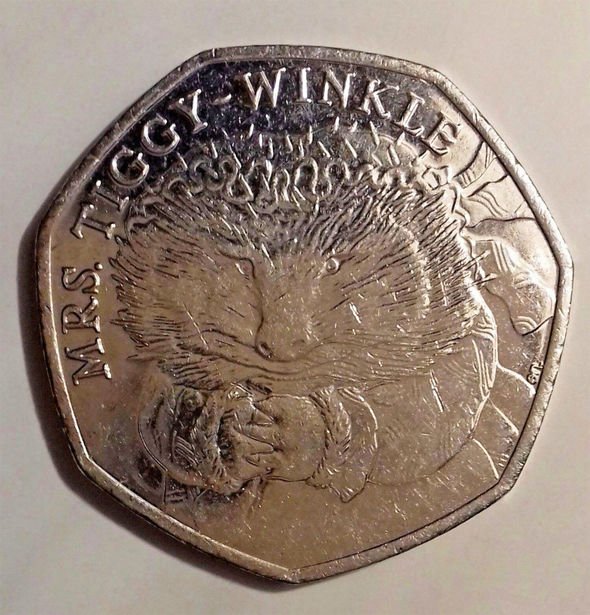 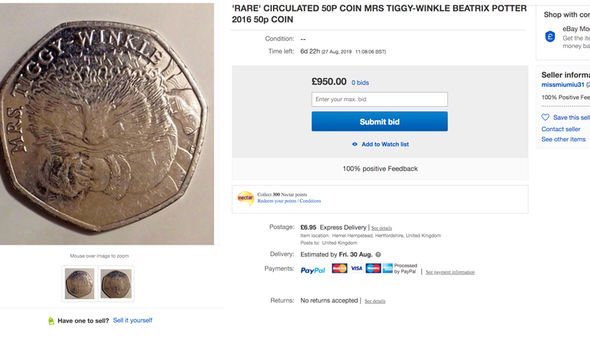 By shopping around, those hoping to get their hands on the coin could save themselves money.

Recently, a Peter Rabbit 50p coin was uploaded for a whopping £6000 and described as rare.

The coin on offer was designed by Emma Noble and features a drawing of Peter Rabbit in his iconic blue jacket.

One Peter Rabbit coin was selling for £2749 but it was also worth just £4.