After Patrick Dempsey’s surprise return to ‘Grey’s Anatomy,’ the actor and co-star, Ellen Pompeo, opened up about how (and WHY) their on-screen reunion came about.

McDreamy is back! The end of the Nov. 12 episode of Grey’s Anatomy featured Meredith (Ellen Pompeo) collapsing in the hospital parking lot, then having a dream sequence where she reunited with her late husband, Derek (Patrick Dempsey), who died in 2015. Earlier this year, Ellen and Patrick actually reunited in real life, which is when she first brought up the idea of him returning to the series to “bring a smile to people’s faces” amidst the devastation of 2020.

It was actually showrunner Krista Vernoff who first had the idea of bringing back a dead character during a dream sequence with Meredith. She brought the idea up to Ellen, who was set on getting Patrick to do it. Krista, Patrick and Ellen all discussed the sequence of events in an interview with Deadline.

While hiking in Malibu with Patrick, with the beach in sight, Ellen said the “idea just struck” her. “I just said to him, ‘Would you ever consider coming and being a part of the storytelling this season?’” she recalled. “I know that Patrick has his foundation in Maine where he helps cancer patients and cancer survivors and that’s a huge effort of his. And I know that it’s important to him, also, to give people hope, and give people joy, and we wanted to bring something to this moment. There’s just so much darkness, and we knew that coming together would be a little ray of light.” 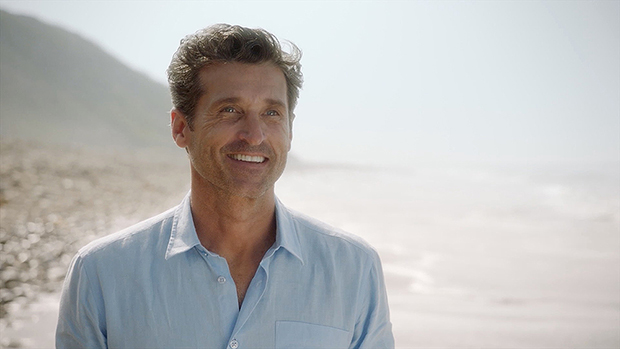 She admitted that her former co-star “loved the idea,” and the ball was officially set in motion. Patrick agreed that his decision to return came from a place of wanting to “make people feel better” amidst this difficult year. “It was really a wonderful experience to go back,” he gushed. “Seeing everybody again was a very healing process, and really rewarding, and a lot of fun.” 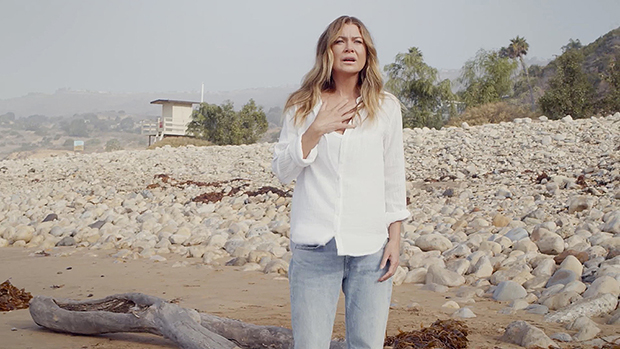 Although it had been five years since the two had been on-screen together, there was an ease when it came to filming their beach scene, according to Ellen. “Patrick and I have this chemistry, where I think, even from when we first met, for some reason, it just felt like we’ve known each other for a hundred years,” she explained. “It’s just the same feeling. It’s like riding a bike — we just have a chemistry and a dynamic that’s always served us well, and I think we have a genuine affection for each other.”

As for what’s next, Krista confirmed that Derek will be around for “more than the one scene.” Patrick even agreed that he’d be down to do even more episodes in the future because he “loves the message” behind the decision to have his character return. “We have been distracted with the election, but we’re going to get back into the reality of COVID and being in a pandemic and all the lives that have been lost,” he explained. “Where are these souls going? And I think that’s what attracted me to this storyline. I think it can be really helpful and healing to so many people.”