FIVE million retirees are at risk of having their pensions stolen by clever fraudsters.

Financial watchdogs are alerting consumers to six clever tactics used by con men after research showed that 42 per cent of savers are likely to be vulnerable. 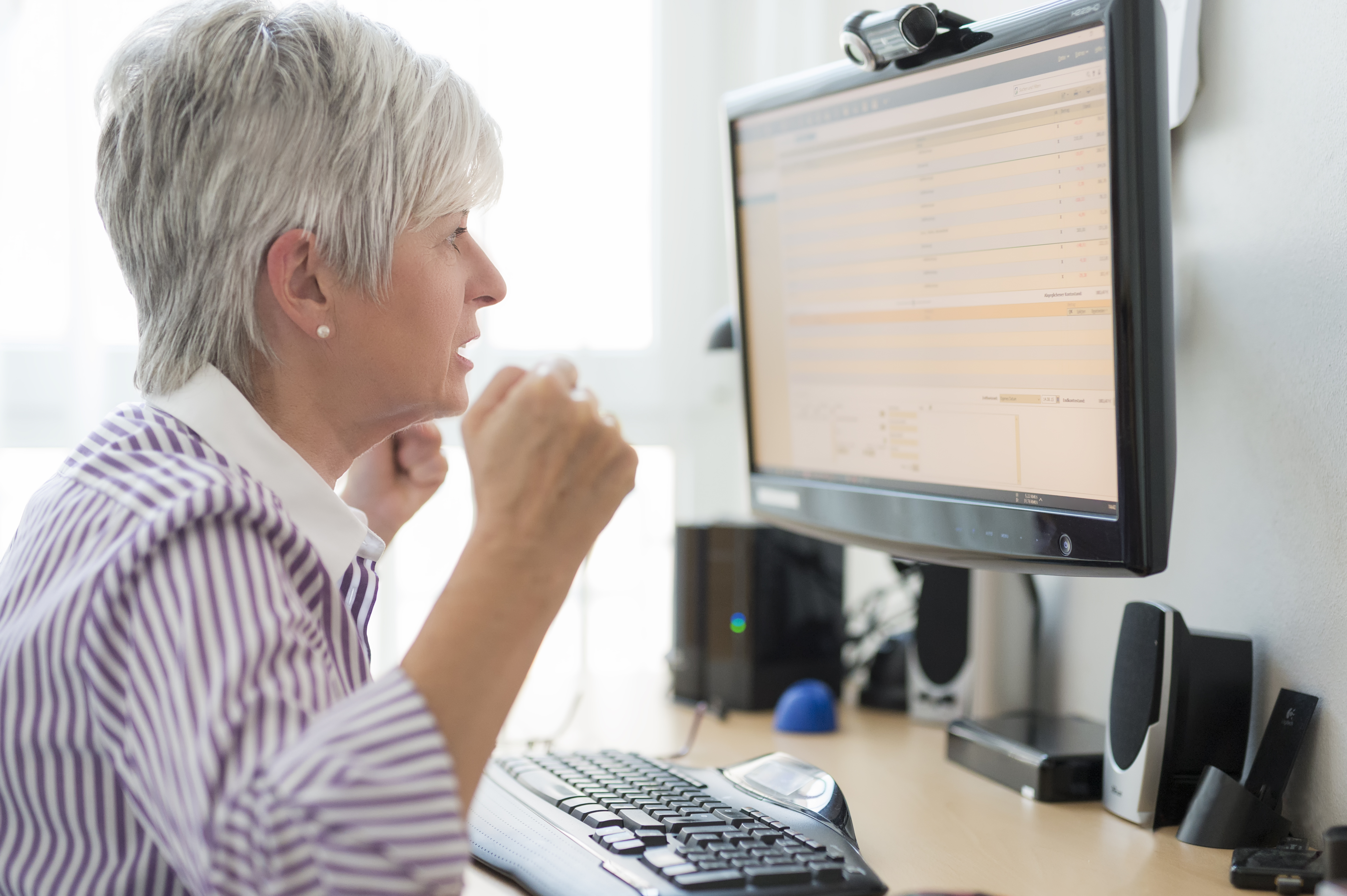 It's easy to think that scams are something that happen to someone else, but the study found that people who considered themselves smart or financially savvy are just as likely to be taken in as anyone else.

Victims of pensions fraud have £82,000 stolen on average, often to what look like bona fide investment companies, but turn out to be sophisticated and smart criminals.

If you're approaching retirement, or have parents or grandparents who are – here are the tactics they need to be aware of:

Many people are frustrated by the rules and regulations around getting access to their pensions.

Because of this, clever scammers offer schemes to help people get their hands on their money sooner.

It works too. A worrying 17 per cent of 45-54 year olds said they would talk to a company that said it could help them get their savings quicker.

But accessing your pension before 55 is likely to result in a large tax bill for the saver.

In many cases it's not even possible under the rules of your pension.

Such promises are likely to be the work of fraudsters who want to get their hands on your cash.

How to spot a scam

The FCA and TPR are urging the public to be ScamSmart with their pension and always check who they’re dealing with.

THE regulators recommend four simple steps to protect yourself:

Some 23 per cent of all those surveyed said they’d talk with a cold caller that wanted to discuss their pension plans.

Nearly a quarter said they would ask for website details, request further information or find out what they’re offering, even if the call came out of the blue – despite the government’s ban on pension cold-calls this January.

The ban means that it is now illegal for legitimate companies to call you to discuss your information.

That means an unexpected call will undoubtedly be a scammer – no matter how realistic or professional it sounds.

Even if the phone number matches your bank or pension provider, it could still be a fraudster.

Spoofing scams means that criminals can make it look like they are calling from an official source.

I lost £40,000 of savings to telephone investment crooks 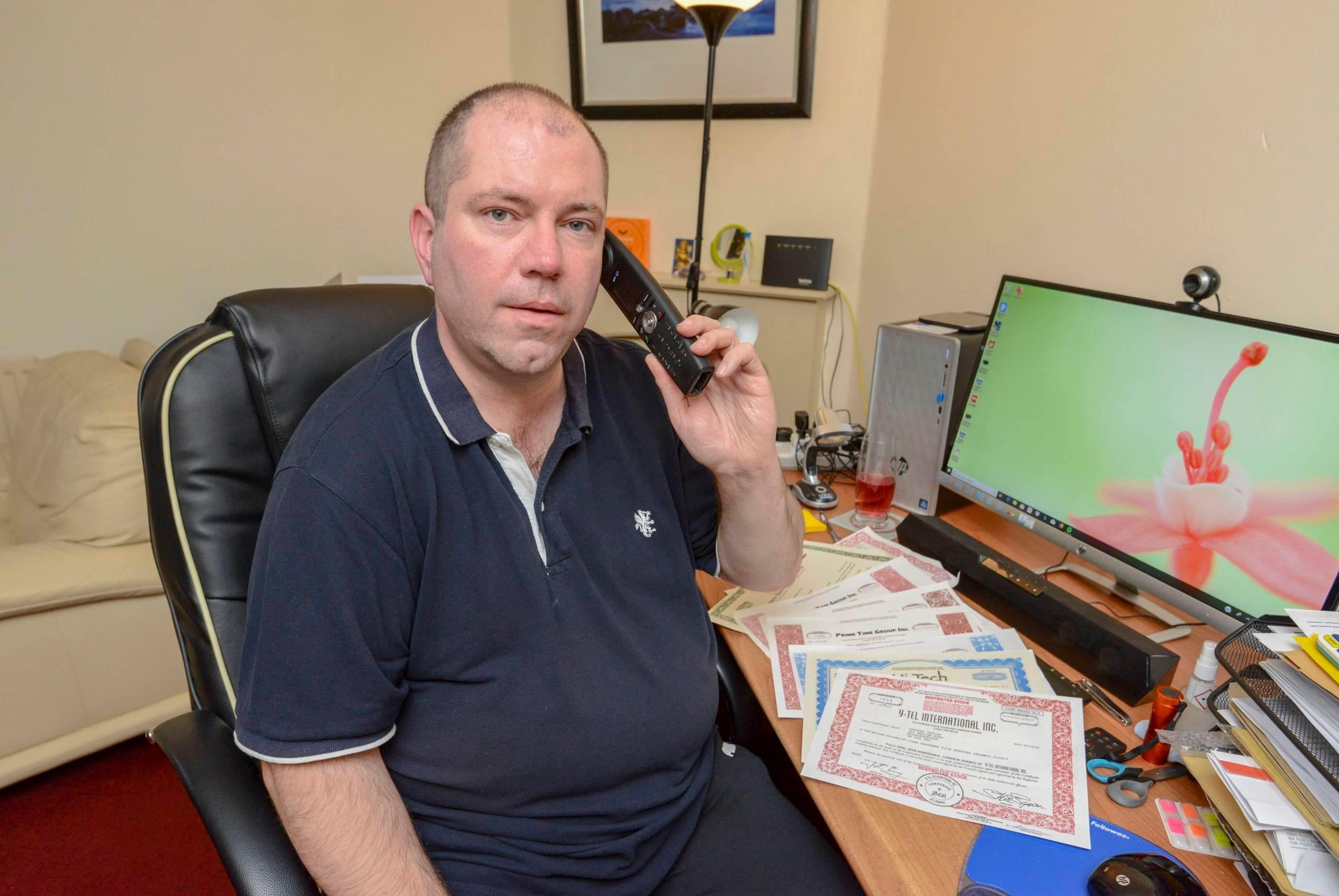 Jeffrey Taylor, 43, has spent the past 13 years trying to get his life back on track after being swindled out of £40,000 of savings by crooks who rang him promising an easy win on his investments.

Jeffrey told The Sun: “This all started with me answering a call while I was at college doing a legal exec course.

"As soon as they had some money out of me the calls became constant.

"They guaranteed I’d make a lot of money and relatively quickly. They were so convincing I just fell for it hook, line and sinker.”

He even took out loans and maxed out several credit cards to finance the investments after being pressured by fraudsters.

Over one in ten (13 per cent) of 45-54 year olds said they would be interested in a caller who guaranteed high returns on their savings.

They said that returns of just 11 per cent would be enough to pique their interest,

Generally speaking, if an investment opportunity sounds too good to be true, it usually is.

Often the scammers are sophisticated, with fancy websites, investment brochures and other slick materials – making the opportunity look like a real one.

Sometimes they will use exotic or interesting investment opportunities to explain why the returns are so high.

a quarter of those surveyed said they would pursue an offer of high returns in things like overseas properties, renewable energy bonds, forestry, storage units or biofuel.

These sorts of high risk investments are usually not suitable for pensions investing – if they exist in the first place. 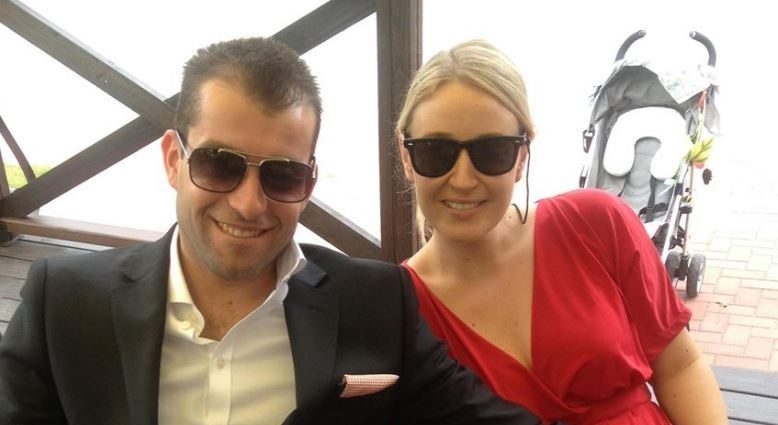 FRAUDSTERS fleeced 193 pensioners out of more than £7.5million after leading them to believe they would make huge returns on investments.

Instead three con-artists blew the cash on cosmetic surgery, fancy cars and shopping sprees at Harrods.

Judge David Tomlinson said many approaching retirement 'lost their life savings' thanks to the scam.

But they did not reveal that the credits were in fact worthless as there is no market for them.

Offering a free pension review is one of the tactics that criminals use to get access to your personal details.

Often, this can be enough to steal funds or commit identity fraud.

Or it could be a tactic to try and persuade you that there are better investment opportunities – in order to steal your money.

One in ten 45-54 year olds said that they would fall for this tactic.

They said they would pursue a free review – even if they have never heard of the company before.

Pensioner, 77, with dementia tricked out of £2,500 by scammers but Halifax refused to refund him 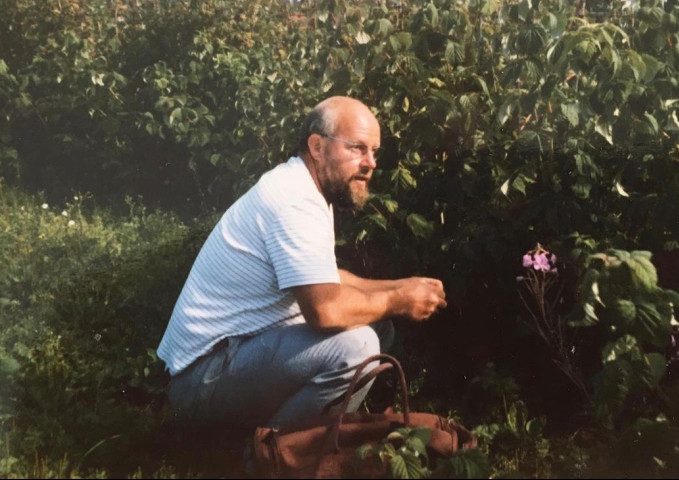 A VULNERABLE retiree was tricked into transferring £2,500 to fraudsters

John* was conned into transferring the cash from his Halifax account to an account run by scammers.

But when his daughter Katya Simpole called the bank to explain her father was a 77-year-old with dementia who had been conned, the bank would not issue a refund.

The former businessman, who was diagnosed with dementia last year, was contacted in March by scammers posing as advisors from investment group Janus Henderson.

The fake advisors sent him letters and repeatedly phoned claiming he had £19,000 worth of old shares which he could release if he paid a £2,500 fee.

John went into his local Halifax branch in Reading, Berkshire, to ask staff to transfer the money to an account number the fraudsters gave him.

Despite appearing physically vulnerable – John has problems dressing and cannot walk well – bank staff did not question the transaction.

Saying that an investment is time-limited is one of the tactics scammers use to pressure people into handing over their money.

Often, the reasons for the need for speed can seem legitimate.

They may say that it's a short term opportunity before a stock floats, or that lots of people want in on the deal so you need to act fast.

Legitimate companies will never try and pressure someone into a quick deal.

If you're feeling flustered, then hang up immediately.

Army veteran speaks his torment after losing £150,000 savings to scammers 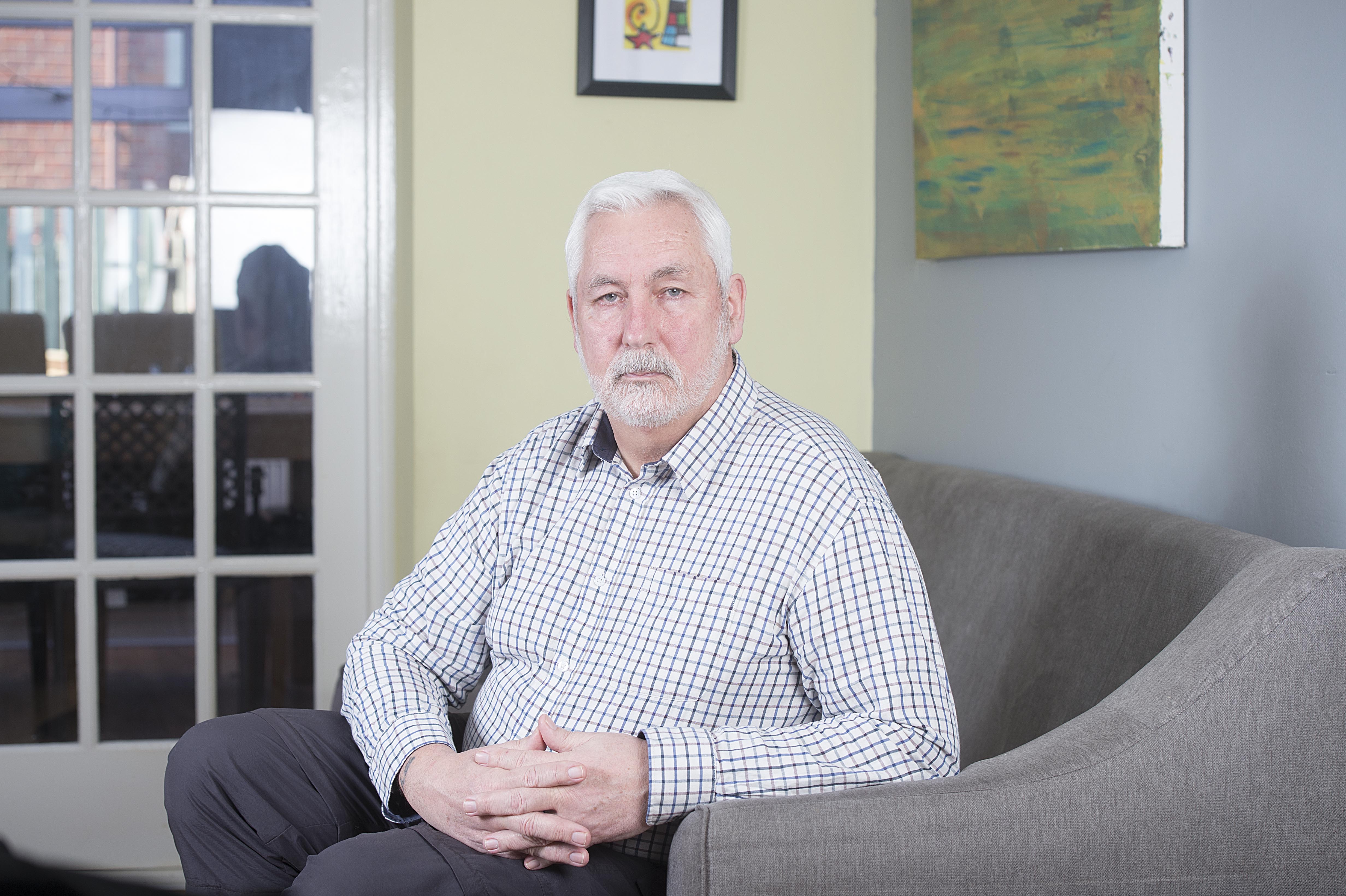 A VULNERABLE retiree was tricked into transferring £2,500 to fraudsters

Tom Johnston, 61, had a 25-year career in the military, specialising in communications with the Royal Signals and Special Forces, and later worked for security companies in the Middle East.

But his technical skills and knowledge of security could not save him from a sophisticated scam that cost him his hard-won nest egg.

The ordeal unfolded after he was emailed by fraudsters posing as Cater Allen, which he knew to be the respected private banking arm of his own bank, Santander.

They told him of a lucrative chance to double his money by investing in up-and-coming companies such as Airbnb, which they said were about to float on the stock market.

The emails came from what seemed like official addresses, ending “caterallenltd.com”, and each closed with Santander’s UK head office address, followed by a formal disclosure notice.

He said: “It seemed so convincing. They said if the Airbnb shares before floating were going to be 12 dollars, they were predicting they would reach 19 or possibly 24 dollars on flotation, so you’d make money before people even start buying the shares."

Gregg McClymont, at pension provider The People’s Pension, said: “In recent years, the fraud landscape has changed dramatically and pensions savers can fall prey to transfers from a legitimate pension scheme into an occupational pension scheme or self-invested personal pension (SIPP) that looks legitimate but is in fact a fraud.

"It is now frighteningly easy to transfer money from a legitimate pension scheme into other investment products, from where, in some cases, ruthless scammers can help themselves.

“More needs to be done."

Many senior doctors have been hit with a huge bill on their big retirement pots.

It means they are often working for free or at a loss so have refused overtime.

But new pension flexibilities for them from next April will mean they can avoid the hefty taxes.

Honey Langcaster-James, psychologist, added: “Most people are confident in their ability to avoid being scammed… But even the smartest and savviest among us can become victims of crimes.

"Sophisticated scammers take advantage of this and use powerful psychological techniques to build trust and rapport and ultimately to influence our behaviour.”

Guy Opperman, Minister for Pensions and Financial Inclusion added: “Pensions are one of the largest and most important investments we’ll ever make, and robbing someone of their retirement is nothing short of despicable.”

“We know we can beat these callous crooks, because getting the message out there does work."

Woman, 29, who was conned out of £165k by Tinder swindler posing as ‘Prince of Diamonds’ is admitted to psychiatric hospital.

London revealed as the UK’s scams capital with ‘fraud spiralling out of control'.

SPONSORED CONTENT: How to save £219 a year off your energy bills

BEAT energy price rises year after year with Switchcraft. It's free and it could save you an average of £219 a year.

News UK has a brand partnership with Switchcraft. The £5 will be paid into your bank account within four months of completing the switch. Prepayment meter customer customers will receive a £5 Amazon voucher. Open to those 18 and over. UK residents only. Click here for full T&Cs.