A third of the insects are believed to have vanished in a decade, yet they pollinate up to three-quarters of our crops. Tanya St Pierre, who manages the Wildlife Trust’s Get Cumbria Buzzing project, said: “Gardening in a nature friendly way can give a lifeline to bees, butterflies and other pollinators. Together our gardens can become part of a national nature recovery network, helping join up lots of wild places where pollinators can thrive.”

Tanya said: “Everyone knows about honeybees but many people are unaware of bumblebees, solitary bees and other wild pollinators who are unsung heroes.”

Experts have warned that without immediate action to save nature’s farmers there will be “serious implications” for biodiversity, food production and ornamental gardens. Friends of the Earth senior sustainability analyst Paul De Zylva said: “Globally, bees pollinate 75 percent of our main food crops – things like apples, strawberries and tomatoes.

“But many species are under threat thanks to harmful pesticides and the effects of climate change.” 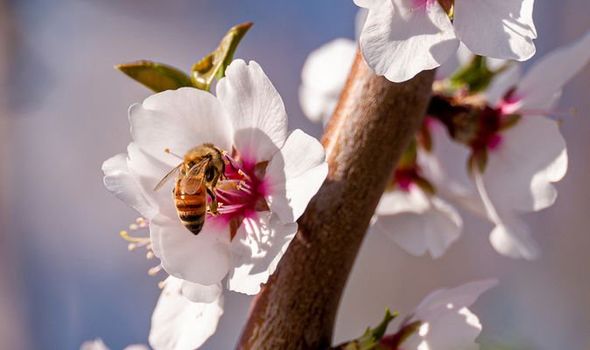 Several factors have led to the demise of bee populations, including land-use changes for agriculture or urbanisation.

Modern intensive farming methods have caused the loss of traditional hay and flower meadows, hedgerows, trees and other habitats such as ponds and water meadows.

Meanwhile, scientists have detected that changes in climate may be disrupting bee nesting behaviour and their emergence after winter.

He blamed changes in farming, adding: “These agricultural systems are more productive which is great because it means farmers can feed the nation. However, that has been at the cost of some of our wildlife, starting with the insects at the bottom but also affecting birds, bats and other animals.” 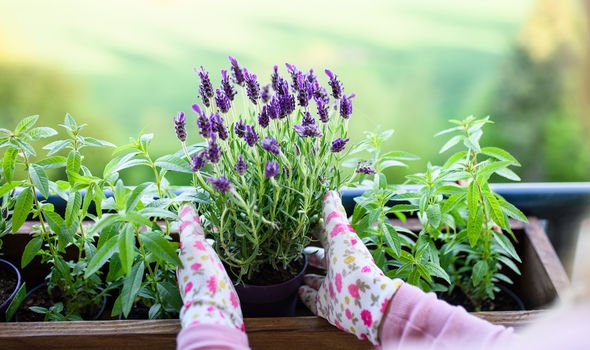 He said: “The decline is particularly marked in species that have specific habitat requirements where studies have shown a 55 percent drop in numbers.”

With summer fast approaching, the Daily Express is providing readers with five free seed packets to help bees bounce back.

We have teamed up with Mr Fothergill’s to offer a variety of flower seeds, which will act like a magnet to pollinators when they bloom.

Paul Hetherington, of Buglife, said: “I really want to urge readers to use their free seeds to plant them and to make sure that they grow and to think about adding more because I think it’s a really good initiative.”

He says even people living in flats can use window boxes or balconies to create the “equivalent of a motorway service station where a pollinator can pop in, fuel up and move along to the next area”.

He believes there is a “loss of connectivity” because often the places where bees can survive and thrive is too far away.

Anthony said: “I think sometimes when we don’t see pollinators we forget that they’re actually still there.

“When people are tidying up their garden at the end of the year and when all of their flowers are cut back, many species will still be there. 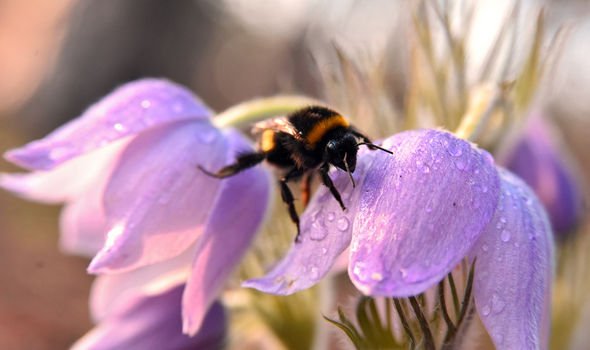 “They’ll maybe be caterpillars or chrysalises hiding among the leaves or shrubs.”

He urged people to have a “more relaxed” approach to their gardens to provide more structure for the insects throughout the seasons.

● If you have any issues redeeming your free seed packets, please call 01420 525538 between 10am and 3pm on Monday and Tuesday April 27. Alternatively you can email [email protected] with the subject header: Daily Express free seeds promo.