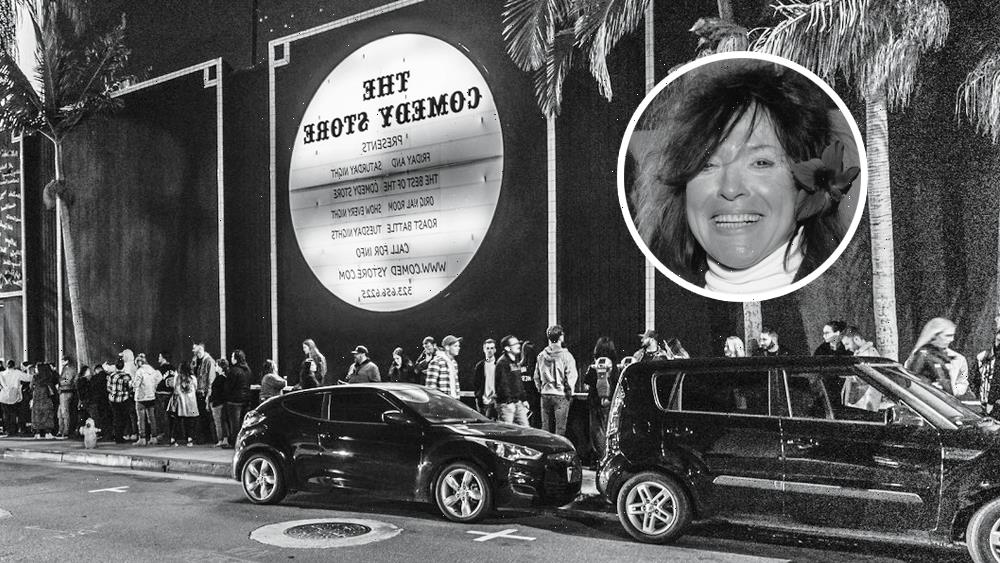 No matter how many people tied to the Comedy Store you ask about the late Mitzi Shore, the connective tissue between their answers is an almost identical impression of the late owner.

David Letterman offers one while son Pauly Shore insists that his is the best, but virtually without fail a moment will come while telling a story about the iconic venue’s co-founder and former owner that they affectionately lapse into a flat, slightly nasally Midwestern accent.

The impression communicates their affection for her stalwart presence at the Store and her role in Los Angeles’ comedy scene for the past 50 years, as well as the no-nonsense relatability that made her feared and beloved in equal measures.

“My mother was a dichotomy of riches,” says Peter Shore, who took over operations of the Comedy Store when she became ill in 2002 and now runs it actively, but at a distance, from his current hometown of Portland, Ore.

“She had an innate ability to predict a comic’s trajectory and gave that individual through investment of time, love, attention, an opportunity to grow. At the same time, she was ruthless and could be brutal, and she was feared a great deal by a lot of people.”

Her success, which supplied direct inspiration for the 2018 Showtime series “I’m Dying Up Here” (executive produced by Jim Carrey and featuring Melissa Leo’s performance as club owner Golda ‘Goldie’ Herschlag) was not simply a result of being at the right place at the right time, although that certainly helped. But the migration of “The Tonight Show” to Los Angeles one month after the Store opened in April 1972 effectively transformed the venue into a cannon to launch comedians’ careers. When she won sole ownership of it during her divorce two years later, she became the person who decided which fuses to light.

“Mitzi’s great talent is that she would look at you on stage and she did not give a whit about how many laughs you got,” says Argus Hamilton, who started performing at the Store in 1976 and remains a regular today. “She cared about your charisma. She only picked people she thought were stars, and the public picked up on that.”

She was also unsparing in her criticism of those she felt were unready for stardom.

“I went on stage for the first time in front of her when I was 19 and did other comedians’ jokes they wrote for me because I was the owner’s son,” remembers youngest son Pauly. “I ended with this really cool pop locking and breakdancing, and I went up to her after and I said, ‘how was it mom?’ She said, ‘stick with the dancing.’”

Pauly admitted that her comments initially fomented tension between the two of them, but they also pressured him to work on his act, and he eventually became an MTV VJ and actor.

Howie Mandel, who earned his spot as a regular in 1979, acknowledges how “annihilated” performers could feel by her reactions, but he says her unvarnished honesty and her sincerity offered a template for him when he became a judge on the reality competition series “America’s Got Talent” in 2010.

“There was nobody more authentic than Mitzi,” Mandel says. “She had this nurturing, motherly, but also all-encompassing power over your career, because you knew that she could banish you if she wanted to.”

According to Letterman, who first performed at an open mic night in summer 1975 before becoming a regular emcee, presaging his role as a quick-witted talk show host, that alternately incisive and welcoming attitude created an atmosphere where everyone was working at the top of their game.
“It really was the most fun I ever had,” Letterman says. “You got to see men and women, who everybody could hit the curve ball. Everybody was ready.

“I used to describe those days as ‘like being in Paris before the war.’ It was terribly exciting.”

Celebrating its 50th anniversary this year, the Comedy Store’s place in the cultural firmament is assured — as a magnet for talent, a launchpad for careers, and the bustling (if no longer quite as bohemian) artists colony that Shore once envisioned. Perhaps that’s why so many of its veterans are eager now to imitate her voice: she gave them one first.

“She created a place for all of the talent in Los Angeles to call home and to be protected, to be nurtured and to be positioned to develop and to succeed,” says Byron Allen, whom Shore gave an opening for the first time in 1975, when he was 14.

Next post The Best Designer Deals From Saks Fifth Avenue’s Flash Sale — Up to 75% Off!
Related News
Lifestyle
Recent Posts