BROADBAND and phone line providers are offering short-lived promotions that could help you save up to £100 a year on bills.

The internet and phones have been a lifeline this year and with coronavirus lockdowns set to continue, it’s more important than ever to getgood value for speed on your connection. 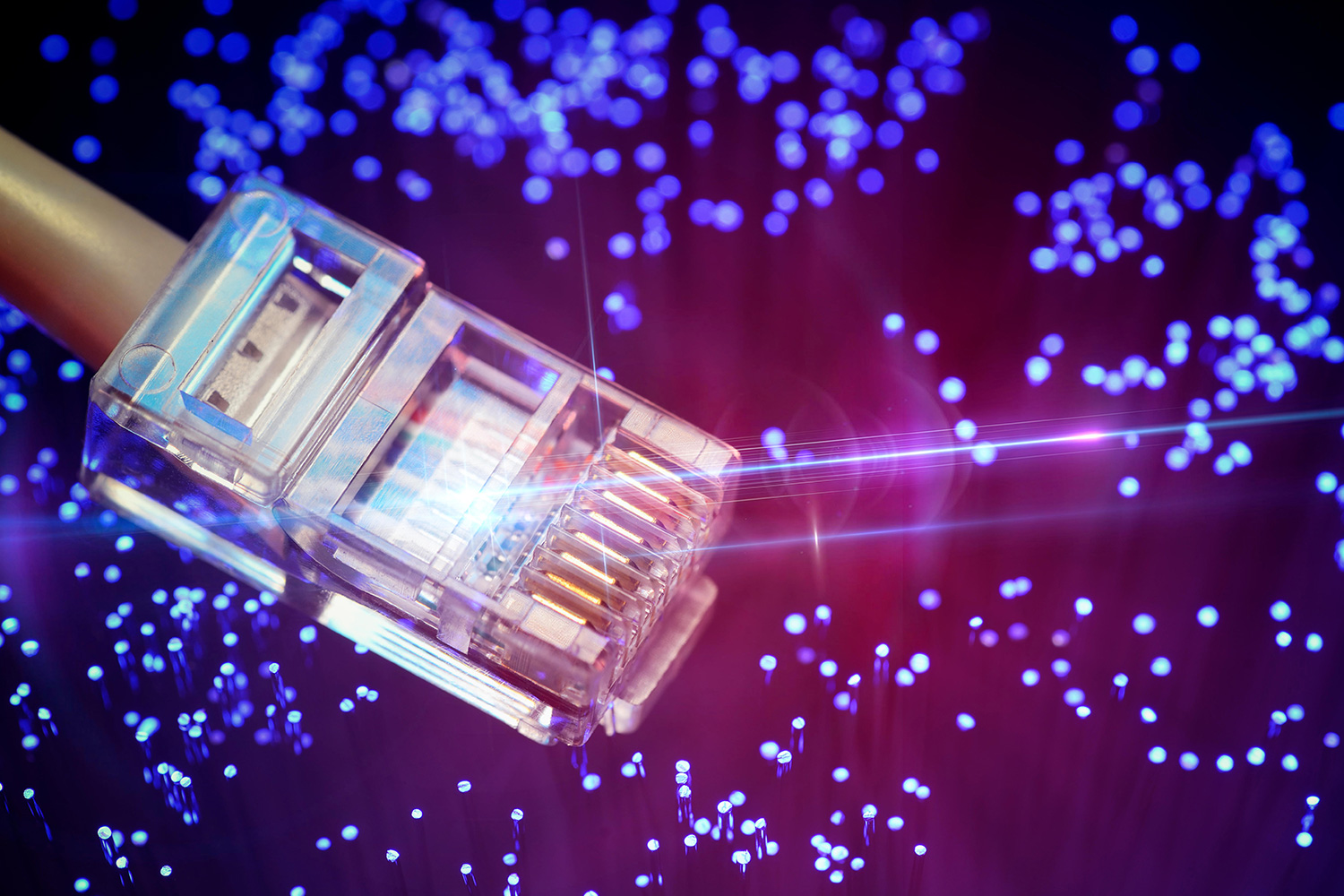 Money Saving Expert has rounded up the best broadband and phone line deals on right now that can help save you up to £100 a year.

Analysis from MSE found Shell is offering three standout promotions but they also spotted other options where the prices were close.

The consumer boffins used the benchmark of out-of-contract customers who typically pay BT £52 a month for fibre, or Virgin £44 month, to work out that many can save up to £100 a year with these promotions.

The deals are only available for new customers, and for contracts that last one year unless stated otherwise. They also all end within the week, so move quickly if you're considering a switch. 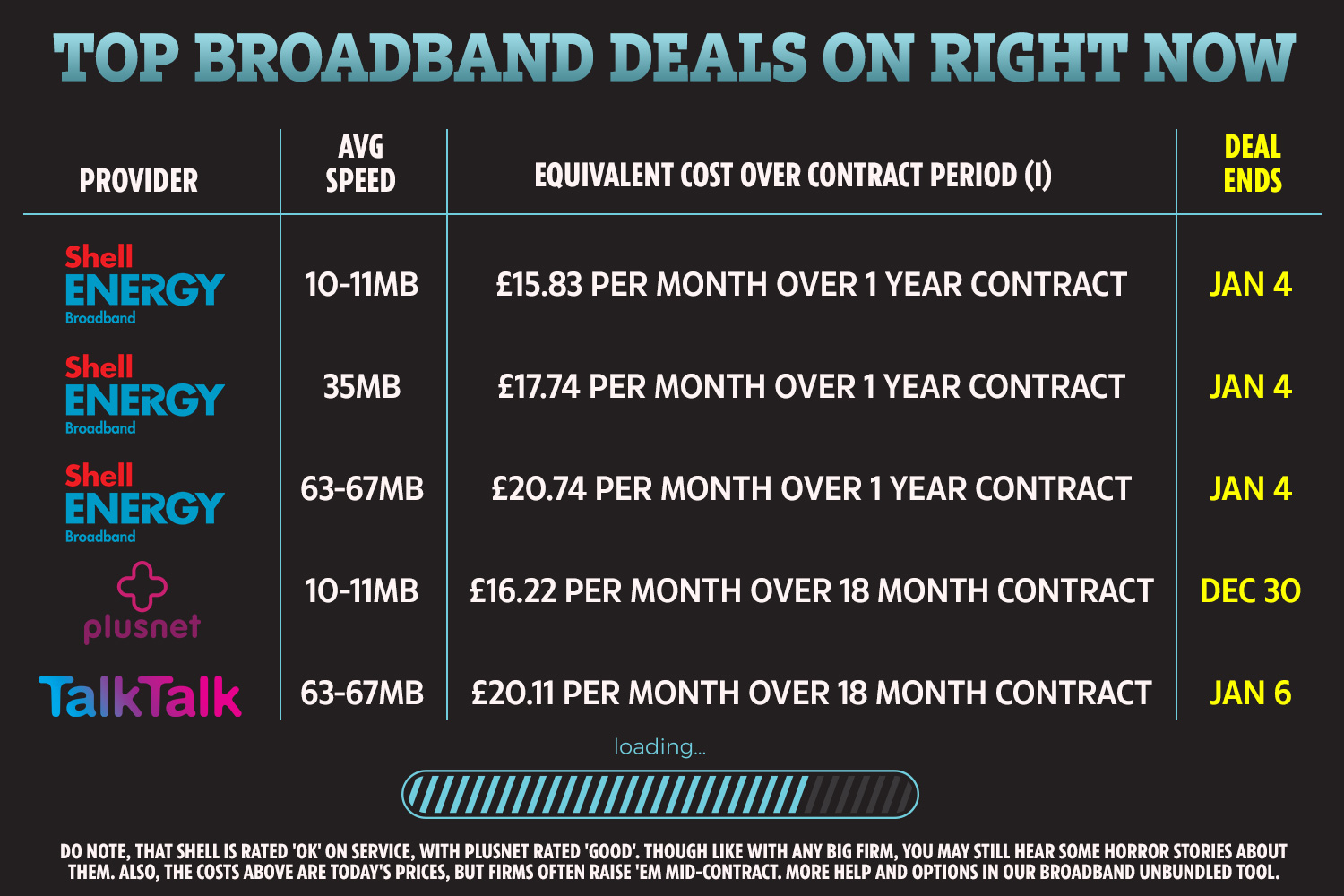 With Shell, you can get a £19.99 a month broadband and line rental with a standard speed of 11mb – this is usually fine for emails and general browsing.

But under the current promotion, which ends on January 4, you can get an automatic £50 bill credit added to your account within three months.

The next best deal MSE found for a similar speed of 10mb was with Plusnet, which is offering an £18.99 a month broadband and line rental.

Where to get the best broadband promotions

HERE’s all you need to know about the latest promotions.

With their deal, which ends today, you can claim a £50 prepaid Mastercard so it works out to be £16.22 per month over the 18-month contract.

When The Sun searched today, we could not find cheaper options for 10-11mb than MSE's deals but you can get 14mb from Three for £17 a month.

For a faster connection, Shell is also offering 35mb broadband and line rental for £23.99 a month, which is good for streamers, gamers or if more than one person wants to use it at once.

This currently comes with an automatic £75 bill credit, which is added to your account within three months – until the promotion ends on January 4.

Money Saving Expert said no other provider was offering anything close to Shell’s price on this speed and The Sun found no cheaper deals either.

Top tips for getting the best deal with your current provider

HOW to save hundreds each year on your internet and phone bill.

Until January 4, Shell is also offering superfast 63mb broadband for £26.99 per month with an automatic £75 bill credit added to your account within three months.

But for an even better deal on superfast connection, TalkTalk is offering67mb for £4.95 upfront and then £24 per month.

With their promotion, which is on until January 6, you also get a £75 prepaid Mastercard.

When The Sun searched today, we could not find cheaper options for 10-11mb than MSE's deals but you can get 63mb from Vodafone for £23 per month.

It’s important to note that current costs may change since firms often raise them mid-contract.

Before you sign onto a year or 18-month contract, you should always check to see whether you can find a better price for the connection you need.

Choosing a more competitive deal with a new provider, can be one way to cut costs.

Often the best deals advertised are for new customers only and there's no reason to not switch once your contract is up.

But with competitive promotions running, you might get a much better deal by haggling with your current provider for a better rate once your contract is up.

By saying you're keen to leave unless they can better the price, you're likely to get a much more competitive deal.

And don't forget the extras such as improved speeds.

Broadcast speeds are dependent on where you live, so check what's available for you by entering your postcode here.

It comes as Sky’s New Year deals include double mobile data and £360 off the iPhone 12.

In other shopping news, customers can also continue to get bargains in Boxing Day and Christmas sales – we round up our favourites at retailers including Boots and M&S.

We’ve also explained whether you need a TV licence and how to watch TV for free in the UK legally without one.

Tags: and, broadband, How, Pho, Slash, to
Recent Posts
We and our partners use cookies on this site to improve our service, perform analytics, personalize advertising, measure advertising performance, and remember website preferences.Ok