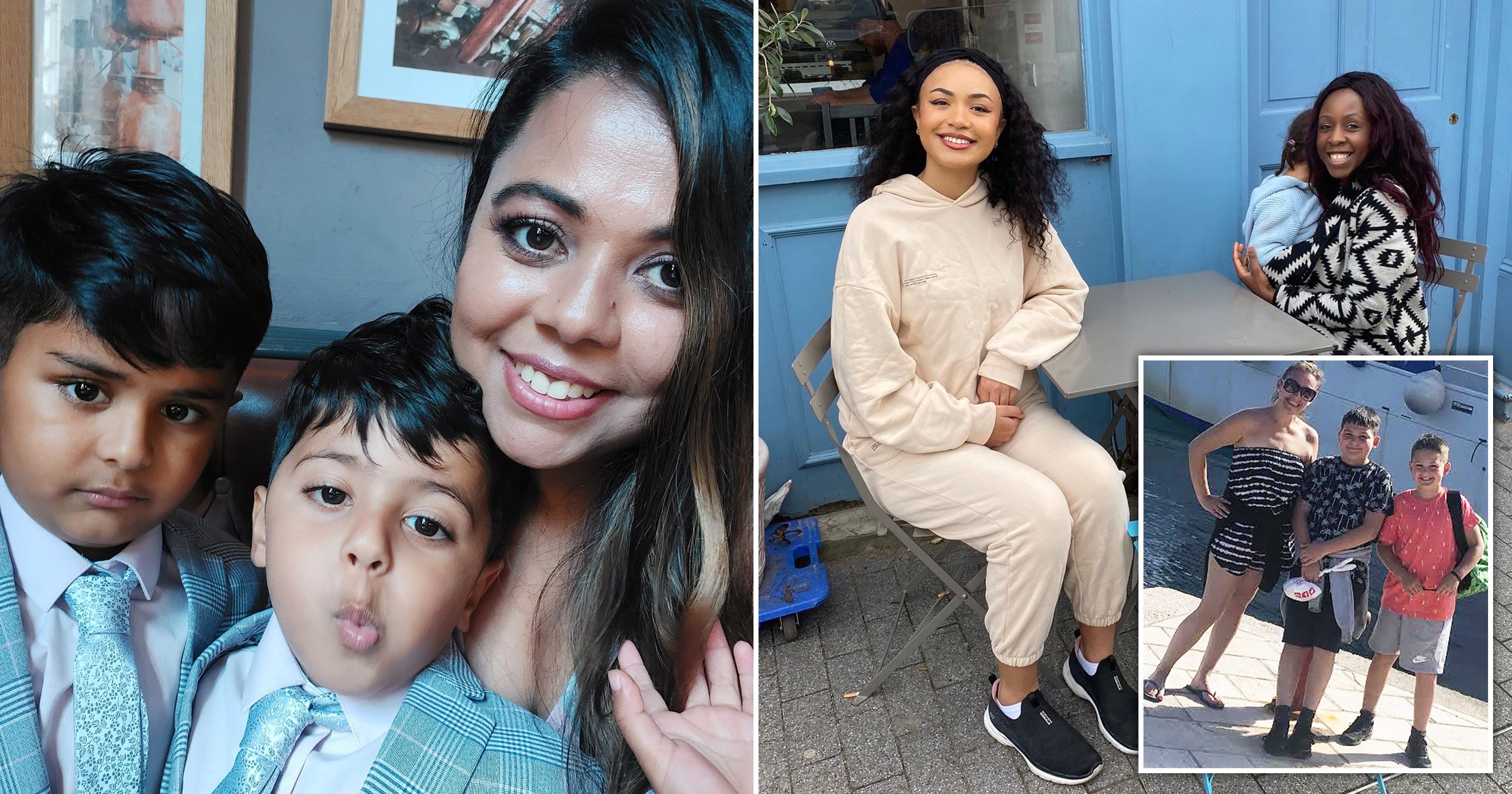 Let’s face it: Sometimes it’s hard to feel sexy, particularly when you’ve got kids to run around after.

As much as we can applaud the body positive movement for allowing us to accept and embrace the way we look, it can be difficult to show self-love when you’re spinning the multiple plates of motherhood. School runs, packed lunches and bedtimes start to take precedent over lie-ins, pamper sessions and date nights.

But in more recent years, it seems mums the world over are taking control of their sex appeal, with TikTok marking the renaissance of the ‘hot mum’.

The video sharing platform boasts over 1.5billion views on videos tagged as #hotmom, while over 61,000 videos have made videos titled ‘hot mom check’, sharing videos of their gorgeous mums of all ages to the world.

With more and more mums out there willing to embrace their sexuality, Metro.co.uk met three self-proclaimed hot mums who see their sexiness as a badge of honour.

Move over Stacy, here are three mums that have really got it going on.

I am ageing disgracefully… I don’t care what people think

Seema Mistry, 39, is from Nottingham. She runs jewellery store Demi + Co and has two sons: Avi, seven, and Benny, five.

Growing up, I always had a baby face. When I was younger, it worked against me. I was a bit nerdy, quiet and shy, and I was quite conscious of looking so young.

Even now, I’m always ID’d when we go out. I’ve even been ID’d to buy scissors.

It really hit home how much younger I looked to people after I had kids. At a parents’ evening for Avi, one of the teachers made a comment to me about being a teen mum. I was so taken aback that I had to explain just how old I was.

It’s almost a joke on the playground; some of my mum friends are turning 40, and they call me ‘the baby’ of the group – but I’m the same age as them!

There are times it can be a little embarrassing. I get guys of all ages trying to chat me up – from granddads to younger men.

When I took my eldest son to the shop, I was stopped by a shop assistant who tried to make a move on me, as he thought my son was my little brother.

Thankfully, my husband isn’t the jealous type. He rolls his eyes a lot. It’s a mixture of genuinely being happy for me and just laughing at me. We get a lot of ‘here we go again’ comments.

I believe in ageing disgracefully, and I still feel like I’m in my 20s. Having children has made me more responsible but has also allowed me to balance and be carefree. I don’t care about what people think, in my 20s I was always thinking about what people might say!

I put my youthful looks down to a good skincare routine. I should have shares in The Ordinary! I keep my routine simple, but I’m thorough in maintaining it. I don’t usually wear a lot of make up but when I do, I always take it off every night, even when I’m really drunk.

I also use retinol three times a week and that has really improved my skin.

My children are quite torn over whether they like having a hot mum. My youngest, Benny, is quite proud, he thinks it’s cool to have a hot mum. My eldest gets a little more embarrassed.

There are a few selfies I’ve taken that my children have said to me: ‘Don’t post it’. I think it’s because they just find it a bit cringe.

Regardless of what my kids think, I’m proud to be a hot mum. I’ve found I’ve got more confident after having children, and I just don’t care so much about what people think of me.

Being a hot mum is totally to do with confidence and embracing the person that you are.

People think my daughter is my sister

After I had my eldest daughter, Stephanie, my body didn’t change much. I actually lost a lot of weight. I didn’t look like the average mum as I was still quite young, and people didn’t seem to believe I had a child.

I get a lot of comments in the street, ranging from looks, winks and wolf whistles. One man even offered to carry my bags for me! There are younger guys interested, but I don’t really pay any attention to them.

I’ve been single for three years, but I’ve done a lot of dating. When I go on dates, I get a lot of comments about how young I look. I’ve had to show my ID to prove I’m over 18 to get into certain venues.

I’m definitely getting more picky as I’ve got older. I’m looking to settle down. I’m much choosier about who I spend time with. Only a couple of days ago, I had to brush off a date. I’m now looking for something where there is a spark.

My daughter likes to remind me that I’m getting older and that I should be more open. I don’t believe just because you’re getting older that you should settle.

Stephanie does get embarrassed about all the comments sometimes. She’s shown pictures of me to her friends who have told her that I’m fit, and I think she’s a bit shy about bringing boyfriends back to ours.

Now she’s 18, I’m keen for us to go clubbing together, but I think she may be a bit cringed out if we do that.

We get asked all the time whether we’re sisters or friends. You can tell by the way people approach Stephanie. If I’m with her and she has people come up to her that she knows, people will talk to her as if she’s with a friend – they don’t realise she’s with her mum! I try not to embarrass her, but I do tell her she should be proud to have a yummy mummy.

I do think it’s a badge of honour to have a hot mum. Mothers have such a hard job. You’re balancing so many different things, you’re doing so much.

Being able to look after ourselves, looking good and feeling good is an important thing – so feeling and looking hot is only a good thing.

I think it’s important for mums to make time for themselves. This is why I started making pamper boxes for my skincare company.

It’s especially targeted as mums, so we can all take some time to ourselves to look and feel good. It’s easy for a mum to forget about yourself.

I try and keep my beauty regime as simple as possible – I never used any kind of make-up until I was 20. But even then, it was very, very minimal. To this day, I keep everything very simple. I only use natural products, like my own creams I’ve made. I think that’s really helped. Plus, I don’t smoke so I do try to look after myself.

I’d say I’m ageing like a fine wine. When I was younger, I didn’t think too much about being sexy. I think sexiness is a state of mind. Just because you’re a mum, it doesn’t mean you have to give up on feeling hot.

I certainly feel sexier after having children because I’ve definitely grown in confidence. I definitely feel hotter than I did when I was 20.

I’m happy to pose in my bikini

Estelle Keeber, 39, is from Leicester. She runs social media marketing brand Immortal Monkey, and is a mum to two boys: Jed, 13, and Obi, 11.

People are always surprised to find out how old I am. When people try to gauge it, they usually think I’m in my late twenties or early thirties. They’re usually quite shocked to find out I’m nearly 40 with two kids.

My eldest son, Jed, is 13, and he gets a lot of cheeky comments from his friends about my appearance. He often gets told: ‘Your mum is fit!’ or ‘I fancy your mum.’ We just laugh it off and take it as a compliment; a little cheekiness never does any harm!

I have an open line of communication with my sons about this. As the boys get older, they may start to feel differently about having a hot mum, but we’ll cross that bridge when we come to it.

It’s not just teenage crushes I have to deal with. I get a lot of men flirting with me online, and many of them are younger. I think they’re often under the impression that I’m younger than I am.

I get men sliding into my DMs on Instagram, Facebook and other dating apps, and some of the messages are very direct and quite sexual. It can get a bit embarrassing at times.

I take men trying to chat me up with a pinch of salt. There’s 50million men out there and I’m looking for someone special offering more than just physical attraction.

I was never actually considered ‘hot’ when I was younger. I used to be a real tomboy, and I never used to date a lot. It took me a while to embrace my femininity.

While people tell me I’m a hot mum, I still feel like that geek inside from when I was a teenager.

When it comes to a beauty routine, I used to be a lot more high maintenance. I had the works: acrylic nails, fake tan and hair extensions. I used to get a lot of my confidence from that.

But when Covid hit, I embraced more of a natural look and I actually preferred feeling more comfortable in our own skin.

Now, I use a specific CBD facial oil, which I absolutely love. I use an eye-cream a few times a week. I use a night cream and I use a face mask at home a couple of times a week.

I like to go for a facial every other month. But I’m much more stripped back. If I’m honest, as I’ve got older, I feel more comfortable in my own skin. It’s taken me until I’m nearly 40 to really embrace the way I look.

Social media puts women under such pressure to look a certain way. As someone who works in social media, I think it’s important that we see real women online. I’m quite happy to share pictures of myself in a bikini.

I’m confident in the way I look, so I feel I have a responsibility to put the real version of myself out there, to help other people understand this is what real women look like.

My own two sons are growing up now, they’re seeing a lot of images on social media, so I want to normalise real women as much as possible to the next generation, without filters, airbrushing and all the enhancements.

I believe being hot is something that comes from within. As you get older, you become more confident and you don’t feel the need to look a certain way for anyone else.

A lot of women are so preoccupied once they have children that taking care of themselves isn’t a priority anymore.

That’s something that’s very personal. You’re still the same person, you still want to feel good about yourself. It’s just finding that time to remember that you are more than just a mum. 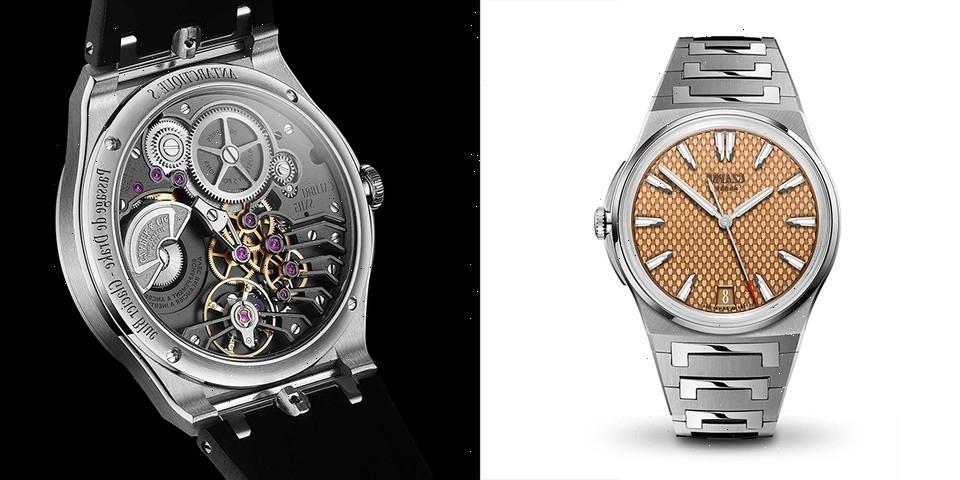