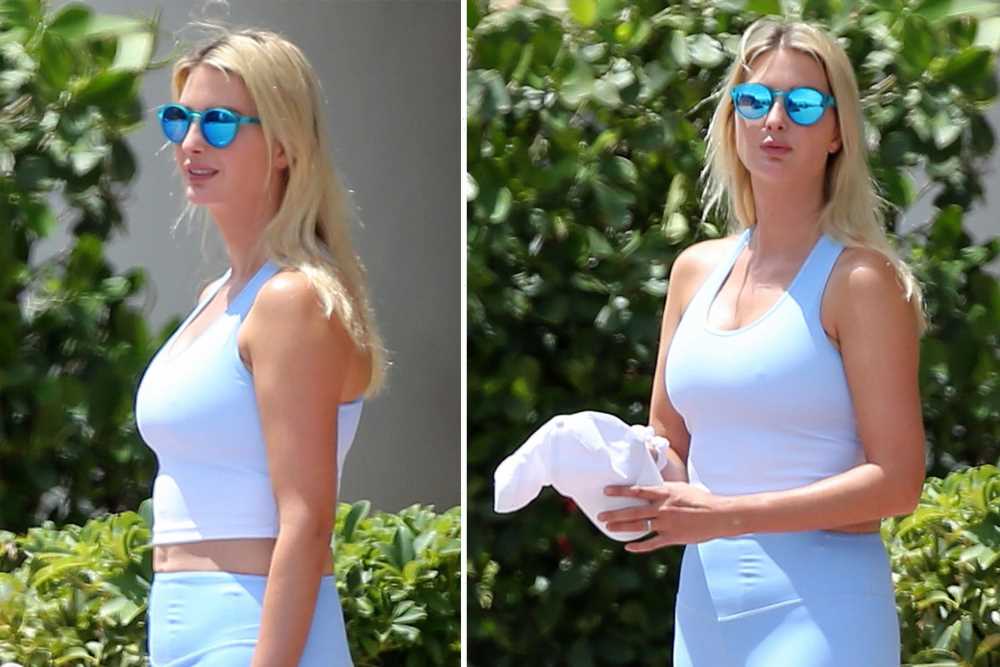 It was a mommy-daughter day out.

Ivanka Trump stepped out for a walk in Miami with her 10-year-old daughter, Arabella, Saturday in complementary athleisure ensembles. Trump opted for a white crop top and sky blue spandex, while Arabella twinned in tie-dye of a similar color scheme.

The pair even took it one step further by both also wearing white baseball caps to shield their faces from the hot sun. 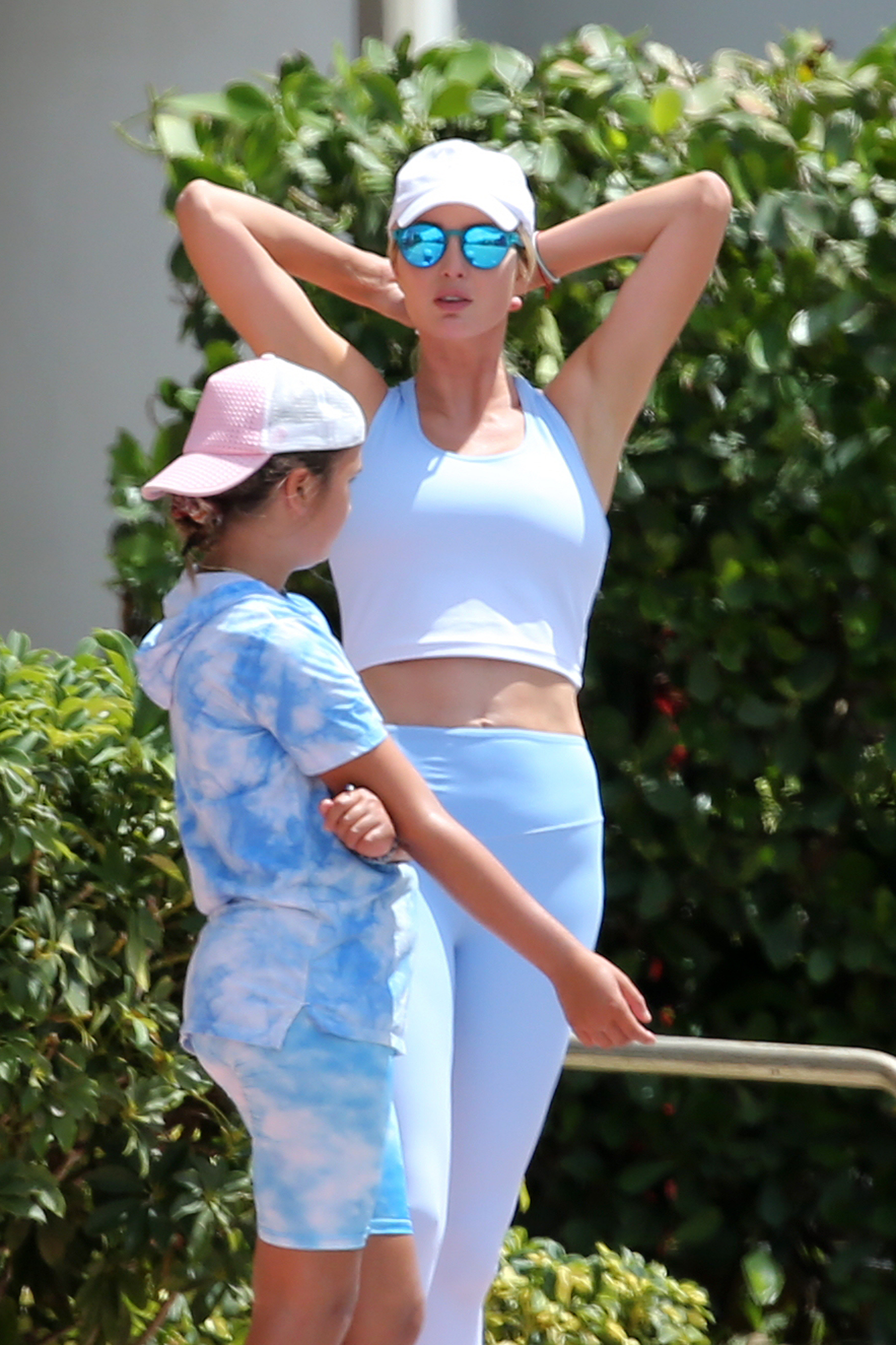 The family has been living down south since their tenure in Washington, DC came to a close.

Trump, 39, and her husband, Jared Kushner, reportedly purchased a $24 million estate in Miami in April after Page Six exclusively revealed they also dropped $30 million on a lot of land on the über-exclusive Indian Creek Island. 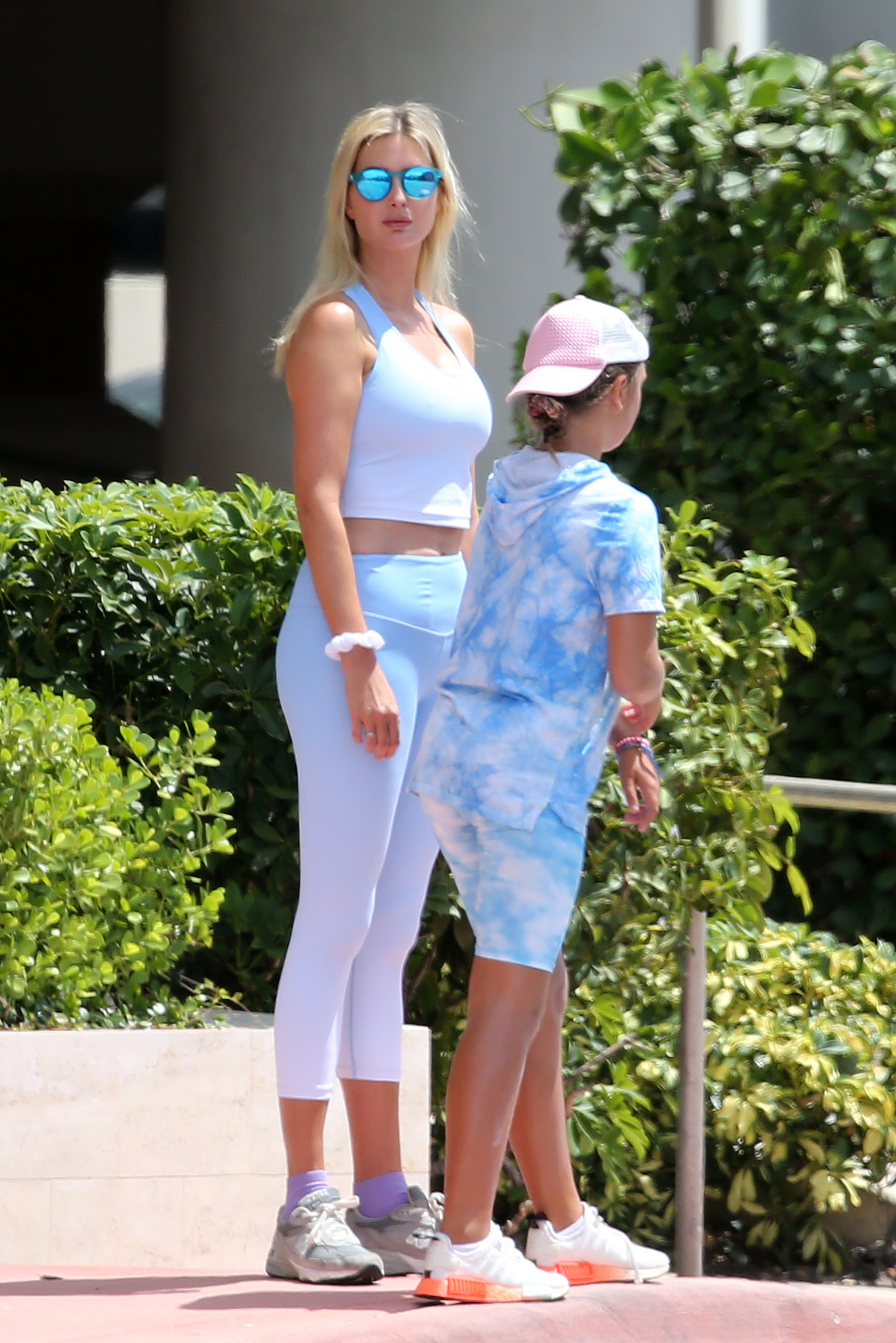 Indian Creek Island is just over an hour from former President Donald Trump’s Mar-a-Lago club. Plus, Jared’s younger brother, Joshua Kushner, and his model wife, Karlie Kloss, bought a $22 million home in Miami ahead of the birth of their first child.

A source familiar with the Indian Creek deal said that Ivanka and Jared, 40, had been on the hunt in Florida, as many of their friends had moved down south from New York City and the Hamptons, saying: “The Kushners have been looking to purchase property in Florida for quite some time and will also maintain their home in New York.” 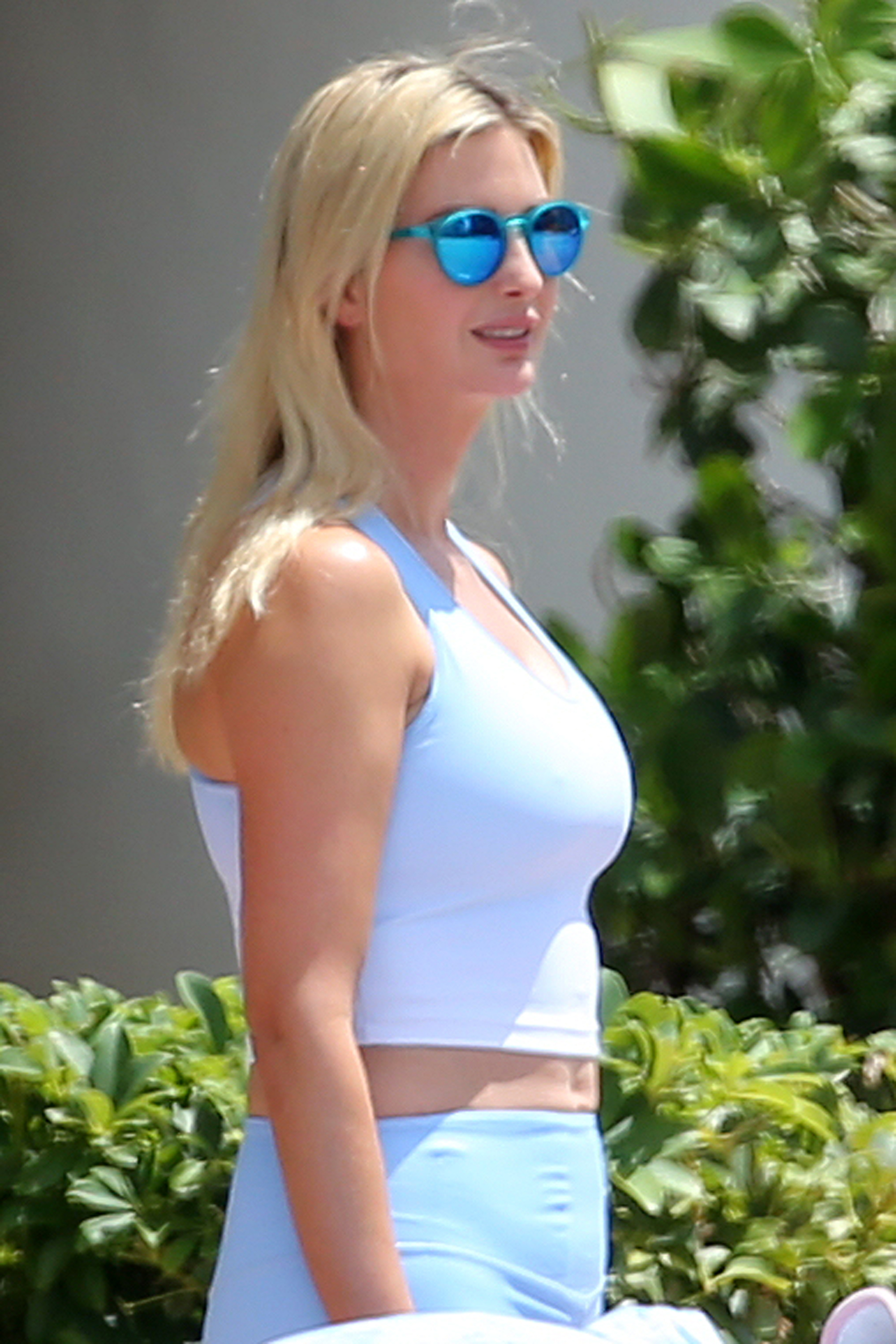 However, local sources told Page Six that Ivanka and Jared “need not apply” to the island’s country club after the January insurrection at the US Capitol and Ivanka’s since-deleted tweet calling those who stormed the building “patriots.”

“Jared and Ivanka can lunch with their fellow ‘patriots’ at Mar-a-Lago,” our insider sniped. “The Indian Creek Country Club members are very picky, and the word is that Javanka need not apply.” 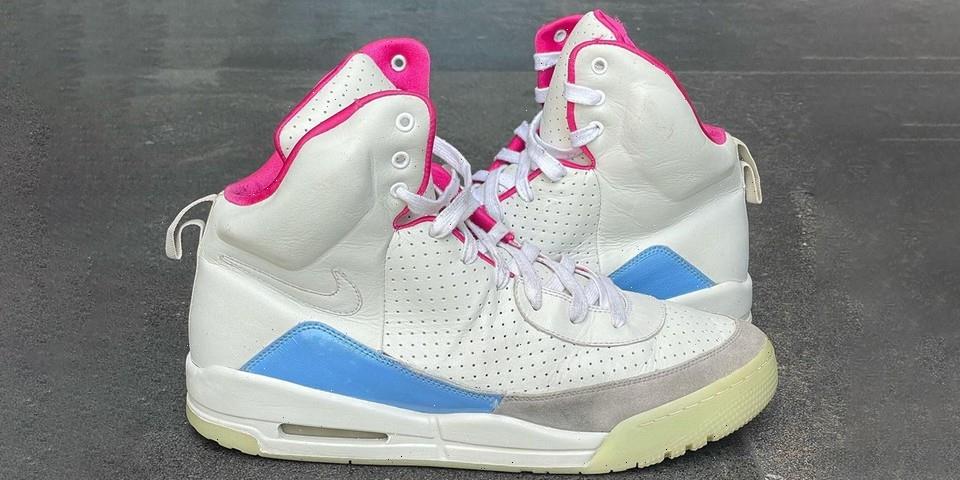