John Mayer and Rihanna get dinner together in Los Angeles

What is Raya? 15 celebrities on the exclusive dating app

He’s the boy in your other phone.

John Mayer responded to a Taylor Swift fan who slid into his Instagram DMs to tell him he should die.

“f–k yourself you ugly bitch i hope you choke on something <3,” the Swiftie named Alondra wrote in a message to Mayer, according to screenshots posted by Instagram account @deux.discusssions.

That’s when Mayer, 44, decided to send a hefty response, writing, “Hi Alondra, it’s John. I’ve been getting so many messages like these the past couple of days. I decided to choose your message at random to reply to. You can feel free to screen shot, share in any way you like if you want.”

He continued, “I’m not upset, I just tend to have a curious mind and feel compelled to ask. Do you really hope that I die?”

Alondra then wrote back, “OMG WHAT i don’t want you to DIE” along with a 30-second voice note with audio that doesn’t appear to have been released. She then apologized to the singer, writing, “i’m sorry.” 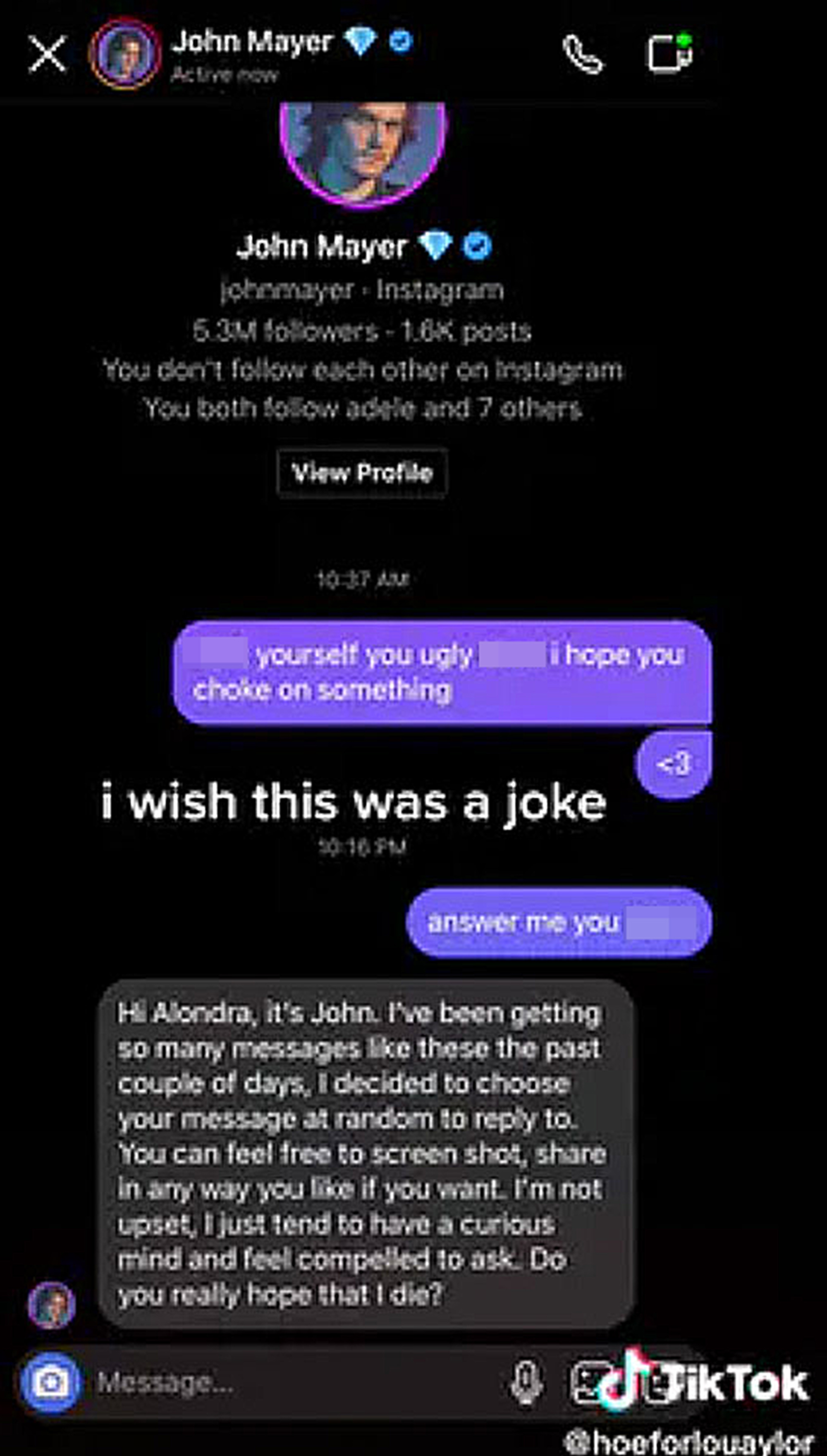 Mayer accepted the troll’s apology and forgave her for her hateful words but then dug deeper to try and understand why she had sent the messages in the first place.

“It’s okay. I wanted to understand,” he wrote. “So it’s a fun thing people are doing without taking into account that I might see it and be affected by it?”

Alondra replied, “yeah, i guess nobody really thought you would see it or answer since you are famous and don’t interact with random people. again, very sorry !!”

Mayer told her there was “some healing here today” and that it was “100 percent okay.”

“Go forth and live happy and healthy!” he wrote.

But Alondra then alerted Mayer that 31-year-old Swift’s army of fans will most likely be sending even nastier messages his way following the upcoming release of her album “Speak Now (Taylor’s Version),” which she originally recorded in 2010 after their breakup.

“just a warning that people are probably going to be 1000x meaner when speak now taylor’s version is released so take care of yourself,” she wrote. 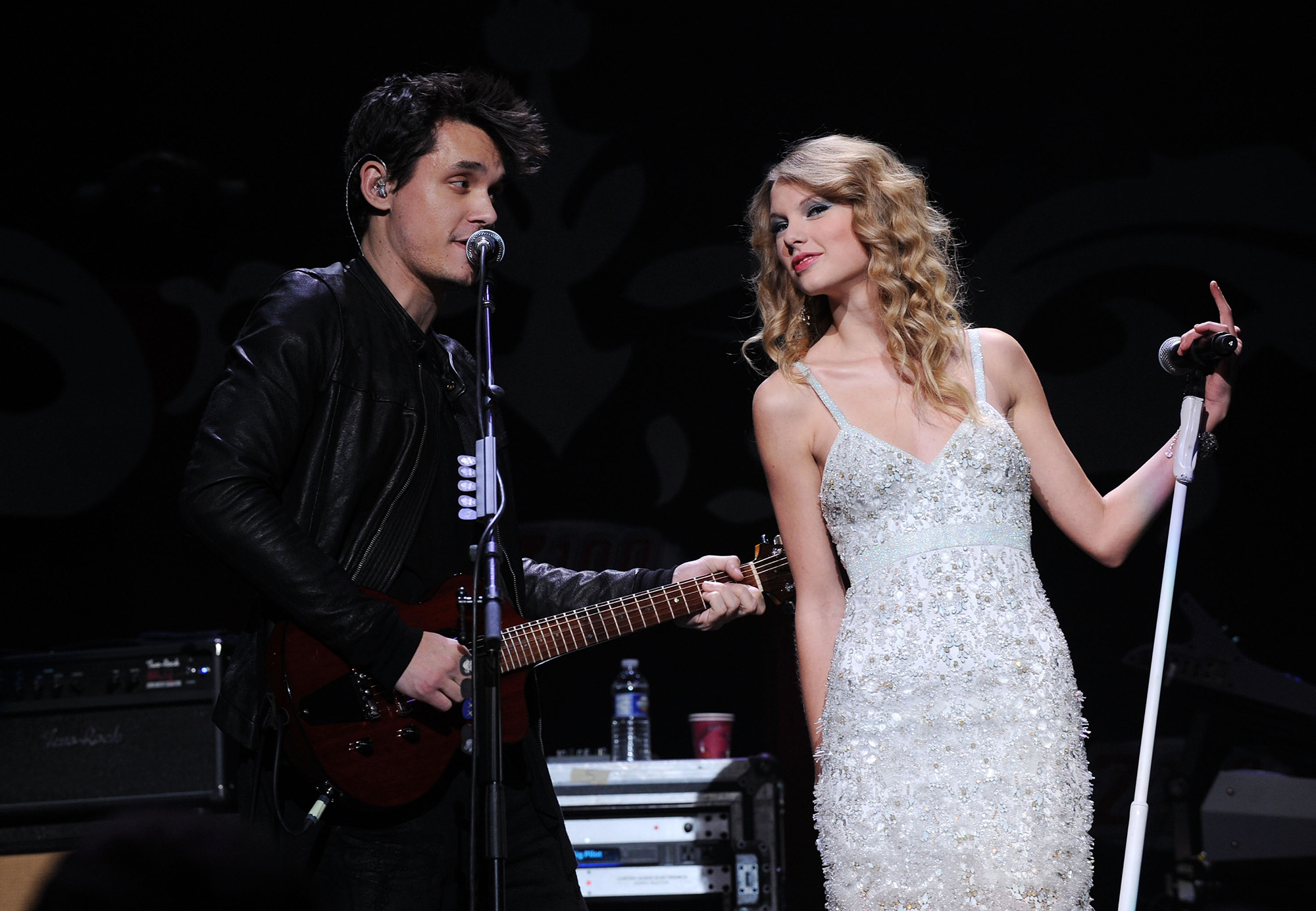 Mayer’s responses seemed to stop there, but after the screengrabs of their conversation circulated the internet, Alondra had to defend herself, saying that she is just a teenager and regrets her cyberbullying.

“people are hating on me. i wanted to let you guys know that i’m only 15 so let’s not send death death threats to me,” she wrote. “also i apologized to john many times. i didn’t expect him to see my message he saw it 2 minutes after i sent it right before i was gonna delete it.” 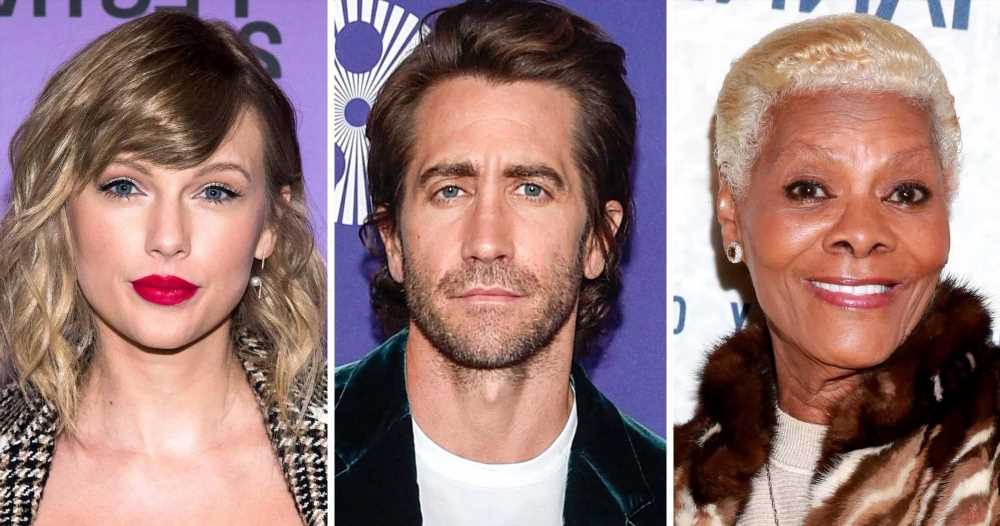 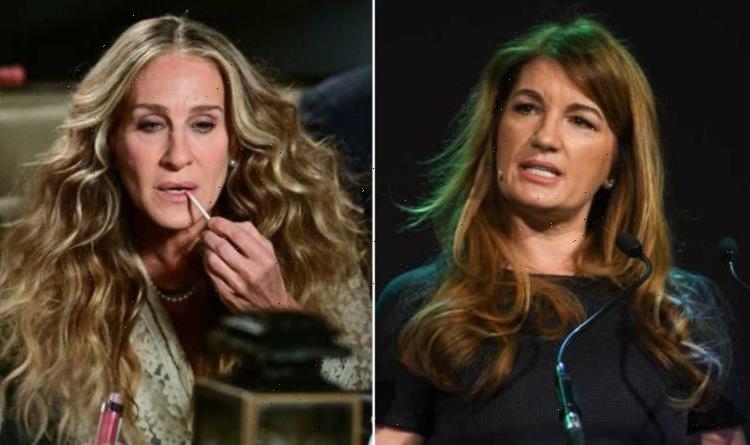