For the opening night of their Happiness Begins tour, Nick Jonas, Joe Jonas and Kevin Jonas recruited their Latinx friends so that they could all take the stage together for the first time. The packed audience roared when the six artists walked onstage in their trendy outfits.

Fans began to suspect that the group would reunite for the show when Sebastian revealed that he had touched down in Miami ahead of the concert. And he also tagged the venue in his Instagram Stories, so the secret got out pretty fast.

Of course, all three of the J sisters—Priyanka Chopra, Sophie Turner and Danielle Jonas—were present for the tour’s kickoff concert in Miami. Ahead of the show, Sophie and Priyanka were spotted doing some shopping in the coastal city. On Instagram, Danielle showed off the gorgeous view from their hotel, which was totally jealousy inducing.

As Priyanka arrived at the venue, she posed in her Jonas Brothers merch, which was an old ripped tee that she wore off her shoulder. Sophie went for a more rocker look by sporting an over-sized t-shirt with knee-high boots.

The trio also posed for photos together backstage in front of a sign that read “J-Sisters.” Too cute! In one photo, Priyanka and Sophie smiled alongside Danielle and kids Alena Jonas and Valentina Jonas.

“The #jsisters for life,” Priyanka captioned the sweet picture. 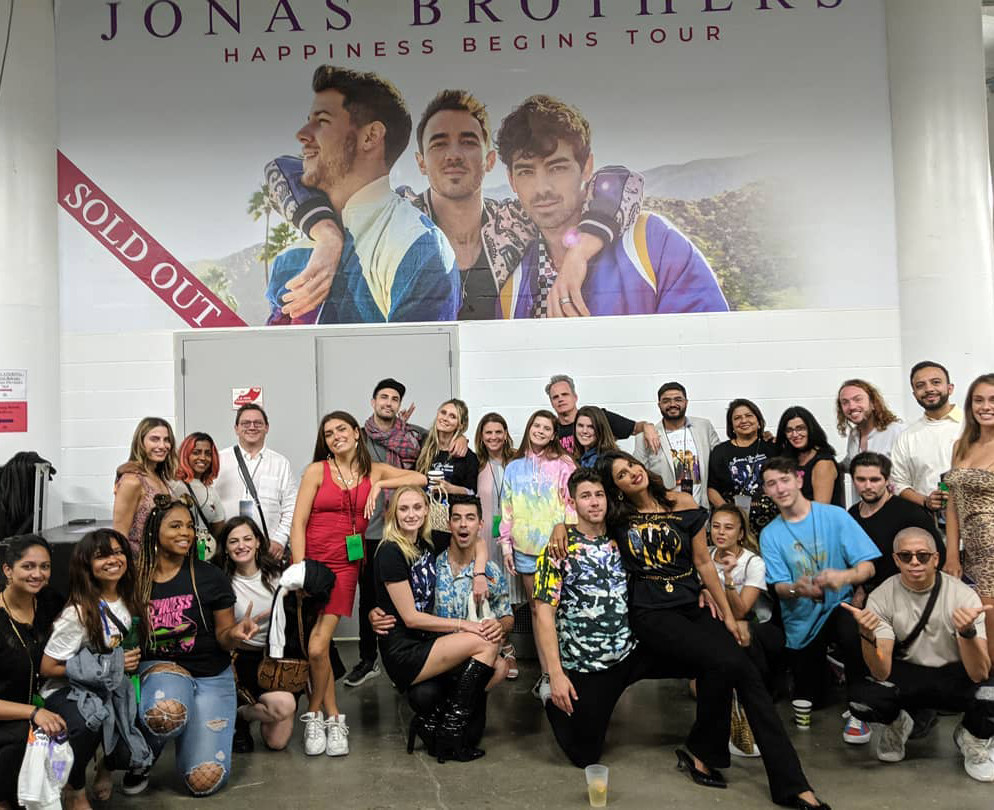 The actress also shared a big group photo from backstage, writing, “Family #HappinessBegins sold out tour!! Crushed it! So proud of u guys!”

This is just the beginning of the Jonas Brothers’ nearly five-month tour through Canada, Mexico and the United States. And the Jonas Brothers aren’t the only ones performing, fans can also see Bebe Rexha and  Dr. Phil‘s son, Jordan McGraw, perform too. For more info on the dates and venues, click here!