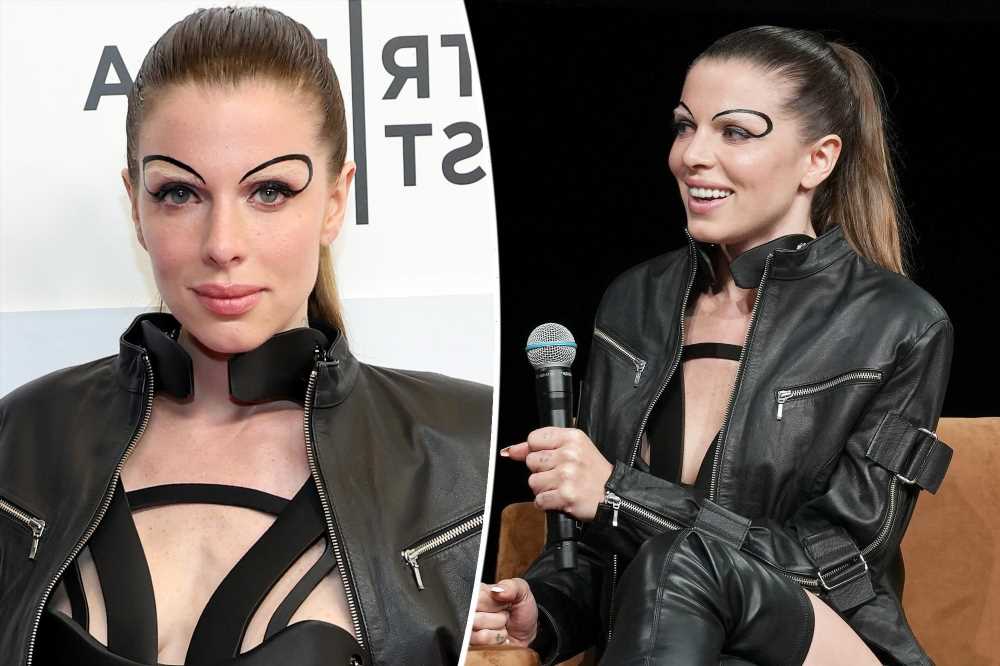 Julia Fox takes a spin in a wedding dress

Julia Fox is creating the next DIY beauty trend.

The “Uncut Gems” star showed off an edgy new makeup look at the Tribeca Film Festival premiere of “Savitree” on Thursday, switching up her signature black, winged eyeliner for drawn-on eyebrows.

Fox — who recently bleached her brows — penned large loops around each eyebrow with black eyeliner for the event. 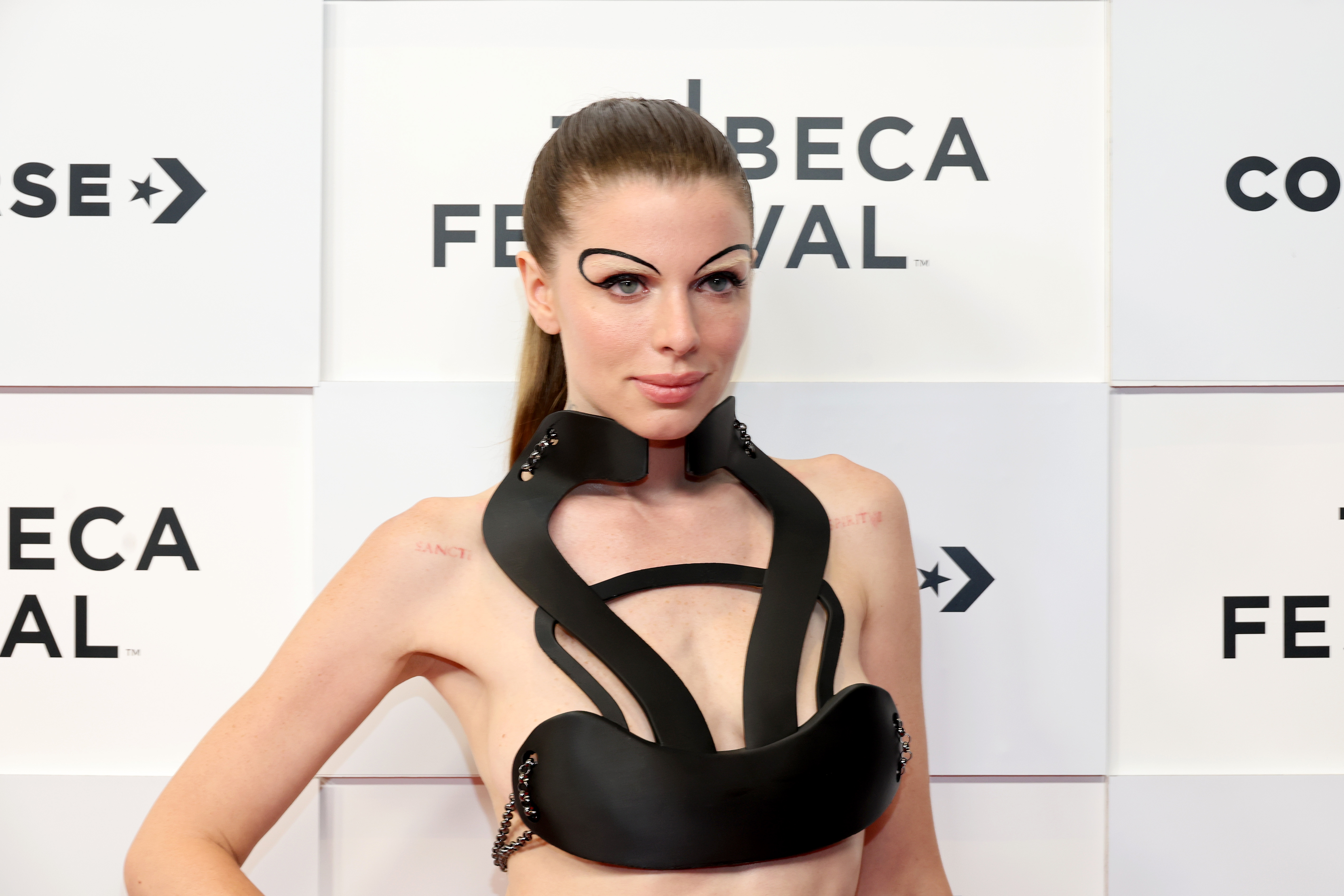 The São Paulo, Brazil-based designer creates custom-made pieces such as Fox’s bold black bandeau with snake-like details reaching up toward her neck.

The look is reminiscent of the “grip dress” she wore to the Vanity Fair Oscar Party in March, featuring what looks like a human hand forming the halter neck.

Fox, 32, posted a video on her Instagram story of herself riding an e-bike through the streets of New York to the event, despite her racy mini skirt. 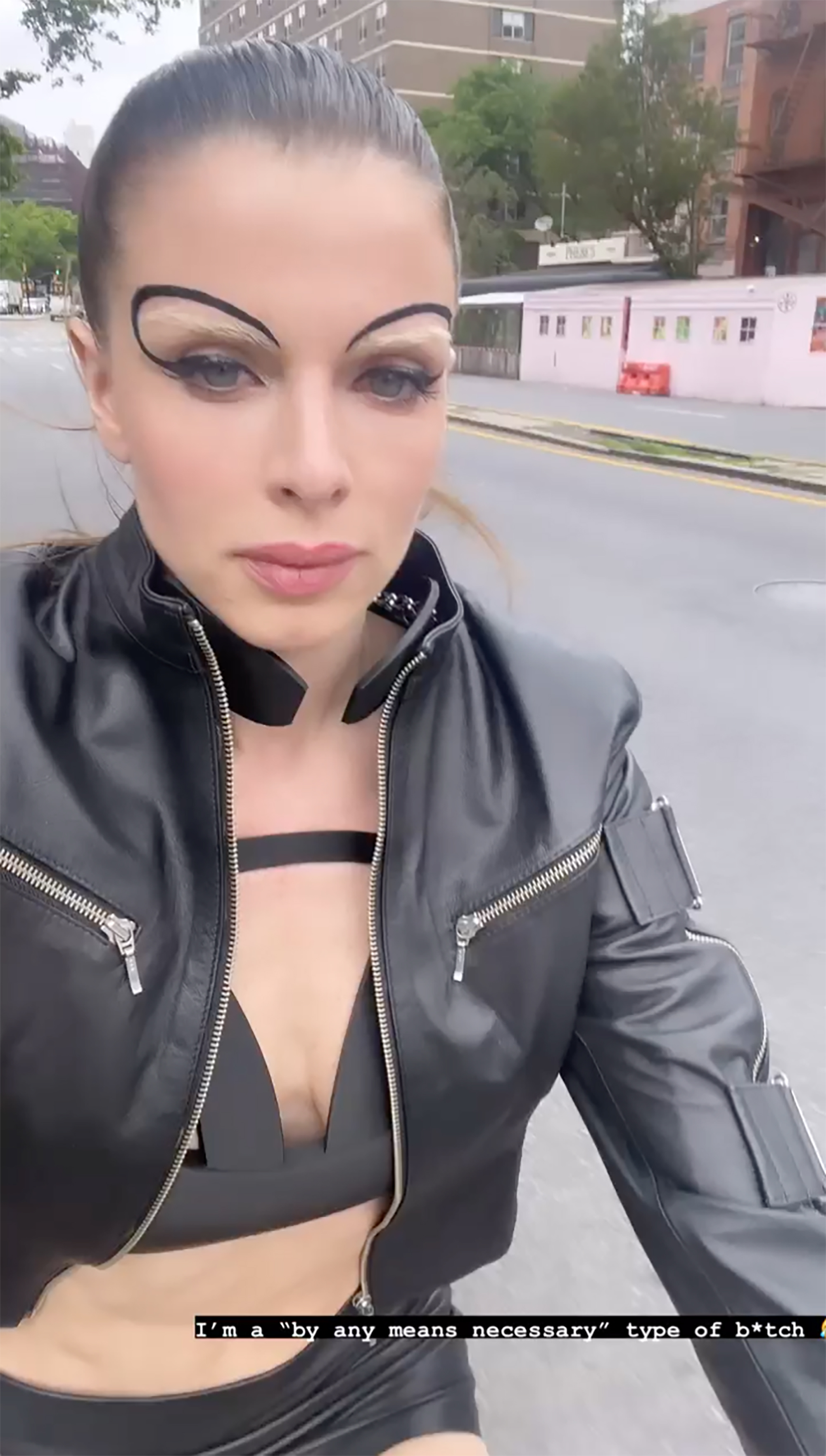 Captioned “I’m a ‘by any means necessary’ type of b*tch,” Fox seemed to be rushing to get to the premiere on time, but she looked cool and collected on the red carpet despite her mode of transport.

Fox told Page Six at the event that she’s done some crazy things to get into a club in her day— even scaling a hedge. 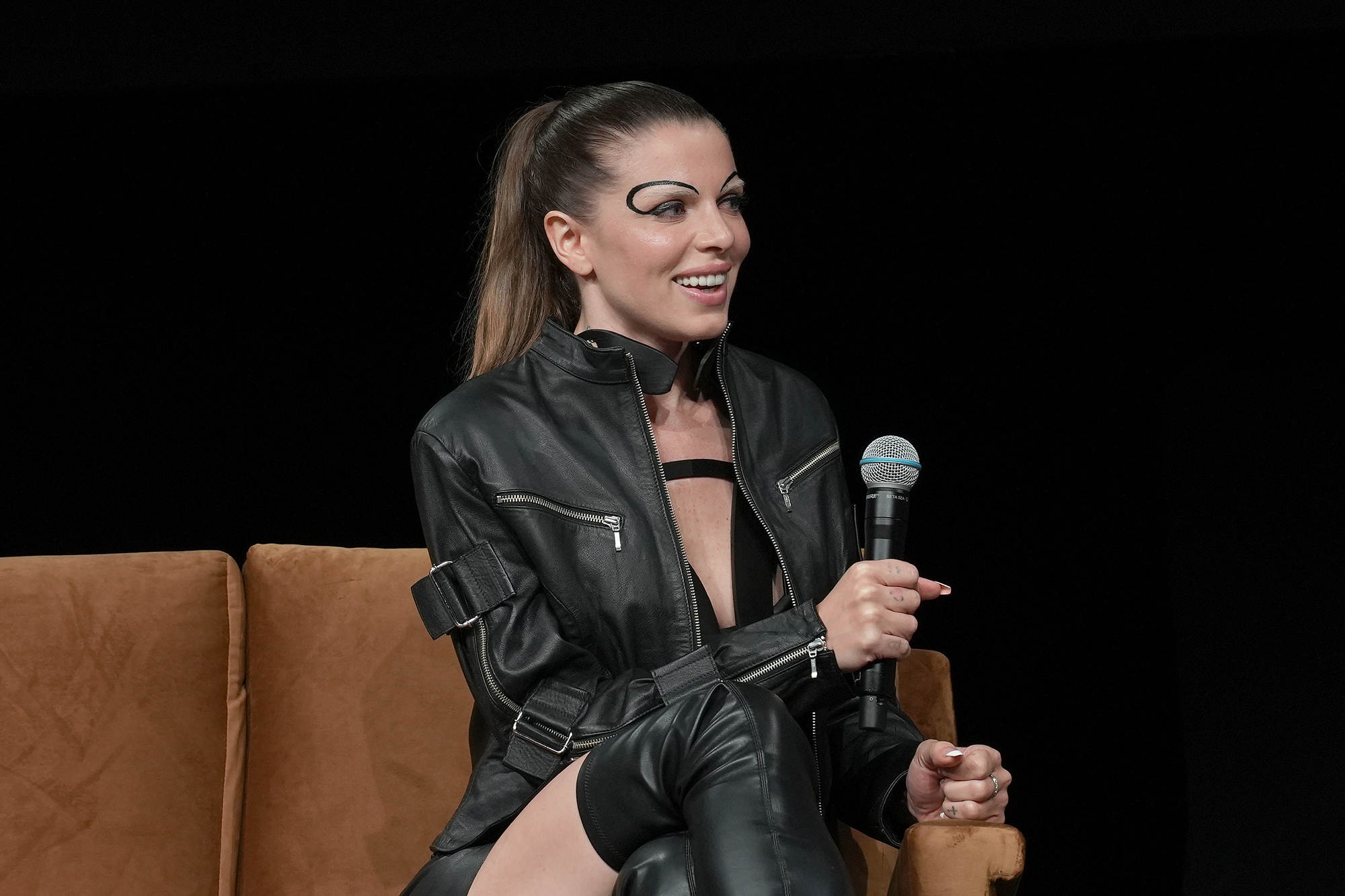 When a bouncer at Paul’s Baby Grand wouldn’t let her in (“because I was a crazy bitch,” she admitted), the actress took things into her own hands.

“So I climbed over the [conservatively 12-foot high] hedges out there with my red-patent leather jumbo Louis Vuitton bag and came in through [the side door],” she said. “The bouncer saw me dancing and said, ‘Julia… How… You know what, I don’t even want to know.’”

As for her bleached brows, Fox told Page Six she went for the look because “pretty is over.”

“Pretty is like someone saying you’re nice,” she said. “Technically it’s a compliment, but you’re like, ‘Is that all you’re getting from me?’” 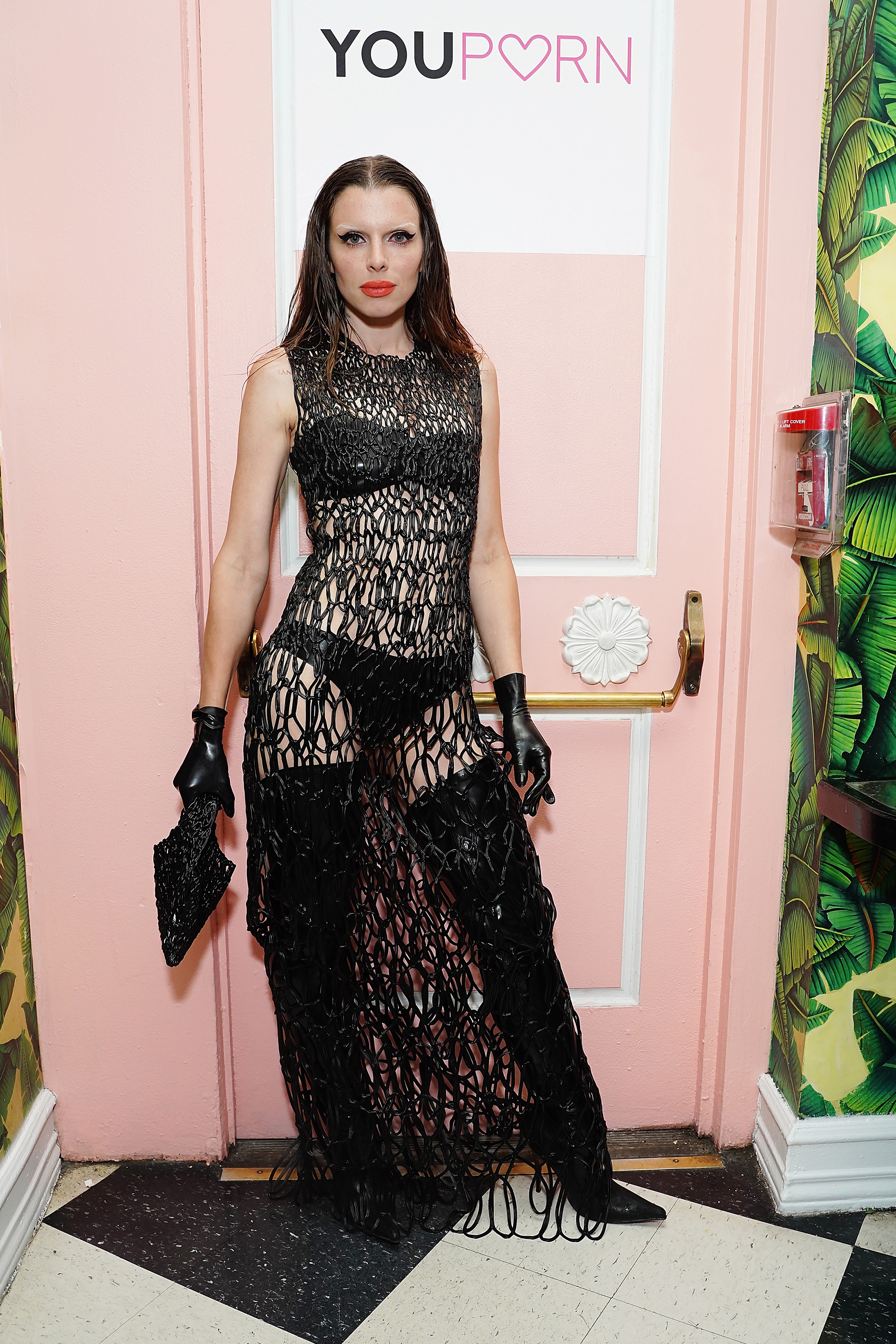 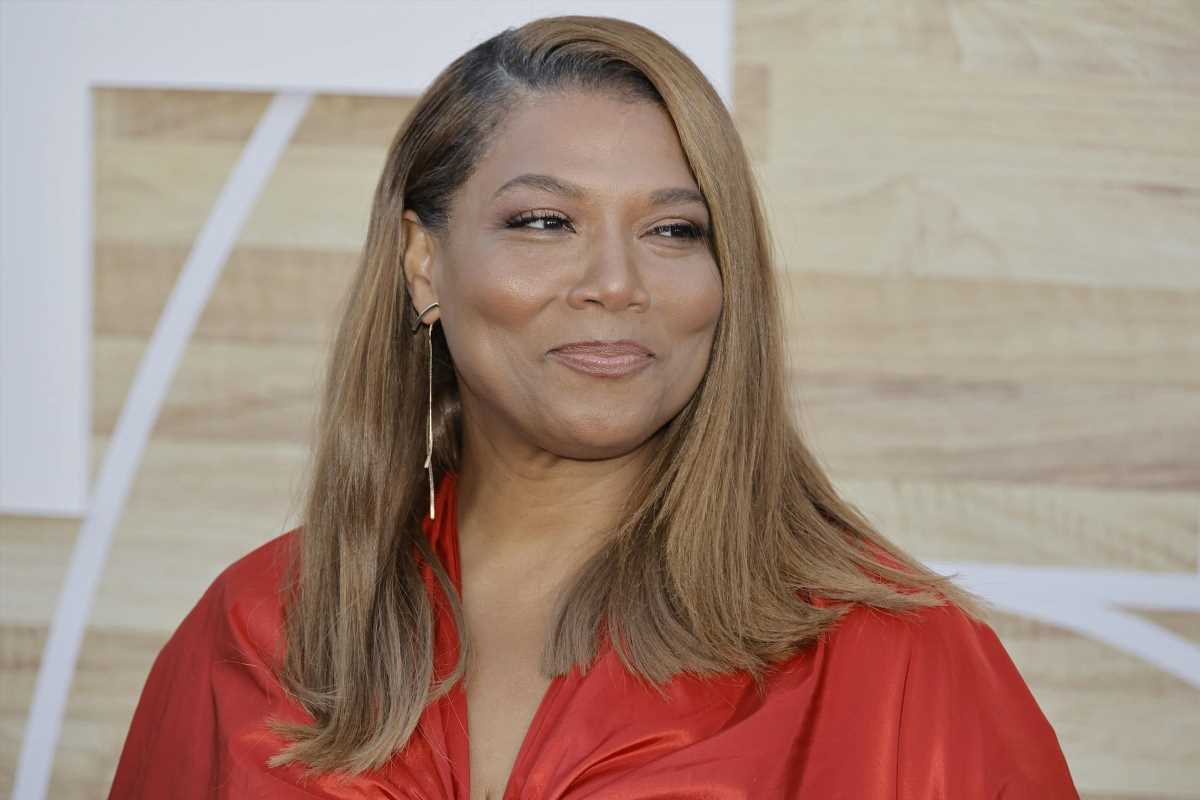 Previous post Queen Latifah and Tupac Shakur Once Went to a Gay Club Together: 'He Took His Shirt Off … And We Were Probably High' 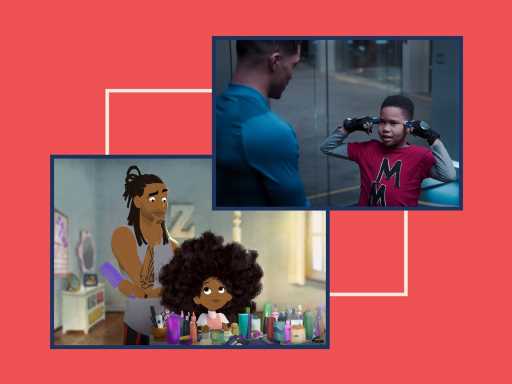