Take a look inside the seven-bedroom, eight-bathroom estate that Khloe Kardashian has called him since she purchased it from Justin Bieber in 2014. 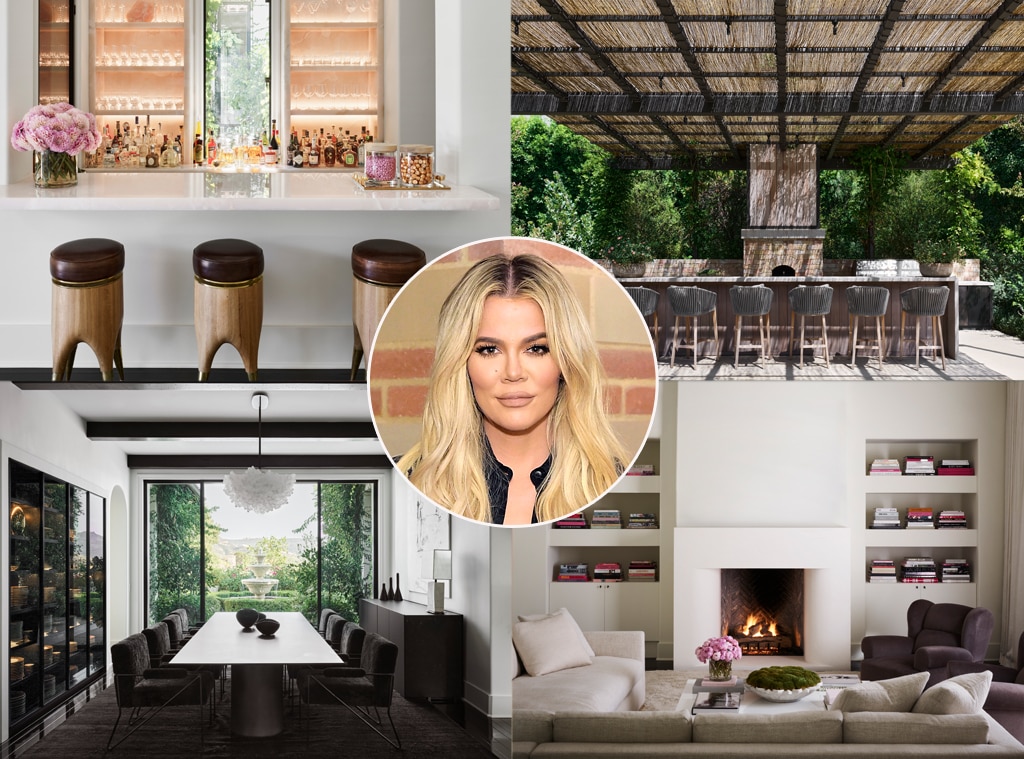 UPDATE: Khloe Kardashian is moving on to bigger and better things.

The Keeping Up With the Kardashians star has sold her Calabasas home for $15.5 million, coming nearly $4 million under her initial asking price. And, according to People, the Good American designer now holds the record for the highest price per square foot of any home ever sold in the A-list community.

To learn why Khloe decided to sell the home, continue reading below.

Khloe Kardashian is ready to begin a new chapter in her life.

E! News has learned that the Keeping Up With the Kardashians star is selling her Calabasas, Calif. estate for $18,950,000. The home, which sits on nearly two acres of picturesque land overlooking Malibu Canyon, was first purchased by Khloe from Justin Bieber for $7.2 million in 2014. She's since done major renovations on the 10,000-square-foot abode, which was even featured alongside sister Kourtney Kardashian's home in Architectural Digest.

"Khloe is selling her house and moving into a bigger home," a source reveals to E! News. "It's a good opportunity for her to make a nice profit. She spent a lot of time remodeling and it is beautiful and ready to sell. It makes sense for her to move on and move up right now."

As for the perks that come with living like a Kardashian, the prospective buyer can look forward to eight bedrooms, seven bathrooms and a massive closet that'll suit even the pickiest of fashionistas.

"I don't have kids, so why not?" Khloe told AD in 2017 of her custom closet. (She's since welcomed daughter True Thompson, who is no doubt the princess of her mom's castle.)

The Good American designer also explained, "I was very hands-on in the design process. I'm obsessed with details, so I can be a bit controlling, but it's only because I'm genuinely curious."

Khloe's famous family members also live just a stone's throw from the mansion, which is located in the extremely exclusive enclave called The Oaks of Calabasas.

For now, we're told Khloe is still enjoying every minute at home with True and her dad, basketball star Tristan Thompson. The exes decided to self-quarantine together after the NBA suspended its season due to the coronavirus pandemic.

"Khloe and Tristan are spending more time together than they could have anticipated. It's been very positive for True and their family. They have never had time like this without distractions or outside stress. It's been a good thing for them and they are doing great," the source shares.

Hear more about the epic property on The Society Group's Real Talk series, and catch up on every season of Keeping Up With the Kardashians right here.

Tags: Ce, kardashian_news, real_estate
Recent Posts
We and our partners use cookies on this site to improve our service, perform analytics, personalize advertising, measure advertising performance, and remember website preferences.Ok