Pete Davidson is ‘bringing out the best’ in Kim Kardashian

If Kanye West’s plan is to get under Kim Kardashian’s skin by dating Julia Fox, it’s not working.

The reality star is “unbothered” by the way that West is very conspicuously courting Fox with makeovers, clothes, and styling her in Kardashian’s favorite designers, sources told Page Six.

“She’s not even bothered by the comparisons [to Fox]. She knows that Kanye is a designer and is a visually creative person, so this has always been his love language and how he shows affection for someone he likes,” a source said.

West, 44, has wined and dined the 31-year-old “Uncut Gems” actress at Kardashian’s favorite restaurants — including NYC’s Carbone — since they spent New Year’s Eve together in Miami.

But sources insist the 41-year-old SKIMS mogul has “fully moved on” from the marriage and is “feeling completely free” now that she’s in a new relationship with Pete Davidson, who “brings out the best in her.”

In fact Kardashian — who is usually primped and polished at all times — is less concerned about her clothes and image now that West is out of the picture, we’re told. She apparently only wants to exist in sweats and shapewear these days, so more makeup free and public sightings of her in her Skims line are ahead, it seems. 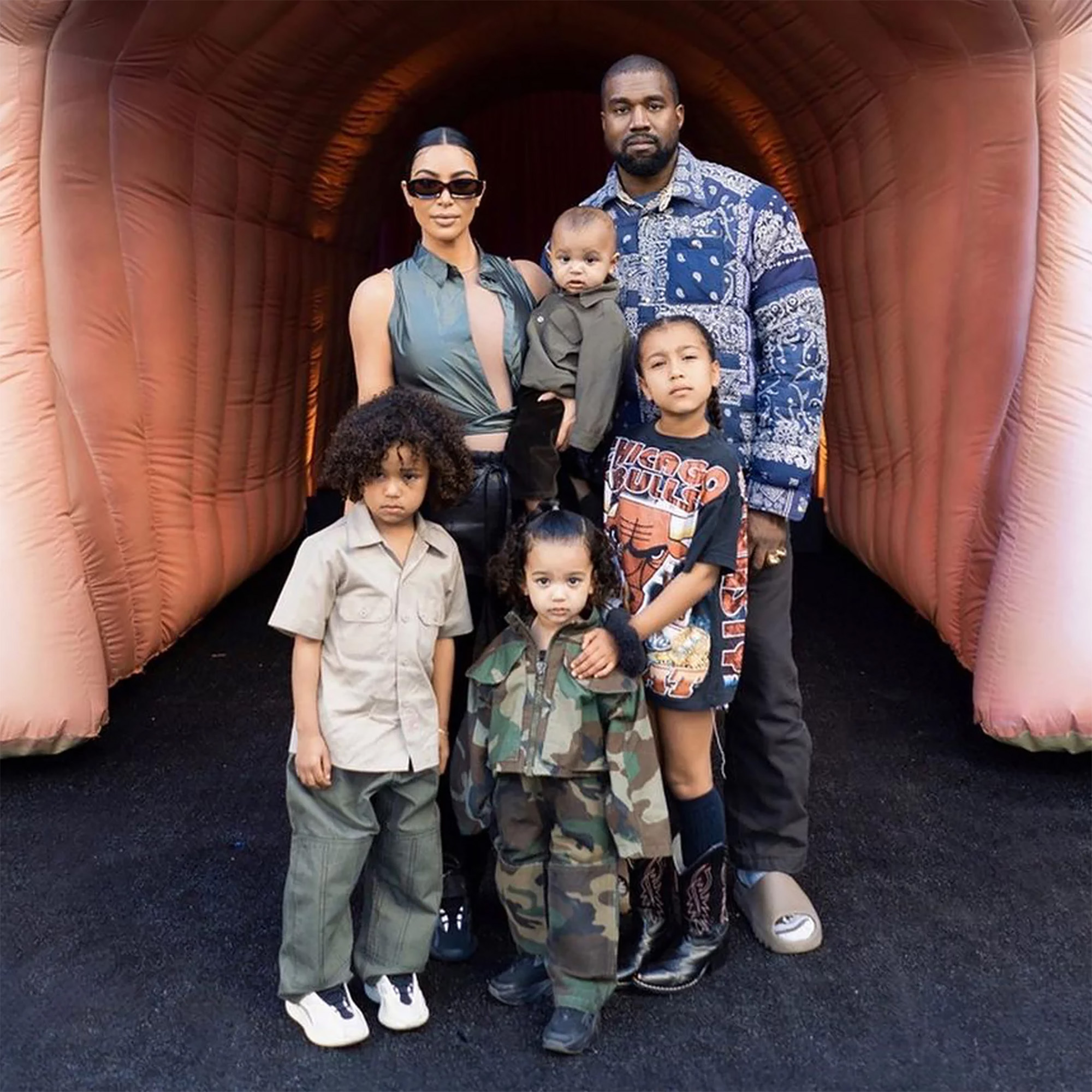 “She just cares about having total happiness and peace – not being cool,” another source said.

A good co-parenting relationship with West remains her top priority, so “Kim loves to see Kanye happy, and only wants positive things for him because it’s what’s best for their kids,” the first source concluded.

Kardashian filed for divorce from West in February 2021 after seven years of marriage. They have four children — North, Saint, Chicago and Psalm — together. Previous post On Our Radar: Noa Kirel Sets Her Sights on Global Domination