Kourtney Kardashian and Travis Barker were playing their own game of tonsil hockey during Saturday’s big UFC 264 event.

The PDA pros used some serious tongue during an ew-inducing smooch session seen on video as cameras panned around to famous folks in the stands before Dustin Poirier beat Conor McGregor.

“Travis Barker and Kourtney Kardashian must know the camera is on them,” a clearly taken-aback Jon Anik, the play-by-play announcer, said as the stars were shown making out.

Other celebrities at the event — including Chuck Liddell and several players from the Cleveland Browns — managed to keep things a little tamer when they were shown on the screen, simply waving to fans or smiling.

The couple’s outing comes just days after Kardashian, 42, sparked engagement rumors by wearing a pair of bridal Minnie Mouse ears while at Disneyland with Barker, 45, and each of their children.

“Usually you wear that when your a bride at Disney either pre wedding or post for honeymoon,” one fan commented on social media, while another wrote, “No Disney fan wears the bridal gear unless there’s a reason.” 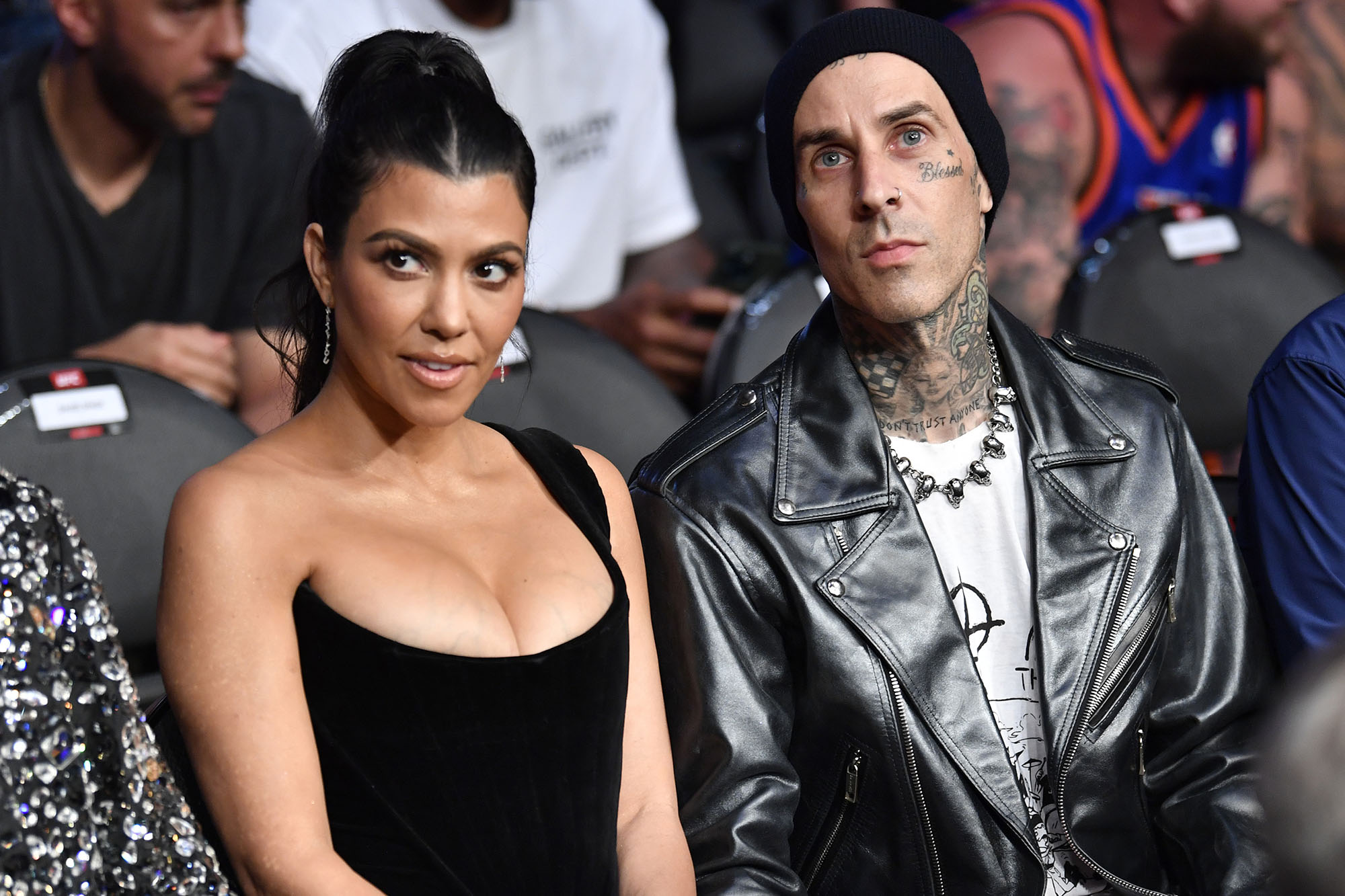 Since the “Keeping Up with the Kardashians” star and the Blink-182 drummer started dating this year, they have gone all-out in the PDA department — and shared much of the steamy action on social media, posting everything form a nearly-nude pic of Kardashian passionately kissing Barker to a NSFW thumb-sucking video.