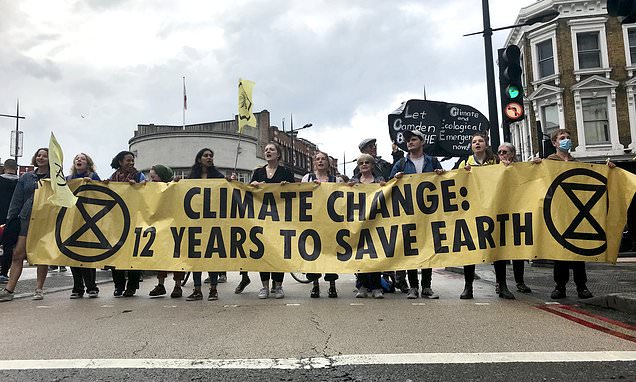 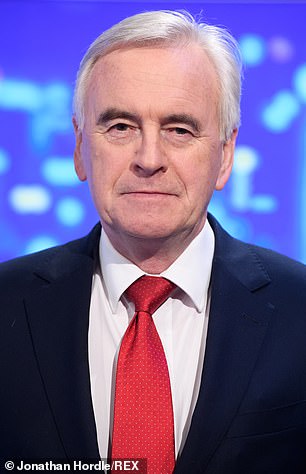 While Conservatives continue to tear chunks out of one another, Labour’s Politburo quietly dream of government. And so over in the City of London yesterday, Shadow Chancellor John McDonnell was busy outlining plans for a green revolution.

Jeremy Corbyn’s lot are very angry about carbon emissions. Their aim is to ensure Britain is carbon neutral by 2050 – a policy announced by Prime Minister Theresa May just a couple of weeks ago. However, Labour want to rid us of carbon emissions even if it means crippling the economy.

There is method to this slightly barmy-sounding ambition. There are a raft of young, middle-class, Tory-hating voters with neon-coloured hair and interesting piercings to whom this issue speaks urgently.

Our setting was the glass-fronted offices of UK Finance, the voice of the country’s less-than-popular banking sector. Around these parts it is no exaggeration to say that the idea of Chancellor McDonnell rattles boardroom crockery big time.

For he is an unreconstructed Trot – a fact of which he makes no bones. As if he was merely discussing changing his milk order, he nonchalantly told an interviewer recently he wants to ‘move on from capitalism’.

At the weekend, he announced plans to appoint a Bank of England governor ‘in tune’ with Labour’s ideas. Shudder. The audience comprised green industry enthusiasts and young Labour supporters who greeted much of what Mr McDonnell said with gawp-eyed enthusiasm. Others from the financial sector looked more than a tad queasy.

‘Our next Chancellor of the Exchequer,’ as he was grandly introduced by pearly queen colleague Lyn Brown (Lab, West Ham), then announced that, if in power, he would introduce a climate change emergency programme. It’ll cost billions, of course.

There was talk of giant wind turbines constructed to power the National Grid, along with tidal lagoons and coastal barrages. Hang the cost, said McDonnell. His grand project (‘pro-ject’) would, he claimed, create 400,000 jobs ‘on union rates’.

There were some particularly draconian ideas, such as subjecting financial institutions to a scary-sounding ‘policing of investments’. He also threatened to de-list companies from the stock exchange which Labour’s Politburo considered were failing to contribute to the battle against climate change. That’s the mining sector done for, then.

Labour’s shadow ministerial team will be advised by Extinction Rebellion, the eco-warriors who brought parts of London to a halt in April and have threatened to ruin summer holidays by flying drones over Heathrow. Some might suggest getting those loons involved in policy is about as responsible as the Department of Health getting England football hooligans to advise on alcohol consumption guidelines. 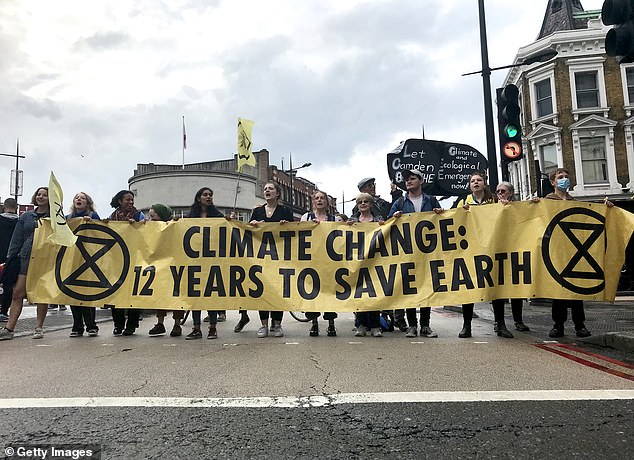 Extinction Rebellion, who have launched a wave of protests throughout Europe in recent month, will be advising Labour’s shadow ministerial team

McDonnell, though, seemed unbothered by the chaos that Extinction Rebellion wrought in the capital, describing the demos as ‘relatively minor’ and ‘definitely worth it’. Besides, he wants anyone with ‘fresh ideas’ involved.

All aboard the McDonnell Revolution! Even Donald Trump is welcome. ‘We’ll try to talk to him,’ he sighed with a resigned shrug.

Later, there was treacle-voiced offer to any Conservative MPs considering backing a no-confidence vote in the Government to pop by and see McDonnell for a friendly chat. He insisted his – sorry, Jeremy Corbyn’s – government would bring people into the fold rather than just issue commandments down from on high. Let the people make the decisions, in other words. Always the siren’s call of the socialist.

Unlike his boss, McDonnell can do the theatrics. He raises his voice in anger, then goes quiet when trying to be emotive. There are folksy references to speaking to people on the bus on the way into work and requests to finish up ‘so we can all go and have a cup of tea’. A bit of a ham, in other words.

No one in the audience had anything to fear from him, he implored: ‘As I always say, what you see is what you get. There are no tricks up my sleeve.’

Admittedly it was a balmy morning, but I couldn’t help notice a few heavily moist brows around the room as his City hosts nervously made for the exit. 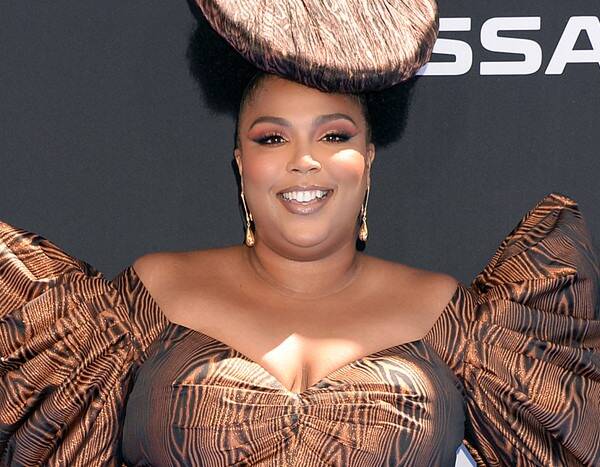 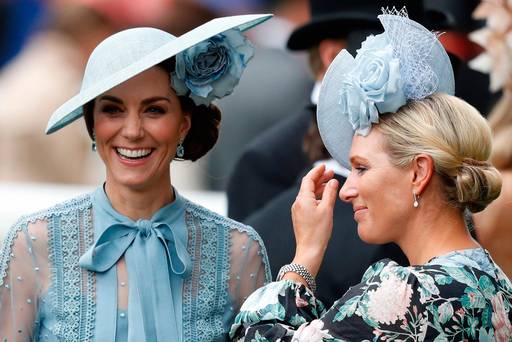