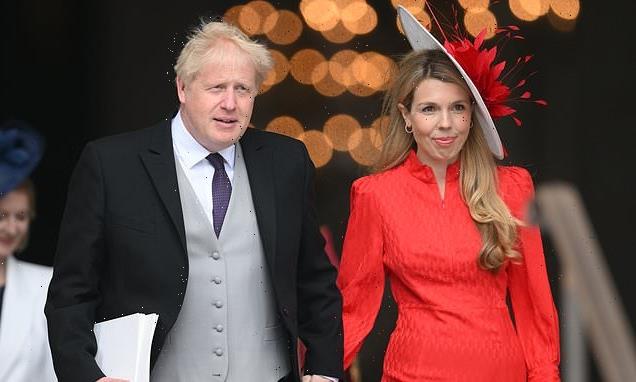 MAIL ON SUNDAY COMMENT: The Tory narcissists, pygmies and cowards hellbent on handing Keir Starmer the keys to No10

This is a unique moment of serious national reflection. We are plainly nearing the end of one of the most momentous eras in our history. Our Queen, more personally beloved than any previous Monarch, is still with us but will now plainly be seen less and less until, in the fullness of time, we will have to learn to cope without her genius for reconciliation and generosity, her patience, her personal modesty and specifically Christian approach to duty and to forbearance.

It is hard to see how we could have got through the past 70 years without her.

That is why the past few days have been a moment of mingled rejoicing and sadness. We all know it is most unlikely that we will see such a celebration again, and that we have been privileged to witness this one.

So let us learn from her while we can, in every aspect of our lives.

Many difficulties and opportunities lie ahead for this nation, which during her reign has transformed itself from a mighty, tightly disciplined empire into a modern beacon of tolerance, inventiveness and openness to the whole world.

That this change has happened peacefully and mainly happily is largely due to the personal statecraft of the Queen, most of whose Ministers have had the sense to listen to her wisdom. It is also due to our constitution, which has allowed us to continue to respect and admire our head of state even while millions, on one side or the other, have felt it hard to admire or respect our political leaders.

There is nothing wrong with that. For many centuries we have avoided tyranny, fascism and communism precisely because we are loyal above all to the Crown, and can cope with a fair amount of hurly-burly in a noisy and adversarial Parliament.

If a British politician is booed in the street, that is just the normal red-blooded behaviour of a free people towards its elected leaders. It does not shake the foundations of society. 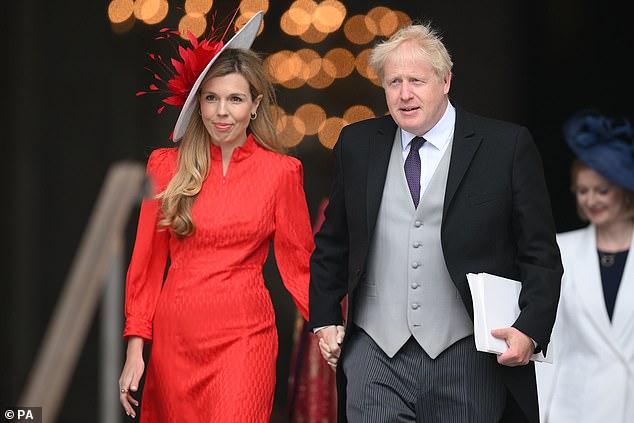 If a British politician is booed in the street, that is just the normal red-blooded behaviour of a free people towards its elected leaders. It does not shake the foundations of society. Pictured: Boris Johnson and his wife Carrie at the National Service of Thanksgiving at St Paul’s Cathedral, London, on day two of the Platinum Jubilee celebrations on Friday

In fact, this form of government is so good that most of the longest-lasting free nations on the planet are constitutional monarchies like ours.

So let us bless and praise and give thanks for the Monarchy, and hope that Her Majesty, her heirs and successors, will reign over us far into the future.

And then we can turn to the other pressing matter in our public affairs, the supposed Tory revolt against Boris Johnson. This, too, requires serious reflection.

Of course there is discontent against the Prime Minister. He has been in office for almost three turbulent and difficult years, beginning with the challenge of Brexit, with which he dealt decisively when others had hesitated and failed.

These have been tough and challenging times, from the pandemic to the cost of living crisis, the many and various legacies of our long national shutdown and now the war in Ukraine, with all its ramifications.

No doubt Mr Johnson made some mistakes during his handling of these matters, but in general this country has emerged less damaged by Covid than most other major societies, and much of this is directly due to decisions taken by him.

One thing that is absolutely certain is that the Labour Opposition would have made a worse job of it, confining us with tighter regulations and reluctant to relax lockdowns.

Labour partisans have made what they could of ‘Partygate’. After all, what else do they have to offer the British people, apart from cynical pacts with the Liberal Democrats and the Scottish Nationalists? They must grasp at anything that will serve to make themselves look like an effective alternative government, which they are not.

In any case, they have lost much of their zeal and self-righteousness since Sir Keir Starmer ran into troubles of his own over beer and curry in Durham.

But what on earth are Tory MPs up to, trying to make trouble for Mr Johnson? 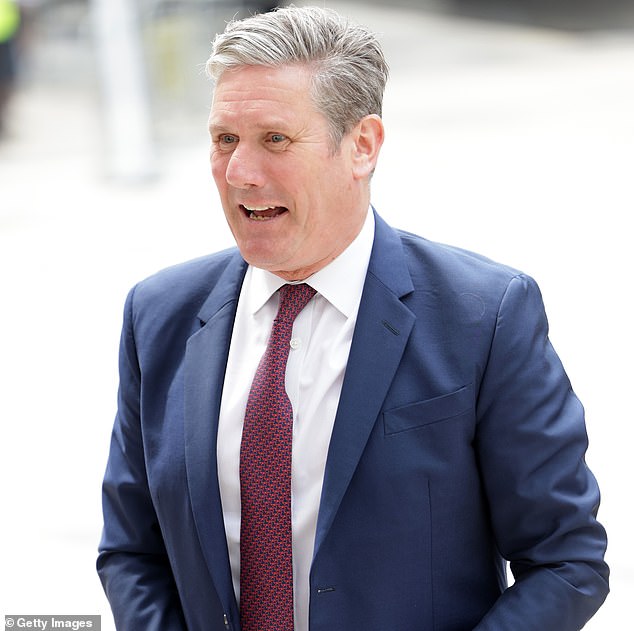 In any case, they have lost much of their zeal and self-righteousness since Sir Keir Starmer (pictured on Friday for the Platinum Jubilee celebrations at The Guildhall in London) ran into troubles of his own over beer and curry in Durham

What do these rebels, egged on of course by the BBC, hope to achieve? Have they not noticed that it is the enemies of Tory Britain who rejoice at their efforts, while praising and publicising every whinge and whimper that comes from them?

‘Rebels’, an expression that suggests romance and bravery, is not really the word for them. They are pygmies and narcissists, who could easily sentence this country to a forever coalition of socialists, Scottish separatists, fanatical Greens and Liberal Democrats, all of course yearning to get this country back into the EU, which we escaped with such difficulty.

Make no mistake, this would not be temporary. The rapidly solidifying coalition of the new Left dreams of abolishing our traditional first-past-the-post voting system and bringing in Continental-style elections under which we could never again get rid of the liberal elite.

The stakes could not be higher.

A split Tory Party would be doomed at the polls. The public will never tolerate division of this kind. The only beneficiary of a rebellion against Boris Johnson would be Labour.

Does the country really want Sir Keir Starmer in charge?

Yet these rebels could make this happen. Once across the threshold of Downing Street, he would begin the break-up of the United Kingdom – something the Queen has done so much to hold together.

His government would be dedicated to colossal spending and taxation. And it would surrender happily to the woke culture that in recent years has bent out of shape so many things we’ve taken for granted for generations, from the British sense of fair play and justice to simple biological definitions of men and women.

What we have experienced up until now will be nothing compared to what will then follow.

Governments should be changed by the voting population – not by a rabble of embittered, grudge-driven nobodies, some of whom are merely motivated by self-love or the fact they have been justifiably sacked from high office, or rightly denied promotion.

Many Tory MPs have never forgiven Boris Johnson for succeeding where they had failed, especially over Brexit.

Mr Johnson’s whispering attackers seem to be cowards as well as narcissists.

For example, one of the suspected main rebel-rousers is alleged to be a man in the pocket of the gambling industry who is now prepared to bet Britain’s future on a Conservative leadership election.

There seems to be no one brave enough to be the leader of the so-called ‘Jubilee Coup’.

If their case is so good, why is there such a shortage of credible alternative Premiers?

Jeremy Hunt? One Minister has described him witheringly as ‘Theresa May in trousers without the charisma’ – a double blow, since Mrs May was never famous for her charisma.

What has he done? He would never have pushed Brexit through. He was Health Secretary for an unusually long stint. Yet the NHS is still not fixed. The best way for him to show leadership would be for him to come out and condemn the plotting.

Rishi Sunak, who once allowed himself to be talked of as a potential successor, has destroyed his own reputation at the Treasury. Foreign Secretary Liz Truss is at best entirely untested. Defence Secretary Ben Wallace, though plainly ambitious, remains an insubstantial figure.

Yes, Boris Johnson has many failings. But his internal enemies and his Left-wing opponents have many more.

Political leadership does not require spotless saints but competent, experienced men and women who can get things done when others dither or fail.

Many of our greatest national leaders have been deeply flawed, yet they have served the people well.

Even if Boris Johnson’s opponents had any serious alternative to offer, they would be playing with fire in trying to unseat him at this stage in a Parliament. As they do not have any such alternative, their actions are futile and wrong. They should put duty before self-indulgence, and devote all their efforts to ensuring a Conservative victory at the next election. 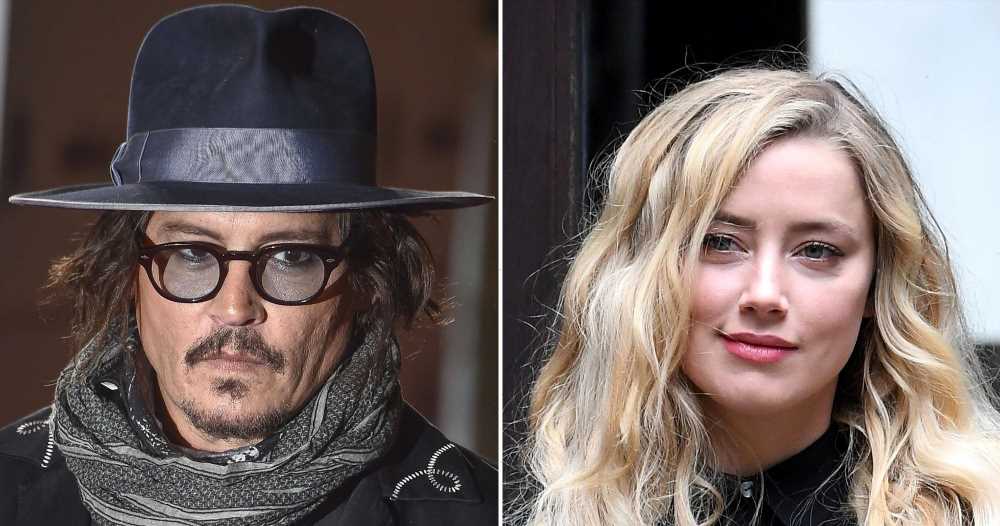 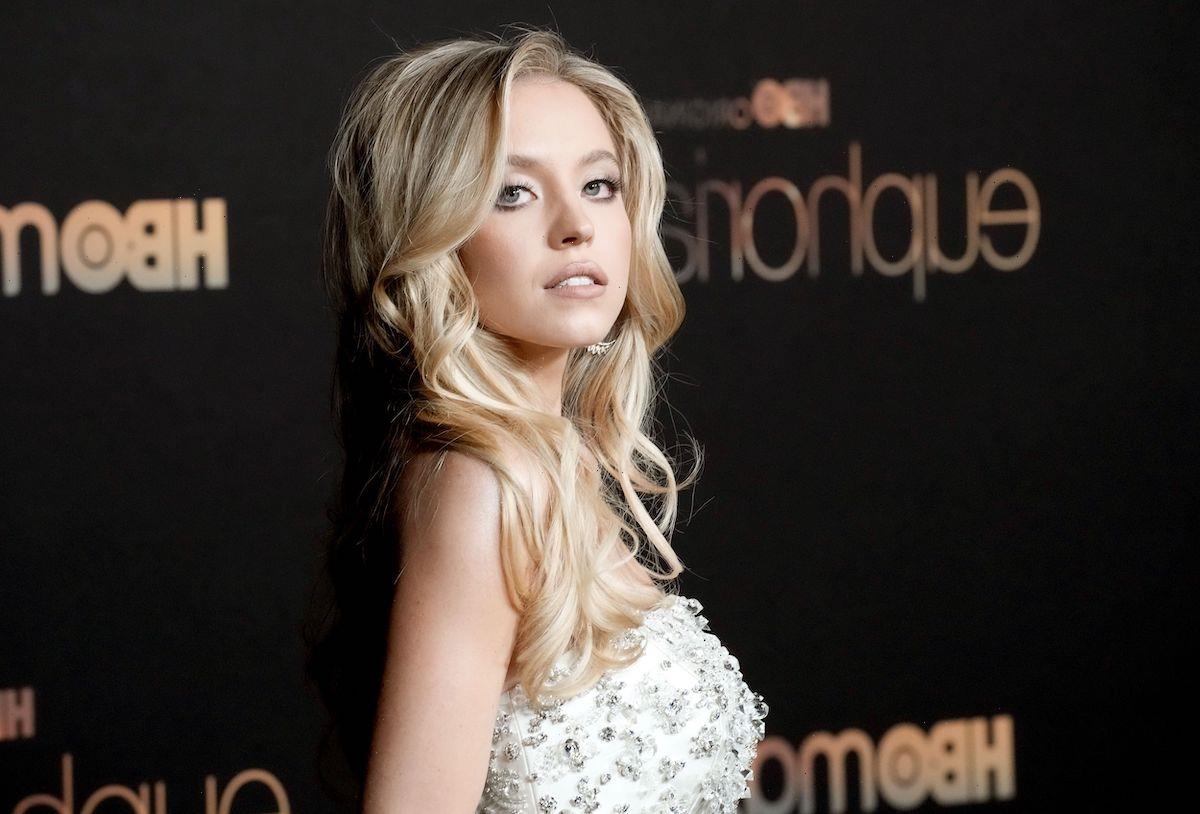