Meghan Markle, 38, is proud of her American roots and she and Prince Harry intend to raise baby Archie within both the US and UK cultures. The Sussexes are due to take a six week break later this month and are expected to travel to the US as a family for the first time.

While in her homeland Meghan will want to introduce Archie Harrison to American traditions and observe one very important custom.

According to culture experts from language learning app Babbel, the Duchess will ‘insist’ on Archie celebrating the American holiday Thanksgiving.

A Babbel spokesman told Express.co.uk: “Possibly the most American holiday, Thanksgiving, is one of the traditions Meghan is likely to insist upon celebrating as her child grows up.

“Taking place on the fourth Thursday of November, families travel far and wide to spend time with each other on this special holiday, sit down for a delicious and indulgent meal, watch the parade and, more often than not, enjoy a game of American football.

“The roots of Thanksgiving are closely linked with British history – the day commemorates the arrival of the Pilgrims on Plymouth Rock in 1621 and the celebration of the first harvest with the natives.

“We’re not sure Thanksgiving will become a national holiday here, but the Sussex family is likely to spend the day in the States with Meghan’s loved ones, sharing a mighty feast and giving thanks.” 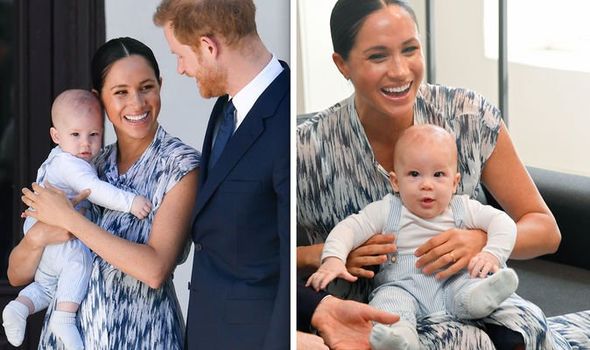 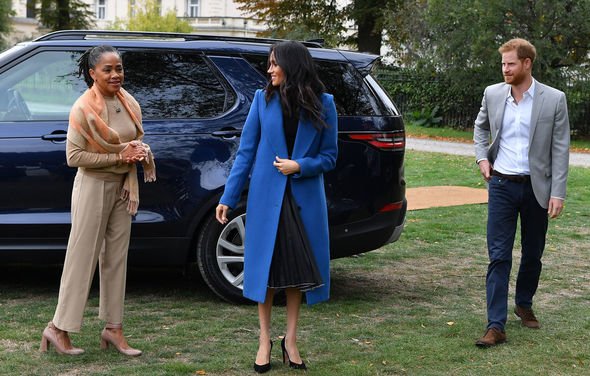 Meghan and Prince Harry are expected to join the Duchess’s mother Doria Ragland in LA for Thanksgiving.

Thanksgiving is America’s most beloved holiday and takes place on the fourth Thursday of November every year.

The origins of Thanksgiving date back to 1621 when a group of English pilgrims in present-day Massachusetts shared a feast with a tribe of Native Americans to celebrate a plentiful harvest. 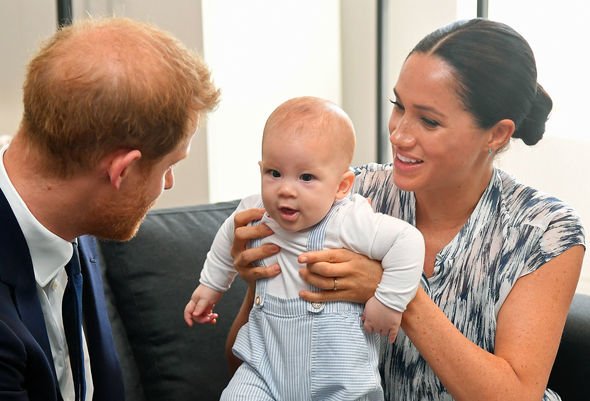 This “First Thanksgiving” took place in October and lasted about three days, although there is also evidence to suggest similar ceremonies were held two years earlier in Virginia.

The exact date of Thanksgiving varied from state to state until, in 1863, Abraham Lincoln finally declared it a national holiday across the whole of the USA.

Thanksgiving is also celebrated in Canada and various Caribbean islands.

Even Britain has its own version of Thanksgiving, although it is not widely observed.

Will Meghan and Harry move to America?

Meghan and Prince Harry’s admission they have struggled in the royal spotlight has prompted speculation they could move abroad long-term.

America would seem the most likely choice for the couple as Meghan is from there.

Addressing rumours the Sussexes could ditch Britain altogether one royal commentator claimed the security costs would make it unlikely. 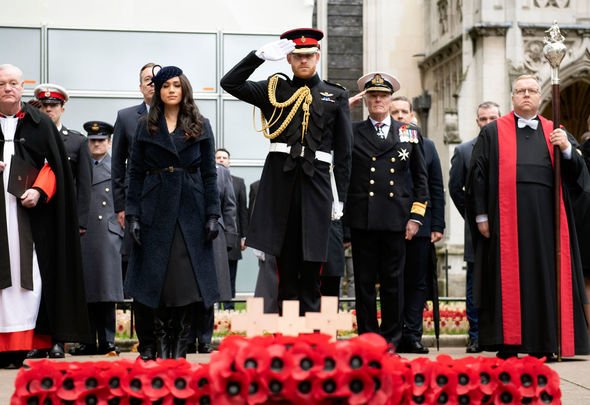 Royal expert Richard Fitzwilliams told Express.co.uk: “There have been rumours for many months that Harry and Meghan had plans that involved moving from Britain for at least part of the year.”

“However it remains totally unclear how such an arrangement would work in practice.

He added: “They might conceivably choose the USA. Speculation continues about this.

“There would, however, be huge security costs and what exactly would they do and where? Also, in time, there is the matter of Archie’s upbringing.”