To hear Hollywood and mainstream media tell it, beauty pageants have always been a white women’s game. For decades, white women and girls have mostly reigned supreme at Miss America and other acclaimed events. They’ve been the protagonists of popular pageant-themed films like “Dumplin’” and “Miss Congeniality.”

So when Miss America, Miss Teen USA, Miss USA and Miss Universe all crowned Black women last year, it felt like a tide had finally shifted in the industry. The 2019 winners surely represented a significant achievement. But what many people don’t know is that Black-owned pageants across the nation have been honoring Black beauty and heritage for over half a century.

That’s what writer-director Channing Godfrey Peoples celebrates in her heartfelt new drama, “Miss Juneteenth,” which premiered at the Sundance Film Festival last month. The movie highlights the eponymous Black teen pageant in Fort Worth, Texas, whose name references the June 19, 1865, announcement that slavery had been abolished in the state. The pageant honors that rich history by crowning a young Black woman who embodies the event’s core values of community service, beauty and talent.

Educating Black girls about their own legacy gives them a sense of pride within a space that has only now begun to accept them. Andrea Sledge, the director and chairperson of the Miss Juneteenth pageant, told HuffPost that instilling dignity in the contestants through etiquette, beauty and history workshops is crucial to how they carry themselves in competition and beyond. 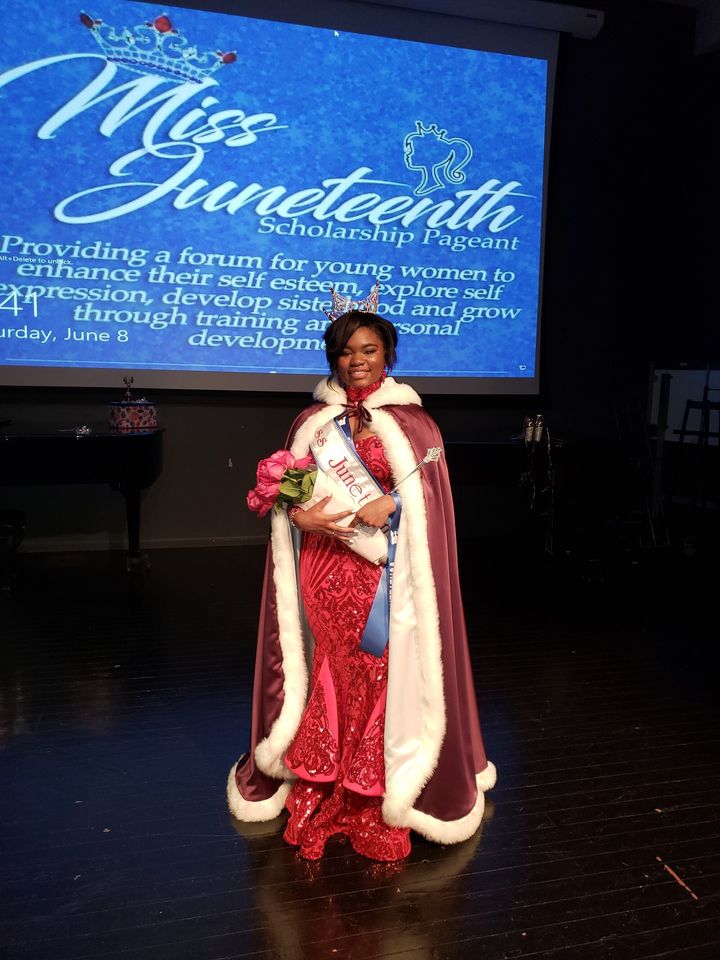 “It allows us to celebrate all the things that other cultures love about us, without actually loving us,” Sledge said. “In the beginning [of the competition], these young ladies are not 100% sure of themselves and are very timid. But it’s so inspiring by the time the show comes around, because in that moment they realize their own value.”

That metamorphosis is captured in the movie’s central storyline between Kai (Alexis Chikaeze) and her single mother, Turquoise (Nicole Beharie). Kai doesn’t want to be in the competition and face teasing for her family’s poverty and her natural hair from some of the wealthier, snootier participants with their press-and-curl dos. It is her mother who is desperate for Kai to follow in her pageant footsteps — even neglecting to pay the electric bill in order to afford the pageant fees — so that her daughter can stand proud in her own beauty and power.

Confidence is something that Black pageants particularly nurture because organizers recognize that in real life, girls like Kai are ridiculed for their hair, even within their own community. Sledge said that, unlike in the film, Miss Juneteenth participants only engage in “healthy competition” and consider themselves each other’s “freedom sister.” But the organization doesn’t ignore the fact that Black girls are among the main targets of bullying at school because of their weight, their hair, their skin tone or even the way they talk.

Black pageants seek to uplift all Black women and girls. “Not just our weave-wearing us, but our natural us, our 4Cs and all of that,” Sledge added. 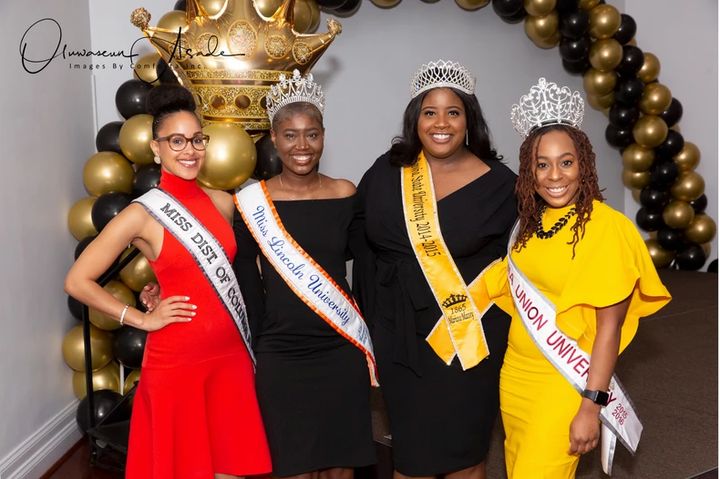 Three years after founding the Miss Gorgeous Prince George’s pageant for Black teen girls in Maryland, Kiara Jackson, a former pageant queen, has made it her special mission to empower dark-skinned Black girls, whose beauty is still virtually unseen on magazine covers and other media.

“I had noticed that the dark-skinned girls weren’t as confident as girls with lighter skin tones,” Jackson said, noting, however, that the modern Black Girl Magic movement has helped boost their self-esteem. “Now, their confidence has increased. With Miss Gorgeous Prince George’s, I want these girls to define what beauty is to them.”

That’s what Kai does as she spritzes water in her hair to revive her flat-ironed natural curls, swaps her beautiful yellow gown for a T-shirt and jeans, and ditches the conventional presentation of Maya Angelou’s “Phenomenal Woman” for her own spin in a climactic scene in “Miss Juneteenth.” The moving moment shows that decadeslong traditions in beauty pageants, even in Black spaces, can and should be challenged by participants aiming to highlight the most authentic versions of themselves.

Though pageants that today include all races haven’t caught up to Kai’s bold statement, Black pageants’ very existence was built on breaking a cruel conformity that overlooked Black women and girls. Karen Arrington, CEO and founder of Miss Black USA, the oldest and largest scholarship pageant for African American women, recalls what the world looked like when she launched the organization over 50 years ago. 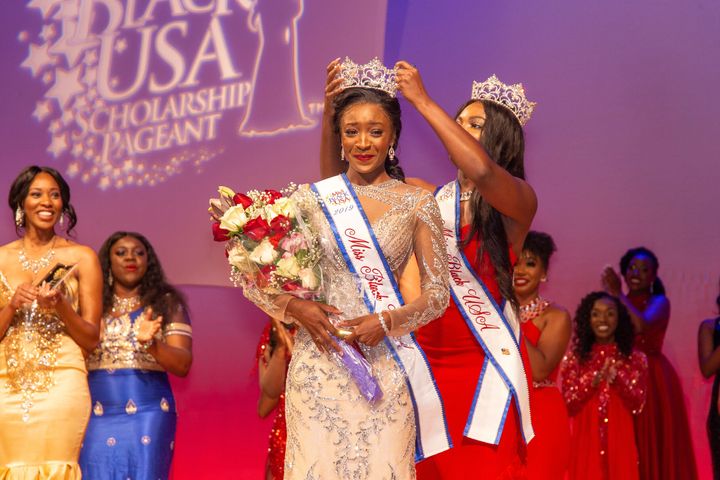 “When I first started Miss Black USA, very few young Black women were getting undergraduate degrees,” she said. “One of the reasons I established it as a scholarship organization was so young Black women could pursue higher education.”

Today, Arrington is proud to say that 80% of the recent winners are in graduate or professional school.

“I wanted to give these women a platform so that they could be not only celebrated but elevated,” she continued. “I wanted to show society that we are worthy of wearing a crown on our head, and that remains today.”

That’s a truth that Kai realizes by the end of “Miss Juneteenth” and one that’s long been embedded in the Black pageant system. These pageants have confronted systemic racism by paving a path for Black women and girls to be seen and heard for who they really are — ultimately without needing validation from others. They’ve sparked lifelong friendships among Black girls and women, boosted their confidence, nurtured professional growth, and enriched them with the history of where they came from.

“It’s about more than being a pretty face,” Sledge said. “It is being the entire package, standing up for those young women who don’t have voices and taking responsibility.”