THE most valuable 50p coins have just been revealed, and if you spot one then you could make a tidy profit.

The most sought-after 50p continues to be the Kew Gardens design, which is worth up to £405 on eBay. 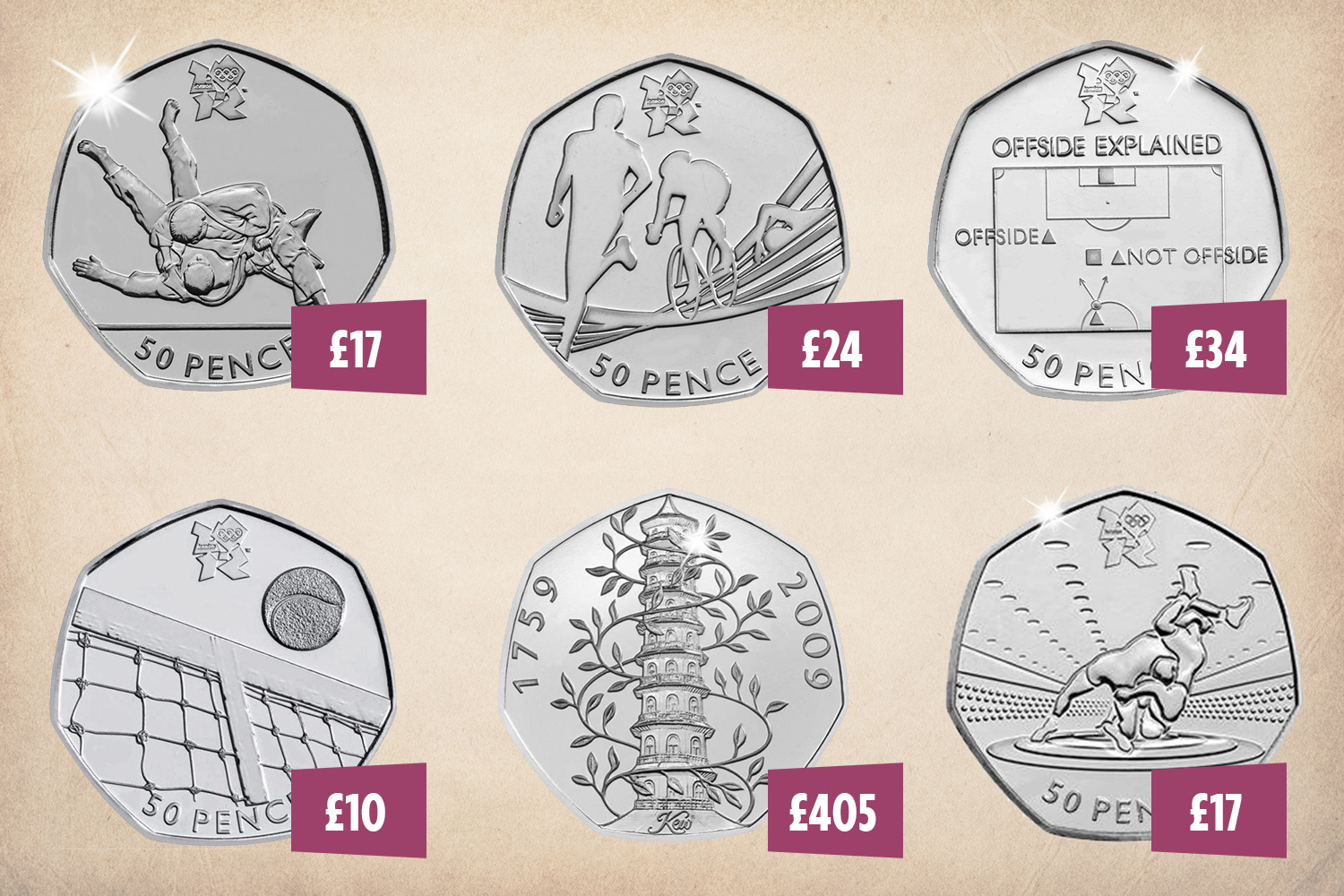 It launched in 2009 to celebrate 250 years since London's Kew Gardens opened its gates, and features the famous Chinese pagoda from the botanical gardens.

At first, uncirculated versions of the coins were sold directly by the Royal Mint in special packaging.

It was one of those that sold for the hefty price tag on eBay last month after racking up 95 bids.

A small batch of 210,000 coins were then also released into circulation and these ones are worth a mint too, even if they're a little more damaged. 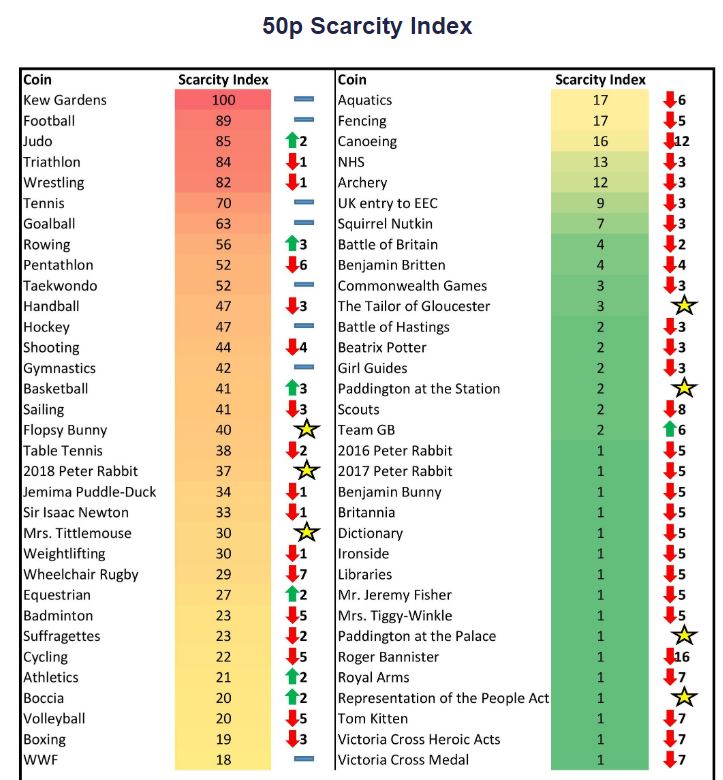 The coin comes out on top of ChangeChecker.org's newly updated scarcity index, that tracks which 50p coins are the most scarce and collectable.

And although you're not guaranteed to get the eBay prices, it gives you an indication of what coins are popular.

This, in turn, will tell you which ones collectors are willing to pay more for.

Following the Kew Gardens coin, the next 15 scarcest coins are all from the 2012 Olympics.

At the time, the Royal Mint marked the occasion by releasing 29 different designs for 50p coins, each one representing a different Olympic sport.

The most valuable one is the football coin, which was probably the most talked about Olympic coin because its design was actually a diagram explaining the off-side rule.

Rarest 50p coins and how much they're selling for on eBay

IF you find one of these coins, then you could end up making a mint.

The Olympic coins are often sold in multi-packs on eBay, but an individual football coin recently sold for £34 on the auction site.

It may not seem like much, but it's a whopping 68 times its value.

The judo coin, which shows one person throwing their opponent to the floor, has moved up two spots on the list.

Around 1.12million of them were released into circulation, but it was an uncirculated coin that received the highest bids on eBay recently by going for £17.

This compares to the £24.01 and £17 eBay price tags for the triathlon and wrestling coins, which came in fourth and fifth on the index.

We've made a round-up of the top 50p coins and how much they're selling for on eBay in the box above.

If you think you've found a rare coin and you're keen to sell it, then check out our tips below.

What to do if you've found a rare coin

FIRSTLY, you need to make sure the coin is legitimate and not counterfeit.

Around one in every four old £1 coins were thought to be fake, according to the Royal Mint, so there are probably more fakers in your spare change then you realise.

The Royal Mint is unable to value a coin but it can confirm whether it is real or not. They will usually supply you with a letter to confirm this.

Once you’ve found out whether the coin is real or not, you have a number of options – either selling it through a coin dealer, at auction or on eBay.

Five pantomime 50p coins featuring Cinderella and Snow White released into circulation could be worth up to £148 each.

While a rare Falkland Islands 50p coins featuring a penguin recently sold for £114 on eBay thanks to a subtle blunder.

Four hundred 2019 Peter Rabbit 50p coins entered into circulation in September making them possibly the rarest coins in the UK.