The Tulsa Police Department posted about one of their “most wanted” suspects, looking for information – then the suspect commented on the Facebook post herself, ultimately leading to her arrest.

On Wednesday, the police department posted about Lorraine Graves, who is charged with being an accessory to murder. The department was looking for information on Graves, who was suspected to be involved in the murder of Eric Graves. 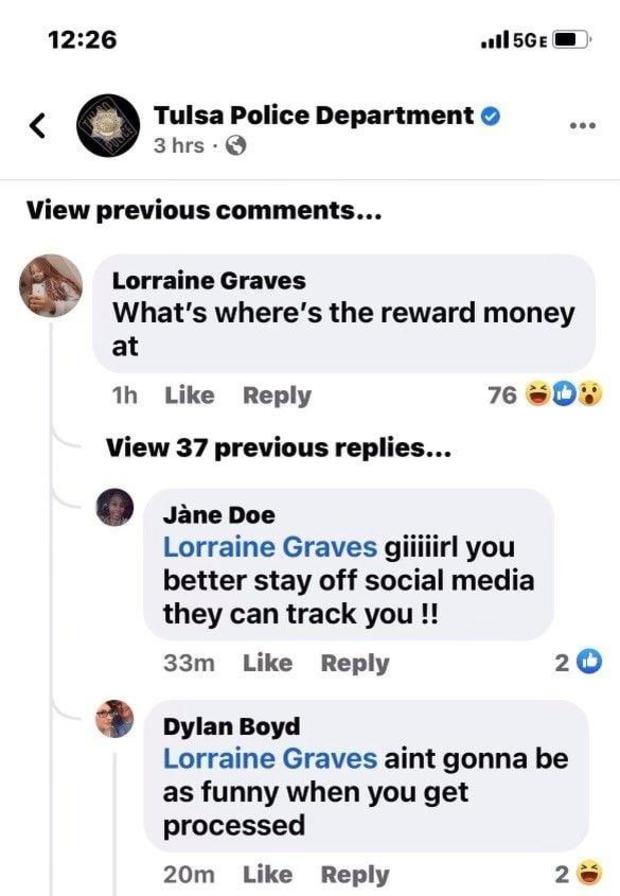 Eric Graves was shot and killed at an apartment complex and two men had already been charged with his murder and arrested, the department said in their post.

However, the department was still looking for Lorraine Graves – and she ended up showing herself to them when she commented on the post. “Where’s the reward money at?” Graves wrote.

The police department took a screenshot of Graves’ comment, which received 37 replies and was ultimately deleted.

On Friday, detectives with the fugitive warrants unit arrested Graves in north Tulsa. Her bond is set at $500,000. 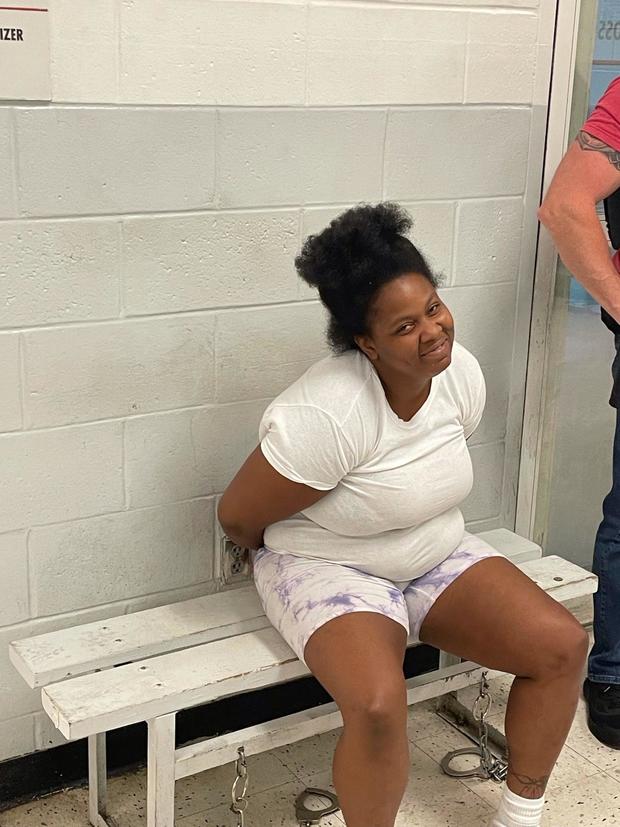 In a second post, the department shared photos of Graves after during her arrest, smiling, as well as the screenshot of the comment that got her there. “This is an arrest, not a conviction,” the department said in the post.

CBS News has reached out to the Tulsa Police Department for for more information and is awaiting response.