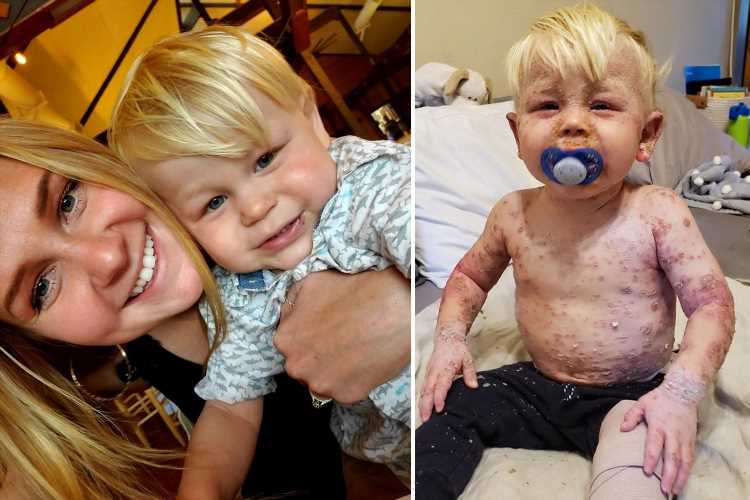 A LITTLE boy suffered such severe eczema that people thought he had leprosy, his mum has revealed.

Boaz LaQua’s skin would be left weeping in sores after his skin became reliant on steroid eczema cream. 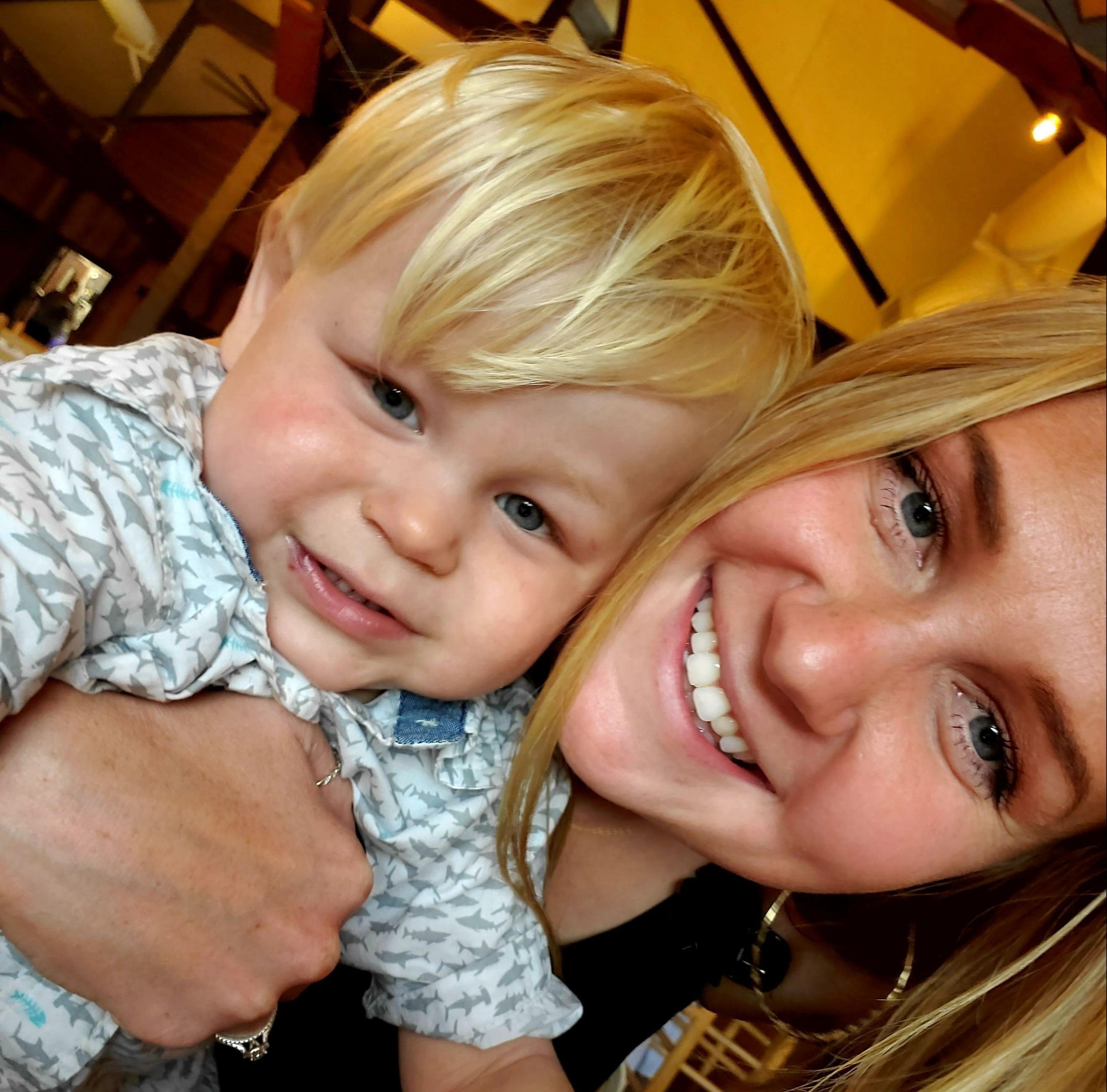 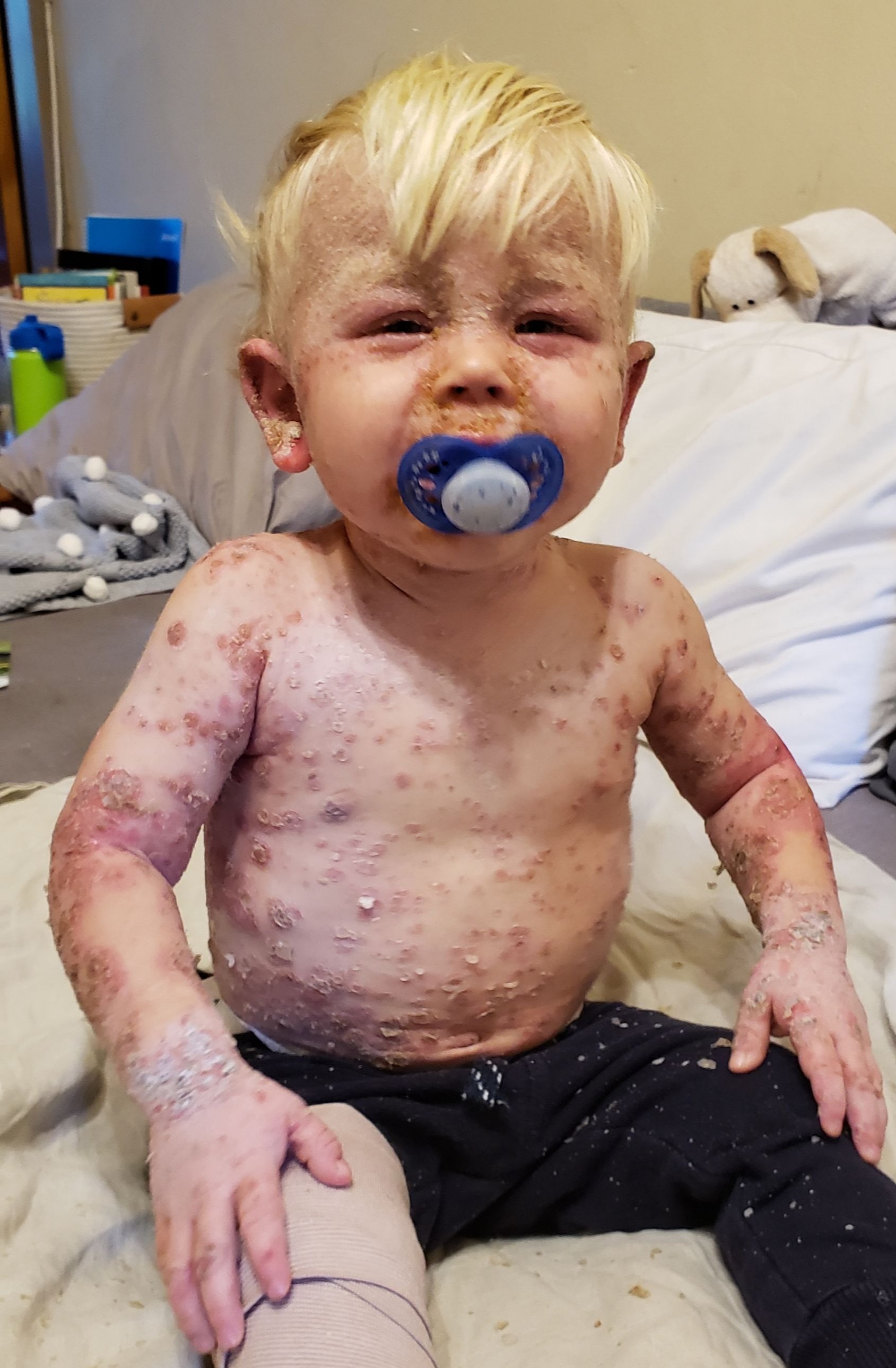 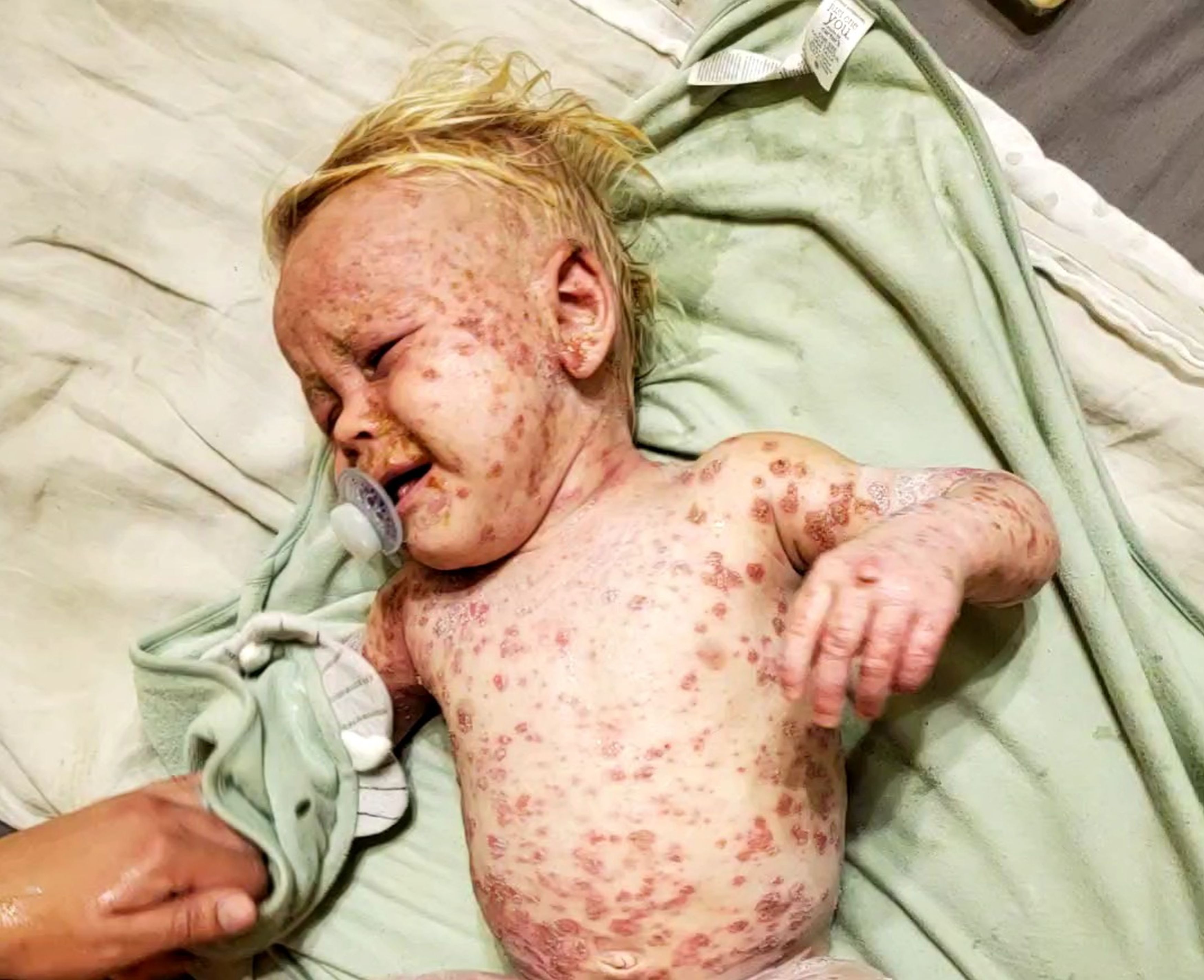 The two-year-old was left bedbound for weeks at a time and forced to sleep with socks taped to his hands so he wouldn't scratch his skin.

His mum Savannah LaQua, 25, began applying the cream to treat mild eczema when Boaz was just four months old in the hope that it would soothe him.

Just six-months ago, Savannah decided to start to wean her son off the cream and was horrified when she noticed weeping sores and scabs erupt all over his body due to Topical Steroid Withdrawal (TSW).

TSW refers to a constellation of symptoms that may emerge in the days and weeks after a person stops using topical steroid medication.

Savannah from Forest Lake, Minnesota, US is now avoiding using any lotions as well as only bathing Boaz once per week and is sharing her story to raise awareness of the painful condition.

She explained: "About two months after we completely stopped using the cream, he started to get red rashes and bumps and they were just getting worse every day.

"It got to the point where he would be bedridden for a week at a time because he was covered in sores across his entire body.

"He was struggling to walk because his body was hurting so bad. It was horrible to see, the worst thing I've ever been through.

"People said he looked like he had leprosy because he was covered in them and his skin was scaly and rough.”

Leprosy is an infection caused by slow-growing bacteria called Mycobacterium leprae – it can affect the nerves, skin, eyes, and lining of the nose.

Stay-at-home mum Savannah said it was stressful for her as she didn’t know much about TSW, so didn't know what was going to happen.

She added: "We had to tape socks to his hands because he was constantly scratching. It was like chronic itchiness and there were open sores."

'NOT A NORMAL TWO-YEAR-OLD'

Little Boaz was in that much pain that he couldn’t go out in the heat and had to stay in bed for weeks at a time.

He had to be constantly monitored to make sure he wasn’t scratching his skin.

Savannah said: "I couldn't take my eyes off him for two minutes because he would be scratching himself and making himself bleed. He wasn't living the life of a normal two-year-old."

Savannah had diligently applied the creams twice a day for more than a year after Boaz suffered with mild eczema behind his knees from the age of three months.

She decided to stop using the creams when a friend warned her about the harmful side effects of using them for so long, she decided to wean Boaz off them completely.

Savannah said: "I don't even think he really needed it because it wasn't that bad and it definitely wasn't worth this.

"No one tells you but you aren't supposed to use these kinds of creams for more than ten days."

What is eczema and what can trigger the condition?

Eczema affects around one in ten adults and one in five children in the UK.

It is a common, inflammatory skin condition.

Paula Oliver, dermatology nurse who works with EpiMax said people who have eczema need to keep the skin as moisturised as possible.

She said: "Having a good skincare routine is key to managing symptoms. Wet wraps can help – especially for those who find it difficult to not scratch at their skin."

Paula explained that knowing what triggers the condition is important and named a few:

Six months after ditching the cream, Boaz is starting to slowly recover but Savannah is sharing her son's story in a bid to raise awareness.

Savannah said: "The only reason I want to tell my story is to help someone else, otherwise I wouldn't want to show my child in that state.

"The skin experts don't warn you about topical steroid withdrawal because it isn't really recognised.

"Parents should trust their own instincts, know their own child and do their own research. I'm ashamed because I didn't look into it myself.”

She added that many people say it can take years to recover from the condition.

She added: “Because he's only two, his skin regenerates quicker so hopefully it won't take as long.

"He's so much happier in himself now but there's a long way to go." 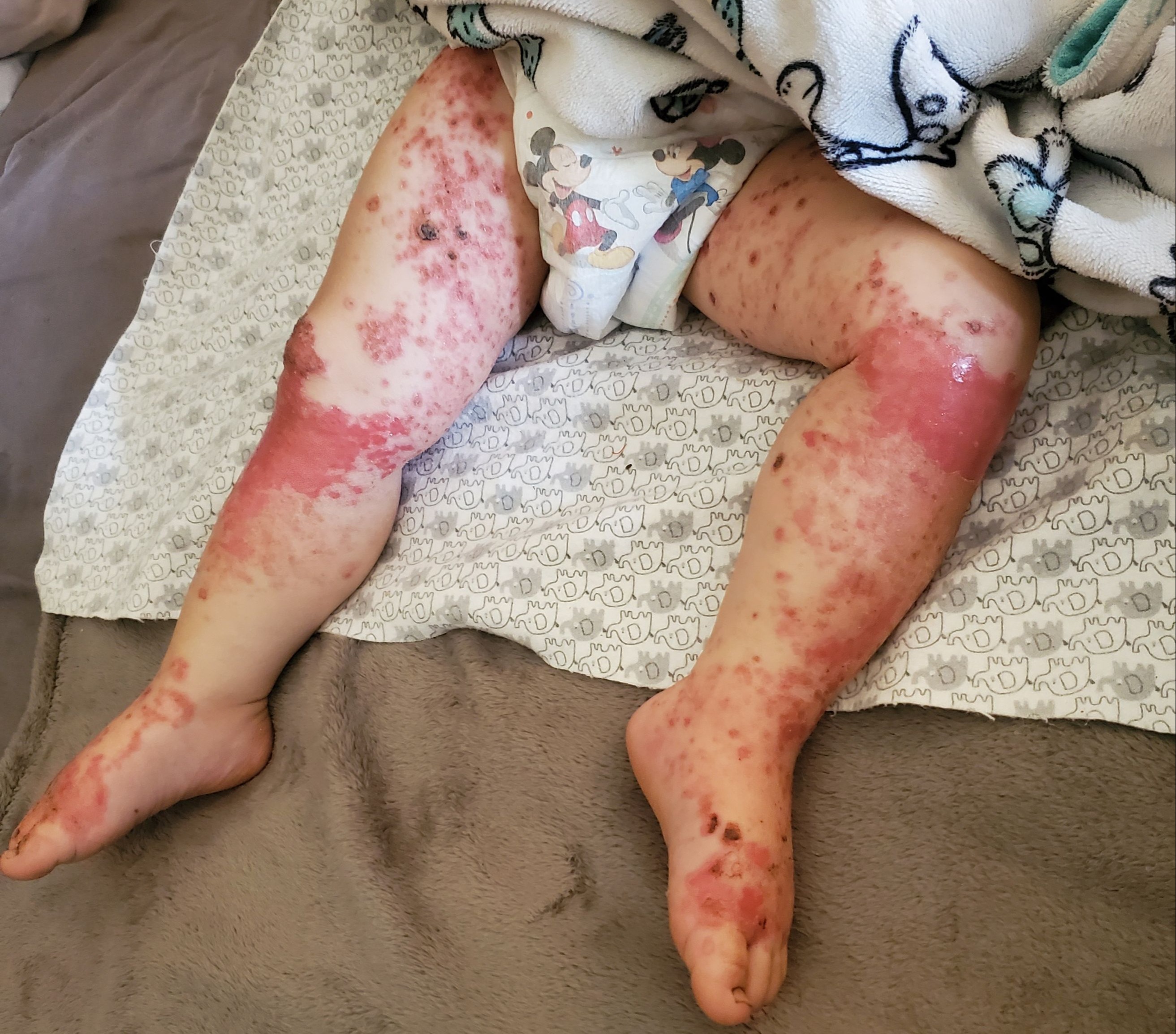 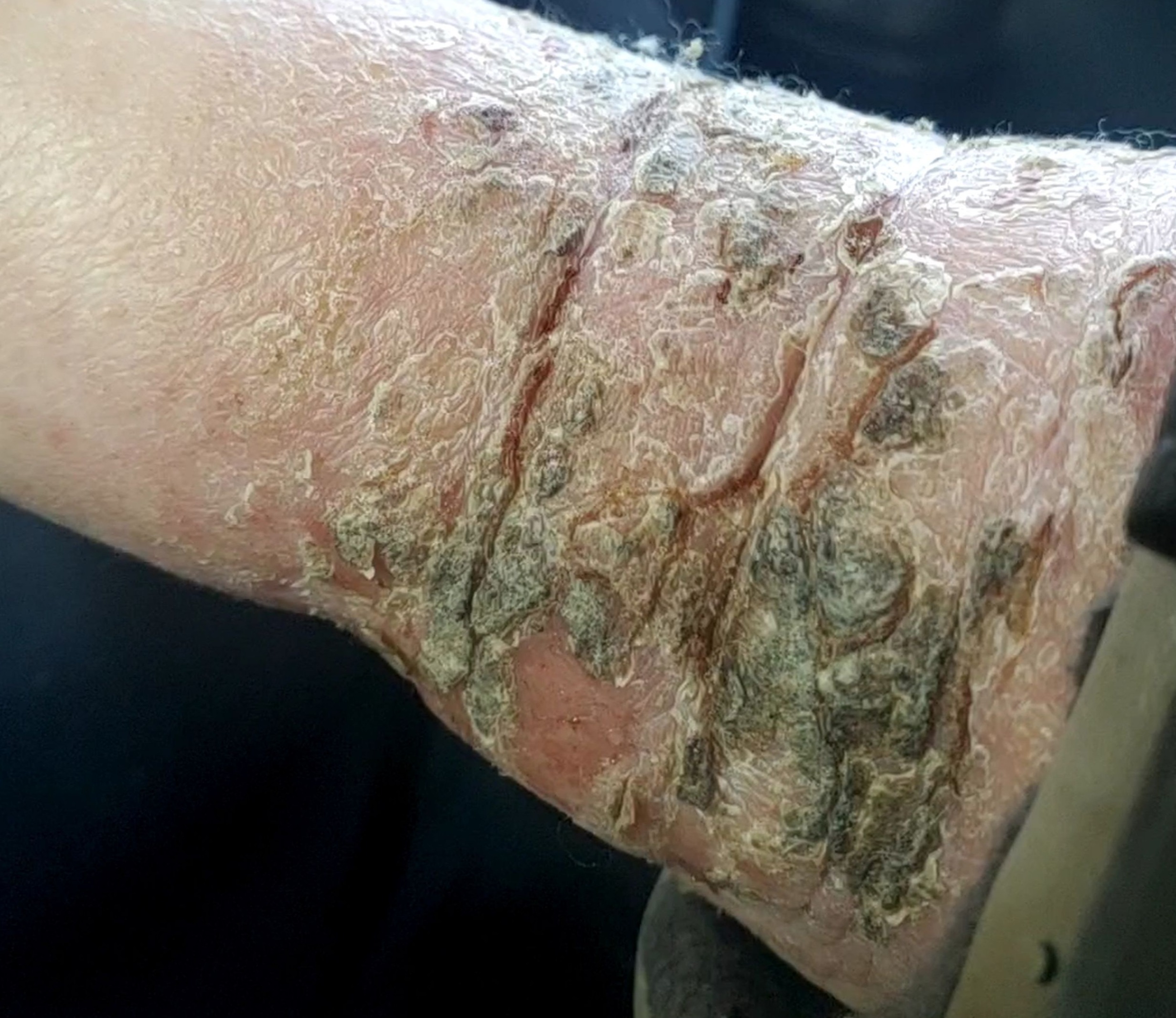 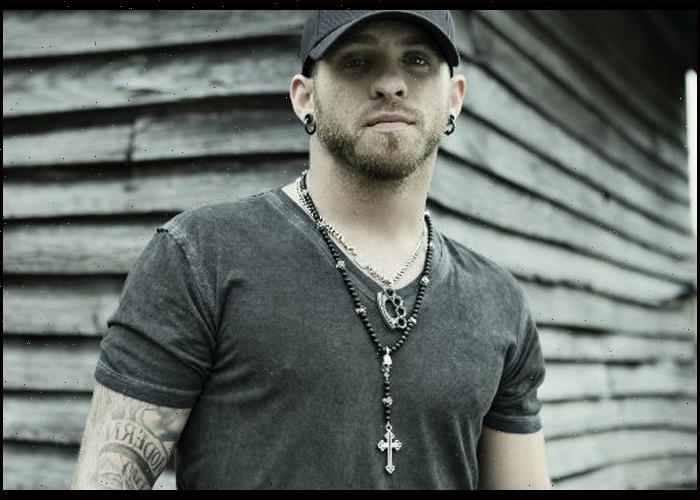 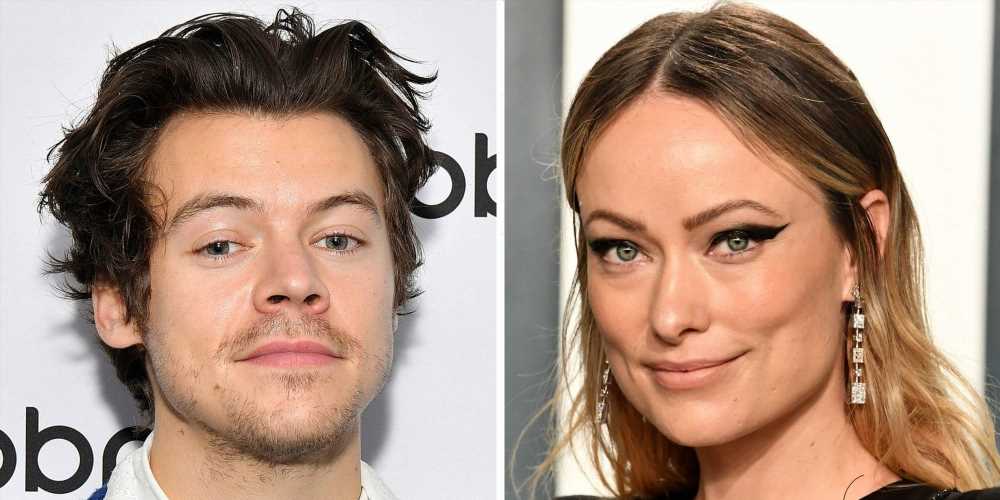