Antonio Brown: A Timeline of Drama

Antonio Brown, a four-time NFL All-Pro wide receiver whose career has spanned contracts with the Pittsburgh Steelers, Oakland Raiders and New England Patriots, is no stranger to controversy. On Sept. 10, 2019, Brown was accused in a civil suit sexually assaulting and raping his former trainer on three separate occasions in 2017 and 2018.

Embattled NFL free agent Antonio Brown is suing his ex-girlfriend and the mother of three of his children claiming she is refusing to leave his Florida home despite being served with an eviction notice weeks ago, TMZ Sports reported.

Brown, a free agent wide receiver most recently linked to the New England Patriots, is suing Chelsie Kyriss amid a widely self-publicized breakup. Brown has often taken to social media to share updates about his on-again-off-again relationship with Kyriss, who most recently posted an Instagram photo of the pair in February.

A rep for Brown did not immediately respond to FOX Business’ request for comment. An attorney for Kyriss could not be reached by the time of publication.

The outlet previously reported that cops recently showed up to the Fort Lauderdale home to serve Kyriss with an eviction notice ordering her to vacate the property by Dec. 16.

It’s reportedly not the first time Brown has tried to have Kyriss vacated from his home. USA Today reported that in April 2018, he requested a court order to have her removed from his Broward County home.

Also this month, Brown announced a boycott of white women in 2020.

Two women this year have accused Brown of sexual misconduct dating back to 2017 and 2018. In the beginning of September, former trainer Britney Taylor alleged in a federal lawsuit Brown sexually assaulted her three times.

Later that month, the New England Patriots were the third team in seven months to release him after a second woman accused him of sexual misconduct.

He has denied both allegations.

A four-time All-Pro who caught 837 passes over nine seasons with the Steelers, Brown wore out his welcome in Pittsburgh after he went missing for two days before the 2018 season finale. The Steelers traded him to Oakland, which signed him to a contract that would have paid him up to $50 million over the next three seasons. 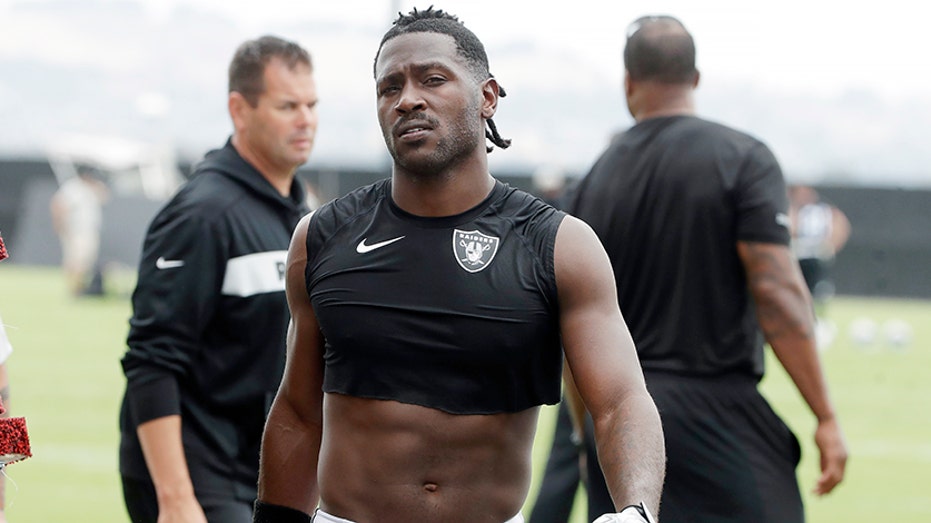 But he never played a game for the Raiders, quarreling with the coach and general manager until they, too, released him. The Patriots signed him only a few hours later, giving him a one-year deal that would have guaranteed him $9 million and paid him up to $15 million this season.

Brown has since lost multiple sponsorship deals, including with major sports brand Nike.