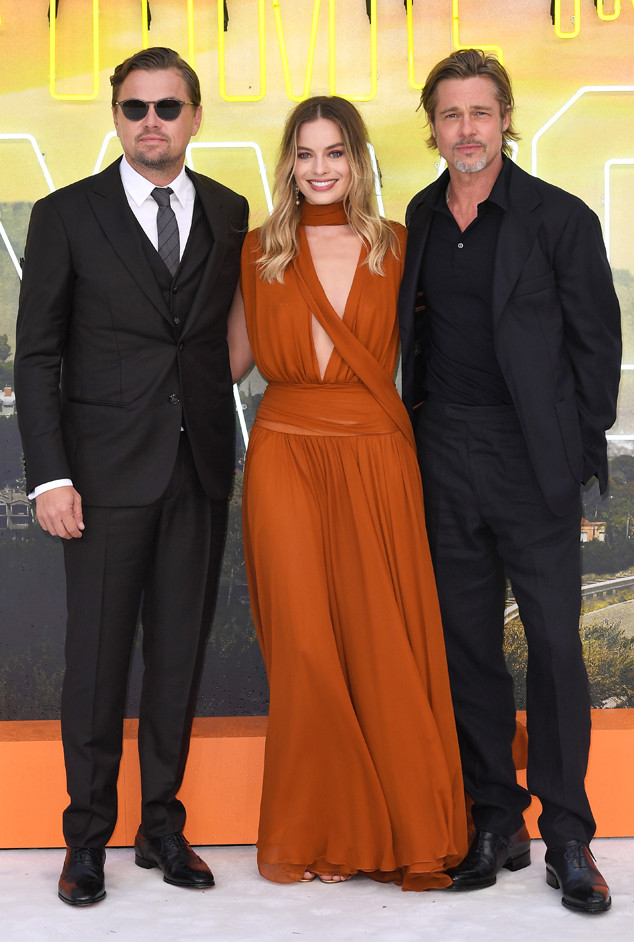 Once upon a time, the stars aligned in London for quite the glamorous premiere.

We’re talking about Tuesday at the Odeon Luxe Leicester Square in London, where the cast of Quentin Tarantino‘s Once Upon a Time in Hollywood gathered in honor of their highly anticipated film.

There, the film’s familiar faces, including leads Leonardo DiCaprio, Bratt Pitt and Margot Robbie, posed on the red carpet. Whether by sheer coincidence or quite perfect planning, Robbie’s ethereal gown by Oscar de la Renta perfectly coordinated with the event’s orange backdrop.

Meanwhile, Lena Dunham, who plays Manson Family member Gypsy in the film, stood out from the crowd in a vibrant gold one-shoulder look accented with pink and orange feather trim.

For more of the London premiere fashions, check out E!’s star-studded gallery below! 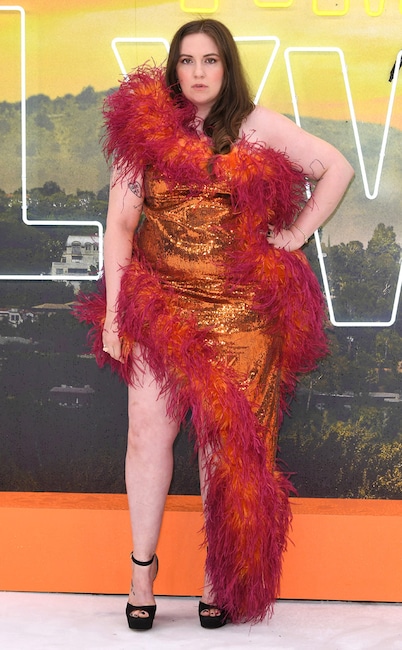 The Girls alum made a sartorial splash on the red carpet in vibrant feathers and gold. 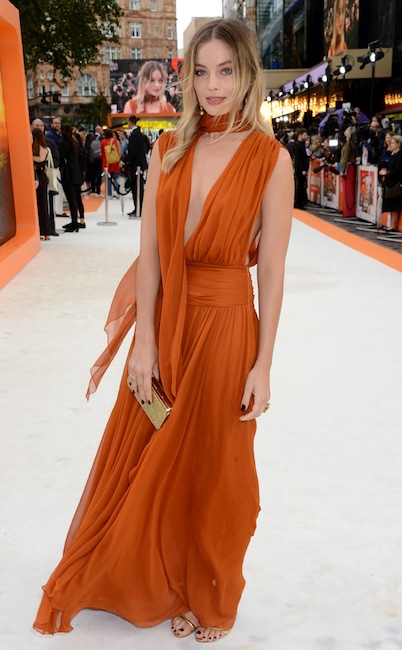 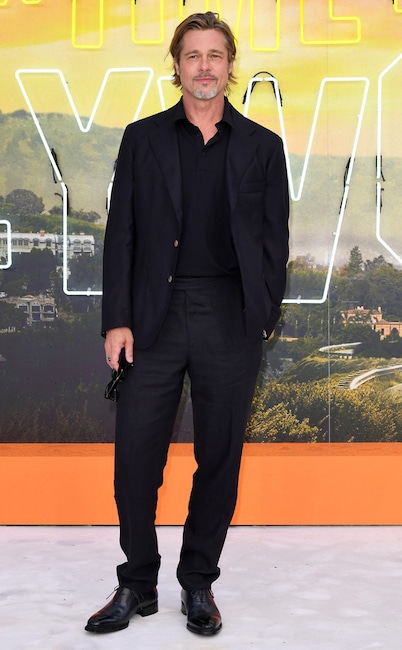 One of the movie’s leading men kept his look simple and streamlined in a navy ensemble. 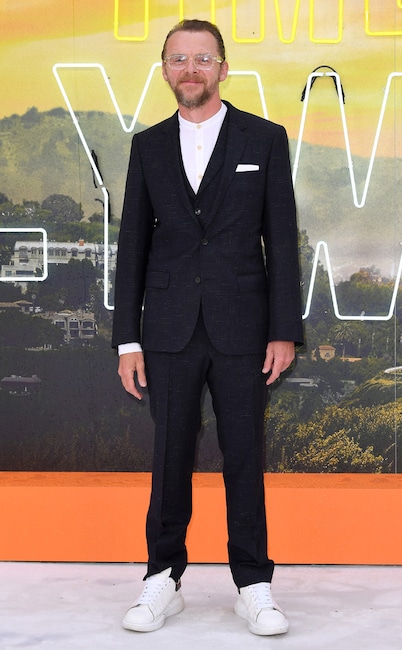 The British actor donned a black three-piece suit for the event, finished off with a pair of sneakers. 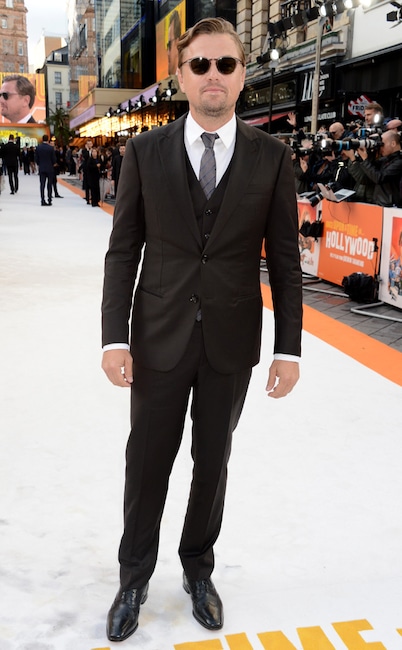 The star behind one of the film’s leads, Rick Dalton, opted for a three-piece suit, printed tie and shades. 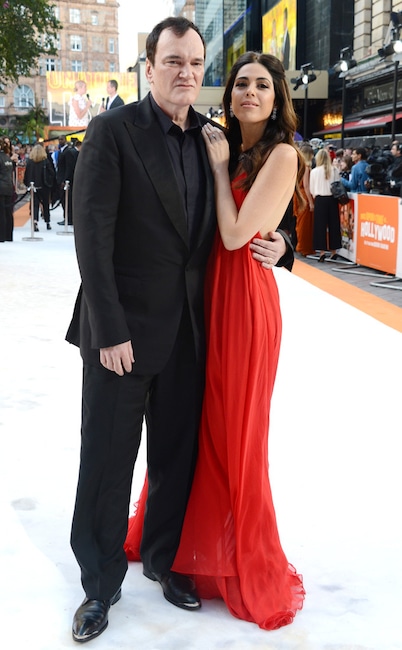 The movie’s director and writer posed alongside his wife while sporting all black at the premiere.