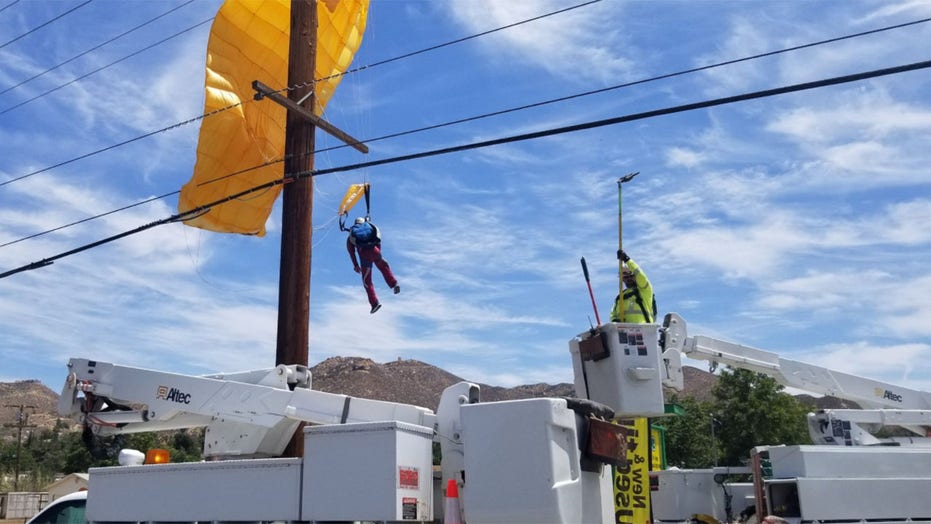 Always look before you leap.

An apparent skydiver ended up getting caught in a dangerous situation when their parachute became caught in the power lines of a California neighborhood. While the individual reportedly suffered minor injuries, rescue workers were able to safely remove them from the lines without further incident. 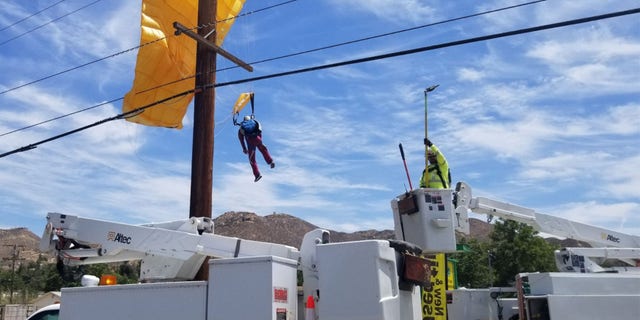 The parachute became tangled in the lines around 11 in the morning on Tuesday in Riverside County, KTLA 5 reports. While it‘s unclear where the individual’s flight originated from, the news outlet notes that there is a skydiving center near the area where the incident occurred.

The fire department posted about the incident on Twitter, where it wrote the individual had been left dangling 30 feet off the ground. Workers for the power company cut the power to the lines and helped bring the individual down using their bucket lift.

According to the Today Show, the parachuter was left dangling for over an hour while crews worked to rescue him.

On Twitter, the Riverside County Fire Department wrote, “The patient was evaluated by firefighters on scene and transported to an area hospital by ground ambulance minor injuries to their lower extremities. Southern California Edison was able to safely remove the chute from the power lines.”

According to local reports, the man could be seen limping after he was removed from the power lines. It has not been reported how exactly the man ended up over the power lines and if he intended to land in a different area or not.