That’s one way to get your point across! People reveal the VERY passive aggressive exchanges they’ve had – including a fed up wife who only made her side of the bed

These amusing exchanges reveal that sometimes unconventional methods are necessary for getting the point across.

Bored Panda has rounded up a selection of passive aggressive interactions from around the world that have gone viral on social media for a hilarious gallery that prove sometimes you have to get creative with your messaging.

Among the posts is a frustrated wife who managed to neatly make her side of the bed, while leaving her husband’s side completely untouched.

Another image shows a homeowner renamed their WI-FI network to take a dig at their neighbours’ noisy children.

Here, FEMAIL picks out some of the funniest exchanges… 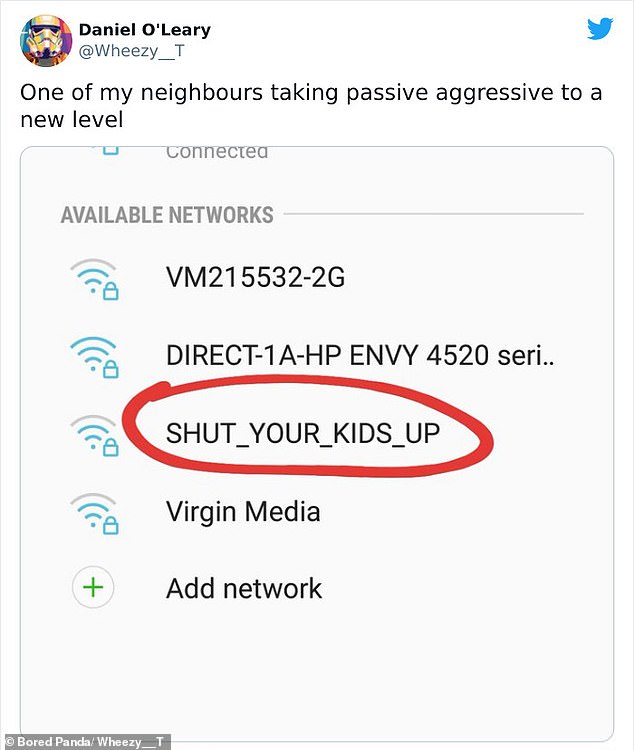 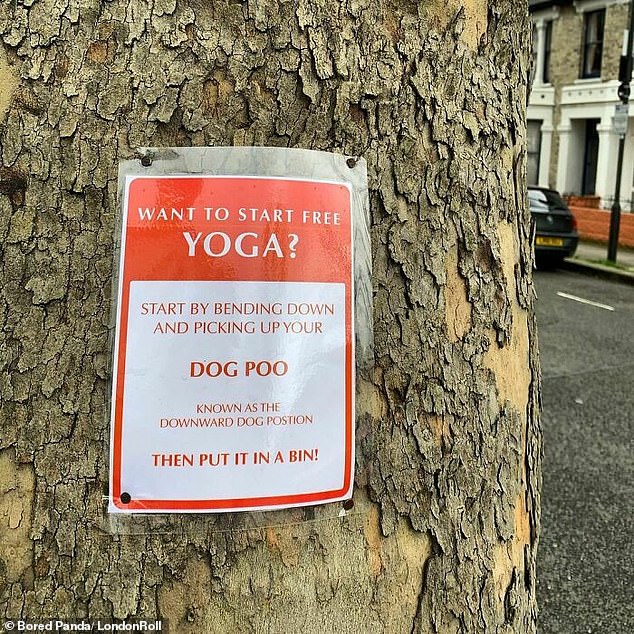 Now that’s a stretch! One person posted a sign telling dog walkers they should think of picking up their pet’s poo as an opportunity to practice yoga 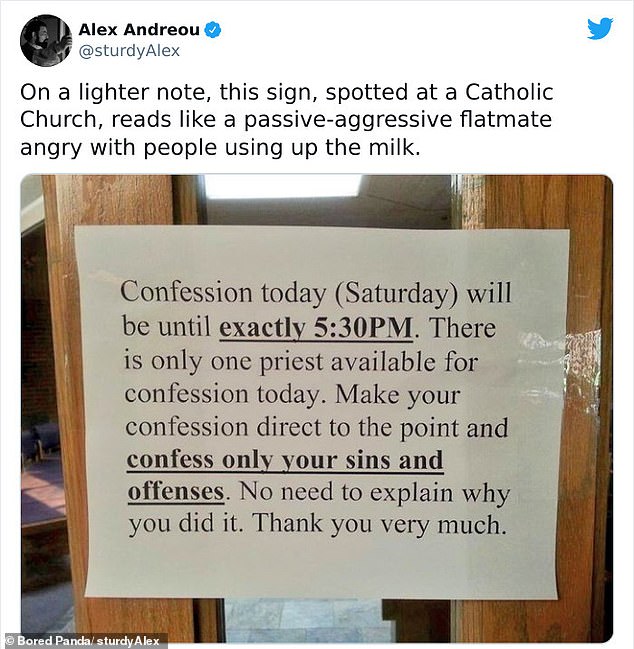 God doesn’t want to hear it! Even in the sanctity of the confessional, nobody wants too much rambling 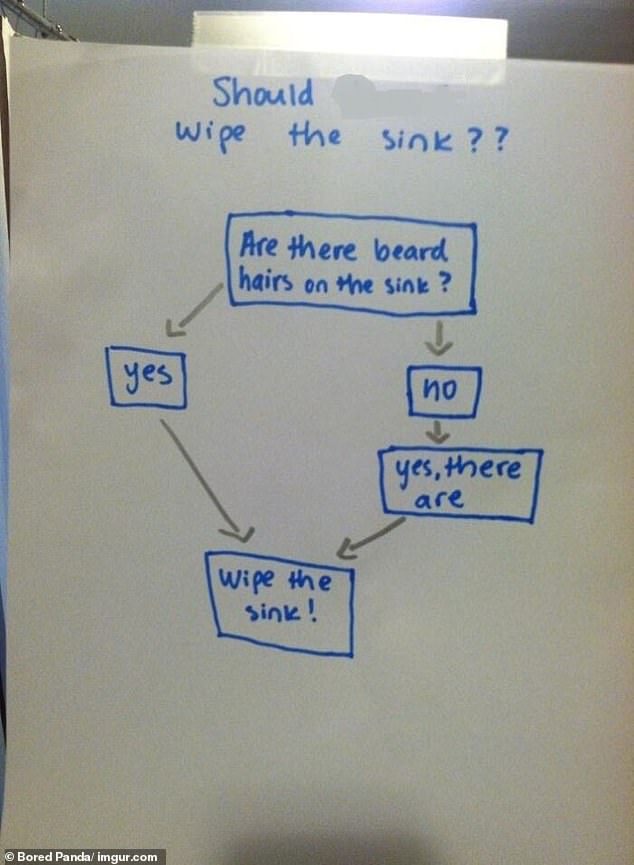 Keep it clean! A housemate who was annoyed by the hairs constantly in the communal sink made a chart to vent their frustration 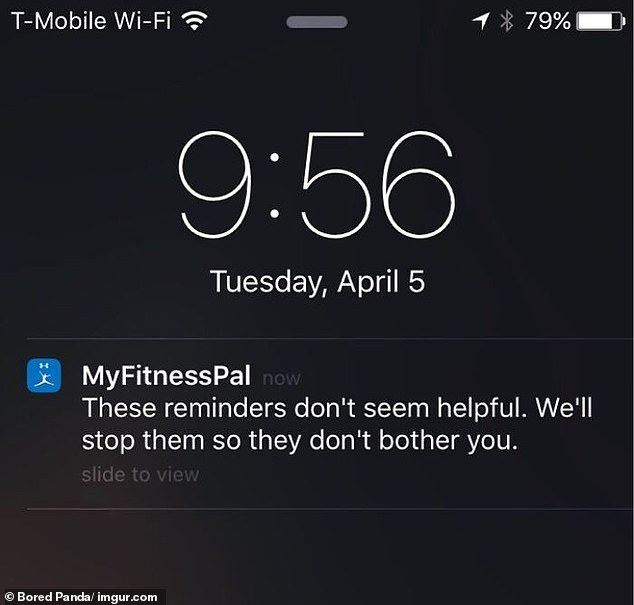 Unfit for purpose: MyFitnessPal sent a user a notification that the will stop bothering them with reminders to exercise 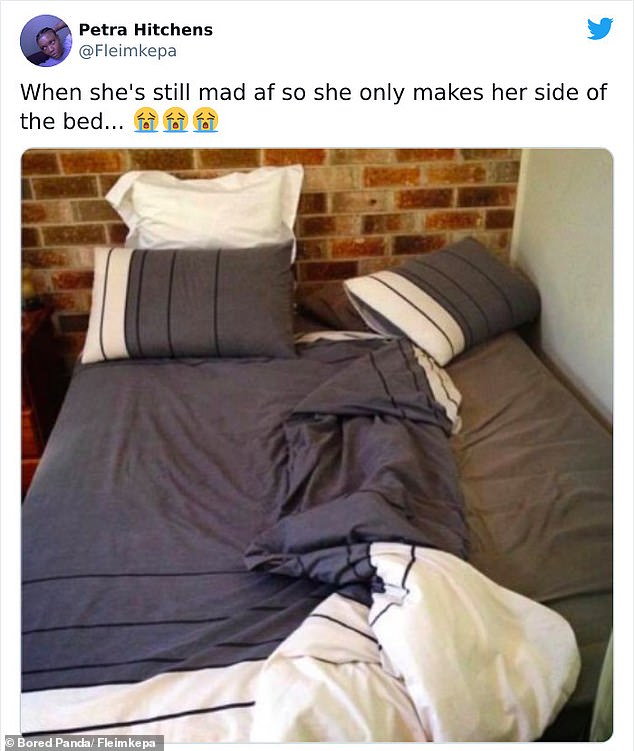 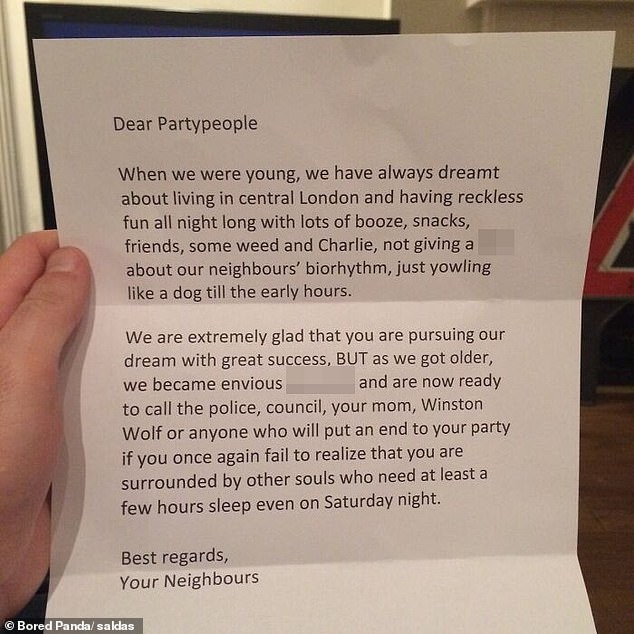 Party pooper! A London dweller received a letter from neighbours who admitted that they’re jealous of their social life, along with a warning to keep the noise down 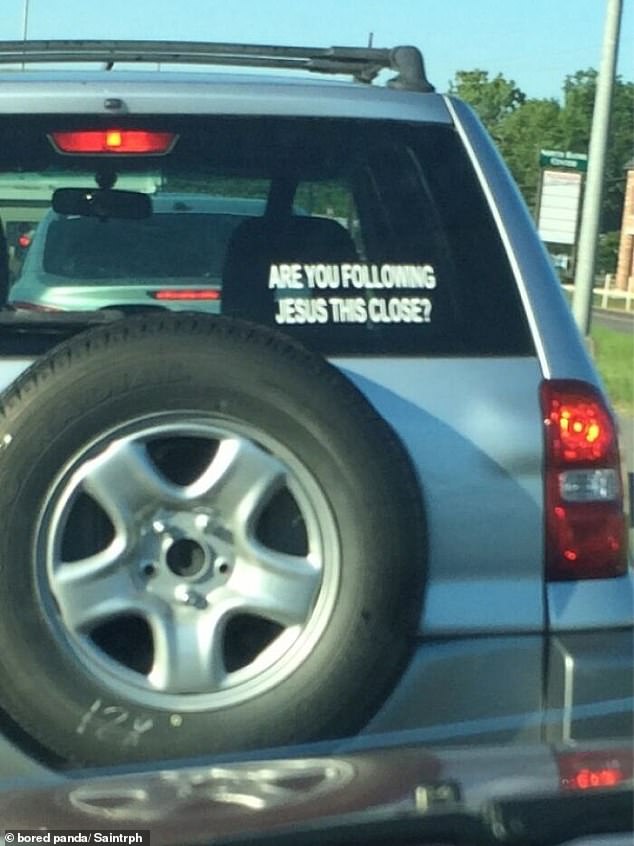 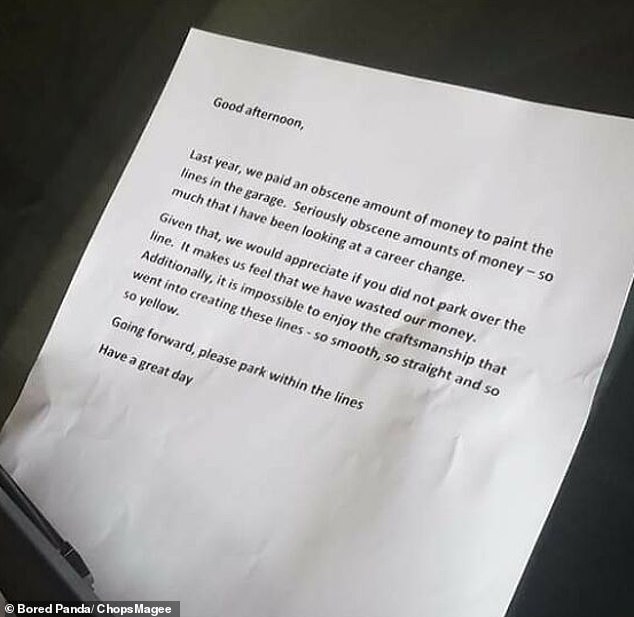 Steer clear! A parking facility employee who is fed up of poorly positioned cars wrote a sarcastic note to complain about a vehicle not within the lines 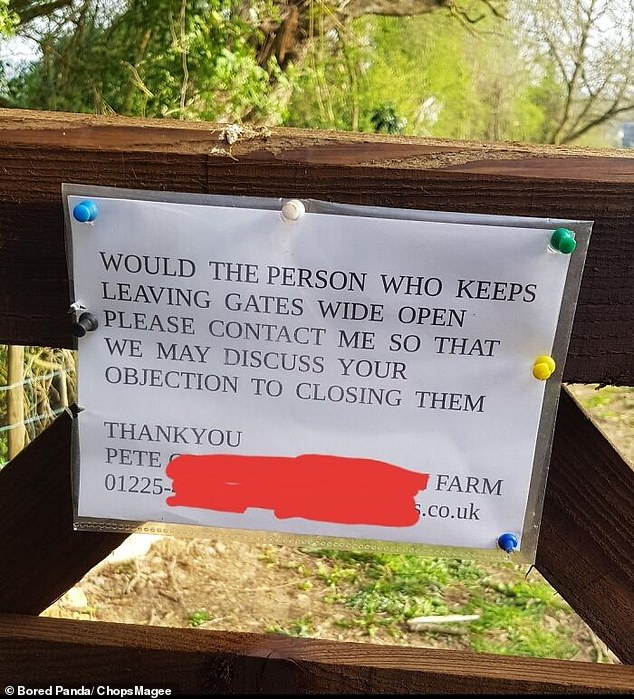