All eyes were on Priyanka Chopra at Sunday’s 2021 BAFTAs.

The 38-year-old actress sported not one, but two sizzling looks for the show held at the Royal Albert Hall in London.

Ahead of the festivities, Chopra posed on Instagram in a form-fitting black skirt and silk jacket from Ronald van der Kemp Haute Couture featuring colorful hand-painted, beaded butterflies and a plunging neckline.

The look was both sexy and sustainable, as it was made entirely of reused pieces from the designer’s previous collections.

Chopra’s husband, Nick Jonas, clearly approved of the eco-friendly ensemble, as he commented a series of fire emojis on his wife’s social media post.

Then, the “Quantico” star joined her spouse on the red carpet in a second curve-framing ensemble by Pertegaz: a cropped open blazer and white wrap trousers, along with an eye-catching turquoise Bulgari necklace.

Jonas, 28, kept it classic in a Giorgio Armani tuxedo. 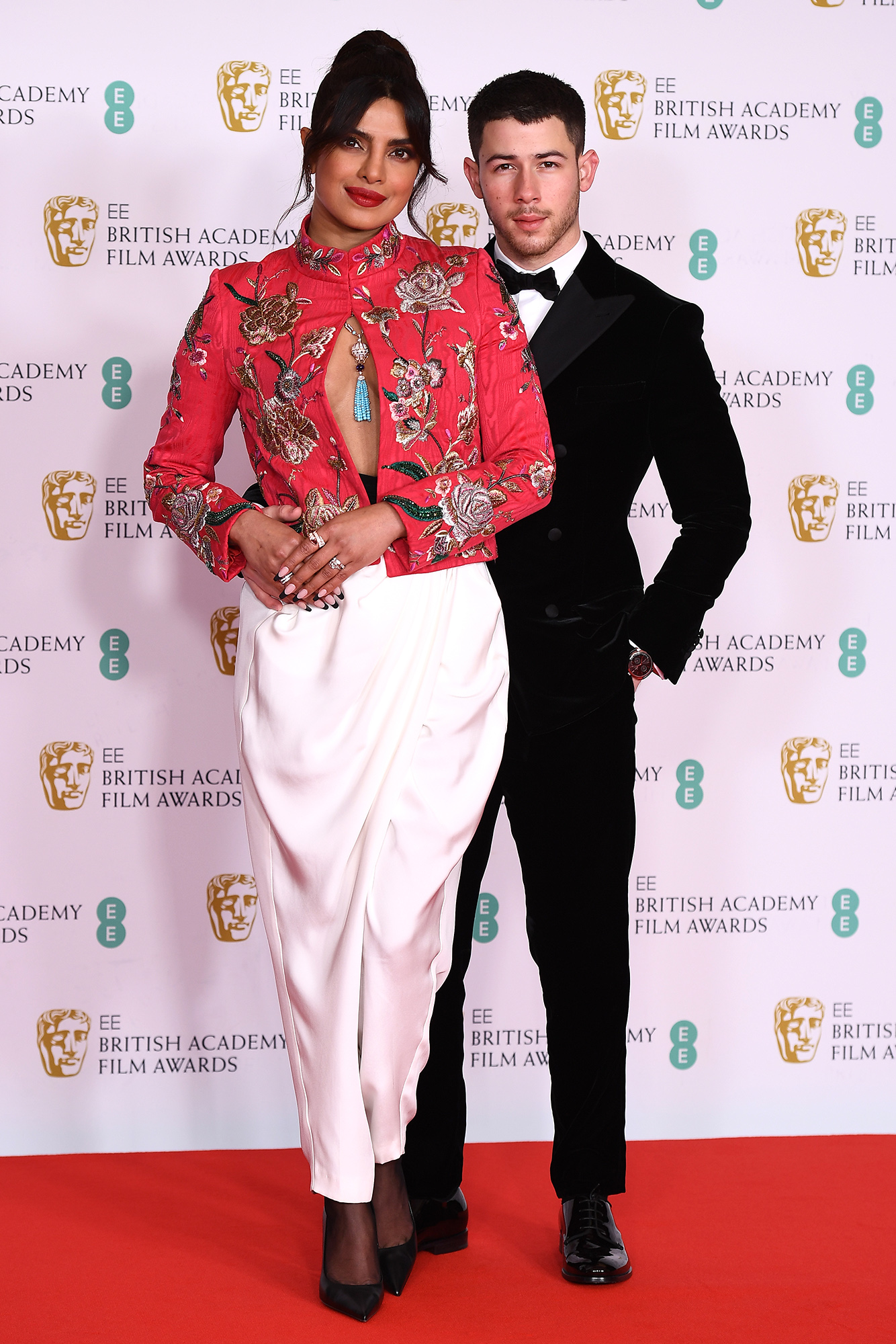 The British awards show was mainly virtual this year, with stars like Anna Kendrick attending from home while others including Phoebe Dynevor and Cynthia Erivo joined live in London.

Chopra has been spending time in the UK capital recently while filming the Amazon Prime spy series “Citadel.”

She and Jonas, who have been married since 2018, also celebrated Holi with Jonas’ parents in London last month. 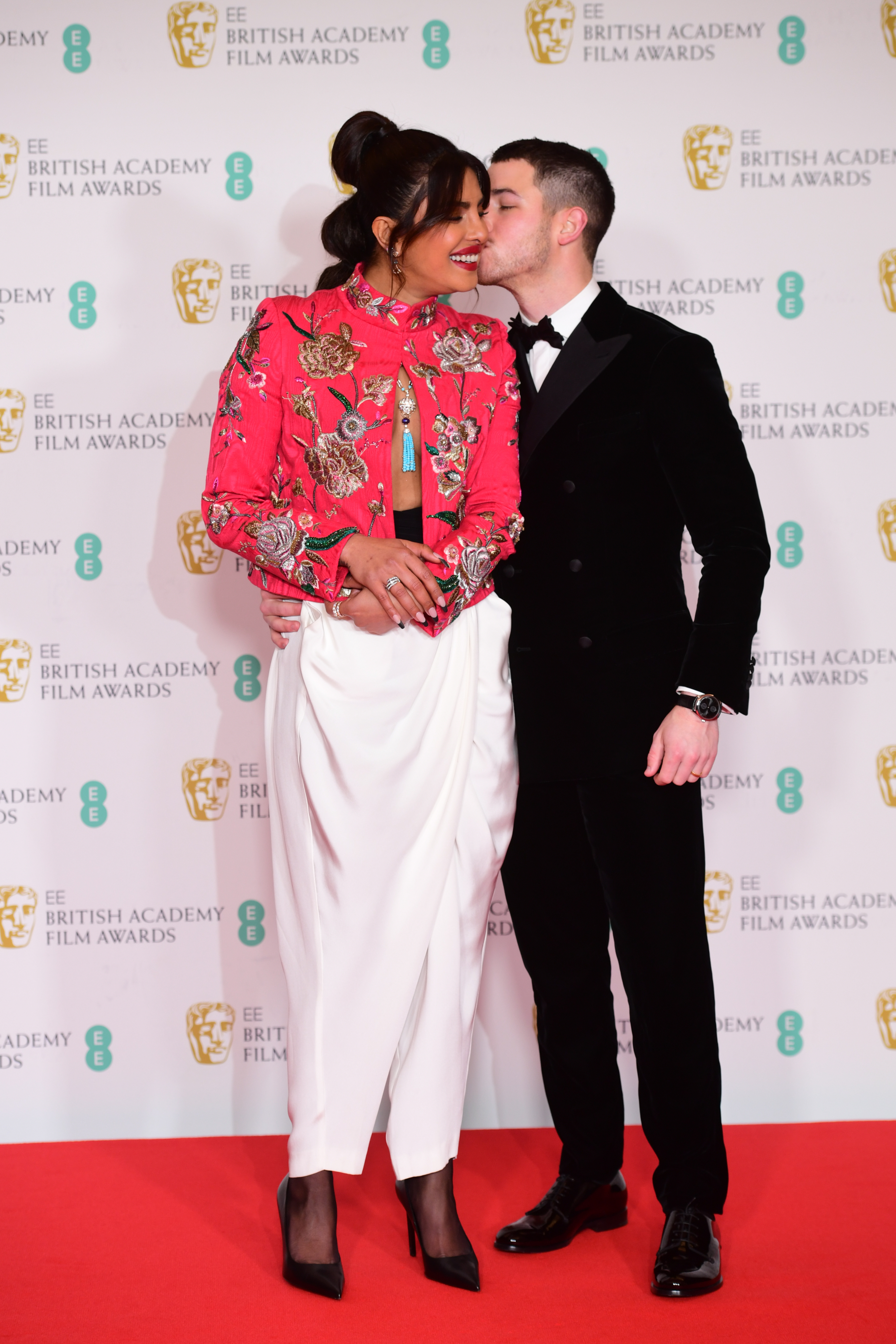