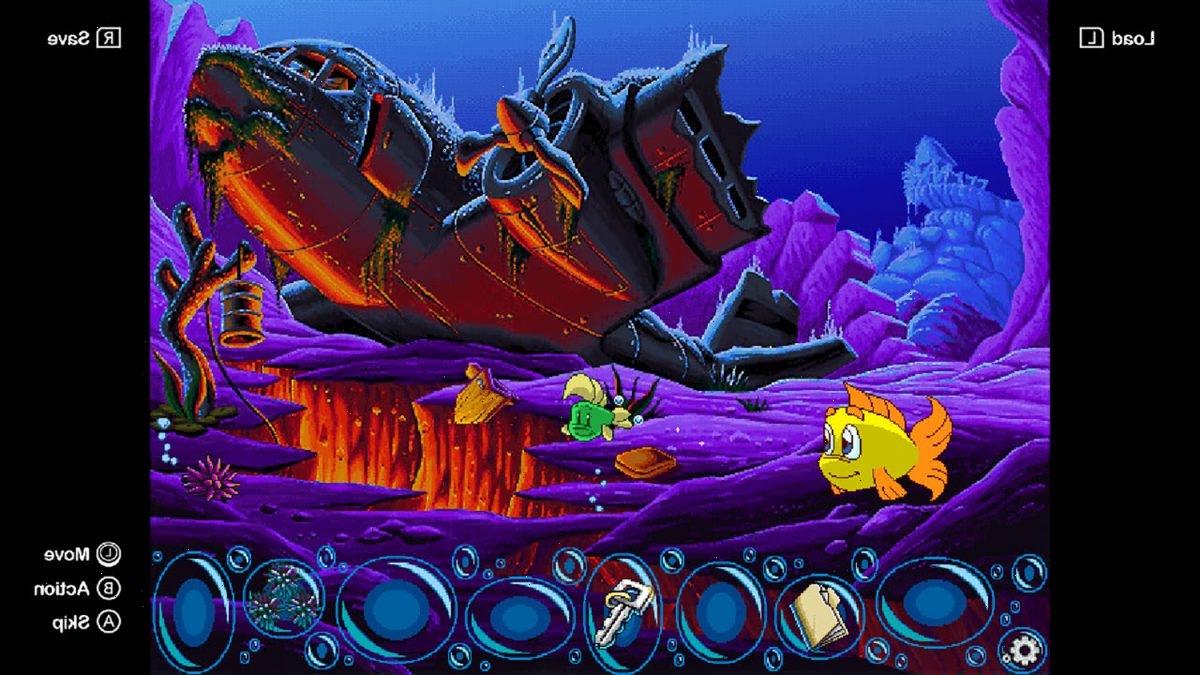 You’re never too old for a dose of nostalgia. Humongous Entertainment has announced that two of its most popular “Junior Adventure” games, Putt-Putt Travels Through Time and Freddi Fish 3: The Case of the Stolen Conch Shell, are heading to Nintendo Switch. The ‘90s point-and-click computer games come from Humongous Entertainment’s vast collection of edutainment franchises, which also included hit series like Pajama Sam and Spy Fox. Here’s when fans can start channeling those childhood memories.

Humongous Entertainment kicked off its video game business with Putt-Putt Joins the Parade in 1992, designed for kids aged 3 to 8. The game follows a purple anthropomorphic convertible named Putt-Putt on his quest to join a pet parade in his town — but first, he needs to clean himself up, find a pet, and get a balloon.

Following Putt-Putt Joins the Parade, Humongous went on to release six more Putt-Putt adventures between 1993 and 2003. The games all follow Putt-Putt and his newly-adopted dog, Pep, on trips to the circus, a zoo, the moon, and more.

In 1994, Humongous released the first Freddi Fish game, Freddi Fish and the Case of the Missing Kelp Seeds. This adventure takes place under the sea as a yellow fish named Freddi and her best friend, a green fish named Luther, investigate a case of stolen kelp seeds. Four other Freddi Fish mystery games were released between 1996 and 2001.

Humongous Entertainment took to Instagram on Dec. 27 to announce that two of the best-selling Putt-Putt and Freddi Fish games would hit Nintendo Switch on Jan. 3, 2022. First, there’s Putt-Putt Travels Through Time, in which Pep and Putt-Putt’s personal items get sucked into a malfunctioning time machine. Putt-Putt must travel through various time periods to find Pep and his things before the machine closes.

Meanwhile, Freddi Fish 3: The Case of the Stolen Conch Shell sees Freddi and Luther on vacation at the Founder’s Day Festival. However, when someone steals the conch shell used to start the festival, the partners must spring into action to find the culprit.

Ahead of release on Jan. 3, fans can pre-order the Putt-Putt and Freddi Fish titles on Nintendo Switch for a discounted price. The games cost $11.99 on sale and $14.99 at full price.

Putt-Putt Travels Through Time and Freddi Fish 3 might be the first of many Humongous Entertainment games to arrive on the latest Nintendo console. As seen above, the studio announced in 2019 that its classic titles would come to Switch that year. However, 2019 came and went without any updates on the project. In addition to Putt-Putt and Freddi Fish, it looked like the developer had plans to port Pajama Sam and Spy Fox games.