While actor Nicollette Sheridan from ABC’s Desperate Housewives could be a juicy addition to The Real Housewives of Beverly Hills, producer Andy Cohen said it’s not likely to happen. 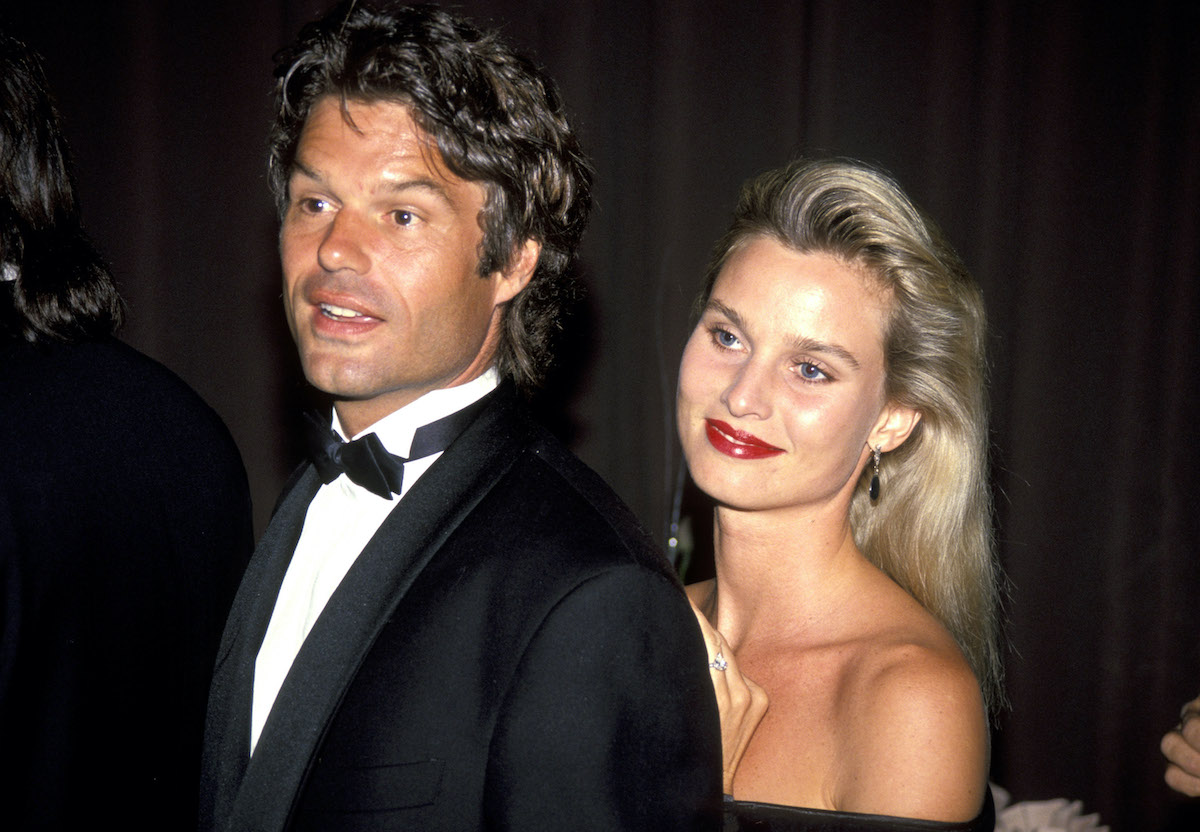 “I think Nicollette would be very problematic,” Cohen remarked on the Everything Iconic with Danny Pellegrino podcast.

“Sometimes if you toss around the idea of bringing in an actual enemy of one of your current cast members, you run the risk of the current cast member saying, ‘Okay well then I’m not coming back.’ We’ve had that situation with other Housewives,” he added. “I think that there were times that we would talk about bringing back X person. Then someone who was still on the show would say, ‘That’s fine you can choose between them and me because I’m not coming back.’”

“There are four people who are firmly sticking up in my mind,” Cohen hinted.

Nicollette Sheridan would cause a problem for Lisa Rinna

During an episode of RHOBH, Rinna dished about how husband Harry Hamlin and Sheridan were married, but Sheridan cheated on him with singer Michael Bolton. This led to the trio getting into a smackdown on Twitter. Sheridan fired the first shots after the episode aired.

“FAKE NEWS! Harry and I ended our marriage nose to nose in Canada…,’ Sheridan tweeted. “Michael was a long time friend that was invited to our wedding…Happy Harry found happiness with housewife.” Rinna simply responded, “Thank you Michael Bolton.”

That’s when Hamlin got involved in Twitter. “Re Fake News!” he tweeted. “What’s it called when your wife of one year suddenly goes to bed with a pop singer? …two weeks after your mother dies?? I did a lotta stuff with my wife ‘nose to nose’ but ending our marriage was not one of them!”

Sheridan ultimately wrote, “Do you really want the truth shared? I appreciate that you want to support your housewife’s FAKE NEWS narrative, but the end of our marriage had nothing to do with anyone other than us. Sad you still can’t own your part. @HarryRHamlin @lisarinna.”

Rinna conjured up the Twitter spat during the RHOBH reunion last year, which led Cohen to mull over if perhaps Sheridan might make a nice addition to the cast.

“I said that Nicollette went off with Michael Bolton after this Hollywood Bowl concert,” Rinna shared during the reunion. “So Harry was in Muskoka [Canada], and Harry woke up in the middle of the night, and he felt really strange, and he was like, ‘I gotta go home,’ got back to the house, and there was a love note in the trashcan.”

“She’s gonna tweet about this like crazy! You know she is. Honey, it’s coming! Bring it on!” she continued. “And it was in the trashcan, and she had gone and slept with Michael Bolton that night! She was in his hotel!”

“You are making a compelling case for her to be on the show!” Cohen exclaimed.

Tags: 'RHOBH', Andy, Cohen:
Recent Posts
We and our partners use cookies on this site to improve our service, perform analytics, personalize advertising, measure advertising performance, and remember website preferences.Ok