Ross Kemp has met with a gang of under 21s who carry weapons on a daily basis, while trying to understand what’s behind Britain’s knife and gun crime epidemic.

In the latest installment of his ITV Living With documentary series, the former EastEnders actor meets with a gang at a flat in South London, and asks if they have any insight into the 50 per cent increase in children being charged with knife offences in the past three years.

‘It’s mainly social media,’ one says. ‘Certain people say things and it escalates the situation,’ says one of the gang, whose faces and identities have all been kept hidden.

With people in London being twice as likely to be stabbed than anywhere else in England and Wales, other members insist it’s essential to be prepared after seeing friends murdered.

‘Some people, they don’t have a choice. They have to carry a knife to protect themselves,’ another comments, showing Ross a long blade.

During the conversation, Ross also learns that all of the gang members are no longer in education, with one leaving school at the age of 12. 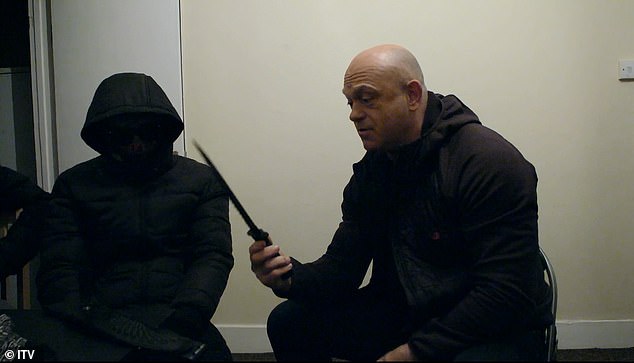 In the latest installment of his ITV Living With documentary series, former EastEnders actor Ross Kemp meets with a gang at a flat in South London, where a member shows him a long blade he carries for ‘protection’

As Ross asks whether expulsion from school has anything to do with their current behaviour, one gang member agrees that it has ‘messed up’ his life.

‘As soon as you get kicked out you get sent to a pupil referral unit,’ he says. ‘You’re not getting the same lessons, you’re surrounded by other bad kids, you’re labelled as a bad kid.

‘So you think you’re a bad kid because you’re not going to mainstream school.’

Last year, 285 people were fatally stabbed in England and Wales – the highest number since records began – and Ross also travels to Sheffield, South Yorkshire where knife crime is growing faster than London.

He meets Hanif who stabbed and killed someone when he was 24, and was sentenced to 10 years in prison.

The reformed criminal now runs workshops for youths in the community in a bid to stop them carrying a knife, giving lesson to show show how fast things can escalate. 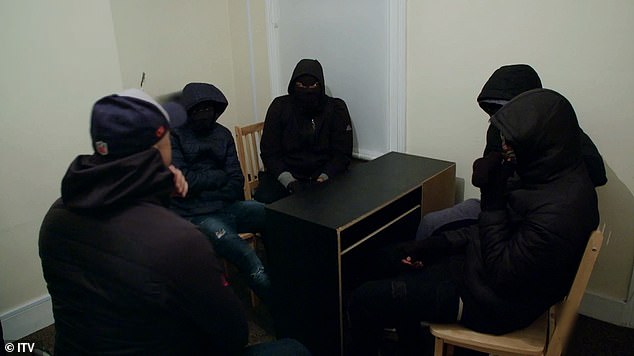 Members of the gang, whose identities are hidden, tell Ross that being expelled from school in their teens sent them down the wrong path

Speaking about the knife crime epidemic, Hanif tells Ross: ‘The reality is, young people who reside in areas of social deprivation simply don’t have access to certain services.

‘In Sheffield in the last 10 years there’s been a 50 per cent reduction for child services.

‘So that’s like me saying to you, I want you to bake me a cake but with 50 per cent of the ingredients missing and come out with the same results – it’s impossible.’

At the time the documentary was filmed, Sheffield City Council declined to respond. 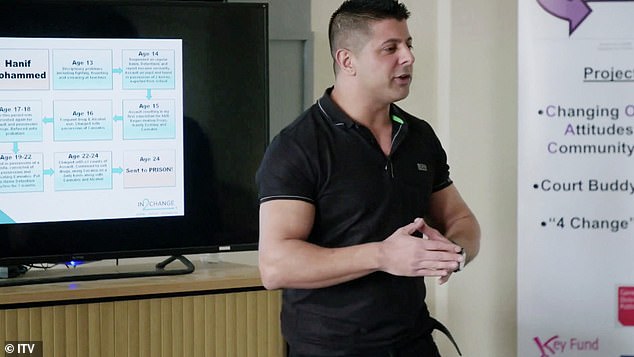 Despite citing the cuts as a reason for the increase in knife crime, Hanif also states that it’s down to the individual about the choices they make about their future.

‘I tell young men like this that if someone as stupid as me can do something half decent with their lives, you’ve got all the talent in the world, you can do anything you want,’ he says.

He has worked with 20,000 kids and in many cases, his workshops have made young people think twice.

After trying to work out the reason why people carry knives in the first place, Ross talks to knife amnesty campaigner Faron Paul, 33, as he travels around London collecting knives and handing them into the police.

Explaining his reasons for encouraging youths to let go of their weapons, Faron tells Ross: ‘I got stabbed nine times on one occasion and nine times on another occasion.

‘I thought about revenge, but I thought “I can’t get into trouble for seeking revenge because that wouldn’t be fair on my family”. 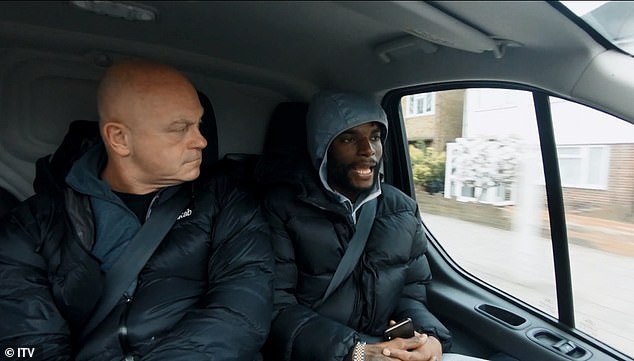 Since starting up the initiative, Faron receives up to 20 messages a day on social media from people wanting to surrender their weapons.

But when Ross accompanies Faron to a police station to hand in the weapons, they are initially met with hesitation to take the knifes. At the same time, Ross discovers that the knife amnesty bin has been taped up.

The Metropolitan Police told the documentary that it had removed some bins from stations, but has funded public amnesty bins and that there are plans for more.