She might be a royal, but that doesn’t stop Princess Charlotte from acting like a typical four-year-old. Precocious and hilarious, Princess Charlotte recently made waves when a video emerged of her playfully sticking out her tongue to a crowd when out at an event with her mother, Kate Middleton. 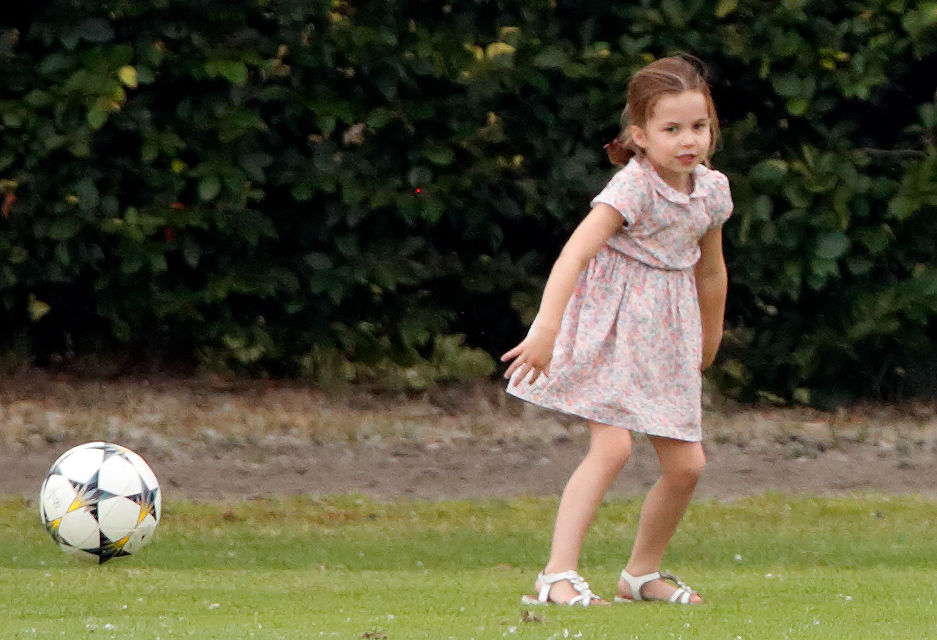 In the video, the duchess urges Princess Charlotte to wave to the crowd, but instead, the princess opts for sticking her tongue out at them. Middleton looks a little embarrassed by the playful behavior before laughing it off. A seemingly normal exchange soon became charged with controversy. While some royal fans loved the playful behavior and admired the princess’ spirit, others found the behavior rude and disrespectful.

Just last night, InStyle magazine posted a snipped of the video. “Just when you thought it couldn’t get any cuter than the Princess wave. Kate’s reaction is absolutely priceless,” the publication captioned the video. Soon, fans and critics alike began to share their opinion on whether or not this behavior was appropriate.

Some fans were absolutely delighted by Princess Charlotte’s behavior. “Charlotte is an entire mood,” one fan wrote. “I’ve watched this at least 50 times,” another chimed in. “I love Kate Middleton’s reaction too,” said one royal loyalist. “Love Princess Charlotte and Kate Middleton. This girl would make an awesome queen,” one user wrote. Others were quick to point out that despite her royal title, the princess was just like any other child. “All kiddos are the same. This is hysterical,” one fan wrote, also leaving copious amounts of heart emojis.

Other fans took the opportunity to point out the princess’ resemblance to her other family members. “She gets it from her uncle, Prince Harry,” one fan wrote, citing times when Prince Harry also performed similar, cheeky, behavior, especially when he was a young child. Others felt that Princess Charlotte reminded them of her late grandmother, Princess Diana. As Princess Diana could be quite playful with the public and less than enthusiastic about the paparazzi, people began to say that she and Princess Charlotte have similar personalities and even bear a strong resemblance.

Of course, there were plenty of critics who were somehow offended by Princess Charlotte. “What a little brat whatever,” one harsh critic wrote. “I don’t get it! What’s so funny??? Being insulted by a royal? ??? Seriously,” questioned another naysayer. “The little girl was rude… That’s all! …She needs to be better educated,” chimed in another. One royal critic even took the time to point out that this was a pattern rather than an isolated incident. “More than once I have seen this cute child’s tongue! That would not be okay for my kids!!,” they chimed in with judgment.

Honestly, we think critics are being ridiculous here. Yes, eventually Princess Charolette should learn that sticking her tongue out at people isn’t always the best move, but she’s four! If she can’t be precocious and playful at her age, then when can she? We can’t even begin to imagine the pressures of growing up in the limelight where your every move is documented, cataloged, and scrutinized. Not to mention the fact that often times, photographers intentionally make faces at children in order to elicit this very response. We have no idea what the princess was even reacting to.

Royal fans who are critical of Princess Charlotte’s behavior need to check-in with reality and give the kid a break. As for the people blaming Middleton for the princess’ actions, clearly, they haven’t spent enough time with kids lately. Royal or not, kids (especially between the ages of two and five) pretty much say and do the craziest things.

Related posts:
Tags: Are, fans, it, Losing, over, Royal
Recent Posts
Categories
We and our partners use cookies on this site to improve our service, perform analytics, personalize advertising, measure advertising performance, and remember website preferences.Ok