WINNIE The Pooh fans will be able to get their hands on a new Christopher Robin 50p coin – and it could be worth up to £500.

The commemorative coin is being launched by the Royal Mint to celebrate 100 years since the birth of the real Christopher Robin, son of author AA Milne. 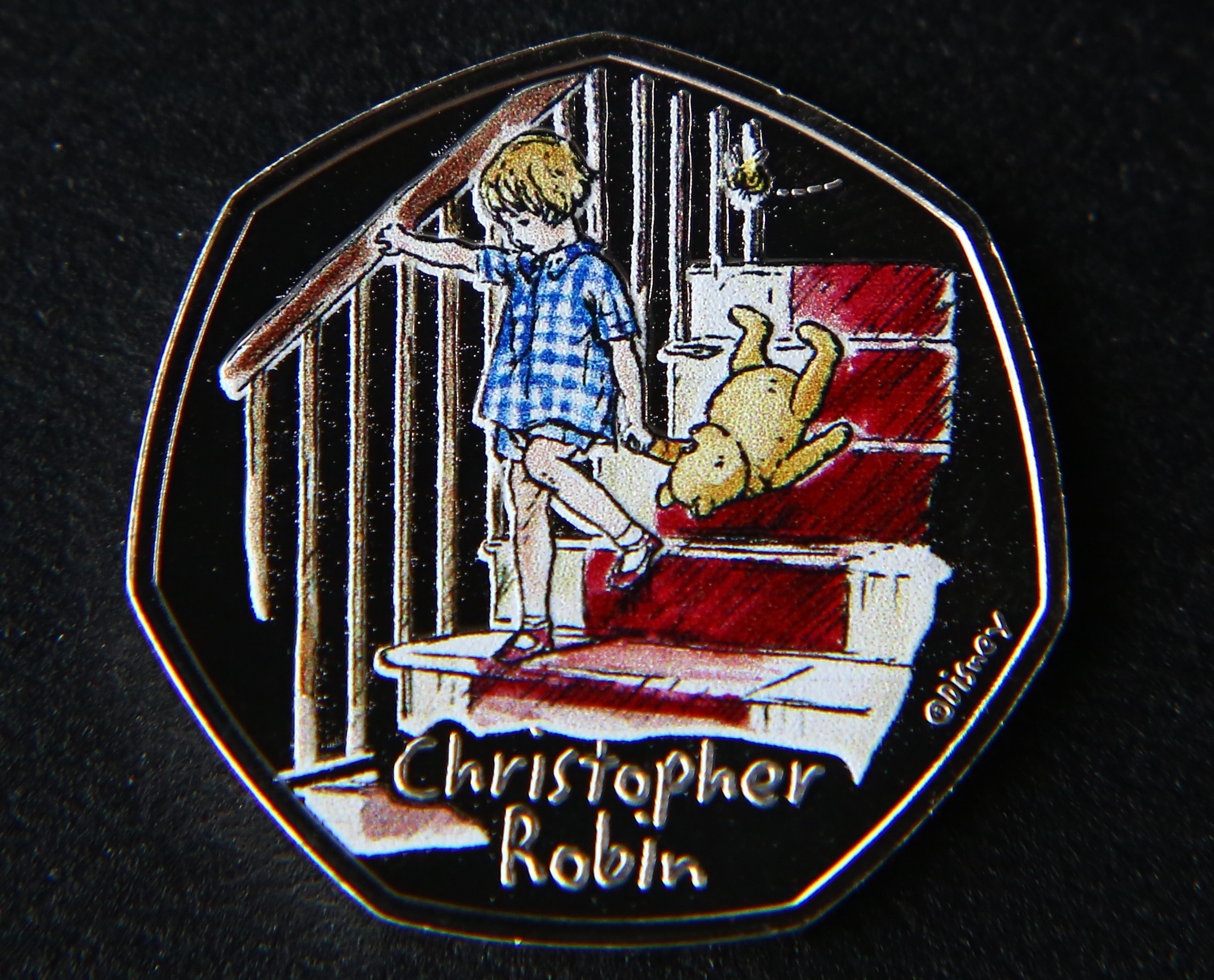 They go on sale directly from the Royal Mint today at 9am, with prices starting at £10.

On the coin, Christopher Robin can be seen walking down the stairs, holding the hand of his beloved bear.

It will be the second Winnie the Pooh coin to be released as part of a set of three.

The first coin was released in September and featured Winnie The Pooh tucking into a pot of honey, while the third one will feature Piglet and is due to be released later this year.

What are the different types of coin?

THESE are the different types of coins you can buy from the Royal Mint:

The designs are based on the original watercolour illustrations by E.H. Shepard from the childhood books.

Unfortunately, the coins won't turn up in your change as they won't be entering into circulation – you won't be able to spend it in the shops either.

Uncirculated coins can be really valuable to a collector too if you were thinking of reselling it – last year an uncirculated 50p coin featuring Sherlock Holmes sold for £500 on eBay.

The Christopher Robin coin could be worth just as much if it's kept in a good condition, although it's worth remembering that that's not guaranteed.

When speculating about the value of the first coin in the collection, Coin Hunter Colin Bellamy said it was likely to fetch just £4.50 if sold on eBay.

The Royal Mint is keeping quiet about how many of the coins it will be releasing, which can have an affect on its resale value – rarer coins are often more valuable.

For example, the rarest coin believed to be in circulation is the Kew Gardens 50p as only 210,000 of them were ever released, making them worth up to £230 on eBay.

To put it in perspective, the sought after Mrs Tiggy-Winkle 50p from the Beatrix Potter collection was released with a mintage of 8.8million.

It cost £10 for a brilliant uncirculated coin or £20 for a colour-version of the Christopher Robin 50p.

He said: "Taking an original illustration from a full page of a storybook and condensing it down to the perimeter of a 50p, yet not taking away the essence of the story is a difficult feat but working with the original illustrations has been an amazing opportunity to bring those stories to life in a brand new way. "

Clare MacLennan from the Royal Mint said she hopes the coins will inspire "even more people to take up coin collection as a hobby.