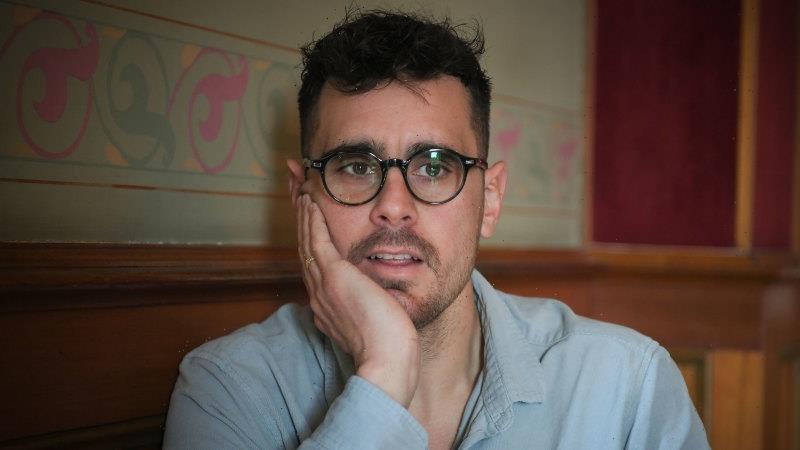 J.P. Pomare didn’t always aspire to being a thriller author, but since his 2019 debut Call Me Evie, he’s rapidly gained a reputation as a master of the genre.

After a brief stint studying media and politics at university, and considering journalism as a career, a friend put him on to the classics of “dead white man” literature. “Then I convinced myself that writing like that was the only kind of important writing,” he says. “Raymond Carver, Steinbeck, Vonnegut – I love them, but I went down the rabbit hole thinking that’s the only way to write. And if you try to write like that, it’s usually shit.” 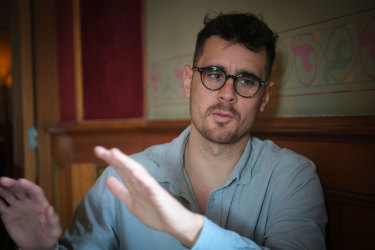 When we meet at Neighbourhood Wine in North Fitzroy, it’s a couple of days before the launch of his new novel, The Last Guests, for which a deal for the TV rights is being finalised. His previous three bestselling books – Call Me Evie, Tell Me Lies and In the Clearing – are also in various stages of film or television production.

But Pomare, 32, was initially convinced that he needed to “prove” himself first by writing for literary journals.

“My view was, if you weren’t good enough to get a short story published, you’ve got no business writing a novel,” he says. “So I wasn’t even attempting it until I got some traction with short stories and reviews and articles for literary magazines.”

When Meanjin published one of his science-fiction stories – “a far cry from the shitty literary stories I’d been writing” – it gave him the freedom to think about writing in a different way. “I thought nobody would publish it because it wasn’t about a couple breaking down or losing a kid or something … and was really fun to write.”

“Not necessarily cheap thrills, although I don’t mind some of that,” he says, citing Gillian Flynn’s 2012 thriller Gone Girl, which has sold 20 million copies. “That was a book that just swept me away; it was so well written, and I saw what a crime novel can do.”

Sadly, he doesn’t have a formula to share for writing his fast-paced thrillers. 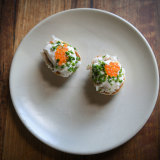 “I wish I did! My approach is to pursue my own interests within the framework of a suspense novel,” he says. “Twists for me come relatively early in the writing process, but never before setting out on the first draft. I usually stumble upon them after two or three drafts, then I will tease them out and ‘breadcrumb’ them in later drafts.”

Neighbourhood Wine is one of Pomare’s locals, although with a 13-month-old daughter at home, he doesn’t get out as much as he used to. “It was a bit hipster-only here for a while, but now it’s quite foodie,” Pomare says as we consider the menu.

Despite – or, perhaps, because of – growing up on a racehorse farm, Pomare is pescatarian, so we order starters of English muffins with spanner crab, buttermilk and salmon roe, and the unphotogenic but delicious cured trout with lemonade fruit, oats and isot chili (I had to look that up too). We both opt for the pan-fried cod for main course, with a salad and chips – only after we’ve settled on wine, which Pomare asks about before the food. “It’s after 12, right?” He has a local chardonnay and I order a French natural wine.

Pomare has lived in Australia for years, but grew up near Rotorua on New Zealand’s north island. “Like everyone with a hobby farm in New Zealand, we had 30 or 40 sheep as well and we used to watch the butcher when he came to slaughter the lambs,” he says. He and his three siblings have all been vegetarian or vegan at some point. “I think you can’t really divorce the meal from the source.” 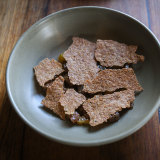 The Last Guests is set in the same remote area of New Zealand and plays on ideas of voyeurism and surveillance. Lina and Cain are a married couple with personal and financial worries; she’s an Auckland paramedic and he’s a former SAS soldier with PTSD, having trouble readjusting to civilian life. Looking to make extra money, Cain talks Lina into renovating her remote family lake house and leasing it on “WeStay” (a legally advised fictional version of Airbnb). They’re keen to start a family and could use the extra income – but both have their own secrets.

Like all Pomare’s novels, it’s tricky to write much about The Last Guests without giving anything away, but it’s possibly not one to read in your rented holiday cottage. I’ll certainly be checking the light fittings at my next beach holiday rental.

The genesis of the plot came from Pomare and his wife’s experiences with Airbnb properties. They rent out a cottage in regional Victoria and the process – from the social media guests use to check in (Airbnb requires guests to have a Facebook account, making casual cyber-stalking easy), to guest feedback and mysterious things left behind – all helped to inform the novel. (He also spoke to former SAS members and a policy adviser who had investigated online paedophile rings as part of his research.)

The central idea is that of secret surveillance, but The Last Guests is a twisty thriller, and this is just one of the chilling narrative threads. “I am a worst-case scenario guy, generally, but my worst-case scenario is: ‘Oh, if they burn the house down, we’ll get insurance.’ There’s no sentimental value in anything I own, really. What can they do? Fraud?”

That, he says, was his starting point: the absolute worst thing. Someone installing hidden cameras in a holiday home.

Then there were his experiences with guests: the zealous guest who started following and chatting to him on all his social media accounts; the one who went into too much detail about how many baths he’d enjoyed; and the family who left candle wax all over the hardwood floors.

“I thought it was in the shape of a pentagram! It was a circle, and it looked like they’d tried to clear it up, but it had smeared everywhere,” he says.

A holiday human sacrifice perhaps? “But it was a family, so …”

Did they come out with one less child than they arrived with? “Good question – maybe I should check the footage …”

The story’s hidden cameras are just one layer of the voyeurism at work in The Last Guests; Pomare wanted to explore the fact that we all have something of a taste for voyeurism.

“I didn’t quite become a voyeur myself, but I looked at all the ways you could – I mean, just with a person’s name you can find out where they eat, hang out from Instagram. At what point does social media become voyeurism? At what point are you stalking someone or looking into someone too much, and it becomes obsessive?”

Pomare says he indulges in what he calls a bit of “method writing”, becoming one of his characters. For The Last Guests, he took up running. “Not quite SAS level, but I got really fit,” he says. He was using a running app and realised that even that could be used to track someone. “You can find someone’s name, you can see where they start their running from each day.”

The app has privacy settings, but users then can’t enter the app’s running challenges, which are used to motivate people. “It’s another form of social media,” Pomare says. “It’s all so pervasive, especially the big three – for our generation – of Twitter, Facebook and Instagram. We don’t have any natural defence for how addictive it is, how it’s tapping into part of your brain.” 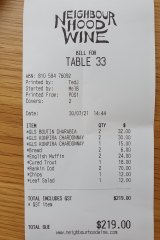 Receipt for lunch at Neighbourhood Wine.Credit:

Good fodder, though, for a crime writer – although Pomare’s not sure that he is a crime writer, despite recently being shortlisted for the Ned Kelly Award.

By the time we’re lingering over those unnecessary chips and a shared third glass of wine, we’ve traversed parenthood (“My daughter keeps bringing home diseases I’ve never even heard of from daycare”), growing up in rural New Zealand (“I wasn’t nerdy or scrawny, so the assumption was that at lunchtime, you’d play rugby – being a writer wasn’t something you aspired to as a 16-year-old boy in Rotorua”), recent novels (we’ve both just enjoyed Mark Brandi’s latest) and the attitude of superiority many have towards genre fiction.

“I don’t think you should shame someone from reading what they love,” he says. Likewise, he advises against reading books you’re “supposed” to rather than those you enjoy.

“I did that horrible thing young male writers tend to do; I stuck with the ‘classics’,” he says. “When I began to read well written, compelling crime novels, I found myself more and more drawn to the genre because I could finally see the potential in it – and my snobbery disappeared.”

The Last Guests (Hachette) is out now. 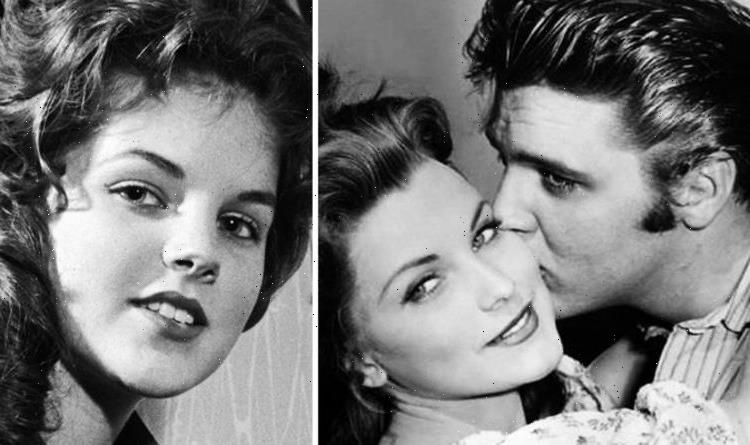