When Ryan O’Connell created “Special,” a a semi-autobiographical Netflix series about a gay man with cerebral palsy, he “didn’t give a shit” about making the show palatable to straight people. That show ran for two seasons in 2019 and 2021, with O’Connell as star, executive producer, showrunner and writer. Now, he’s starring in Stephen Dunn’s “Queer as Folk,” a re-imagining of Russell T. Davies’ groundbreaking British TV series, for Peacock. He thinks of the two shows as “spiritual sisters.”

“It’s queer stuff for queer people, like it’s for us,” O’Connell told Variety. “I made ‘Special’ not trying to spoon-feed anything to straight people … And I feel like ‘Queer as Folk’ has that similar attitude, where we’re not explaining queer culture to straight people, we’re just saying, ‘This is our lives, either you’re DTF or you’re not. XOXO, Gossip Girl.’”

The experience of working on “Special,” although rewarding, “deleted years” off O’Connell’s life, so he was grateful to join a project as an actor. As a co-executive producer of “Queer as Folk,” he also has writing credits on two episodes.

The new “Queer as Folk” is set in New Orleans, and centers around a mass shooting at a gay club (inspired by the events at Pulse Nightclub in 2016) in Episode 1. The show features an incredibly diverse cast of people of color, trans people and disabled people — not to mention Kim Cattrall as the mother of O’Connell’s character, Julian, who is pretty much the opposite of O’Connell’s role on “Special.” The first season follows the characters as they recover from the tragedy, and, staying true to the original series, furiously seek out romantic and sexual connections with one another. Variety spoke to O’Connell about crafting meaningful queer representation, the importance of vulnerability and his character’s penchant for cruising in bathrooms at the mall.

So, how did you get involved with this project?

Stephen had watched “Special” in 2019 and wanted to meet. So of course, we went to the celebrity haunt the Sunset Tower. And we actually had this amazing, very long, chic dinner. I was obsessed with him, and it was mutual. And he was talking about rebooting “Queer as Folk.” He sent me the pilot and I loved it. I just felt like it was diverse, it was inclusive, but they felt like real people and not just holograms of their identity and suffering. So I immediately gravitated towards it. And so we met about me writing for it. And then during the meeting he was like, “Oh, also I want you to be in it as Brodie’s brother.” And of course, my poisoned brain was like, “Wait, there’s going to be two of us disabled people?” But that’s the great thing about Stephen, when he talks about inclusivity, disabled people are always on the goddamn menu.

And then with your character, Julian, how did you create him? How did you start that process, and where did it take you?

Well, he largely came from Stephen’s imagination. His obsession with airplanes, him loving the mall, him wanting to be a flight attendant. Those are all things that Stephen had thought of. And I thought, “Wow, that is such a specific, little, delightful, weirdo person.” In rehearsals before we were shooting, he really, really had me lean into the snark and the dry bitchiness of the character, which I really, really liked, and it felt very different from the character I played on “Special,” who was this kind of naive, very warm, open person. By contrast, Julian’s actually very closed up and uses humor as a defense mechanism. So it was really fun getting to play a character that could be such a salty little bitch.

What kind of environment did Stephen create in terms of crafting disabled characters?

It felt like such a safe space because everyone knew me, everyone knew my journey. If I needed to speak my mind about something, obviously it was totally like, let’s party. I just felt like it was a really nurturing environment. And also it wasn’t an environment of idiots. Everyone is very smart and understands people. So I wasn’t there just disability-splaining every goddamn day. Oh, my God. If I was, I would truly be murderous.

Julian is one of the few characters who wasn’t present for the nightclub shooting. What would you say his role signifies in the world of the story and for the other characters?

The relationship he has with Brodie [Devin Way] is really, really interesting. He gets a side of Brodie that no one else gets because they’re family and the issues that they have with each other run deep. And in a way, he sort of has Brodie’s number more than anyone else does because he grew up with the bitch. I kind of saw Julian as the vantage point. Sort of like an intro to queerness. Everyone else in the show feels so advanced queer. And I’m like, maybe Julian’s not having bukkakes every weekend. He’s a kind of an interesting way in for people that are not attending sex raves. He’s not new in his queerness, but he he isn’t the type to go to a sex party. He doesn’t have relationships or boyfriends. He gets his dick sucked in a bathroom stall next to a piercing pagoda at the mall. That’s a very different level of intimacy. So I just thought it would be a really interesting way in for the viewers that didn’t feel necessarily like advanced queer, if that makes sense.

Totally. What do you think Julian is communicating about the ideals of how a queer person should behave or can behave while exploring their identity?

Well, one of the hallmarks of a queer person, unfortunately, can be a fear of intimacy, and that’s actually one that [Julian] shares with his brother. He represents those queer people. I mean, it’s one thing to admit, “I am attracted to men.” It’s another thing to be vulnerable enough to let yourself be loved by another man. And that is Julian’s struggle. And in this case, it was Noah [Johnny Sibilly]. That’s a very relatable, queer experience. I know that I’ve had that struggle because of internalized homophobia, because of not feeling deserving enough of love. I understand using humor as a defense mechanism, all of those things. So that aspect of Julian feels very, very true to the queer experience.

Julian communicates a lot to the other characters about how he has had to adapt to his circumstances, whereas everyone else has faced this trauma and it’s a big change in their lives, losing the sense of normalcy that they had. Do you see any through-lines between the acceptance of disabled people in queer spaces and the importance of acknowledging trauma and healing in the queer community? What lessons might Julian have for everyone else as they’re experiencing this?

That’s interesting, I actually really haven’t thought about that. But it makes sense because these characters minus Julian have experienced something so tragic and beyond their control. And because of that, their lives have irrevocably changed. Julian, by comparison, was born into a body that he could not control and his life is going to be changed forever because of it. For Julian, that lack of control at birth has manifested into utter control in every other aspect of his life. He is a routine bitch. That man loves the mall. He loves his “Buffy.” His life is small, compact, and that’s the way he likes it. That is a response to him feeling out of control in his body and so much of his childhood being not up to him.

So in terms of what they have to learn from each other, when something happens to you that’s out of your control, your responses to that can run the gamut. What they could learn from each other is that you cannot shy away from vulnerability. Control, to me, feels like an allergy to vulnerability. Also it’s fruitless. You can’t control anything. You have to sit in your grief, you have to experience it, and you can’t try to circumvent it or create a narrative around it. You just have to exist. All of them could learn that lesson because they’re all filling the void in various ways to avoid dealing with their pain, which is very relatable.

What was your take away from showing the dynamic between you and Brodie, your adopted brother who is causing a lot of drama throughout the season?

For Julian and Brodie, they’ve been estranged, and that hurts Julian deeply. But I don’t think Julian would ever vocalize that. You’re seeing these two people that, yes, are family, but also are strangers to each other and are getting reacquainted with each other throughout the season. They have such baggage towards each other, and that allows them to see each other as fully realized human beings.

Brodie’s so lucky to have Julian as a sibling.

Yeah, Brodie is not the most emotionally intelligent character. He’s well-intentioned and his heart is in the right place, but he doesn’t quite understand people. It’s like that “My So-Called Life” quote, when Angela Chase turns to Brian Krakow and she goes, “You don’t understand people. Krakow, how could you be so heartless?” Then he goes, “She’s calling me heartless? Wow. How ironic could you get without, like, puking?”

Brodie brings the drama for sure.

He’s not aware of himself. There’s a narcissism that prevents him from fully seeing other people and understanding them.

Which is pretty accurate for the queer community.

The pipeline from societal erasure to utter and complete self-absorption and narcissism is the shortest pipeline I ever did see.

Every character on the show, to a certain degree, is very obsessed with themselves, but in a way that manifests differently. Which can be as empowering as it is perhaps debilitating.

If you have a show full of fully realized individuals, it’s going to be a little bit of a snooze fest.

Yeah. They’re not the most evolved and we love them for it. It gives us plenty of seasons of material.

This interview has been edited and condensed. 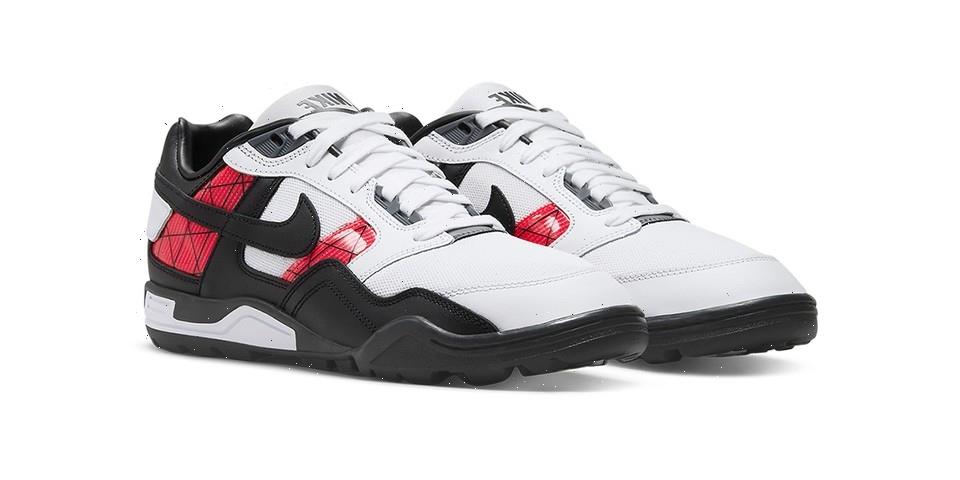