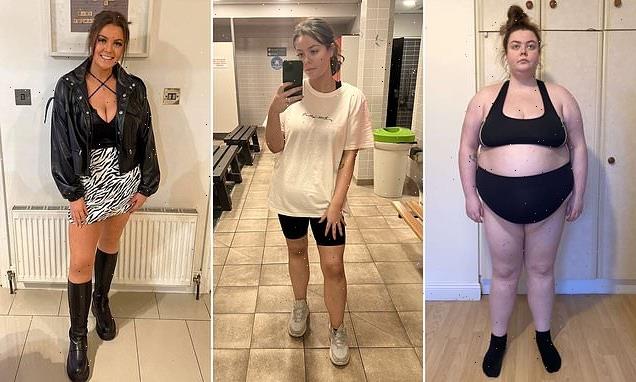 Secret eater, 24, who ballooned to 20st after stashing takeaways in her wardrobe is unrecognisable after shedding half her body weight thanks to £7,000 surgery

A secret eater who hid food in her wardrobe and ate 11 slices of bread each day is unrecognisable after dropping more than 9st.

Ava Twomey, from County Kildare, ballooned to 20st after lockdown caused her to start storing Chinese takeaways, crisps, and biscuits in her wardrobe.

She would order enough food for two people and hide it away so she could eat it later.

Ava, a social worker at a homeless shelter, even admits that she could make her way through 11 slices of bread each day with butter, cheese, and crisps as her toppings.

However, after saving £7,000 for weight loss surgery, Ava had a gastric sleeve last May to help her lose weight and is now unrecognisable after losing 9st 2lbs.

Ava Twomey, 24, from County Kildare, went from 20st to 10st 8lb in just a year thanks to a £7,000 weight loss surgery she had in Lithuania last May

She said: ‘I’ve always been chubby and I vividly remember joining Slimming World at 13.

‘However, when COVID hit, I developed a binge eating disorder and I got up to 20st.

‘All I could think about was food. When I got into bed at night I would already be thinking about what I was going to eat the next day.

‘I hid food in my wardrobe, ordered enough food for two people, and secretly ate it.

After her gastric sleeve surgery, Ava began to hit the gym and work on her fitness. She said the surgery changed her life for the better

‘If food went missing from my wardrobe I would have a mental breakdown and scream to find out where it had gone.

‘I loved eating at night time and munched on sausage rolls, Pot Noodles and crisps. I ate a lot of bread and would have about 11 slices every day with butter and cheese.

‘Each Halloween I told myself that the following year I would be slim enough to wear a sexy tight outfit, but it never happened.

‘So after Halloween 2020, I hit a low point and knew I needed to do something to get my life back. 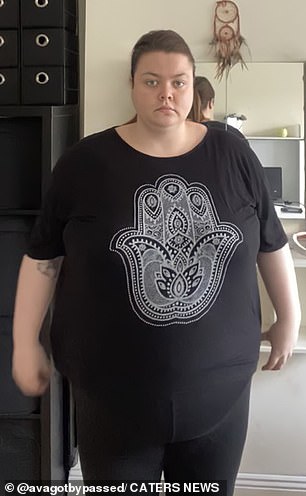 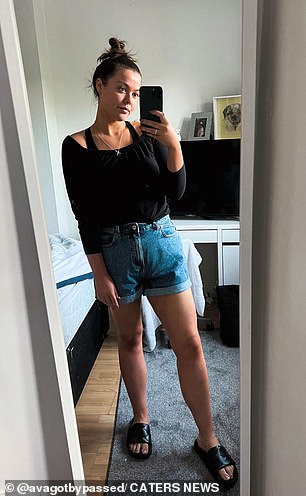 Ava’s weight got heavier during lockdown and by Halloween 2020, she started looking at ways to cut down. A year after the surgery, she is looking forward to the summer 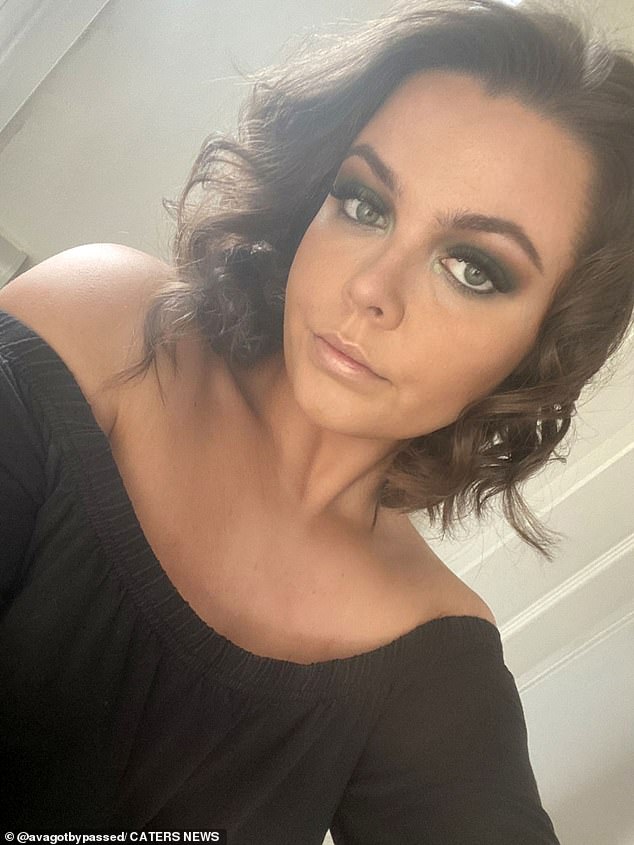 The 24-year-old is much more confident after her weight loss. She used to hide food in her wardrobe and would have panic attack if her snacks went missing 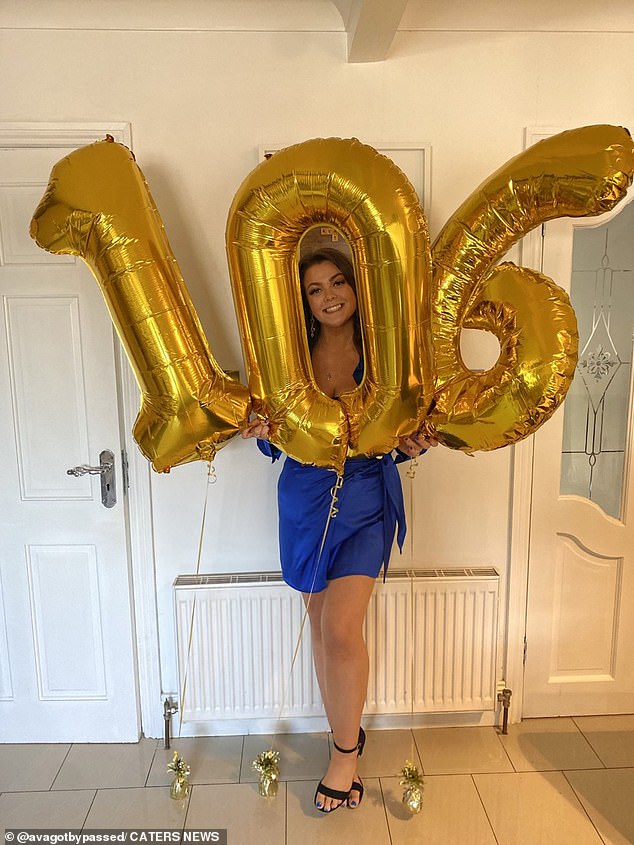 The super slimmer threw herself a party to mark her amazing weight loss, which amounts to 106lbs

‘I booked to have a gastric sleeve in Lithuania and it was the best decision I have ever made.’

Ava hated the way that she looked but played the stereotypical role of the ‘funny fat girl’ to try and distract people from her weight.

She says that she was always the loudest and drunkest in the room and always trying to make people laugh.

Ava added: ‘Deep down I was just hiding how I was truly feeling.

LUNCH: Cracker breads with ham and cheese, or salads

‘I wanted people to like me for my big personality and not be embarrassed to be friends with me because of my weight.

‘I was also very easily agitated and would always fall out with my sisters and parents when I was feeling bad.

‘I would agree to plans with my friends but often back out at the last minute because I didn’t have anything nice to wear.

‘I covered up in baggy clothes. It was a horrible feeling having slim and healthy friends when you’re a whopping 20st. 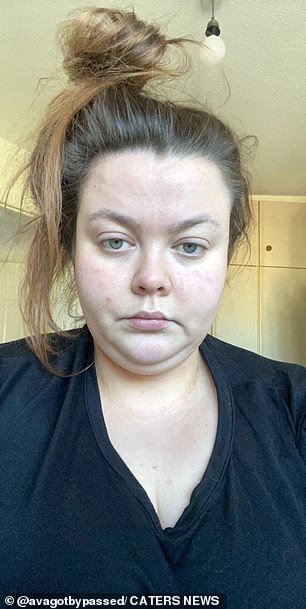 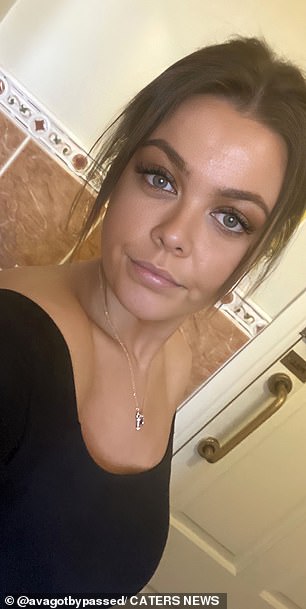 Ava admitted she felt she needed drastic measures to curb her weight gain. Now she says she doesn’t regret her decision

‘When it got to Halloween in 2020 and I still hadn’t managed to lose any weight, I’d had enough.

‘I was in a dark place and I was scrolling on Instagram when I saw some amazing before and after pictures.

‘I looked into it more and found out about gastric sleeve surgery.

‘I thought it sounded extreme, but I needed extreme.’

Ava told her parents, however, they weren’t keen on the idea of her going abroad for life-changing surgery.

But Ava had made her mind up and believed her happiness depended on it.

She said: ‘I got my job and I saved every penny to be able to fund my weight loss surgery.

‘I was determined to make it happen.

‘In May last year, I flew to Lithuania to have the surgery.

‘It was a great experience and I don’t regret anything.

‘I’m 9st 2lbs down. I’ve lost almost half of my body weight. 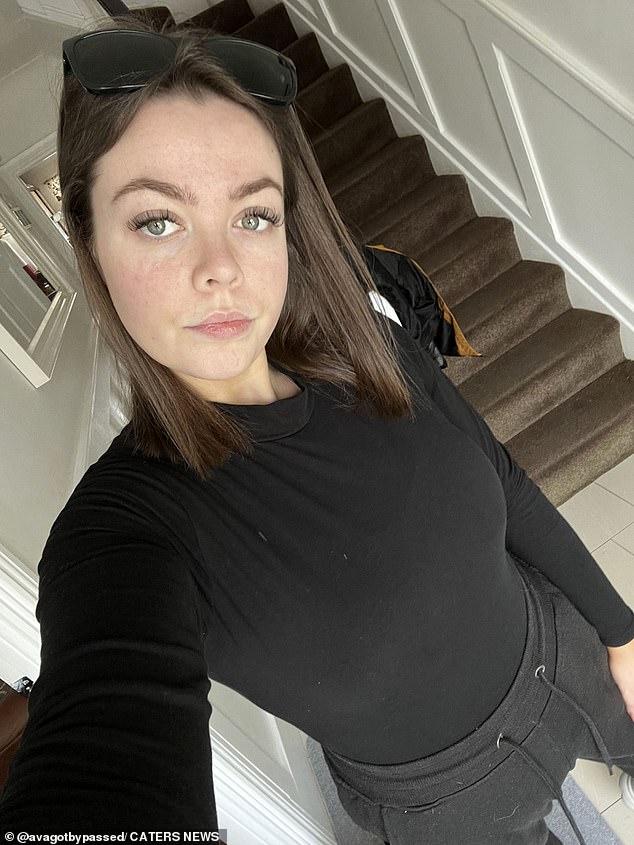 Ava said she’s now a different person. She said she loves being able to wear what she wants without a second thought 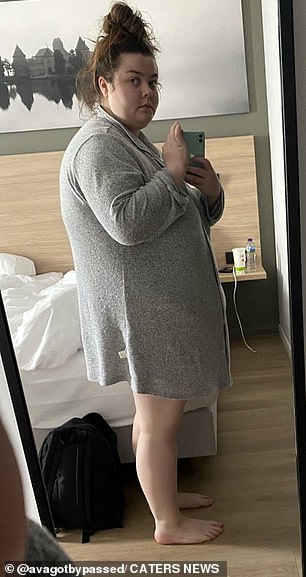 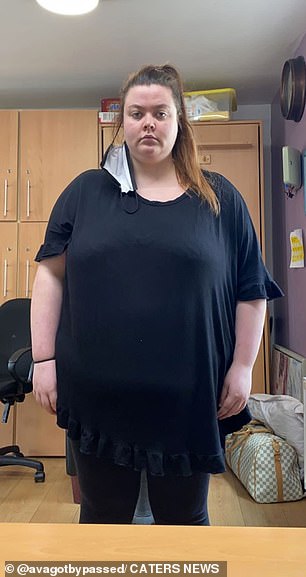 The homeless shelter worker said she would wear baggy clothes to hide her large frame before her weight loss, and would feel embarrassed about her weight

‘I still can’t believe it. Sometimes I think I should buy some new scales to make sure it’s right because it doesn’t seem real.

‘It has changed my life and I am a different person for all of the right reasons.

‘I’m going on holiday for the first time since my weight loss and I just can’t wait.

‘I won’t have to worry about anything and I can wear whatever I want without giving it a second thought. It feels amazing!’ 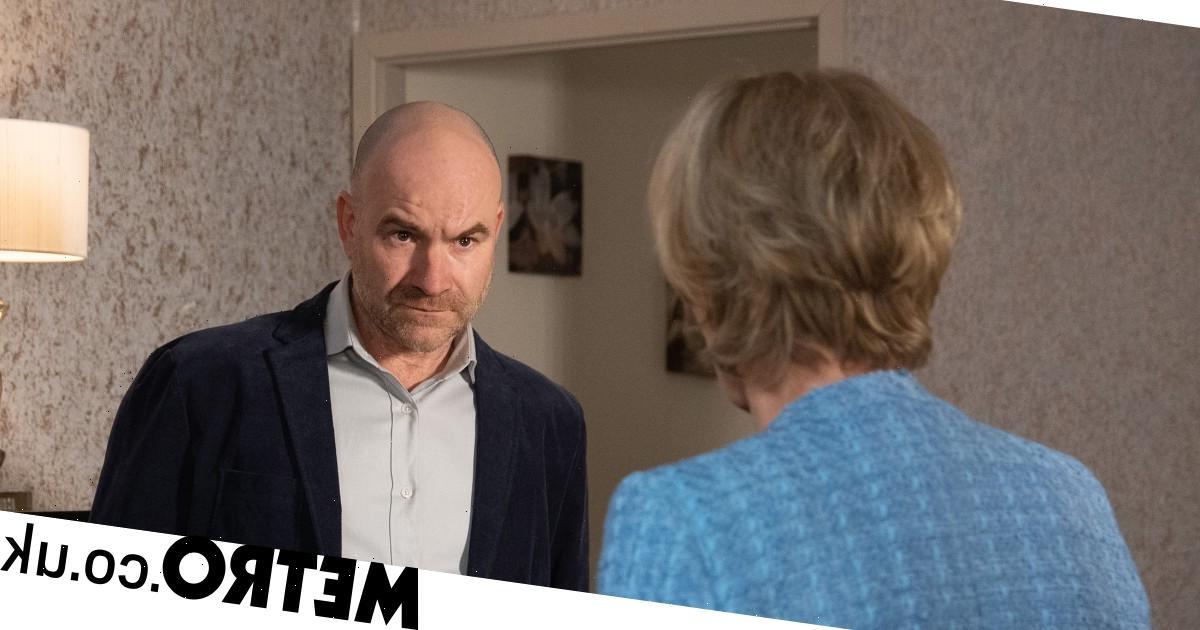 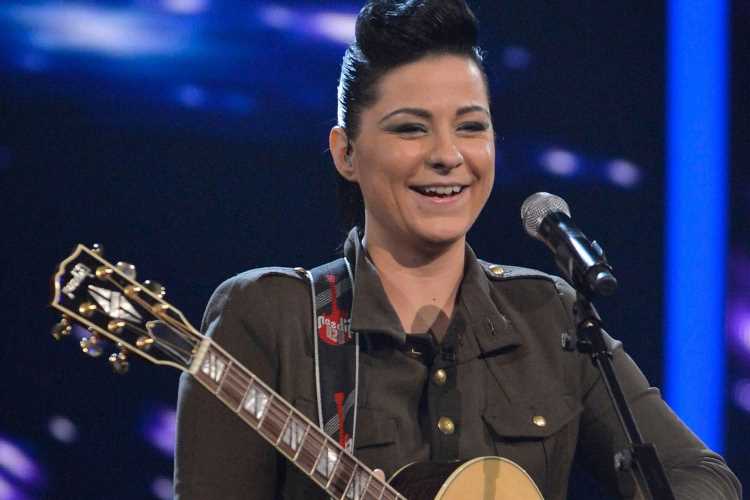