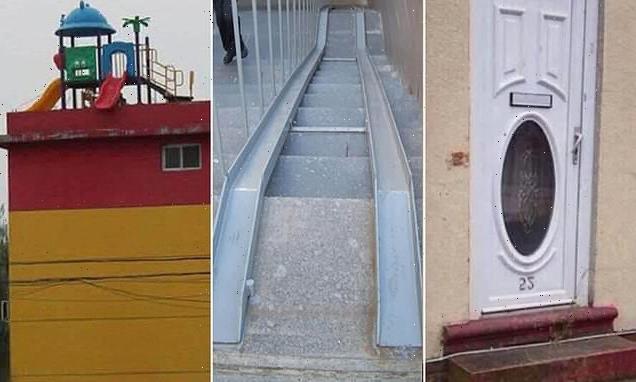 It’s Bodger the Builder! Disastrous construction fails include an upside down door and the world’s most dangerous slide

It’s important to do a thorough background check on your builders or designers before hiring them – otherwise you might be left with something as bizarre as these construction fails.

The Eco Feed has rounded up a selection of terrible designs from around the world – including a front door that has been put in upside down.

Parents wanting to take their children on a fun day out at a play park might want to avoid the climbing frame and slides that has been plonked onto the roof of a block of flats in China with the slides going in one direction – down to the ground.

Elsewhere, a perhaps well-intentioned but ultimately dangerous fail appears to have occurred with an accessibility ramp that is a little steeper than it should be.

For wheelchair users who need a safe option to get up and down the stairs, it might be best to take an alternative route. 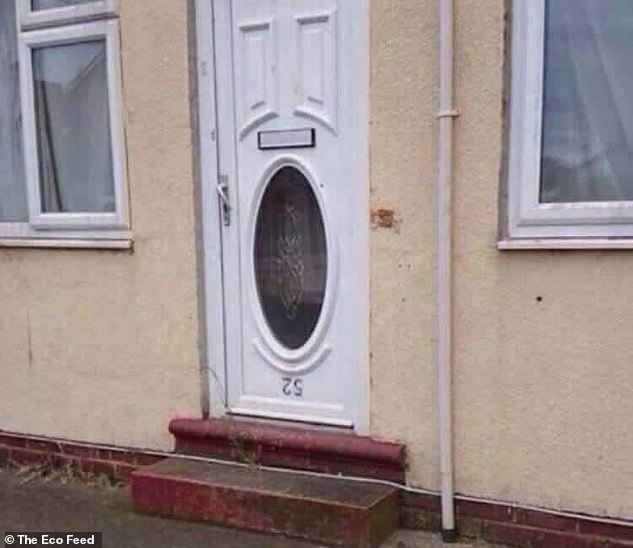 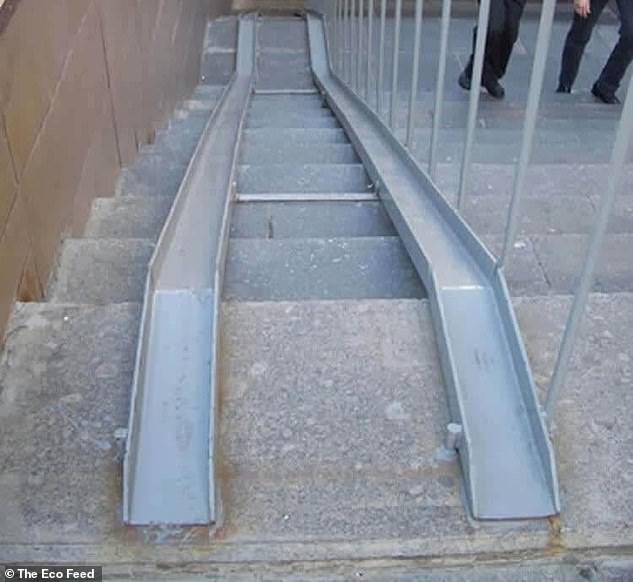 While some miscalculations can be quite funny, others are downright dangerous and could cause a serious accident – such as this terrifying ‘wheelchair ramp’ 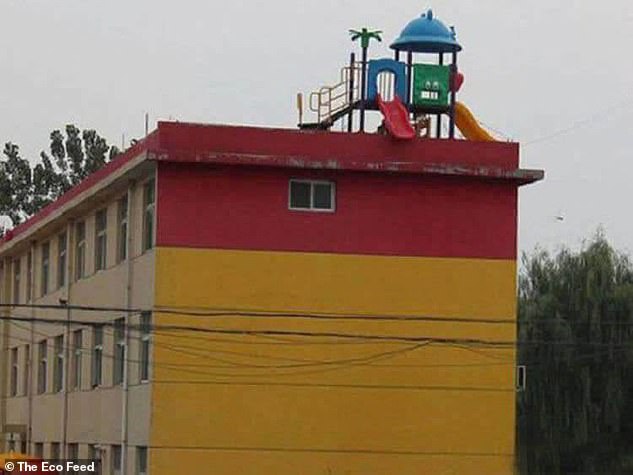 Not child’s play! Anyone who tried out this slide in Eastern China would get a nasty shock – when they plummeted 40ft down the side of the building 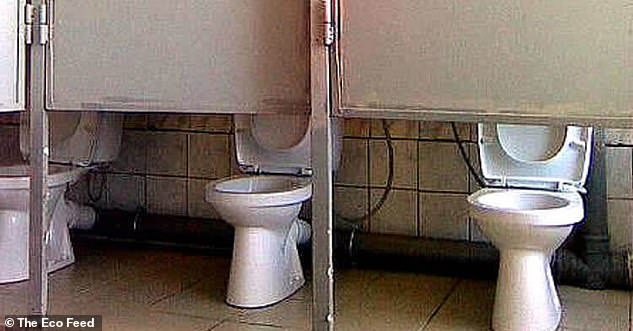 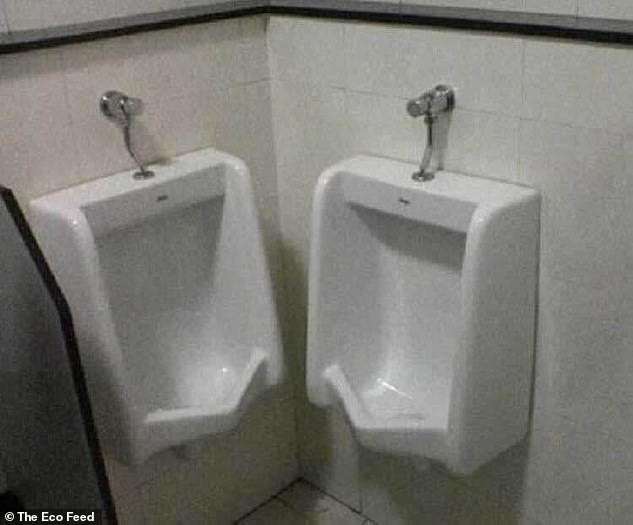 And for a man wanting some peace while heading to the bathroom, he will either have to take turns or share the urinal space with a complete stranger 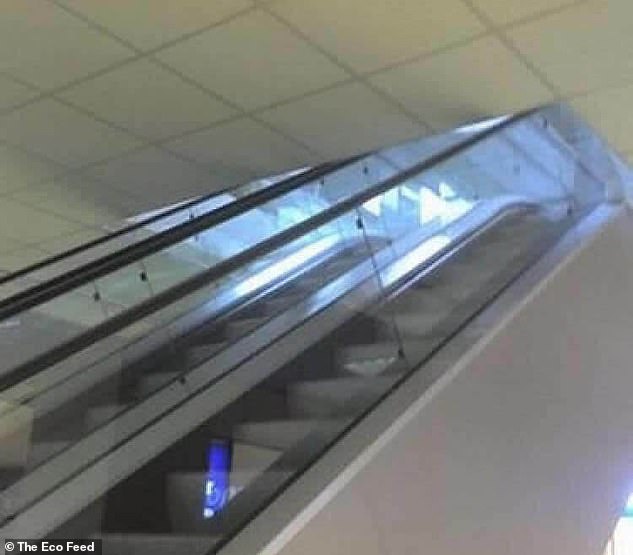 Watch your head! The escalators in this building aren’t quite as user-friendly as they should be, with people most likely having to take cover while using them 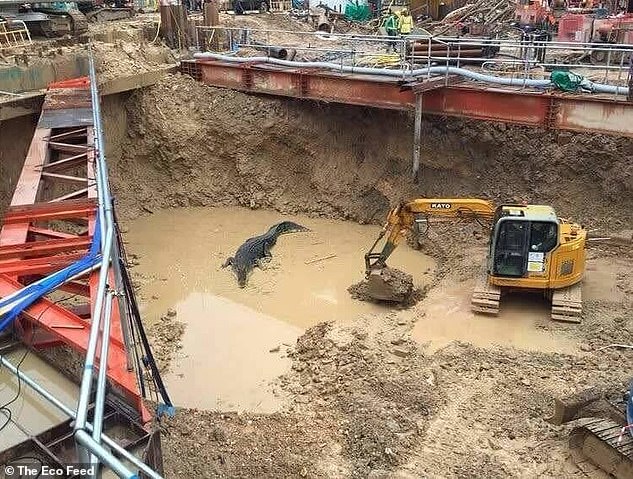 See ya later, alligator! This construction site in China has been infiltrated by an unwelcome guest who appears to have scared off everyone else in the area 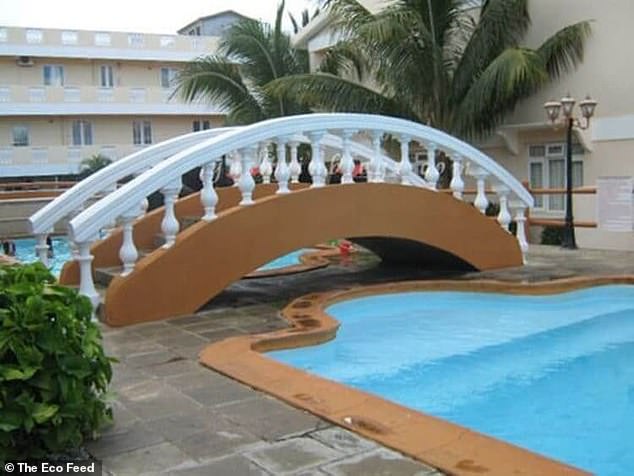 What was the need? Social media users questioned why this bridge had been placed between two swimming pools 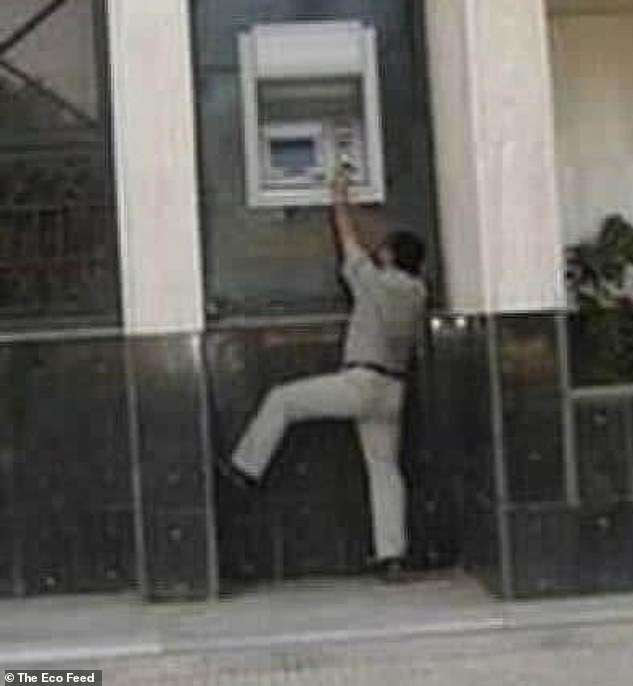 That’s one way to save money! A man reaches up to an unusually high ATM as he tries in vain to withdraw some cash 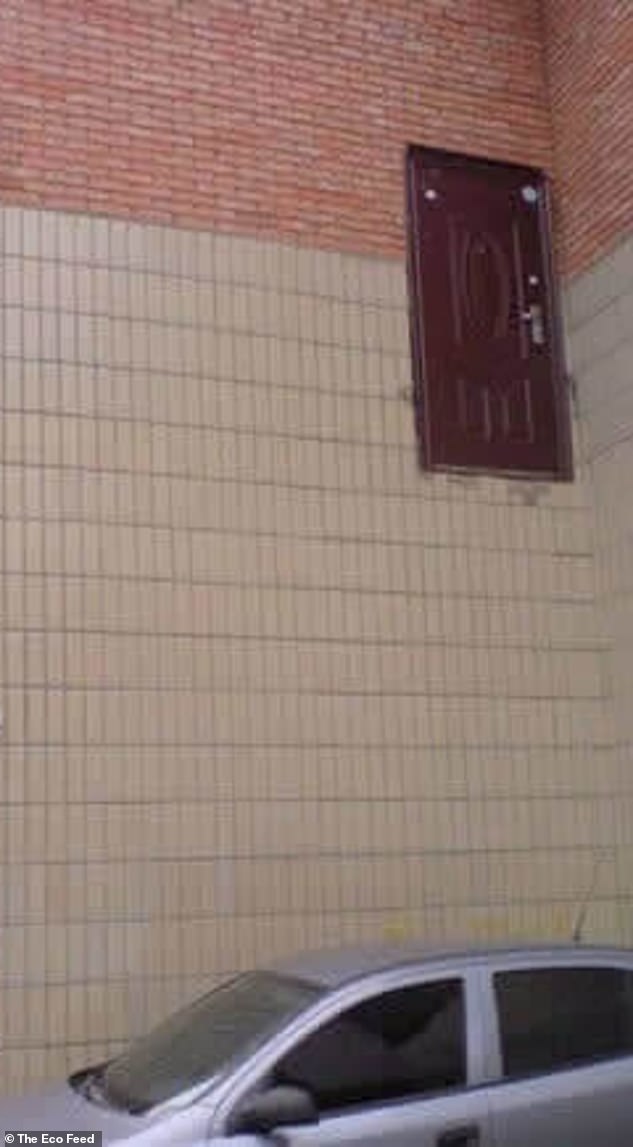 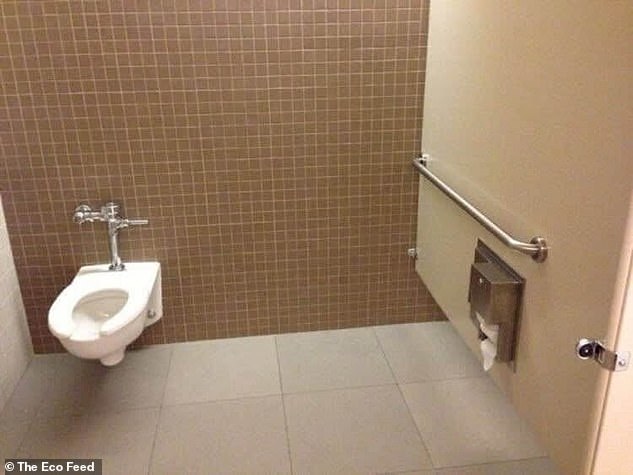 What were they thinking? Whoever uses this bathroom will need a long arm reach to be able to get the toilet roll 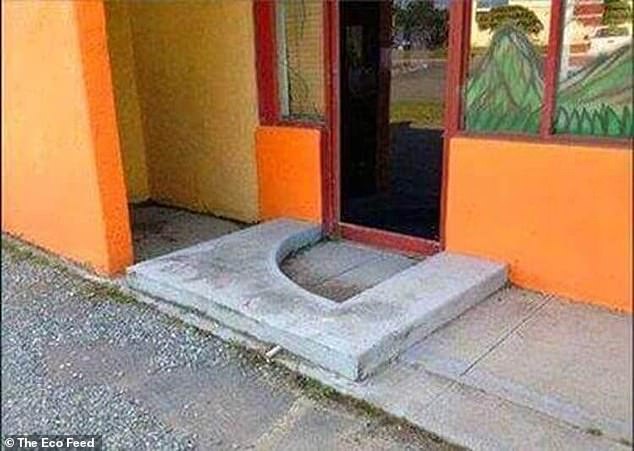 Is this really needed? People online questioned how useful this dangerous step surrounding the door was in Brazil