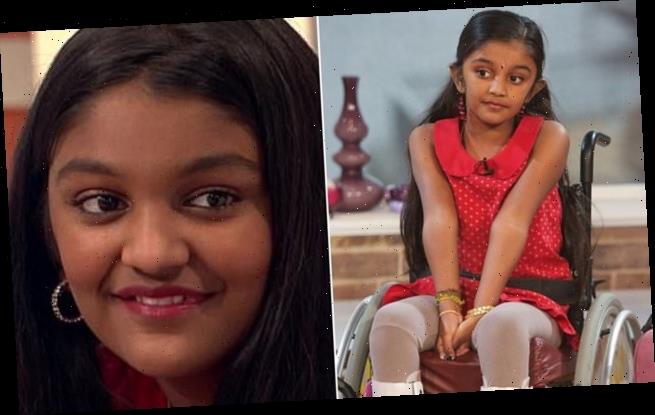 Britain’s youngest victim of gun crime, 15, who was shot in the chest aged 5 leaving her prone to respiratory infections is being forced to return to school despite risks of Covid-19 after parents were threatened with a fine

A teen who became Britain’s youngest victim of gun crime when she was caught in the crossfire of a gang shooting has been forced to return to school, despite her injuries making her more susceptible to Covid-19.

Thusha Kamaleswaran, now 15, was just five when she was shot in the chest in Stockwell, south London, in 2011, leaving her paralysed from the chest down and more prone to respiratory infections.

Despite her doctor telling the school that her lung function is ‘not optimal’, parents Sasi, 45, and mum Shamila, 43, were forced to send their daughter back to Seven Kings School in Ilford, Essex after they were threatened with a fine.

‘Thusha returned to school on Monday but feels unsafe and anxious. It seems really unfair after all she’s been through,’ her brother Thusan, 21, told The Sunday Mirror. 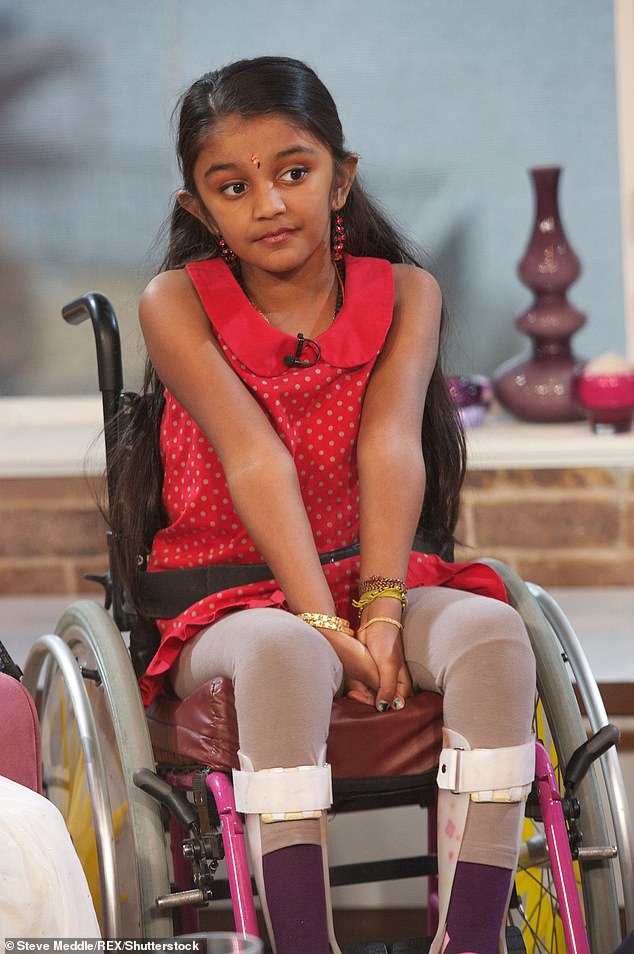 Thusha Kamaleswaran (pictured in 2012) was just five when she was shot in the chest in Stockwell, south London, in 2011, leaving her paralysed from the chest down 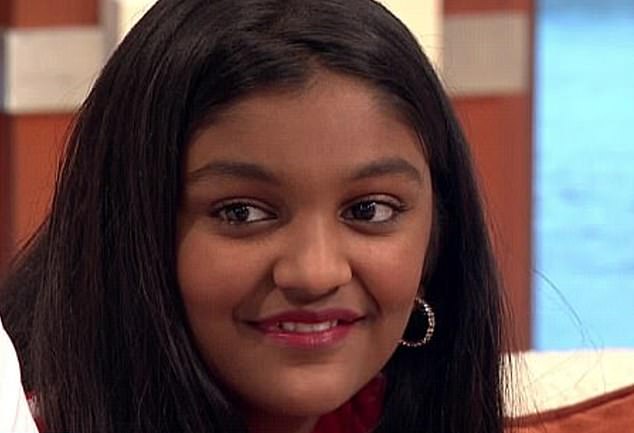 Now 15, the teen (pictured in 2017) has been forced to return to school, despite high risks due to Covid-19 as her parents have been threatened with a fine

Thusha’s GP, Dr PJ Suresh wrote a letter to the school warning that she is ‘prone to respiratory infections’ due to her reduced lung function.

However Seven Kings’ head of pastoral care, Dean Taylor, told the publication the letter to the school from the family’s GP ‘did not provide the necessary information’.

Thusha was shot while she played in her aunt and uncle’s shop, Stockwell Food and Wine.

CCTV showed Thusha cheerfully skipping up and down an aisle just seconds before the gang rushed in after their intended victim. The whole shocking incident lasted just 50 seconds. 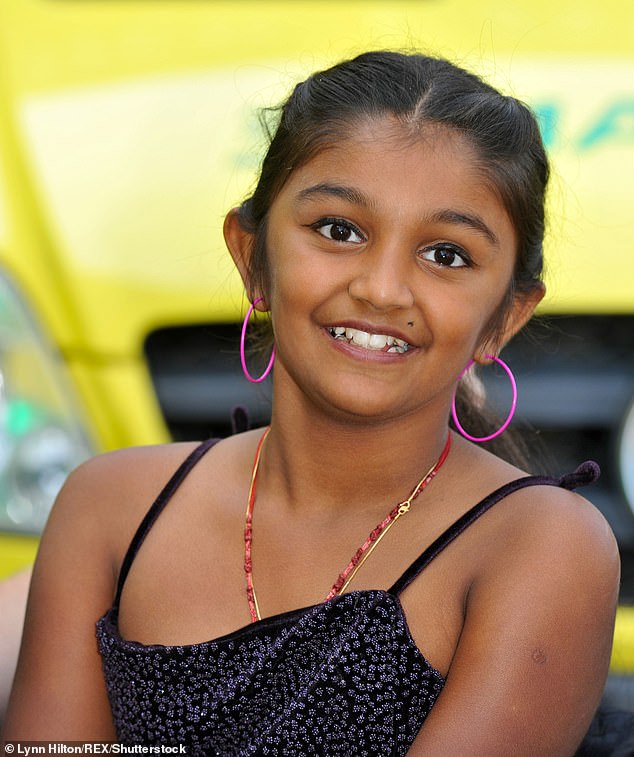 Thusha, pictured in 2013, was shot as she played in her aunt and uncle’s shop, Stockwell Food and Wine in South London

Kazeem Kolawole and two other gang members, Nathaniel Grant and Anthony McCalla – members of the Brixton-based OC gang – had stormed into the store looking to shoot Roshaun Bryan, a member of rival Stockwell gang ABM.

Grant then opened fire and Thusha, from Hainault in north east London, was caught in the crossfire and hit in the chest.

The bullet shattered the seventh vertebra of her spine, sending her into cardiac arrest.

Doctors were forced to perform open heart surgery on her in the street. One surgeon kept her alive by pinching a severed vessel leading to her heart between his fingers to stem catastrophic blood loss.

Her heart stopped twice in the hours after the shooting and she was left relying on a ventilator machine for almost three weeks, with her parents being warned she had only a 50 per cent chance of survival. 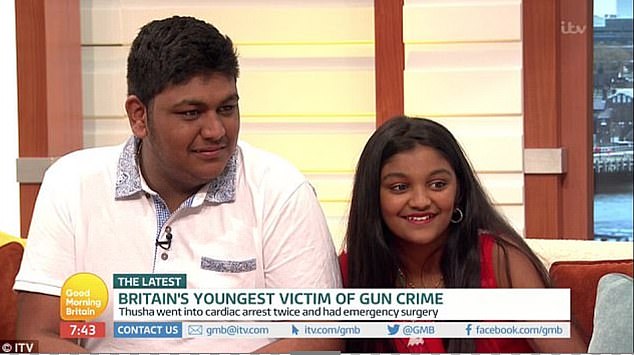 In 2017, Thusha and her brother appeared on Good Morning Britain where they revealed she had made extraordinary progress and had regained feeling in her legs

She then spent a year in hospital and was confined to a wheelchair.

In 2017, Thusha and her brother appeared on Good Morning Britain where they revealed she had made extraordinary progress and, against the odds, had regained the feeling in her legs and could take steps.

Thusan said: ‘She has made a lot of progress, she has gained feeling in her legs now and a couple of years ago she couldn’t do that. She can move her legs now.

‘It makes me happy because when you saw what happened, she was not in a good state. Now she has got all her feeling and stuff and she will eventually walk again.’

Thusha Kamaleswaran was left paralysed by a bullet fired by 21-year-old Nathaniel Grant as she danced in a grocery store aisle in front of her parents.

Thusha was left helpless and dying on the floor of the grocery shop after a .22 round pierced her chest. 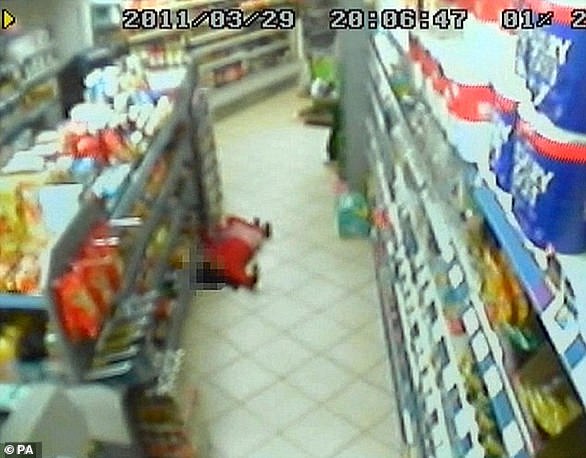 Moments earlier she could be seen in her bright red coat and pink skirt playing cheerfully with her 12-year-old brother and three-year-old sister. The whole incident lasted just 50 seconds.

Security cameras installed because of the constant threat of armed robbery captured the incident and senior barristers said the footage contained some of the most heart-breaking evidence ever seen in a British courtroom.

Thusha’s mother Sharmila Kamaleswaran broke down in tears and was comforted by her husband as she saw it for the first time at the start of the Old Bailey trial.

Pictured (left to right) Nathaniel Grant, Anthony McCalla and Kazeem all of who were jailed for the gang-related shooting that left five-year-old Thusha Kamaleswaran permanently paralysed

Grant was jailed in 2012 for a minimum of 17-years for causing grievous bodily harm with intent to Thusha and shopper Roshan Selvakumar, who was shot in the face.

Thusha was left paralysed from the chest down, but in 2017 revealed she had regained some feeling in her legs and had managed to take her first steps since the accident. 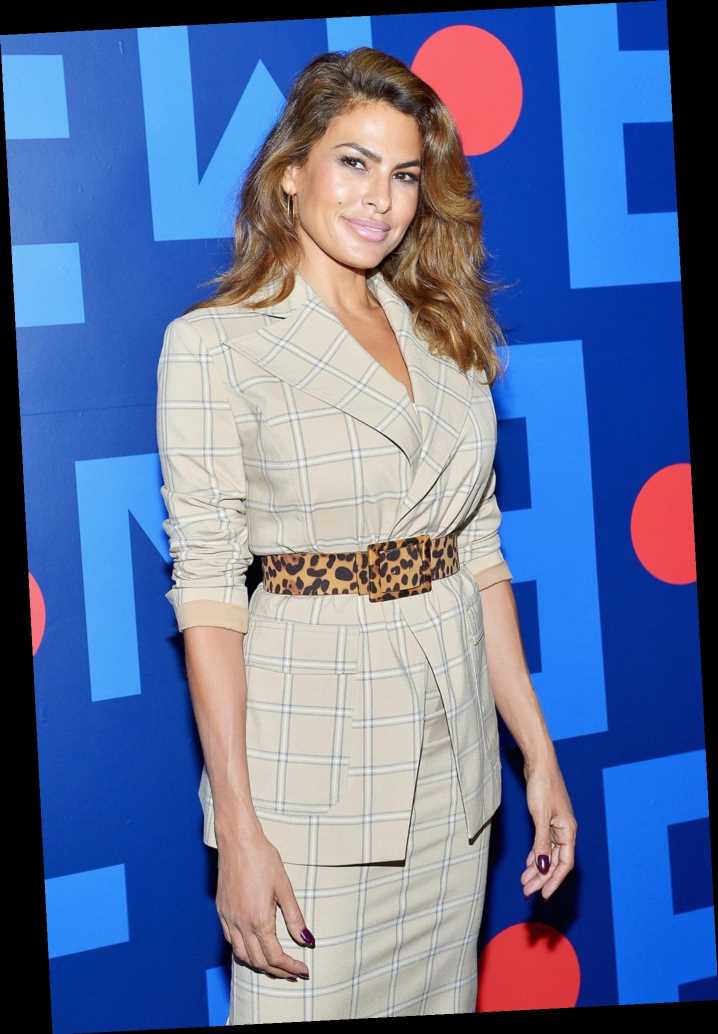 Previous post Eva Mendes Hints at Return to Acting as She Raves About Her Daughters: 'My Ambition Is Coming Back' 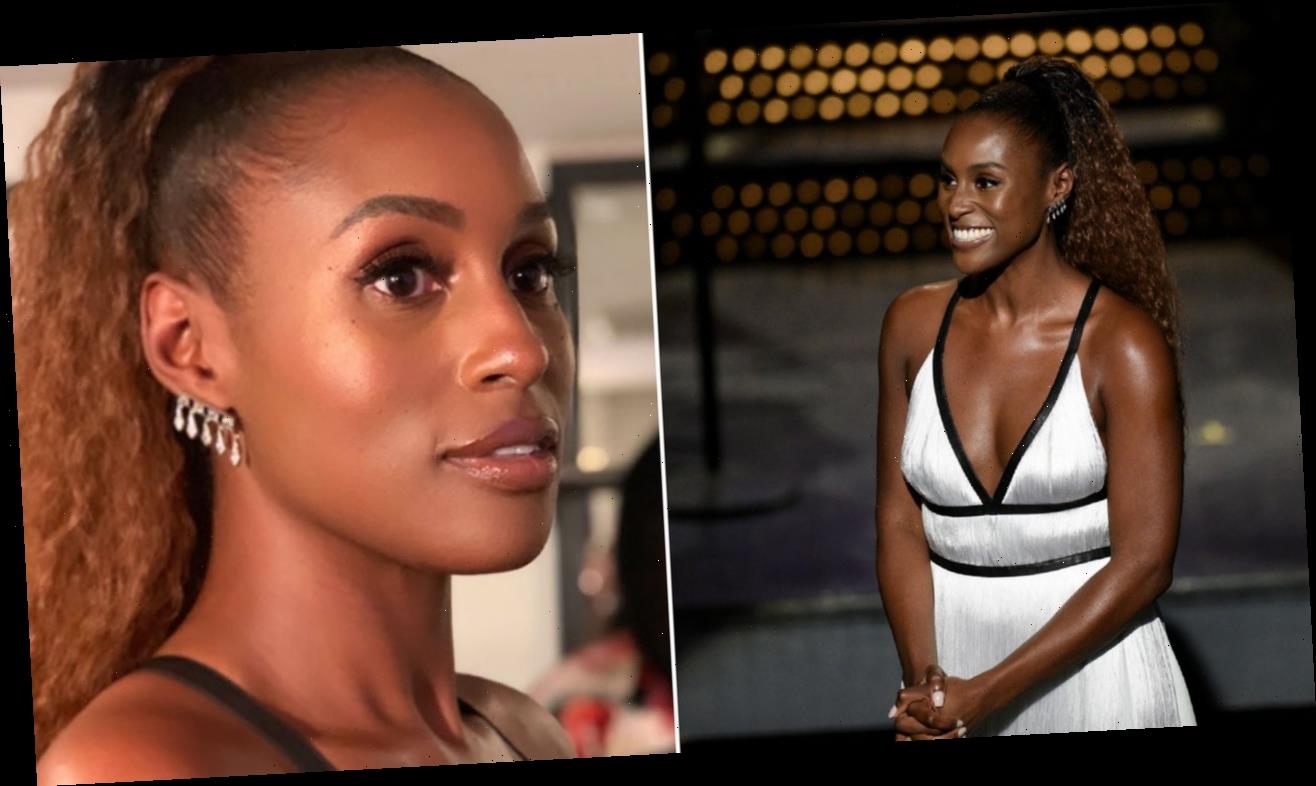