Well that didn’t go to plan! Amusing photos reveal the times people have made VERY silly mistakes – from not opening an umbrella in the rain to using a chainsaw on someone’s back

These people should have abstained from doing things that were very clearly wrong, but there’s no denying the results were hilarious.

People from across the globe have shared a selection of snaps showing the times men, women and children failed to use their common sense.

Among the amusing images, collated in a gallery by Diply.com, includes a man who used a chainsaw to cut some wood on his friend’s back, and a child caught drawing a picture of the devil in church.

In another snap, an advert for unbreakable wine glasses shows a woman clinking glasses with her young daughter, who appeared to be drinking wine as well.

People from across the globe have shared snaps of the times they’ve seen others doing things very wrong. Among the images, collated by Diply.com, include a girl, from an unknown location, who was caught drawing a picture of the devil while at church 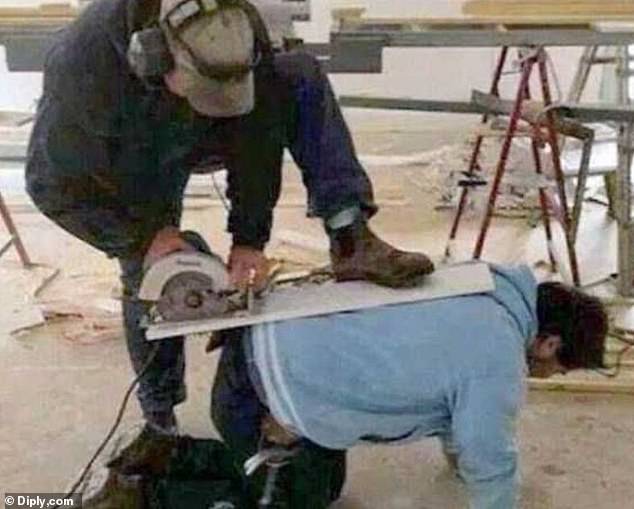 A man, from an unknown location, was spotted on a building site cutting wood with a chainsaw on his friend’s back 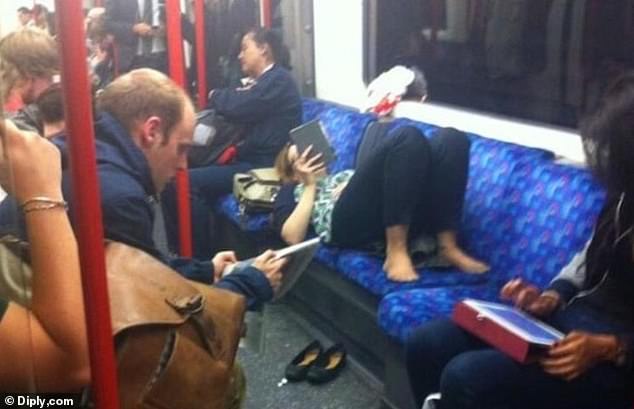 One shameless woman was seen using the London Central line as her personal sofa, taking her shoes off and laying down to read her book 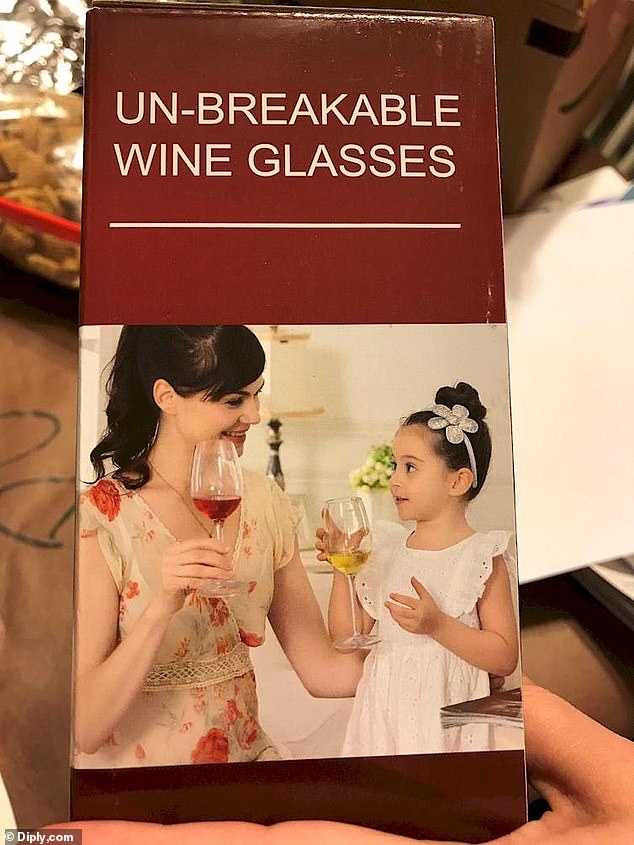 One unknown company made a poor choice in advertising when they showed this mother clinking glasses with her daughter, who appeared to be drinking from a wine glass as well 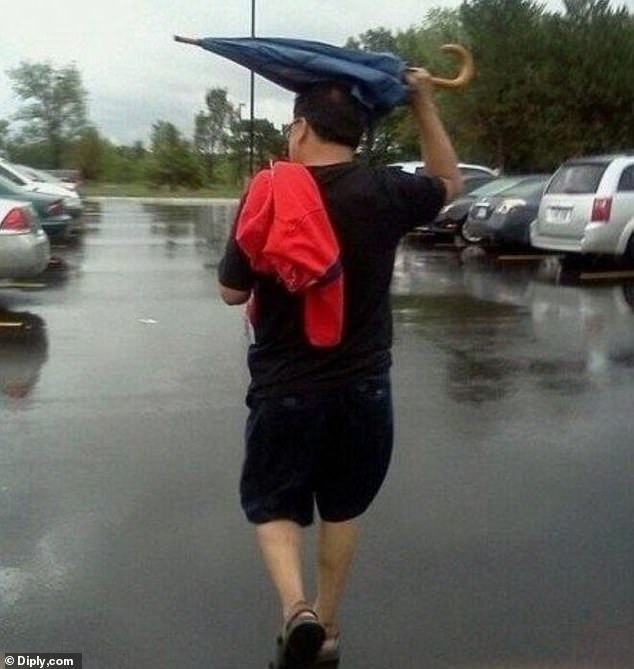 One man, from an unknown location, was caught protecting himself from the rain with an unopened umbrella, while carrying a rain jacket on his shoulder 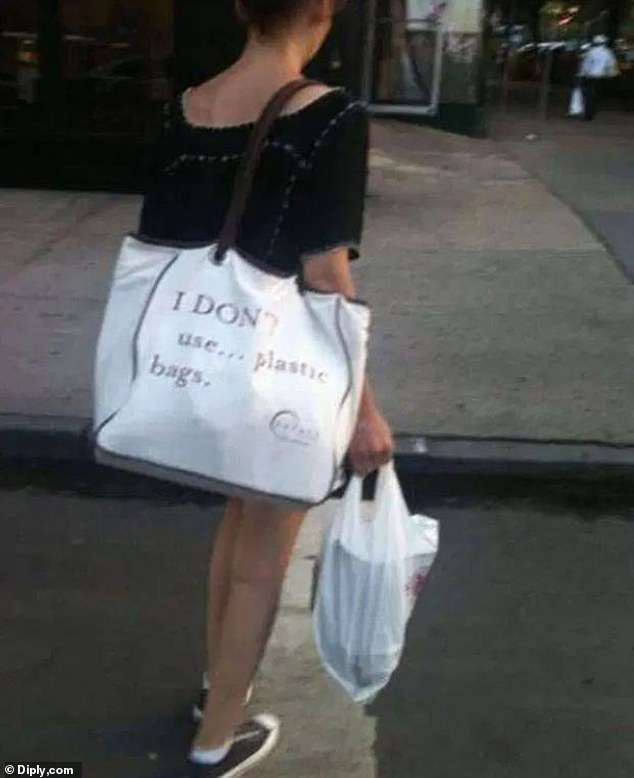 This shopper, from an unknown location, was seen carrying a bag which read: ‘I don’t use plastic bags’…while carrying an actual plastic bag 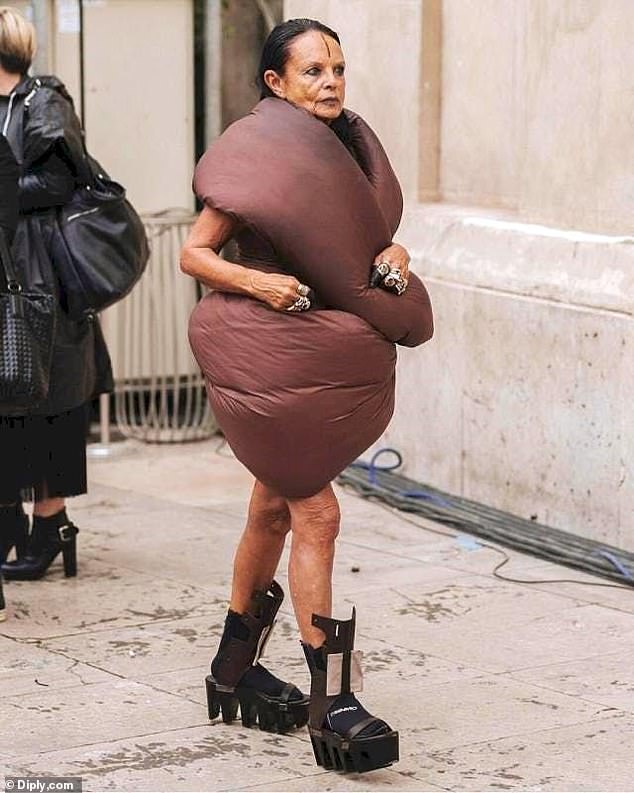 One person, from an unknown location, noted that this woman’s choice of outfit looked uncanny to the poo emoji 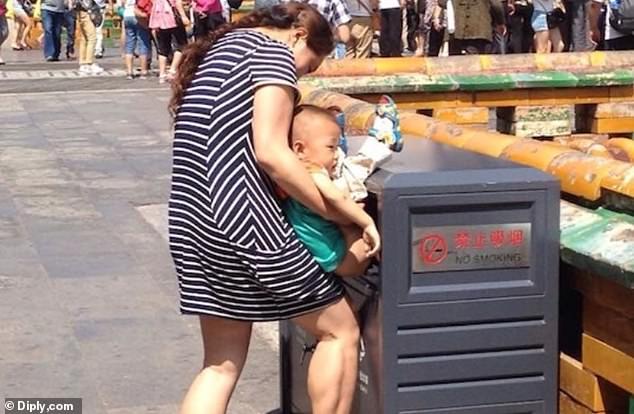 A panicked mother, from an unknown location, tried to find a solution after running out of nappies – and opted for the bin! 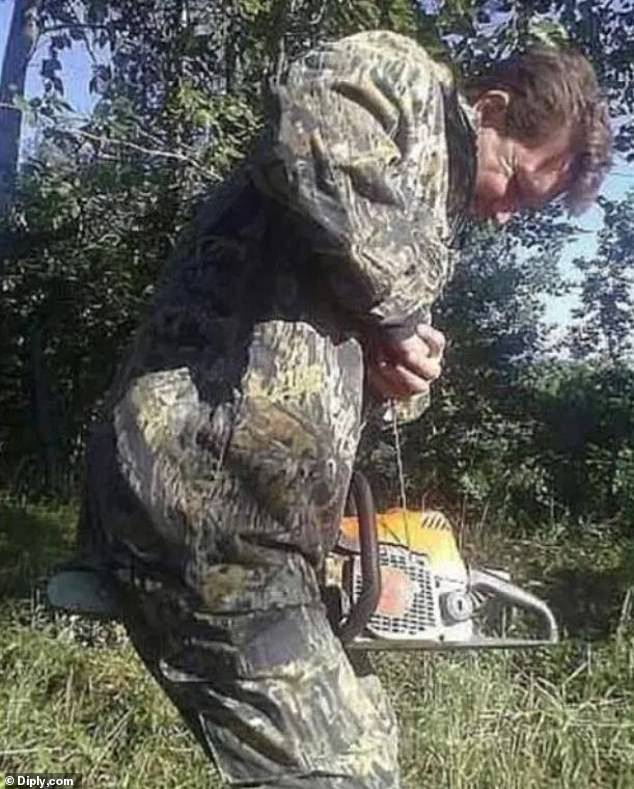 People worried that this man, from an unknown location, might not know how to use a chainsaw safely, as he tried to turn it on while the saw was inbetween his legs 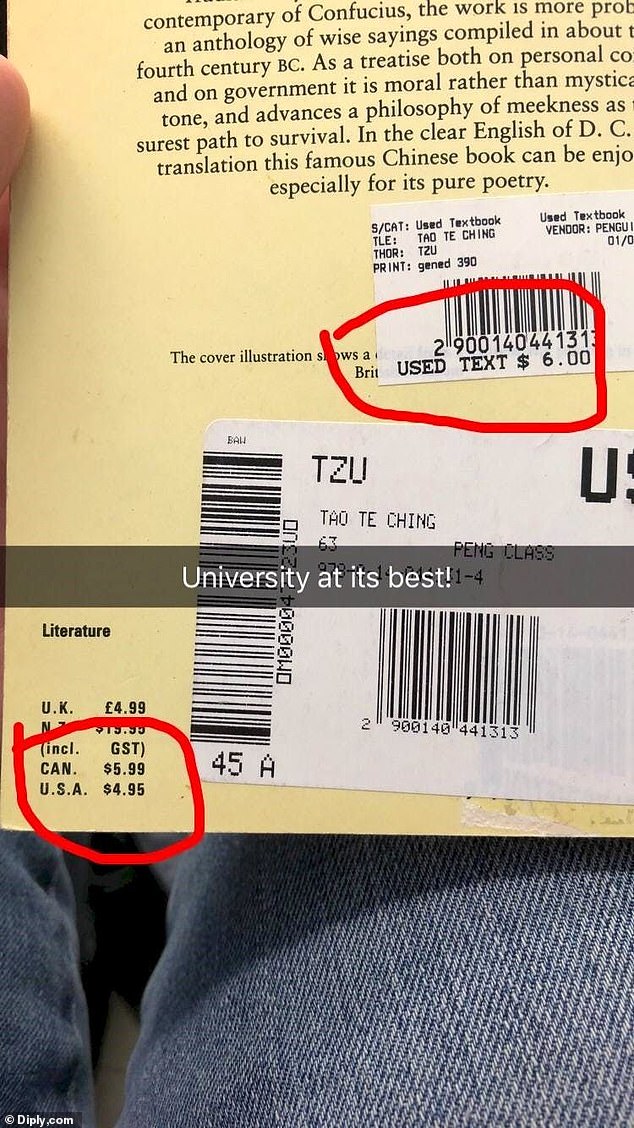 One student, from the US, noticed that their university library was selling used books for more than their original value