A prolific sperm donor who fathered a further six babies during lockdown, insists he reduces the risk to himself or the woman because he makes sure to wear a mask during sex.

The 49-year-old, from Vermont, who uses the moniker ‘Joe Donor’,  has 150 children worldwide after starting to donate his sperm in 2008, and is on track to impregnate 10 women this year.

He offers both sexual intercourse and artificial insemination – claiming about 50 per cent of his children are a result of having sex –  and says that he doesn’t charge for the service, but asks they contribute towards travel expenses.

Appearing on This Morning, he explained that he’s been ‘keeping himself busy’ during lockdown in Argentina – and baffled hosts Holly and Phil after saying that he keeps himself safe from coronavirus by ‘using positions that help stay two meters apart’. 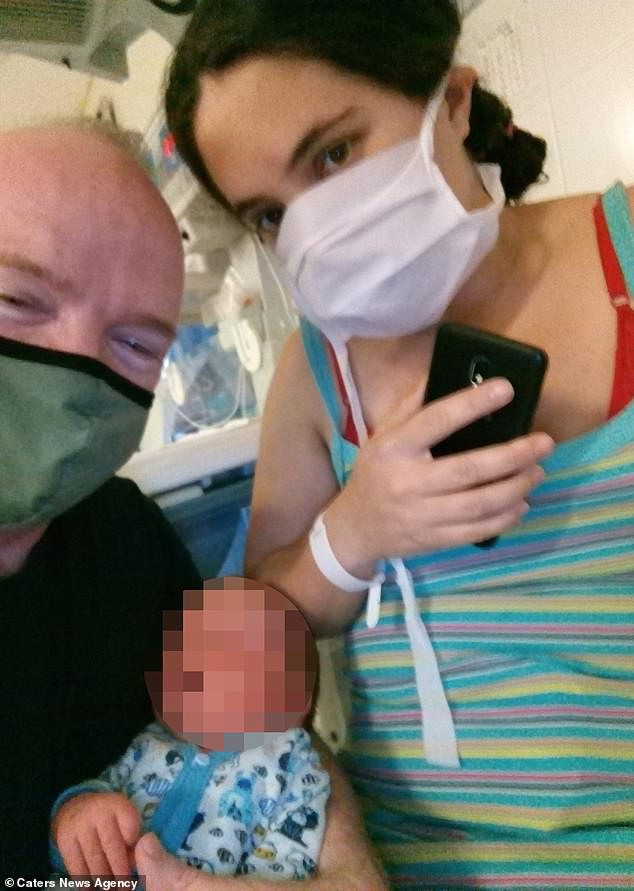 A prolific sperm donor who calls himself Joe Donor (pictured with one of his babies and their mother)  who fathered a further six babies during lockdown, but says he wore a mask during sex to protect himself from Covid-19 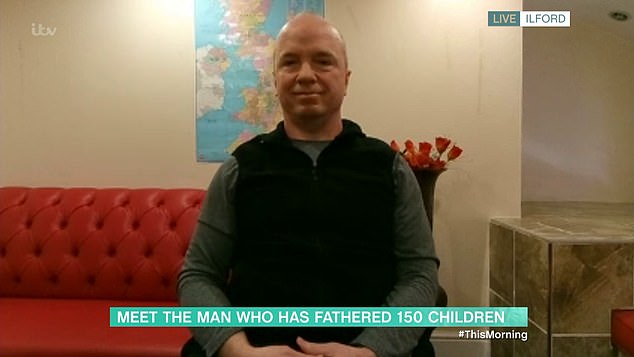 Appearing on This Morning, Joe, 49, from Vermont,explained that he’s been ‘keeping himself busy’ during lockdown in Argentina

‘I have five on the way,’ said Joe, ‘At first lockdown, we thought would only last for a little while, but it seems like it’s going to go on forever. So we have to get on with our lives and some women can’t afford to wait a year for this to work out.’

When asked how many times he had sex during lockdown, he said: ‘I don’t keep records, there wasn’t a whole lot to do during lockdown but I kept myself busy.

‘We wear a mask and use the positions that will lessen… and help stay two meters apart or whatever.’

Joe, who conceals his real name, has spent the majority of lockdown in Argentina after getting stuck there while donating his sperm – but the singleton is now in London and is already set to meet five women this week. 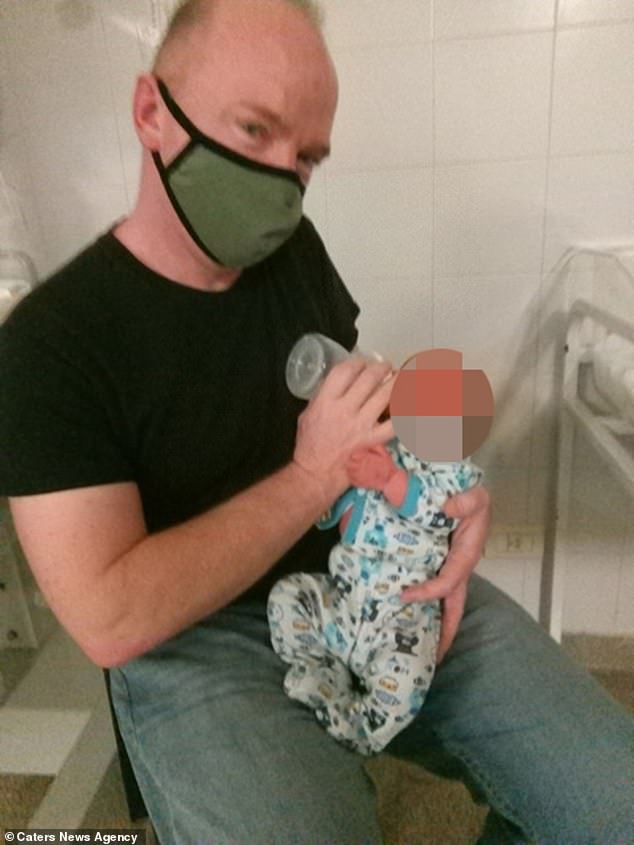 Prolific sperm donor, Joe (pictured with one of his children), with 150 children worldwide, has fathered a further six babies during lockdown after claiming COVID restrictions haven’t slowed him down 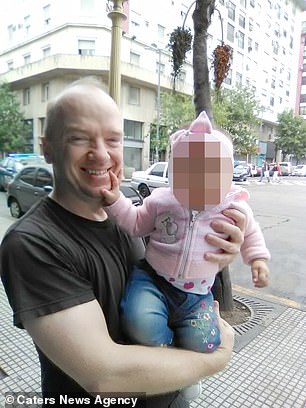 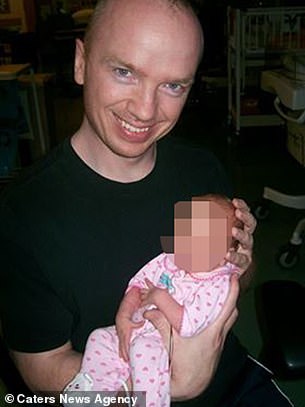 Thanks to Facebook and recommendations, Joe (captured with some of the children he’s fathered) says he has been as busy as ever since March

Thanks to Facebook and recommendations, Joe says he has been as busy as ever since March and hopes more British women in need of sperm will get in touch now they know he’s in the country.

While Joe doesn’t charge, he asks that women contribute for his travel, comparing himself to a doctor who is ‘creating life’.

‘I don’t really charge,’ said Joe. ‘I’m lucky if I break even on travel expenses, so if someone helps out with travel expenses that’s always welcome. 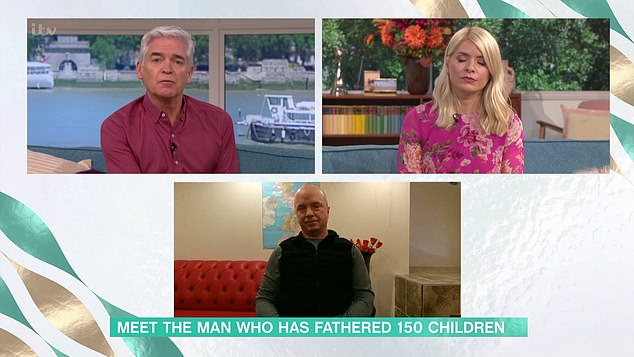 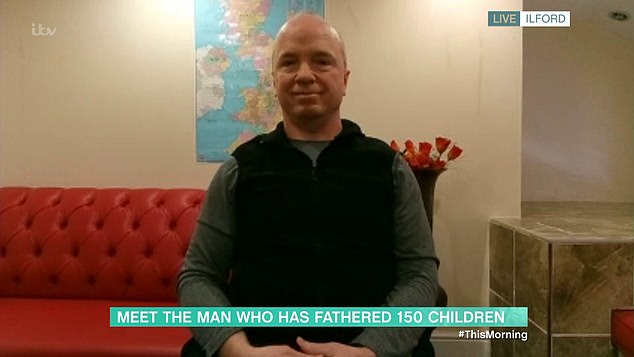 While Joe doesn’t charge, he asks that women contribute for his travel, comparing himself to a doctor ‘creating life’

Joe has travelled across America, Argentina, Italy, Singapore, The Philippines and the UK donating his sperm – but quickly left America after discovering that many angry partners where wielding guns.

‘That’s the reason I tend to leave quickly,’ said Joe. ‘As you know in the US everyone has a gun and sometimes the partners come home and they say “What’s going on here?” and the guns come out and I tend to leave.’

Joe, whose children will be able to try to track him down in the future, has previously admitted he is on a mission to impregnate as many women as he can, with 2,500 kids being a long-term goal.

He said: ‘Coronavirus hasn’t slowed me down and I feel busier than ever. I love seeing photos of the babies when they’re born as a lot of them do look like me.

‘I don’t financially gain from providing my sperm to women, I just enjoy helping people. Luckily I run a few online businesses so I’m always available and can provide sperm whenever they’re ovulating.’ 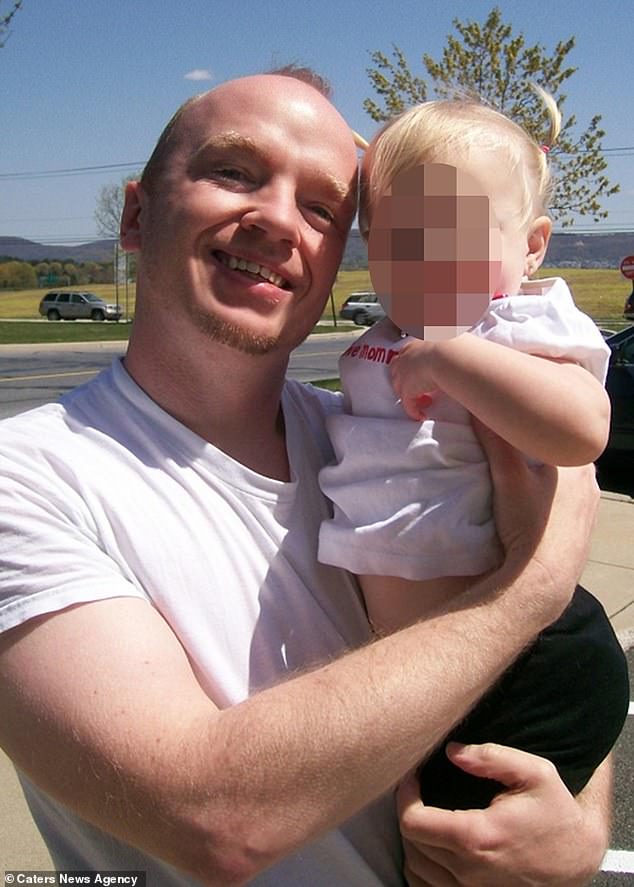 Joe (pictured with one of his children), who conceals his real name, has spent the majority of lockdown in Argentina after getting stuck there while donating his sperm 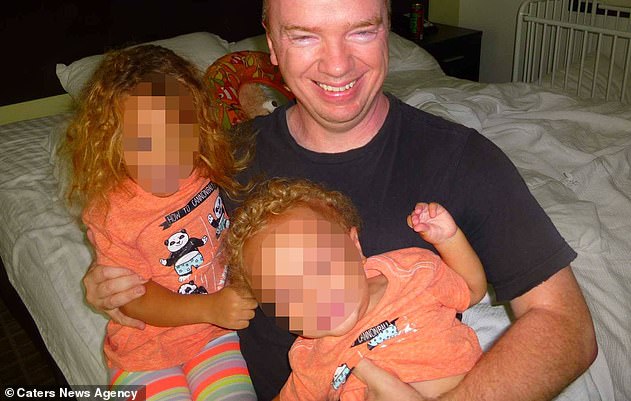 Joe (pictured with two of his children) has previously admitted he is on a mission to impregnate as many women as he can, with 2,500 kids being a long term goal

Joe, who claimed all his efforts are considered legal, said that he’s at risk of any of the children he’s fathered contacting him despite often donating his sperm anonymously.

This is because he’s not making his donations through a registered US clinic, which protects the anonymity of their clients.

He said: ‘I have babies all over the world and although people always worry over incestual issues, that has never happened. I aim to donate my sperm for as long as it works which could be until I’m in my 90s

‘I started donating sperm in 2008 and have fathered on average 10 children per year.

‘I have always said I wouldn’t father more than 2,500 but that would technically be impossible unless I live until the age of 250. ‘ 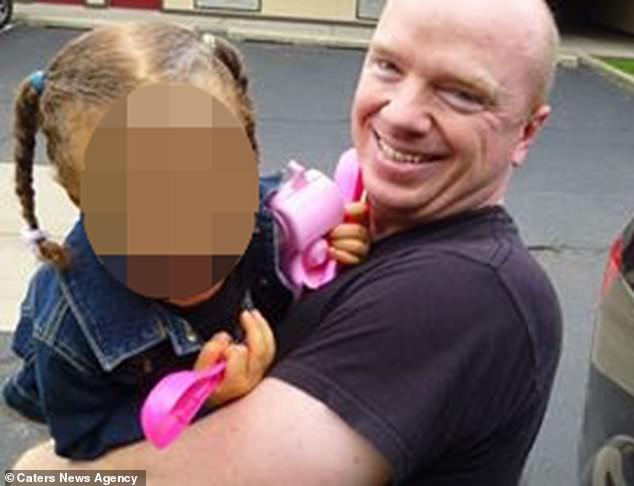 He added: ‘I offer both options and although the natural way has a higher success rate, I do understand that it’s not for everyone.

‘Some of the women are lesbians and would not want to have sex while others are married but their husbands are infertile.

‘There’s not a single charge for the “sperm pot” as I do just enjoy making the world a better place.

‘Some women do offer to help with travel expenses if they live far away. I always feel great when I know there has been a birth.’

Joe opts to have yearly medical checks to ensure he’s practising as safe as possible.

He adds: ‘I have a health check at least annually but if a woman requests more frequent testing, I will have another check on demand. 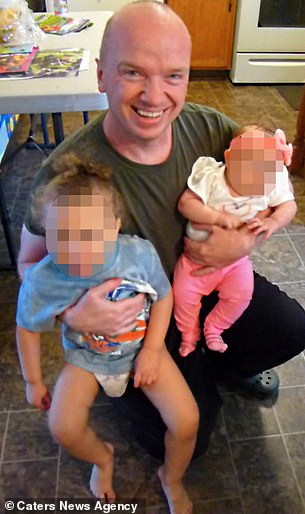 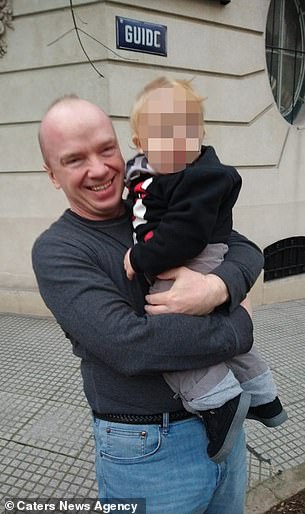 ‘There’s always a risk as what I’m doing isn’t regulated but women have checks during pregnancy too so they’d soon find out if they’d contracted a sexually transmitted disease, which has never happened.’

Joe is hoping to head back to his hometown after his UK trip but says he’s happy to travel anywhere in the world to donate his sperm.

He added: ‘I’m contacted by women all over the world via Facebook or email. I don’t mind travelling as I can work wherever I need to in the world.

‘I’m hoping that as lockdown eases in some parts of the world again that it’ll be easier to travel more frequently.’

Tags: a, donor, He, Ma, says, Sperm, wears
Recent Posts
We and our partners use cookies on this site to improve our service, perform analytics, personalize advertising, measure advertising performance, and remember website preferences.Ok