Environment Minister Sussan Ley has vowed to stare down a challenge from conservatives within the Liberal Party after signs she could be targeted in a factional war that is threatening other federal MPs.

Prime Minister Scott Morrison is expected to back Ms Ley and other sitting MPs as federal candidates at the coming election in a bid to quell the unrest. 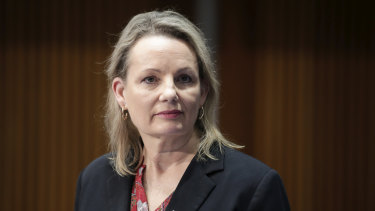 But the tit-for-tat disputes have already triggered challenges against four sitting MPs and are tipped to lead to similar moves against others as Liberal factions compete for power.

Ms Ley acknowledged the potential challenge on Wednesday with a warning that outsiders had come into her electorate of Farrer, in regional NSW, to try to shift the balance within the Liberal Party branch.

“We’ve never seen that west of the Great Divide. We’re not used to that in rural and regional Australia. I do hope that it’s not happening but I will stare down any challenge that comes my way as someone who has worked hard for the people of Farrer over many years.”