Tallulah Willis posts picture of her bare butt on Instagram

Tallulah Willis on mental health and the healing power of fashion

Tallulah Willis and Demi Moore were estranged for three years

The picture, taken by photographer Tyler Shields, shows the 27-year-old fashion designer curled up in a ball with her eyes closed as she lies on verdant grass.

She also shared other snaps and videos, including a sexy shot of her splayed out across a couch in black lingerie and a silly one of her singing (badly) and dancing around.

In another set of newly released photos, Willis posted a snap of herself grinning in a bathtub, along with shots of her boyfriend, Dillon Buss, and her older sisters, Rumer and Scout.

Alongside them, she wrote a pensive note seemingly announcing that she’s moving.

“I say goodbye to these walls, within whom love has bloomed, friends have turned family, animals have left us and joined us, empty space and fearful flounder birthed an unknown delight of interior design,” she wrote.

“To each and every soul that passed through that doorway, that saw not just my evolution from girl to woman, but a space made a home – I thank you I love you and I’ve needed you,” she added.

Willis also described herself as “a woman in love, fighting for joy and happiness in each day, speaking louder than I ever thought I could.” 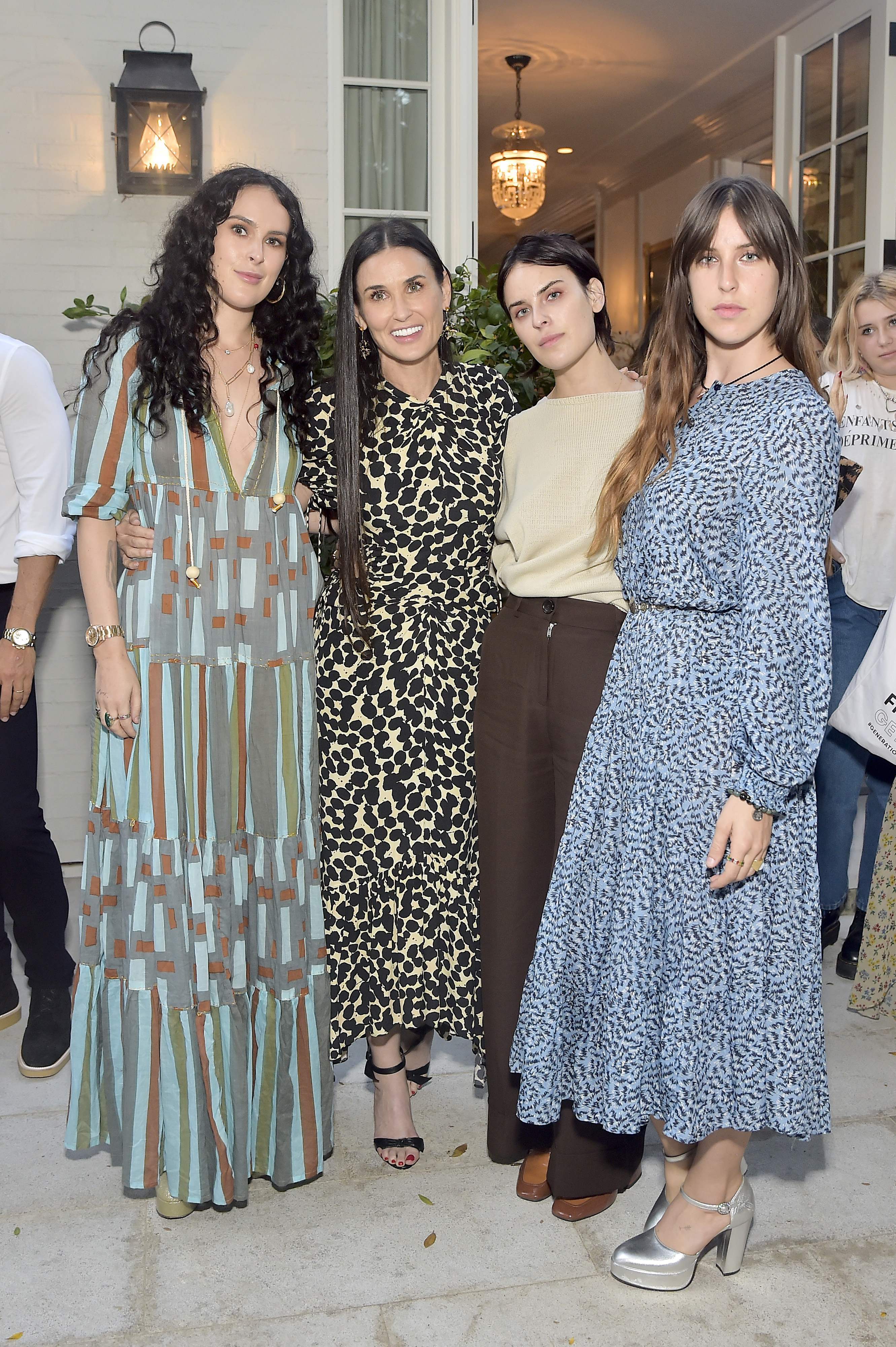 It’s not the first time the Wyllis fashion line founder has shown some skin. Last September she posted a racy snap of her derrière to Instagram, alongside the caption: “Honey, she’s home.”

Posing in the buff seems to be a family tradition.

Willis’ mom, Demi Moore, famously appeared nude on the cover of Vanity Fair in August 1991 when she was heavily pregnant with her second child, Scout. And nearly three decades after that hugely controversial cover, the “Ghost” actress stripped off once again for the October 2019 cover of Harper’s Bazaar.

Willis has been outspoken about her struggles with body dysmorphia and an eating disorder as well as suicidal thoughts and sobriety.

Last year Willis revealed that she didn’t speak to Moore for “almost three years,” leaving her feeling “shattered.” The two reconciled and Willis reached out to her mother when she needed help with sobriety.