Tara Reid is defending herself against online body shamers who have criticized her for being “too skinny.”

“To all who made their great comments exposing their hate for my artsy picture I posted yesterday, it was the angle,” the “Sharknado” star, 45, wrote on Instagram on Wednesday after a photo of her in a bikini raised concerns among her followers.

“Here is another picture from yesterday to show you I am not too skinny, I have a high metabolism. Anyone with a high metabolism understands it’s impossible to gain weight,” she argued, adding, “All I do is eat.”

Several fans had called out Reid’s worrisome weight after she posted a black-and-white photo of herself in a bathing suit on Tuesday, which was shot by friend and fellow actress Taryn Manning.

“What the hell happened to you???” questioned one follower in the comments section.

“You’re such a gorgeous girl (in fact I always get told I look like you when you were younger 😂) and it’s sad to see you like this,” wrote another. “I hope you’re happy, that’s the main thing!” 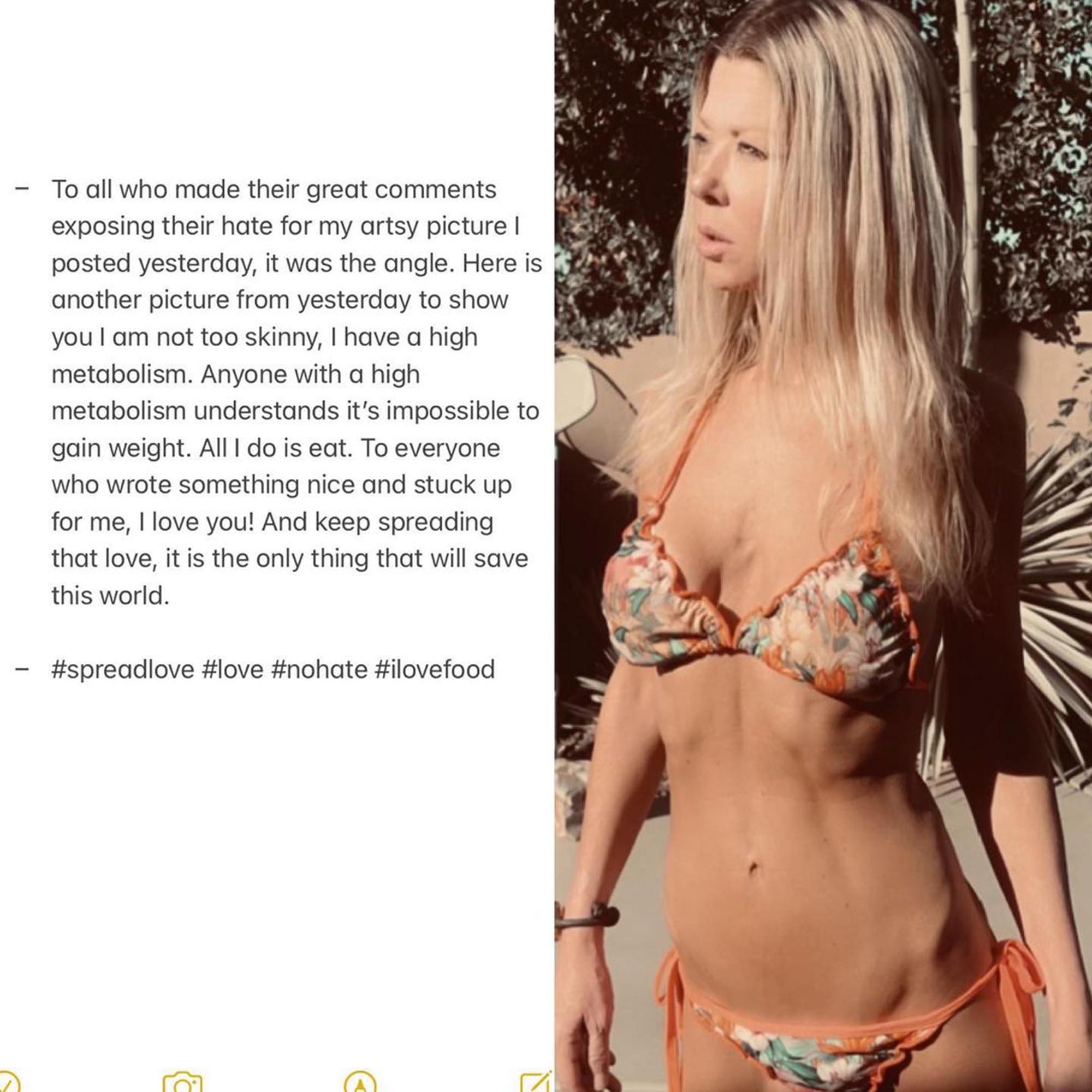 In her response on Wednesday, Reid included a color photo of herself wearing the same bikini and encouraged her followers to spread positive messages.

“To everyone who wrote something nice and stuck up for me, I love you!” she ended her note. “And keep spreading that love, it is the only thing that will save this world.”

Manning, 42, stuck up for Reid in the comments, writing, “How many sit-ups did we do yesterday? Soooo many. My flabby arse in full affect [sic]!”

Next post Jessica Chastain: It takes a lot of energy to get your makeup done for hours
Related News
Lifestyle
Recent Posts